Hooked owner Danique Martin opens the doors on a nearby storefront, Assemble, expanding her knitting business to incorporate sewing machines, fabric, and staff from the recently shuttered Little Shop.

The Merchantville resident built her yarn boutique, Hooked, on a nine-year foundation established by its predecessor, Woolplay, which she purchased from owner Nadine Shapiro in 2012.

This week, in a second storefront just a little farther up the block (417 North Haddon Avenue), Martin launches Assemble, a spinoff sewing and fabric space incorporating staff, equipment, and inventory from The Little Shop. The Haddonfield quilting supply store, which had occupied 143 East Kings Highway for more than 60 years, closed its doors for good December 23.

“People would come in the store before Christmas and say, ‘It’s so sad,’” former Little Shop owner Debbie Hagy said. “I said, ‘Look at the smile on my face!’”

Hagy, who sold the business to Martin, said she hasn’t lost her passion for fabric arts, but was seeking the opportunity of a reduced role within the business. When she approached Martin with an offer to sell, Hagy said both women quickly realized “‘Yes, this is going to work for both of us,’” she said. 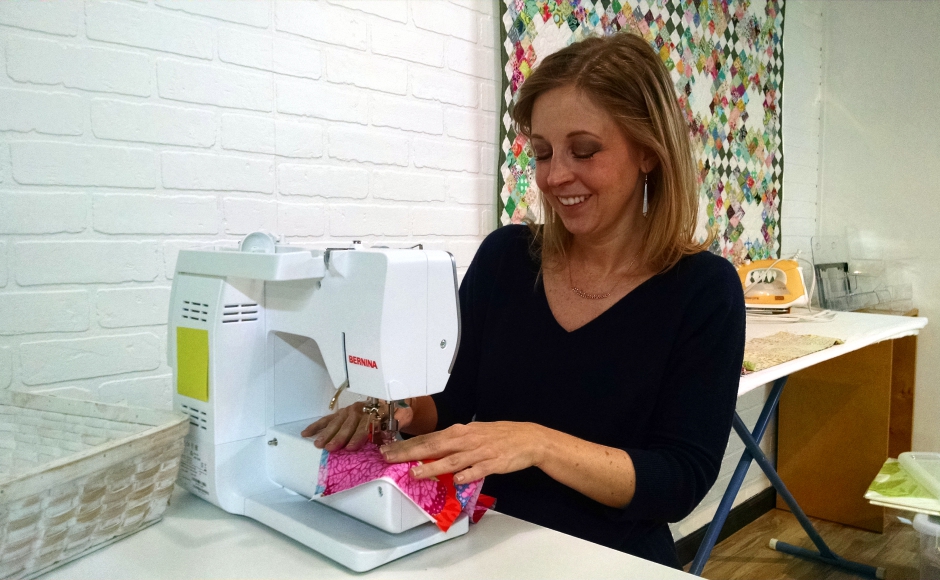 Martin demonstrates one of the Bernina sewing machines at Assemble. Credit: Matt Skoufalos.

“It couldn’t be better,” Hagy said. “I know [Martin]  and like her, and we both see the important things the same way.”

Martin said the Assemble tagline—“a place to gather, a space to create”—reflects its dual purpose to provide a functional work and social space for the local community of fabric artists that patronize the weekly, 90-minute classes she leads at Hooked. Hooked customers produce everything from blankets and clothing to accessories, bags, and socks; at Assemble, sewists will tackle quilting, garments, curtains, pillows, and more.

In addition to supporting the niche industry around which stores like hers have blossomed in the past decade, Martin believes both shops have the potential to help fabric artists nurture their creativity without feeling like they suffer from a deficit of formal training.

“I think people think of the word ‘craft’ as a bad thing, and I want people to know that it’s not a bad thing,” Martin said. “A craft is something that with a little bit of gentle guidance anyone can do.” 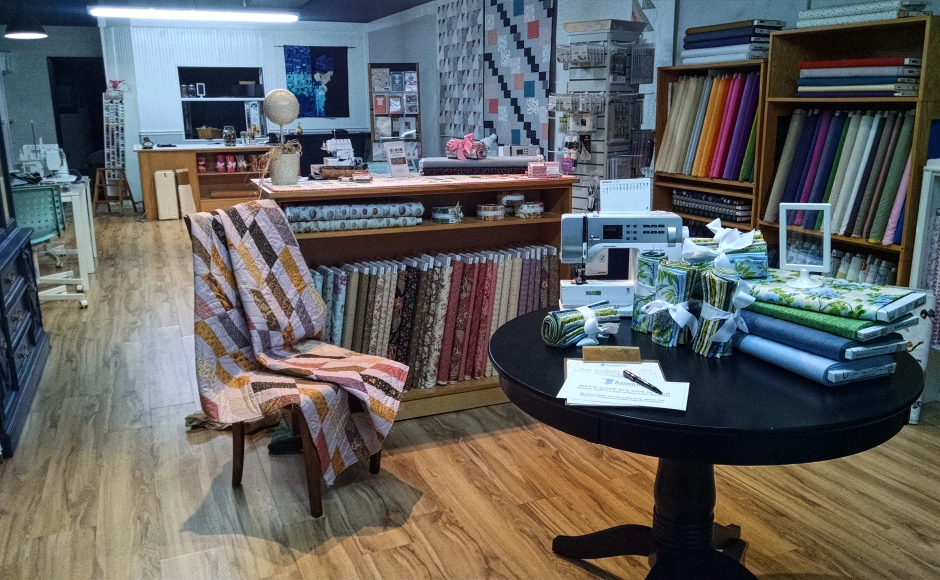 Hagy described the pastime as “a very creative, fun way to express yourself” that transcends generations.

“It’s not specific to any age group,” she said.

“The art is fun and different, and exciting.”

Martin said she thinks older generations are attracted to fiber arts to sustain a legacy they were taught in childhood, whereas “the next generation wants to be self-sufficient and live off the grid.

“In general, it is a falsehood that you can make [something]for less than you can buy it,” Martin said, “but the quality and knowing that you’ve made it yourself can’t be matched.”

Whether at shops like hers in Haddonfield, at The Quilted Nest in Collingswood, or The Village Quilter in Mount Holly, Martin said the diversity and availability of fabric-arts retailers in the region reflects “the desire for the shift that’s happening in the quilting world.

“Everybody’s doing things a little bit differently, and there’s definitely room for everybody,” she said. “I love to have people sharing their love of what they do, and I really enjoy my customers.” 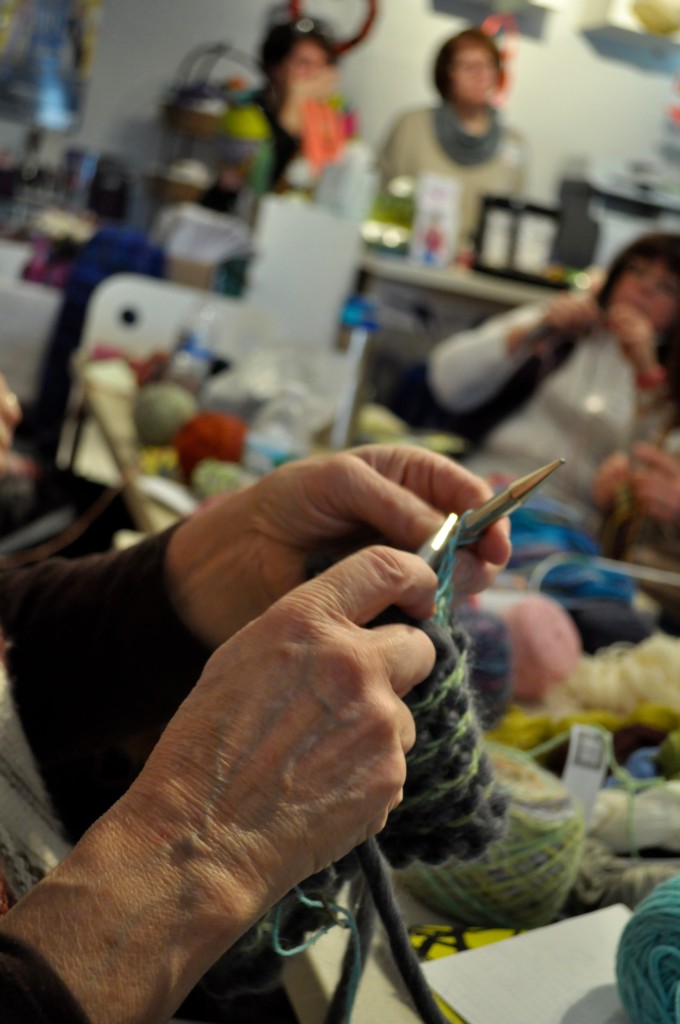 Susan Fox of Haddonfield, who has kept a regular Thursday afternoon appointment at Hooked for five years, said knitting is a calming, meditative practice that helped her transition into retirement from her career as a flight attendant.

“When I take a class with Danique, it’s always something that I actually learn, and it stays with me,” Fox said.

“She’s been a good friend, she’s been a great influence, and I’m so excited for this new business.”

As testament to the strength of the community Martin has cultivated around Hooked, customers like Fox have helped her ready Assemble for its launch.

“We all kicked in and painted and scraped and cleaned the new space,” Fox said, “to help get this going for her, because we all think she can make a great go of it.”