The celebration, which began as a component of the township sesquicentennial, has evolved into a highlight of the regional seasonal events calendar. 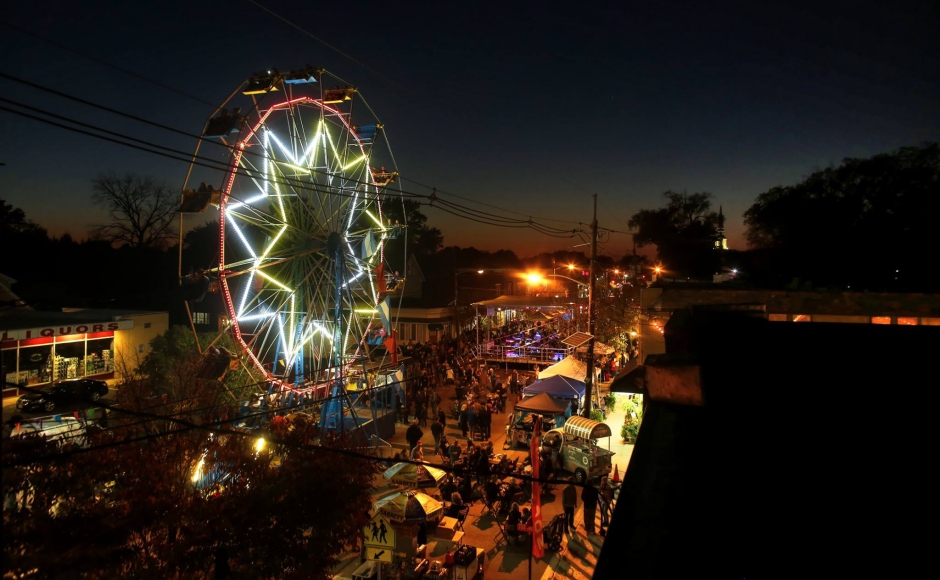 For the seventh time since it was first brought to downtown Westmont, the 70-feet tall Ferris wheel from Skelly’s Amusements will be parked in the middle of Haddon Avenue for the day.

It’s been the symbol of the Haddon Township Music Festival (HTMF) for just as long: a visual representation of neighborhoods in the community joining together, like spokes on a wheel, to keep the town moving forward.

Festival cofounder Doug Kelly, who coordinates the 16 local musical acts appearing on Sunday’s bill, said the Ferris wheel, like the gathering itself, has always been about shifting the perspectives of its guests; getting them to see their hometown from a new perspective.

Even seven years after the municipal government parlayed the success of the inaugural HTMF into an annual event, Kelly said it still brings him a tremendous amount of joy.

“I’m feeling nostalgic about it,” he said. “We’re proud to show the town off. It feels like we’re doing it for family, and then guests come in.”

The event has only grown in size, thanks to the work of Haddon Township Business Improvement Coordinator Kate Burns, who coordinated the 47 vendors, 11 food trucks, two beer gardens, and laundry list of children’s activities available at the show. Thanks to the commitment of the township commissioners, the entirety of the event is free to all who arrive.

“Kate doing the vendors, me booking the bands, Public Works, the police; we’re all working as a team,” Kelly said. “Everyone’s excited, and feels how well we work together, and how much it’s changed our town forever.”

The Haddon Township Music Festival is known as much for the scale and scope of the event — which closes down Haddon Avenue between Cuthbert Boulevard and West Albertson Avenue from 6 a.m. to midnight — as for showcasing local talent. 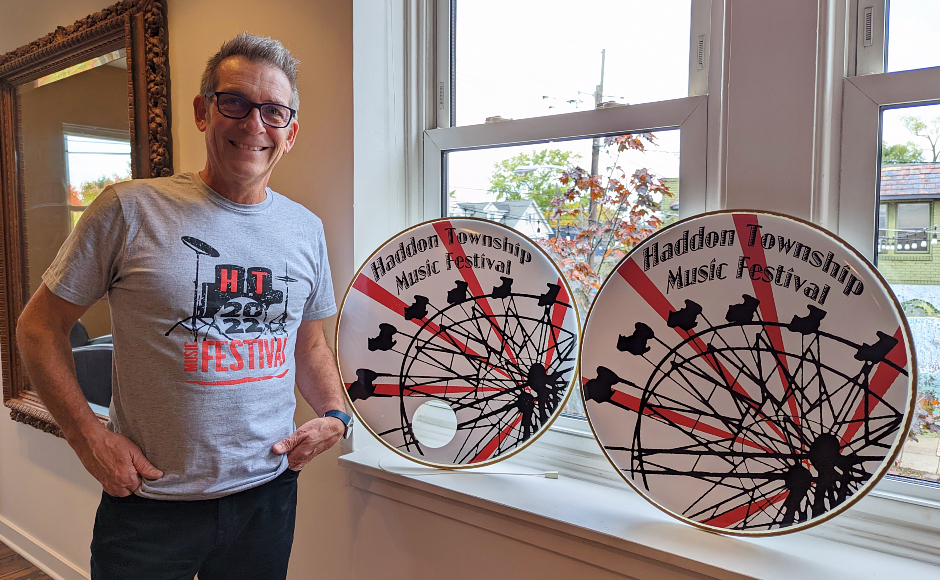 Each of the 16 musical acts has its roots in South Jersey, and all the players anticipate performing for their peers and neighbors.

“One of the things we did this year was mix up the lineup so that everybody will get to see great acts,” Kelly said.

“You don’t have to wait until the end to show up.

Appearing on the bill for the first time Sunday is Lounge Fly, a Stone Temple Pilots (STP) tribute act.

Drummer Ira Fleischer of Haddonfield said his band is “beyond excited” to play the festival.

“This is a hometown show for us, and we never get to do anything like this at all,” Fleischer said. “We know it’s probably not normally where you see an STP band, but we’re jazzed up.” 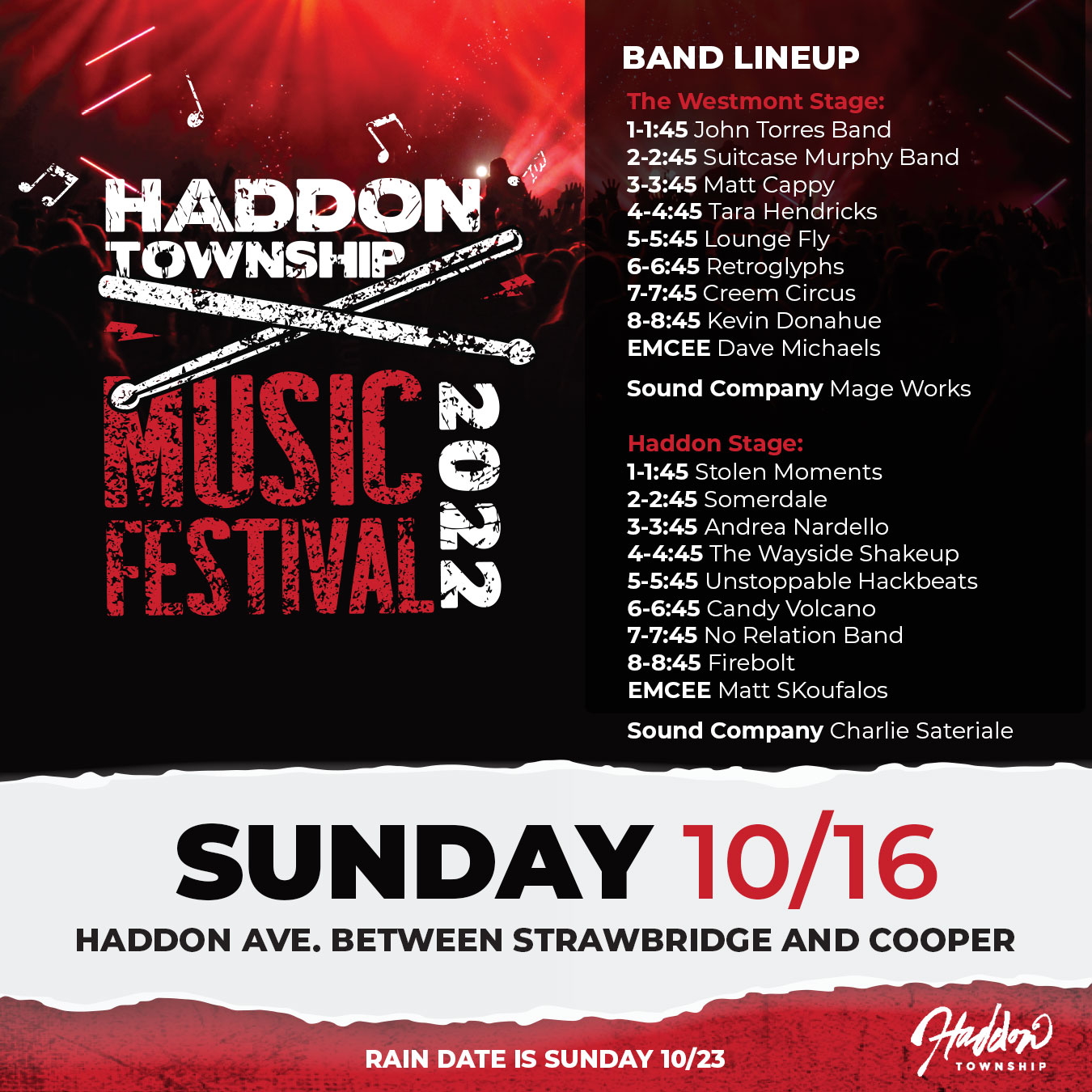 Fleischer, who describes Stone Temple Pilots as one of his top three favorite bands, said Lounge Fly pays homage to the 90s grunge act in all aspects of its performance.

“You’re gonna hear ‘Plush’ and ‘Interstate Lovesong’ and ‘Big Empty’ and ‘Wicked Garden,'” he said. “We’re playing ‘Sour Girl,’ which was a later hit for them, and ‘Big Bang Baby.'”

“For us, it’s all about authenticity,” Fleischer said. “Everything’s melodic, even when it’s really heavy. We’re coming out there, and our job and responsibility is to sound like STP.” 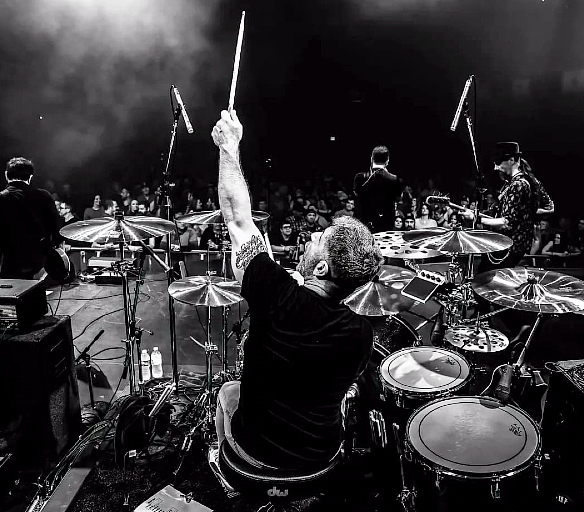 Beyond the music, the amusements, the refreshments, and the road closure, Kelly said the event holds a special place in his heart for its sense of community.

Last year’s event marked the sixth annual festival, but only its fourth performance, after cancellations due to weather in 2019 and the novel coronavirus (COVID-19) pandemic in 2020.

Nevertheless, it brought some residents together in public for the first time in 2021, Kelly said, as the massive turnout reminded everyone of how much they’d missed by being apart.

It also reinforced the strength of a downtown business community showcasing all it has to offer in one big party.

“The idea was to highlight the town and all that’s been done [in 150 years],” Kelly said.

“I’m just happy to see it continuing,” he said.