Trending
You are at:Home»Arts»Haddon Township Music Festival Returns Sunday, Oct. 17, for a Fifth Spin Around the Ferris Wheel

The free, all-day event will showcase 16 local bands on two stages, with activities for children, two beer gardens, and more than 20 food, beverage, and retail vendors. 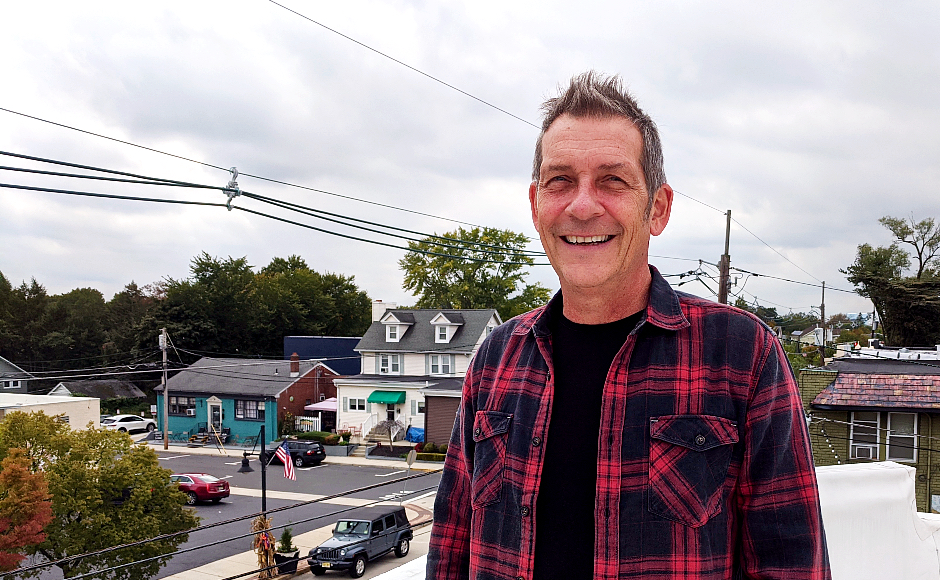 On Sunday, October 17, Haddon Township will welcome its fifth outdoor music festival, the first since 2018.

From 1 to 9 p.m., 16 bands on two stages will perform 45-minute sets for a crowd of thousands, flanked by 20 food and dessert trucks, two beer gardens, and an array of vendors.

At the center of it all, is event coordinator Doug Kelly’s favorite attraction: a seven-story Ferris wheel, free to ride, offering a singular view of the community below.

To Kelly, who pitched the event in 2015 in celebration of the 150th anniversary of the incorporation of Haddon Township, the wheel was a way to bring together every neighborhood in the town for a fresh look at their home.

After the 2019 festival was rained out (twice), and no show was scheduled in 2020 amid the novel coronavirus (COVID-19) pandemic, Kelly anticipates this year’s event as a showcase for new neighbors who will be experiencing it for the first time.

“There’s so many new people who live in town that I’m excited to get them to see their town from a different perspective,” he said. “It kind of feels like the first one again, in a way.”

If absence makes the heart grow fonder, Kelly believes returning concertgoers will be equally excited to enjoy another big, outdoor show after some time apart from the event.

“The two years [off] gave us the opportunity to value music and value arts,” he said. “I think it’s extra-special because it’s coming out of COVID. I think the two years felt like 10 years.

“Going into 2021, who knew if these kinds of things would ever come back again?” Kelly said. “I’m excited to have an opportunity to do it one more time, with such a great group of people.” 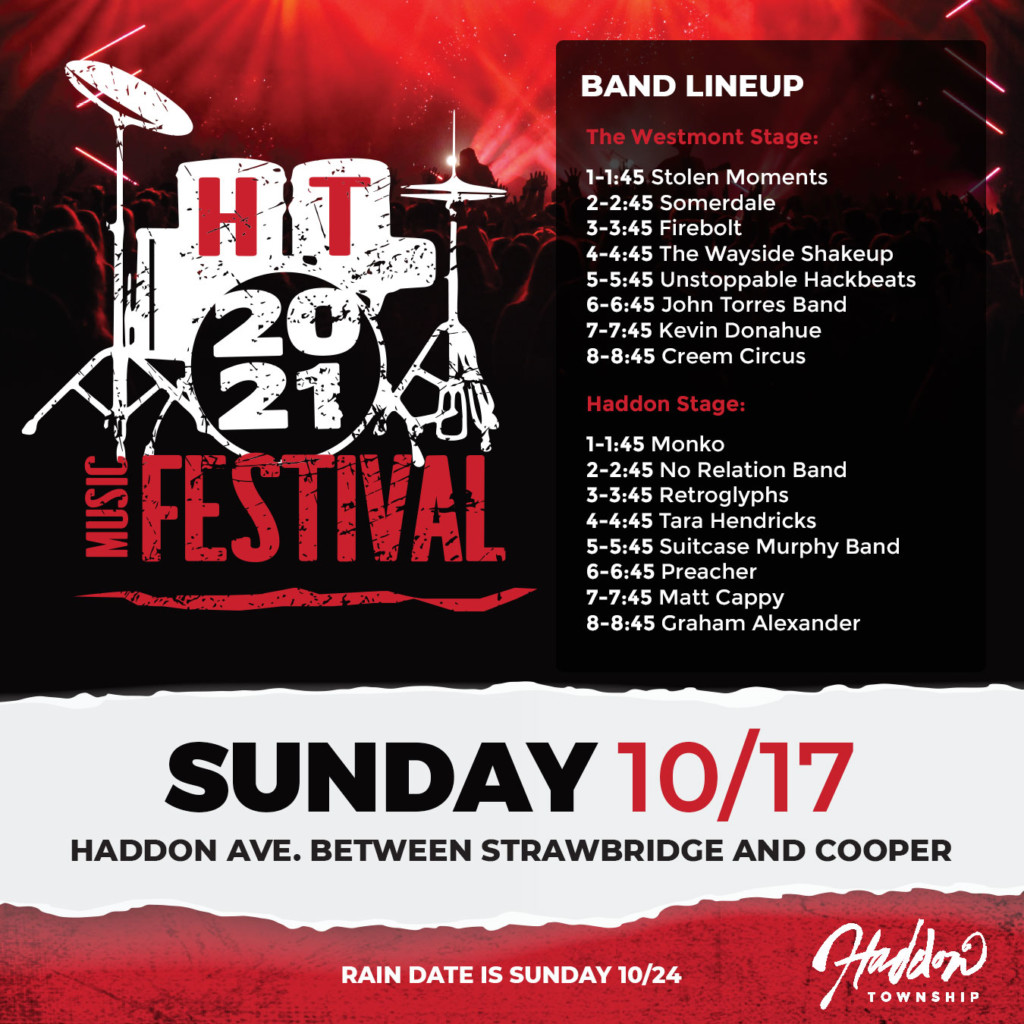 The Haddon Township Music Festival is also a decidedly local showcase, featuring performers from throughout South Jersey, many of them hailing from adjacent towns like Audubon, Cherry Hill, and Collingswood.

To Kelly, the ability to source a full lineup of professional acts, largely from in his own backyard, is testament to the variety of arts and culture the Haddon Avenue corridor has to offer.

“When I get up on the wheel and I see Philly, I think the small town that I grew up in feels like a metropolitan town now,” he said. “I want more people to see that this region is like this.

Among those local acts who are new to the bill this year is trumpeter Matt Cappy of Collingswood. A jazz performer who cut his teeth with Philadelphia singer Jill Scott and The Roots, Cappy said he’s excited to play for the home crowd.

“It’s been a good festival and a growing festival, right in our backyard,” he said. “Folks are out and supporting it, from the town and their families, to the musicians and the artists. 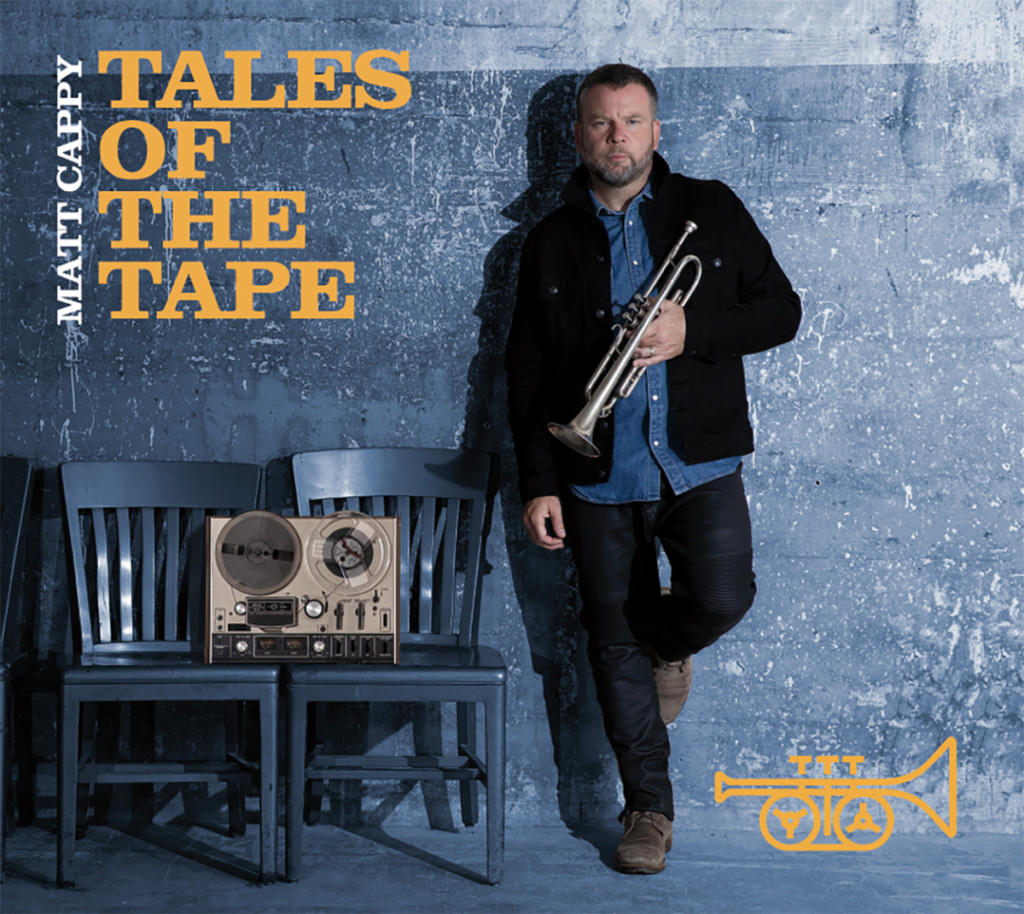 Matt Cappy’s Tales of the Tape is titled in homage to his first music teacher, Joe Fallon. Credit: Matt Cappy.

“The ability to have a main street like we do in each of these towns, to stroll about and ride your bike; the community aspect is big, and the arts play a big role [in it],” Cappy said.

“It speaks a lot to this area and why we call it home.”

There’s another personal connection to the show for Cappy, whose first trumpet instructor was the late Joseph Fallon, a professional musician who chaired the performing arts department at Haddon Township High School, where he taught for 25 years.

Fallon’s instruction was instrumental in helping Cappy find his sound, and the title of his latest album, Tales of the Tape, is an homage to his teacher.

“I would show up with a cassette, he would tape vinyl to it, and I would take it home and listen,” Cappy said. “He was pouring [music] into me, as a young middle-schooler, whether it was jazz, or classical, or musical theater.

“Joe’s no longer with us, but he’s a huge reason why I’ve been able to make it to the professional ranks, and gotten to do touring,” he said.

Sunday will also be the first time Collingswood native Chris DiPinto takes his glam rock power trio, Creem Circus, to the Haddon Township Music Festival. For DiPinto, a soft-spoken Philadelphia luthier, the festival represents a chance to showcase his louder, flashier side to the neighborhood.

“I’m always trying to top myself,” DiPinto said. “I’m pretty low-key; people talk about the transformation. But if you want to get these people interested, you’d better put on a great show. Bring it all the way. That’s part of the theatrics.”

To that end, DiPinto fully embraces the glam-rock style of the 1970s arena-rock acts of his childhood. Just as he builds his own guitars, he fashions his own stagewear by hand, embedding LEDs into outrageous vintage outfits, the better to fully inhabit his rocker persona. 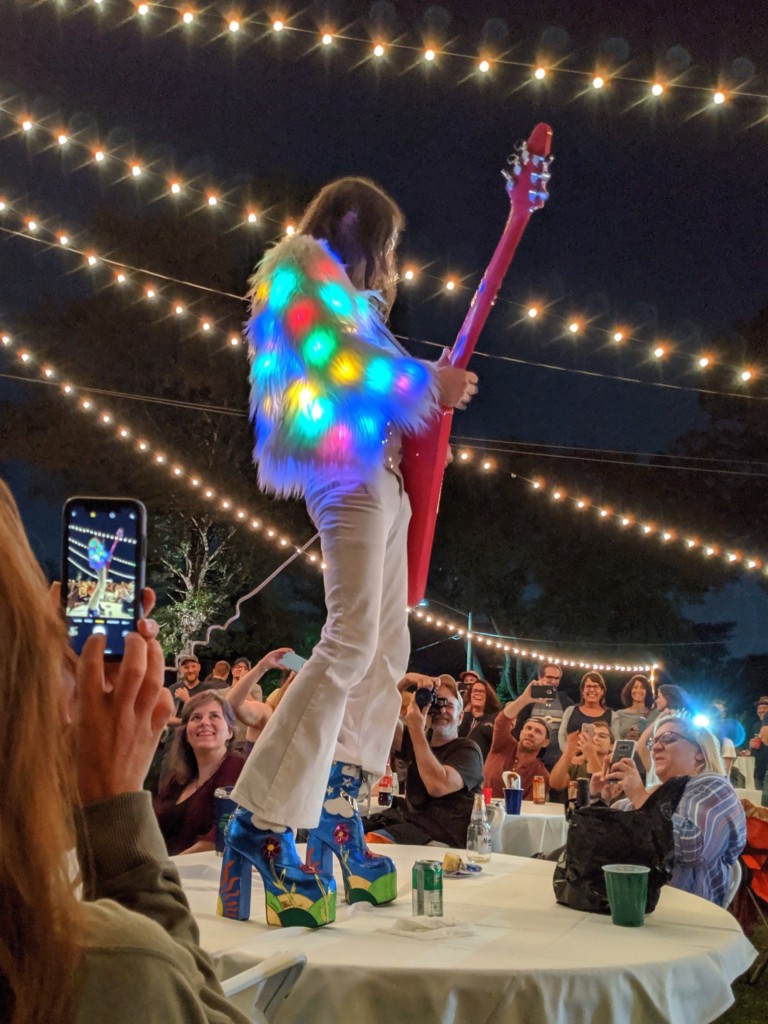 “For a long time, there’s been this thing of people going onstage in the jeans and tee shirts,” DiPinto said.

“Nirvana brought dress-down in. It was cool, it lasted; maybe it lasted a little too long.

“I’ve always been interested in the theatrics of it,” he said.

“My earliest memory was Elton John; that was my first show at the Spectrum.

“I want to be that guy who screams into the mic and gets people excited.”

Creem Circus’ latest release, The Glitterest Sladest Rockinest Laidest Overtime-Paidest Boogiest Band in Town, fully realizes that agenda—first, with a title that travels the length of the album spine, and then with its repertoire of boogie-woogie, arena-rock jams.

DiPinto does his best to channel glam rockers like Marc Bolan, Noddy Holder, and Bryan Ferry in faithfully recreating the feeling of their performances onstage. The Haddon Township Music Festival is an opportunity to take the audience into that time machine with him.

“You can be a stranger in your own town sometimes,” DiPinto said. “Here’s a chance to meet musicians in your area, and hear what they’re doing, and then it turns into other bills and shows,” he said.

The Haddon Township Music Festival runs from 1 to 9 p.m. Sunday, October 17, with a rain date of Sunday, October 24. The event will close Haddon Avenue along Cuthbert Boulevard to Cooper Street from 6 a.m. to midnight. All performances—and Ferris wheel rides—are free.