After overcoming challenges to his multi-concept beer garden and restaurant from the developers of the multifamily apartments across the street, runner Dave Welsh hopes to open the business later this year. 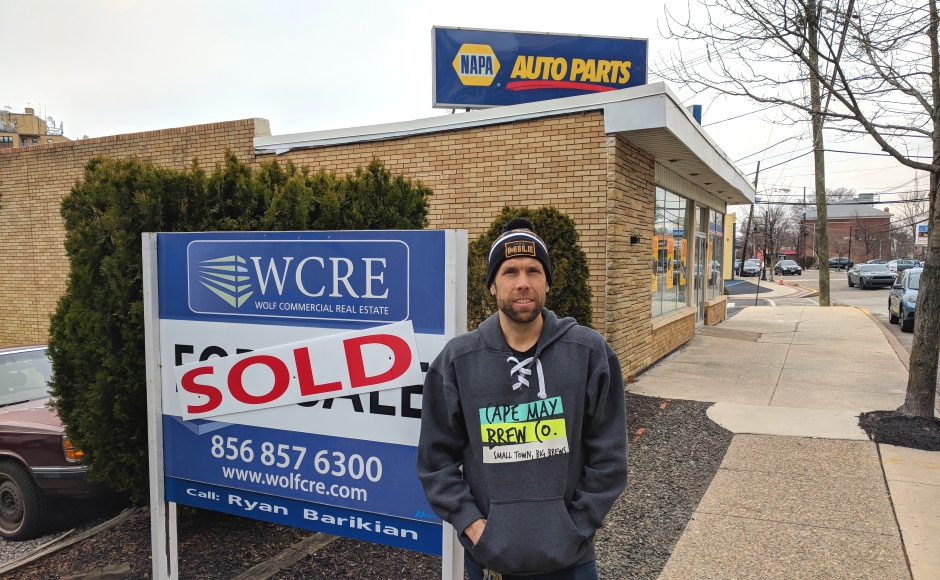 Dave Welsh stands outside the Napa Auto store in Haddon Township that he plans to convert into Reunion Hall. Credit: Matt Skoufalos.

When Haddon Township lifer Dave Welsh purchased the former Napa Auto Parts building at 206 Haddon Avenue in February 2019, he thought it might take the better part of a year to convert it into Reunion Hall, his modern beer garden and multi-concept restaurant.

That timetable was first upended by 20 months of novel coronavirus (COVID-19) pandemic-related delays and a lengthy, negotiated approval process at the township planning board.

Then it was stalled again by another 17 months of legal challenges from his new neighbors, Fieldstone Associates of Bridgewater, owners of the Haddon Towne Center, the multifamily apartment complex on the opposite side of the street.

The development corporation had challenged Welsh’s project in depth during the land-use board meetings on the grounds that it lacked parking sufficient to accommodate the number of customers it would draw, despite Welsh securing an additional parking lot and the township relaxing its parking standards.

And when Fieldstone brought that same argument before New Jersey Superior Court Judge Steven J. Polansky, he too found it lacking.

According to Polansky’s June 16 verdict, the Fieldstone suit was dismissed with prejudice for “reasons set forth on the record,” a determination that upheld presentations by Welsh’s attorney, Matthew Madden of Haddonfield, and Marylou Garty of Moorestown, who represented the Haddon Township planning board, the other named defendant in the suit.

Both Madden’s and Garty’s arguments rested on the notion that the board had acted appropriately in granting Welsh relief from local parking requirements, particularly after the township municipal government revised those requirements downward, by statute, in August 2021.

Another statute adopted in 2017 also allows Welsh to fulfill his parking requirements via an additional parking lot adjacent to the restaurant, and without needing a variance from the board, as Fieldstone had argued. 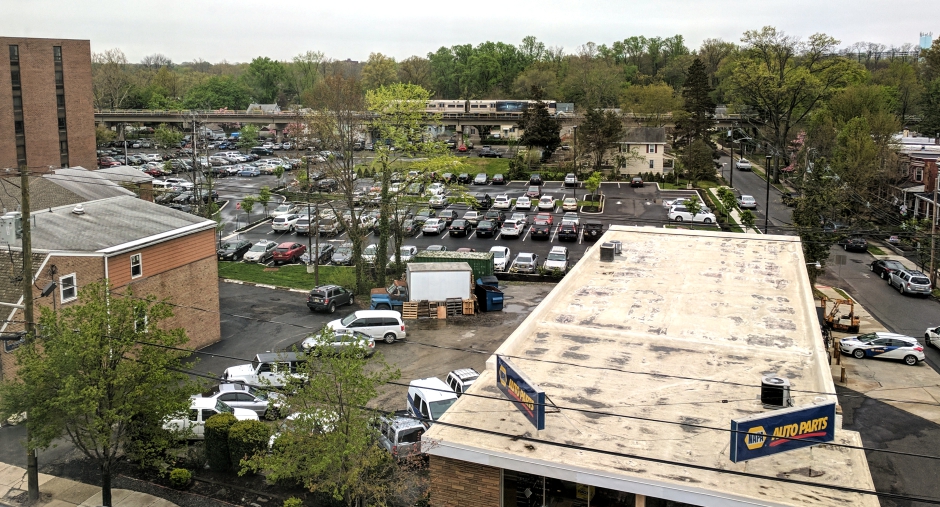 View of the Napa Auto Parts store from the 1000 building of the Haddon Towne Center across the street. Credit: Matt Skoufalos.

In her brief on behalf of Haddon Township, Garty wrote that Fieldstone’s interpretation of the regulation “strains logic and common sense.”

Both she and Madden likewise found little evidence for the developer’s claims of “procedural due process violation,” noting that the board had offered plenty of time for objectors to the proposal to be heard at the meetings, and that Fieldstone had made no requests for additional comment or questioning that were ignored throughout the process.

Despite prevailing in court, Welsh said the cumulative effect of defending his restaurant application both in the township meetings and in court for nearly the past three years left him exhausted and behind schedule on the project, while increasing its costs significantly.

Yet the time invested also allowed Welsh to improve upon his initial design for Reunion Hall in ways that he believes will make for a superior project.

“I never would have had the upper area with retractable roof if it wasn’t for this delay,” he said. “We re-did the HVAC system by zoning it, which brought down the cost, and it’s going to make it easier for me [to fix] if I ever have issues with it.

“The worst part of it is look how much the interest rates and the cost to build it have gone up,” Welsh said. “It’s going to be a multi-million-dollar build-out now. But this is the final piece of a jigsaw puzzle that’s been going on.”

Welsh, whose other businesses include RunningCo of Haddonfield and The Mile in Runnemede, said Reunion Hall will complement each by offering a headquarters for races, running clubs, and other related events.

He also believes its structure—three independent restaurants and a coffee concept anchored by a common dining hall and bar service—has the potential to draw out-of-town residents to Haddon Township in ways that will benefit neighboring businesses. 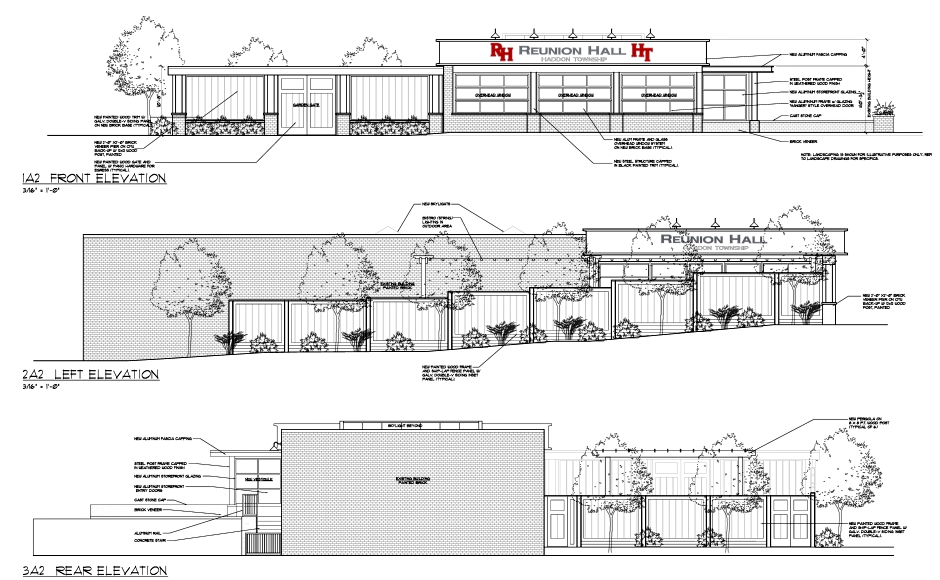 “Between the unique food idea and the unique drink selection, it’s going to help all the restaurants,” Welsh said. “If I’m full, they’re going to go somewhere else.

“The biggest thing is South Jersey has nothing like this,” he said. “I think it gives a unique, urban vibe. It’ll be nice to have another option out there.”

Welsh plans to add a mural depicting historic Westmont along one side of the building, and he envisions using its multi-tiered outdoor space to support community events, from small business showcases to farmers markets and other engagements.

“It’s local heritage; it’s emphasizing where I’m at,” he said. “I think this can elevate Haddon Avenue.”

With 20-week lead times on some vital pieces of restaurant equipment, Welsh’s newest challenges at this point might not be related to construction and fit-out, but supply chain. Still, he hopes to have Reunion Hall open by Thanksgiving.