The international event unites fans of classic and vintage motorcycles through The Movember Foundation, a fundraiser for prostate cancer awareness, research, and suicide prevention. 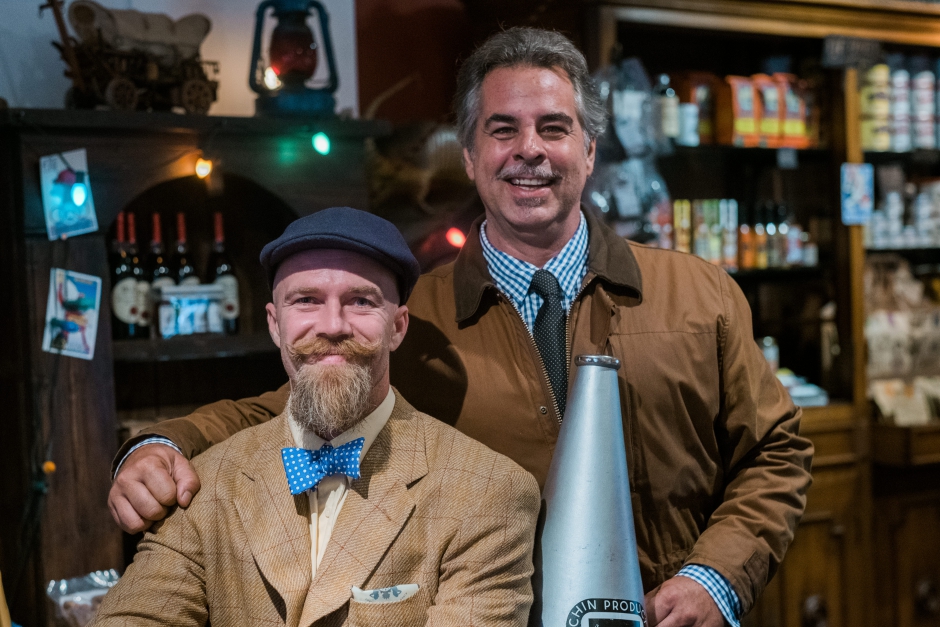 On a sunny day, it’s not uncommon to see Gorshin’s green Triumph Thruxton parked outside the Trading Post, his Haddonfield retail shop, which is based around the theme of everyday adventure.

Those adventures frequently take Gorshin out of town on weekend rides, but it’s not often that he gets to enjoy them in his Sunday best.

Last Sunday, however, Gorshin was nattily attired in his motoring finery, complete with high boots, riding gloves, and a megaphone (for visual effect), addressing the small crowd who’d gathered for the Distinguished Gentleman’s Ride (DGR).

Described by its organizers as “a celebration of the art of being dapper and classic custom motorcycles,” the worldwide, annual event raises money for prostate cancer, suicide prevention, and men’s mental health. 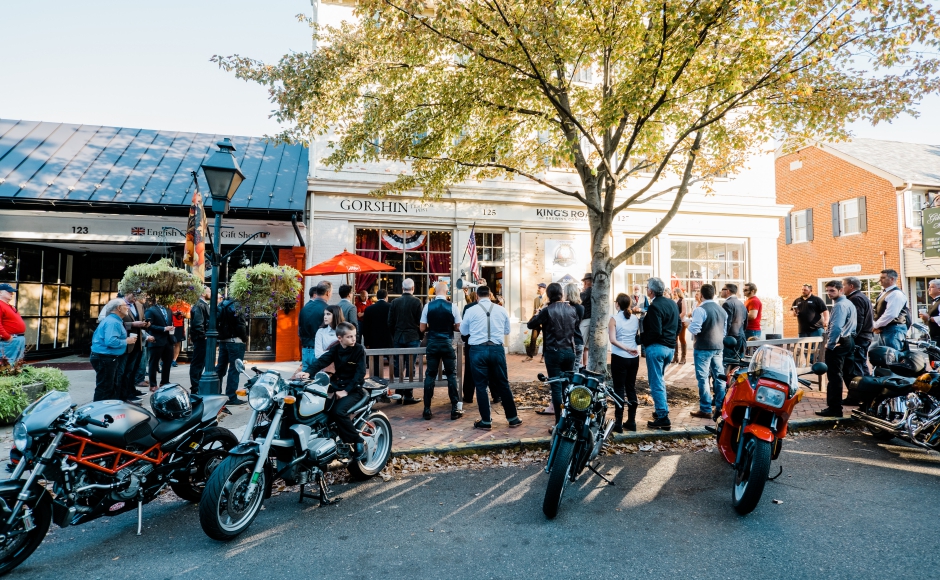 “It involves that, and dressing up like an old-timey gentleman,” Gorshin said.

“You go where you don’t normally go riding, and you go with like-minded people.”

Gorshin had participated in the Philadelphia DGR for the past few years and wondered whether it might be possible to bring some of the local riders through the South Jersey countryside.

When Jamison Delles of Haddon Township approached him with the same idea, the two started plotting to launch a ride from Haddonfield.

Delles didn’t even own a motorcycle at the time; three days before the ride, he was still turning wrenches on the 1975 Honda CB360 on which he made the 120-mile round trip.

“This was my big push to get back into riding,” he said. 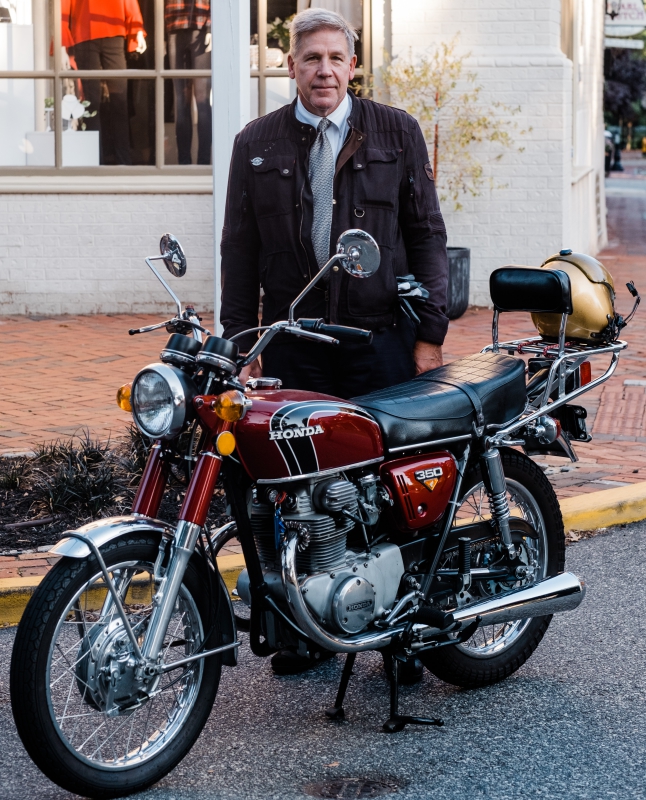 After weekends of research, they settled on a route that was big on scenic, back-country sprawl.

The first leg ended at Nixon’s General Store in Tabernacle, and then down Route 206 to New Jersey Motorsports Park in Millville, where they enjoyed a pace lap on the track and a buffet lunch.

For Delles, starting in historic Haddonfield played into the atmosphere of the vintage-themed event perfectly.

“I’ve always been attracted to the idea of getting dressed up, and looking a little bit out-of-place, and riding non-traditional bikes,” he said.

“It’s the quintessential Sunday drive,” Gorshin said. “You honor this old heritage and tradition of motorsport with a modern twist on it.”

Maria Gorshin, Mitch’s wife and co-owner of Gorshin’s Trading Post, rode in a support vehicle with the spouses of some of the other riders. After spending weeks promoting the event, she said the ride became a communal experience.

“If you’re all celebrating a certain aesthetic, and you all love these machines, it brings people together in a really unique way,” Maria Gorshin said. 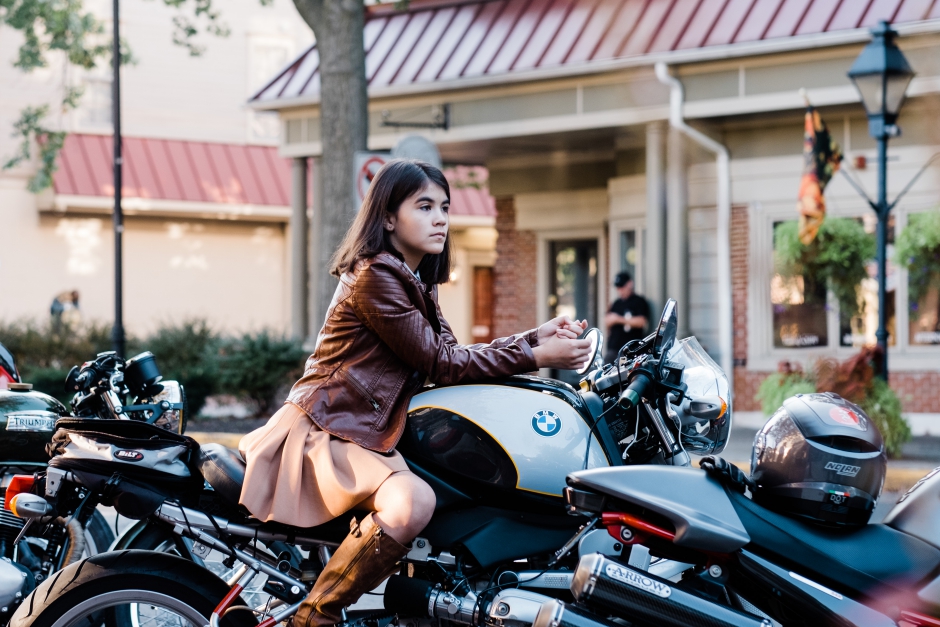 “It was cool watching people get off their motorcycles, and look around and realize, [‘I’m] not the only one who loves this,’” she said.

“You’re part of a community; people recognizing each other in each other.”

George Evearts of Haddonfield, who rode blocker to keep the group together, had waited three years to bring the DGR to South Jersey.

Although the weather was less than cooperative—a distinguished gentleman’s gear doesn’t offer much in the way of cooling on a 90-degree day—Evearts said the experience was “awesome.

“We were dying, but it was nice,” he said. “The guys had so much fun doing it. We all came together and made it work.” 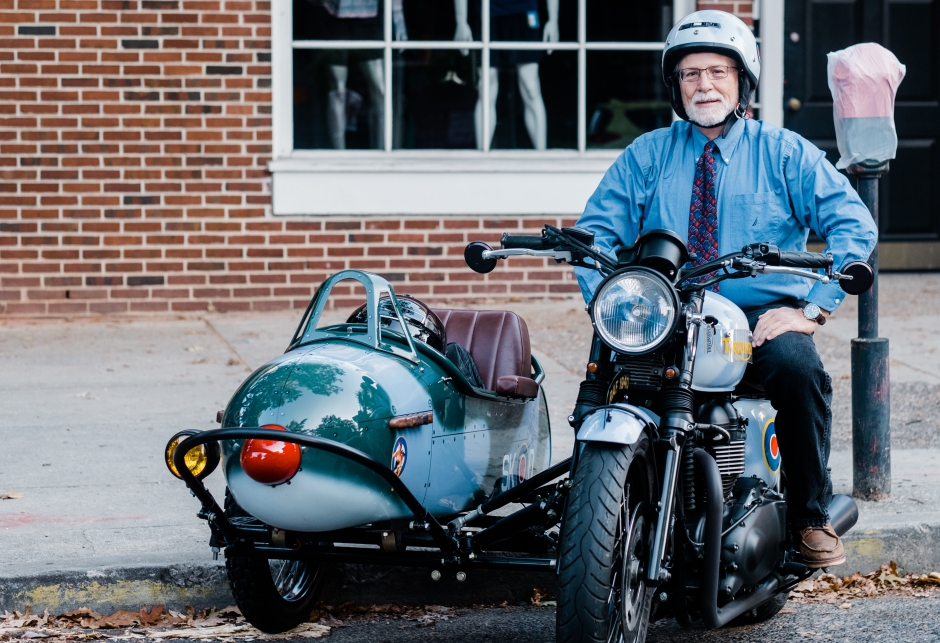 In all, the event raised nearly $4,500 for the Movember Foundation, brought out some 30 riders for a good cause, and left Gorshin and Delles with the question of how to top it next year.

“The fact that it all went well, and watching everybody go, I had a blast,” Gorshin said.

“When I stopped, I’d see all these bikes, and everybody was smiling.” 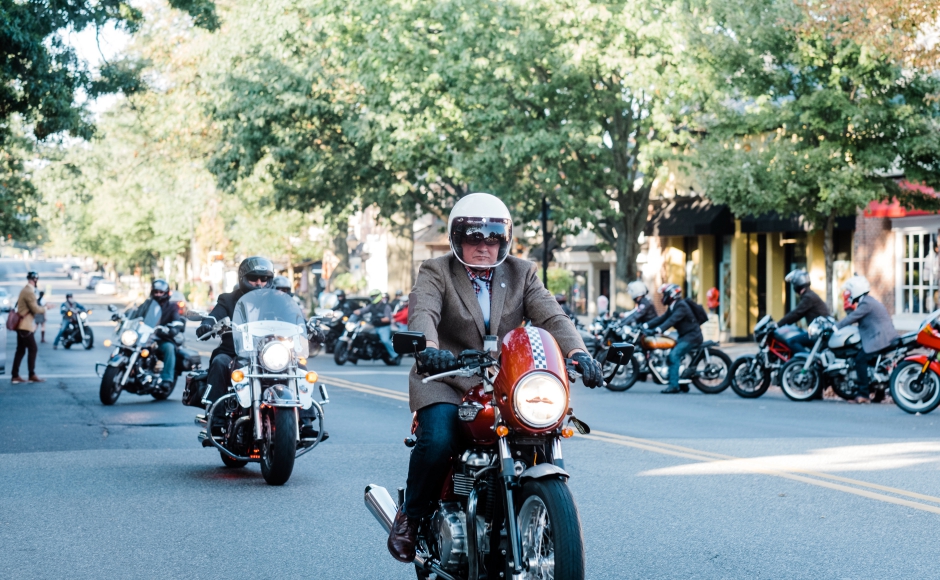 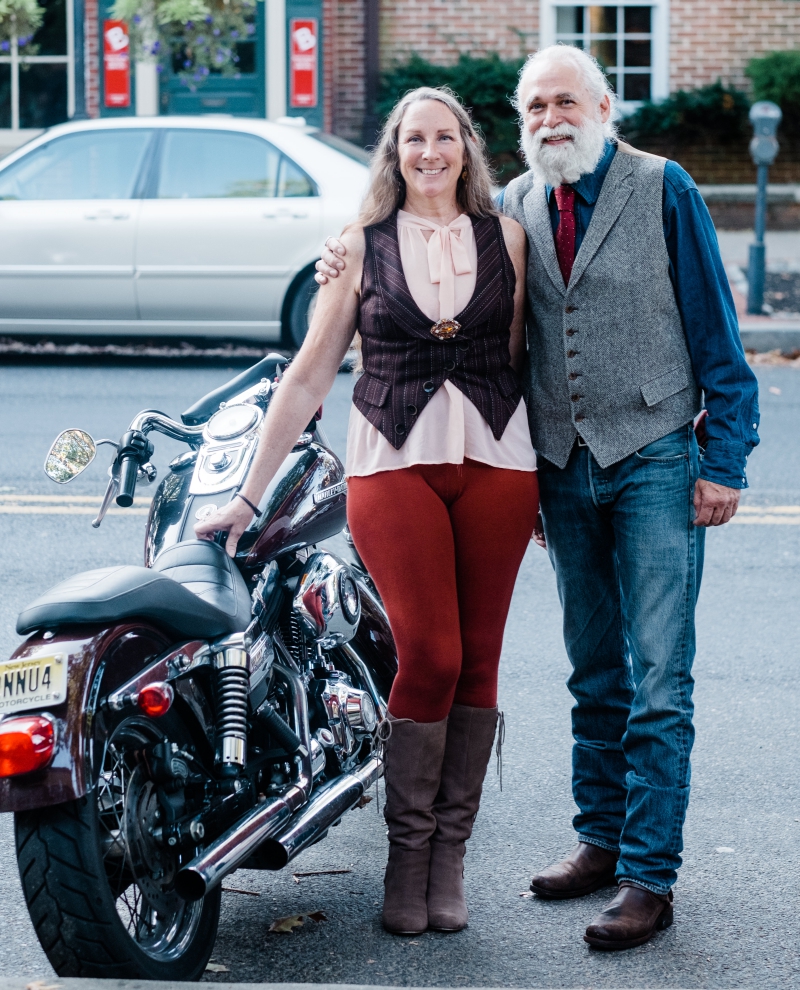 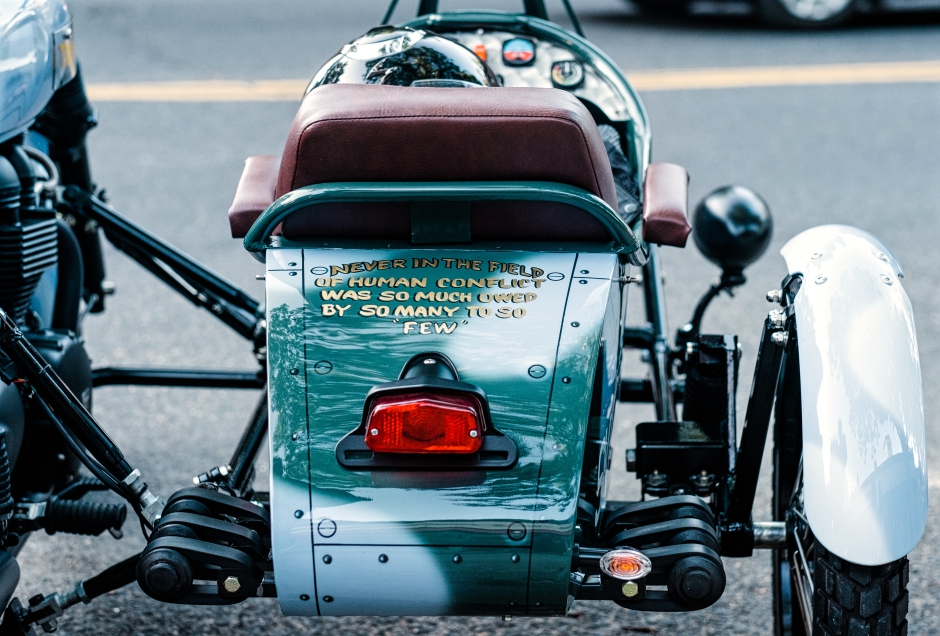 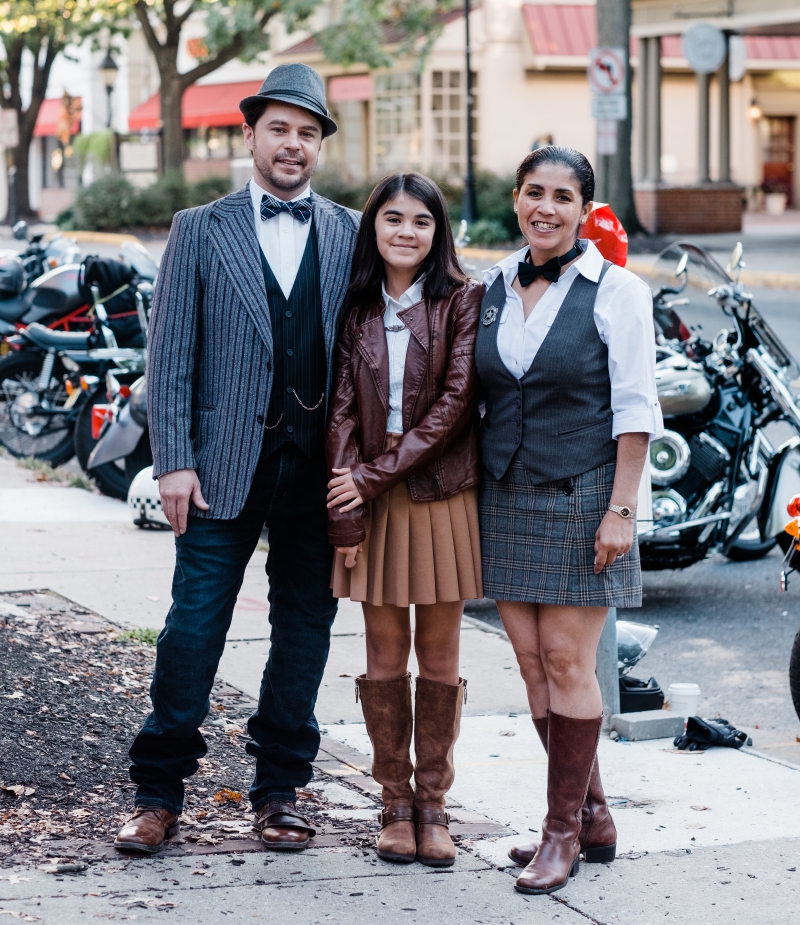 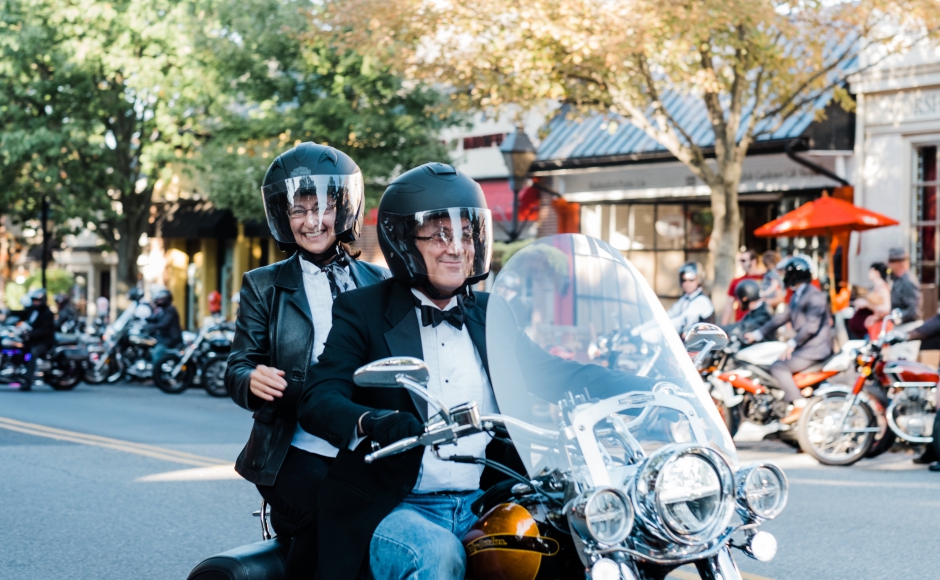