The bloodhound puppy will partner with Officer Jake Sorg on a community policing and tracking deployment, although it cannot train for another eight months. It’s the first K-9 in department history. 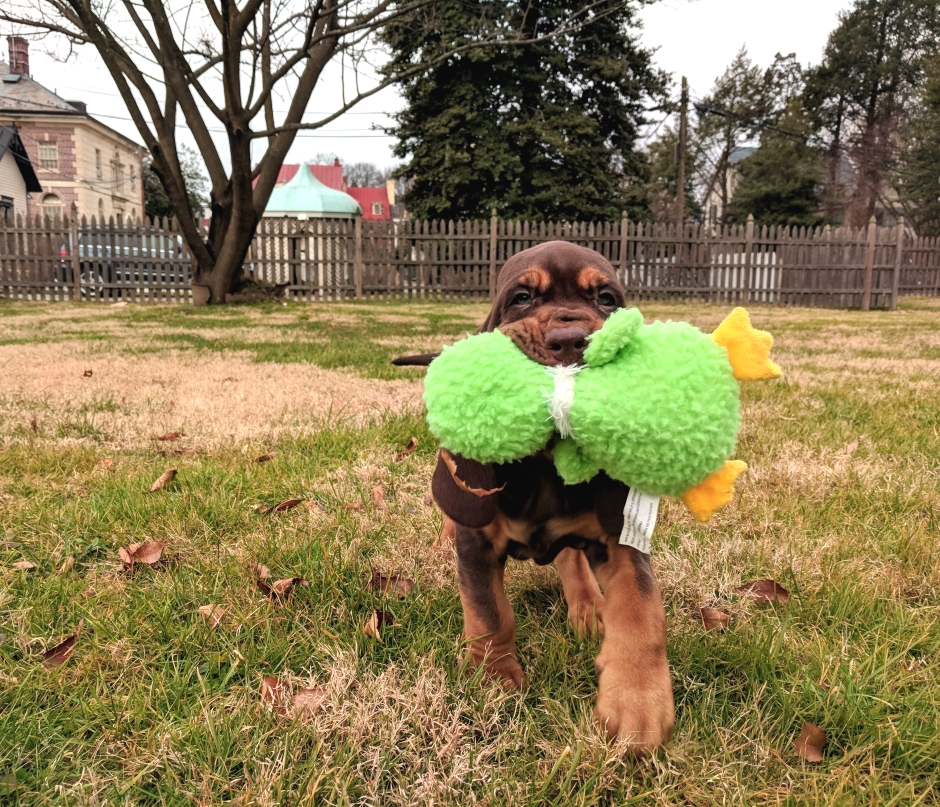 Just a few weeks after announcing the launch of the first K-9 deployment in the history of its department, Haddonfield Police welcomed its inaugural dog, “Blue,” into town Friday.

Even before he’d arrived, the two-month-old bloodhound puppy has been “an amazing addition” to the department, said Haddonfield Police Chief Jason Cutler.

“He’s already endeared himself to the town’s residents,” Cutler said.

Although Blue cannot begin K-9 training officially for another seven to eight months, the dog will begin ride-alongs with his handler, Officer Jake Sorg, immediately.

The two will visit borough schools and businesses to start.

Socialization is an important part of his development, and Sorg said he’s aiming to introduce Blue to as many as 20 to 40 people per day and 20 different animals.

“You want him to be accustomed to different scents so he’s not confused when he’s working,” Sorg said. “The first year is crucial.” 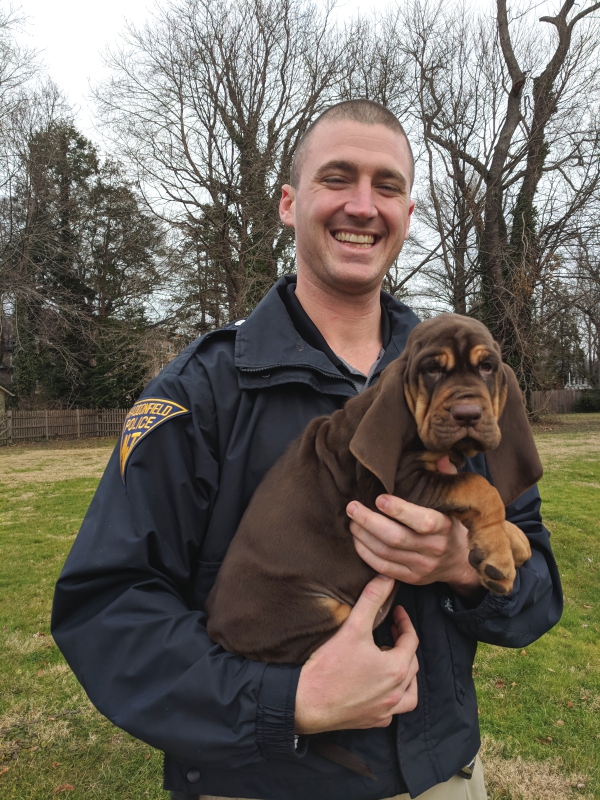 In addition to community policing, the department expects to use the dog to help track missing and endangered persons, Sorg said.

Blue is one of just three police bloodhounds in New Jersey, and the next closest are located in Ocean County.

“He’s a great addition for kids and families,” Sorg said.

“Even on my days off, I’m always going to be available for special events,” he said.

“The entire town is going to benefit.”

Cutler said the department has been awash in calls from residents looking to support the K-9, and he’s establishing a trust fund to pay for Blue’s needs.

He asked that any contributions to the dog’s expenses to be made in the form of pet store gift cards.

Blue was sourced from breeder Robin Severance of Westport, New York and with the help of the New York State Police K-9 unit. On Friday, Sorg and Haddonfield Police Lieutenant Steve Camiscioli made the six-hour drive to Severance’s home, where they conducted a three-hour selection process with the 12-puppy bloodhound litter.

“Blue came out tops in every section of the test,” Cutler said. “And he’s already bonded with Jake.”

Camiscioli, who developed the K-9 program over the course of 18 months, said putting it together was “a group effort” from department and borough leadership. Seeing the results of that work in the fuzzy flesh put a big smile on his face Friday afternoon. 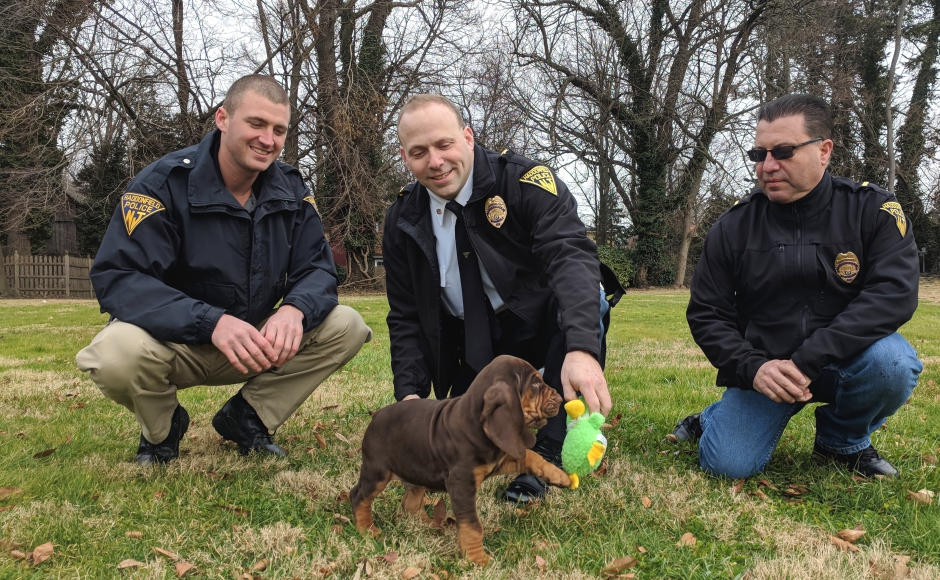 “I’m entering my 22nd year in law enforcement, and this has been the most fun I’ve ever had,” Camiscioli said.

The lieutenant said he selected a junior officer for the K-9 deployment because of the rigors of the assignment—the dogs must track up to 10 miles—and the potential length of its service.

As much as he’d have enjoyed doing that work himself, “there’s a time in my career you do things for the other guys, and take joy in that,” Camiscioli said.

“To see the joy in Jake was awesome,” he said.