Trending
You are at:Home»Police & Fire»Haddonfield»Haddonfield Police to Add K-9 Unit in 2019

The program represents the first in the history of the Haddonfield Police Department, which is accepting community suggestions for the new officer’s name. 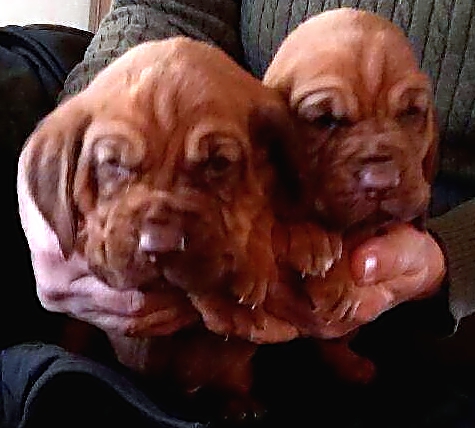 Haddonfield police will travel to New York to select a puppy from a New York bloodhound breeder. Credit: Borough of Haddonfield.

One of the oldest police departments in South Jersey soon will welcome the first furry officer in its storied history.

This week, Haddonfield Police announced the department will launch a K-9 unit in early 2019, joining the ranks of communities like Oaklyn, Pennsauken, Gloucester Township, and Voorhees in offering the service.

Haddonfield Police Chief Jason Cutler credited Lt. Steve Camiscioli with doing a year’s worth of planning and research to ready the program.

“Little by little, he was eating away at it,” Cutler said.

“He finished his recommendation. I said, ‘Let’s go for it.’”

The borough’s first K-9 unit will have a slightly different feel from others throughout the region. Instead of training a German Shepherd or Belgian Malinois, two common breeds of police dog, Haddonfield will have a bloodhound. Cutler said the breed was chosen for its people-friendly temperament as well as for its ability to track.

“There’s no bloodhounds in South Jersey,” the chief said. “They’re the best breed for people tracking, and we do have a lot of missing persons. Bang for the buck, it’s worth it.”

Cutler said the K-9 will be “an as-needed kind of dog,” spending most of its time on duty in a community policing capacity. Haddonfield is known for its dog-friendliness, and he expects the bloodhound will be a great community ambassador. 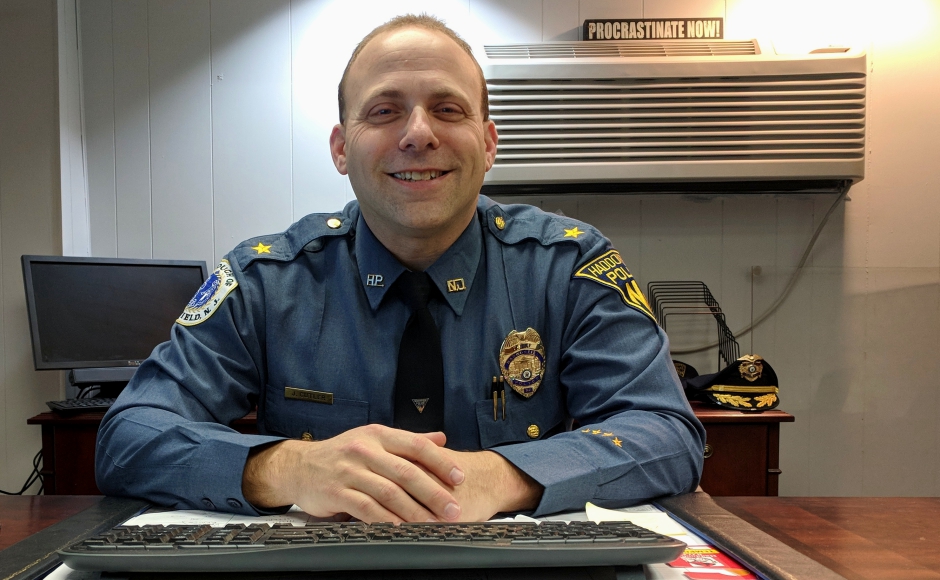 Within a day of announcing the program, the department had already received multiple calls from residents wanting to see how they could support the K-9.

The chief also said the bulk of the costs around the program have either been defrayed or reduced in a number of ways.

“We’re very cost-conscious,” he said, “but since we’ve gotten so many vendor considerations and donations, it’s really going to be next to nothing to the taxpayer.”

The breeder from whom the department will select its dog has already cut the price significantly as a measure of support, and is offering Haddonfield police the pick of the litter.  The dog’s 10-week training fees also have been waived.

Since the dog will not work every day, there is no need to purchase or significantly retrofit a police vehicle for patrols; instead, the K-9 unit will operate from a soon-to-be-decommissioned Chevrolet Tahoe. The bloodhound will be kenneled offsite by another officer in the department.

Officers are currently seeking a veterinary partnership to cover the dog’s future medical needs, and Cutler believes residents may be willing to help cover the cost of its food. After their terms of service conclude, K-9’s typically become house pets, adopted by their handlers or someone within the department.

Haddonfield Mayor Neal Rochford said the bloodhound will be a welcome addition to the borough.

“I think it really works well with our emphasis on community policing,” Rochford said.

“We do have cases during the year when we have missing people.

“Not as many townships have the bloodhound breed, so if we did need one, the closest one was an hour, hour-and-a-half away, if the dog was available.

“We feel that this will give us a level where we can respond at a much quicker rate.”

Rochford said he was impressed with the department’s work to keep the costs of the K-9 program as minimal as possible. He foresees its potential to serve not just Haddonfield residents, but those of other nearby communities, as needed.

“We’re going to be able to help with other towns if they should need help,” he said. “It’ll be good for the whole region.”

The dog won’t be ready to join the department until sometime in the fall. In the meantime, however, the borough has opened up a contest to select its name. Residents are invited to submit suggestions via this link.