Trending
You are at:Home»Business»‘It’s All About the People’ — Sabrina’s Cafe Celebrates 20 Years

The Philadelphia restaurant opened its doors in Collingswood in late 2015. After six years spent on Haddon Avenue, Robert and Raquel De Abreu talk about what’s next. 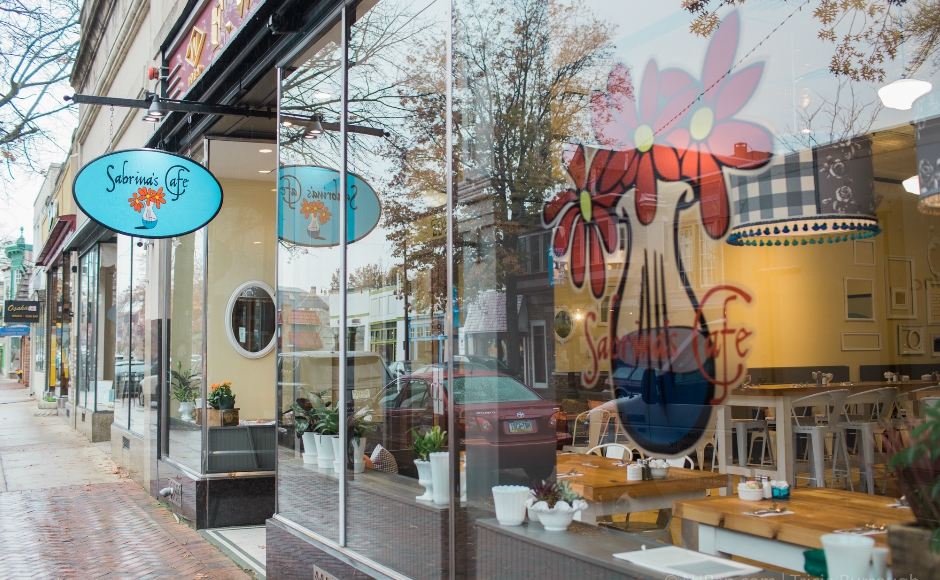 After getting off the ground in the Bella Vista neighborhood, the restaurant—named for the couple’s first child—expanded to locations in Fairmount Park, University City, Wynnewood, and finally, Collingswood, over the next 20 years.

Although the tumult of the past 12 months has turned getting to 2021 into a landmark achievement of its own, it’s the next twenty years upon which the family is focused.

“Coming through the [novel coronavirus (COVID-19)] pandemic has really made everyone reset,” Robert de Abreu said. “It made us do more of a gut-check to figure, ‘Where do you want do go? What do you want to do? Are you still passionate about taking care of people?’”

The discipline Robert De Abreu found in the day-to-day activity of the restaurant—filling salt and pepper shakers, cleaning the dining room, taking orders—reinforced that outlook. After six weeks on the sidelines during the early stages of the pandemic, getting back to the six-days-a-week pace of operations “confirmed that I still like what I do,” he said.

The couple also discovered their perspectives on the business had been refreshed by some time away from it. Upon reopening a quiet dining room for takeout-only business, Raquel De Abreu found herself emotional at the lack of noise.

“I walked in and cried,” she said.

“It had no soul,” her husband added. 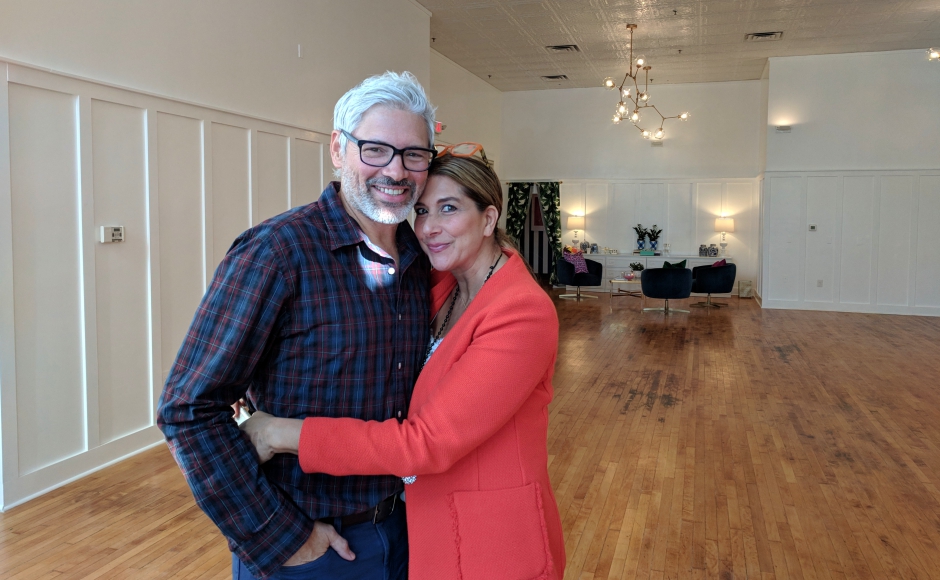 Comparatively, Robert, whose chief concern had always been the guest experience at Sabrina’s, realized how much the restaurant turned upon the reliability of its workers.

The point was driven home when he needed some flexibility, in the form of temporary wage cuts, to get the doors open after the shutdown.

“I told them, ‘For the first time in 20 years, I need some help from you,’” Robert De Abreu said.

The structural changes required to reopen during pandemic conditions, which he described as “building something from the ground up,” and the flexibility that his staff showed him in their willingness to help, led Robert De Abreu to rethink his approach to the restaurant business.

“The whole year, we focused on our culture to focus on our people,” he said. “From landlords to vendors, we couldn’t have done it without them.

“They supported us, but it’s because of our relationships that I can call them up and say, ‘I need help,’ and figure out, together, how we can do this.”

Raquel De Abreu said she finally felt like things were headed to a sense of normalcy when customers returned for indoor dining. Seeing servers taking a moment to chat with guests provided a feeling of comfort that she believes has been a hallmark of their business.

“I think you have to be authentic,” she said. “That’s what people come back for. They want you to deliver what you’re used to. It was so nice to see the same people come in and take a seat. 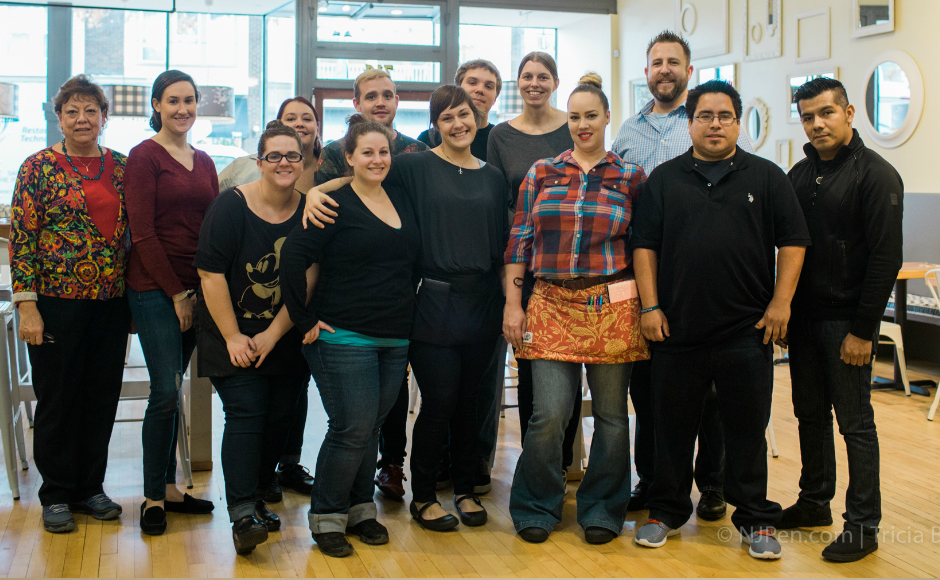 When the couple considers where the next 20 years will lead them, they say the future of the restaurant business is about logistics, sourcing, and technology. However, an up-and-coming pool of youngsters has impressed them with its work ethic, as well.

Of course, he said, so much of the success of the business has been its ability to find and sustain an audience. From the first location at 9th and Christian Streets, just outside of Philadelphia’s Italian Market, Sabrina’s developed its signature, eclectic vibe by taking cues from the surrounding neighborhood.

The chipped and rough tables, mismatched chairs, and motley collection of houseplants were hallmarks of the row-home fit-out where its brand was grown. A cultivated overhead soundtrack and regular rotation of locals gave the restaurant a feeling of having always been a part of the local scenery.

“Nothing matched,” Raquel said. “I loved the loud music and people everywhere.

““We had hipsters before there were hipsters,” she said. “The hood itself was full of love and characters,” including “a few famous actors and athletes who were regulars.

“It was a place even they would feel comfortable,” Raquel De Abreu said.

For Sabrina’s, the challenge now shifts to manifesting its outlook for the next 20 years. Decades after the early days of uncertainty, the restaurant has become a bankable, local brand known for its exotic specials and reliable service. 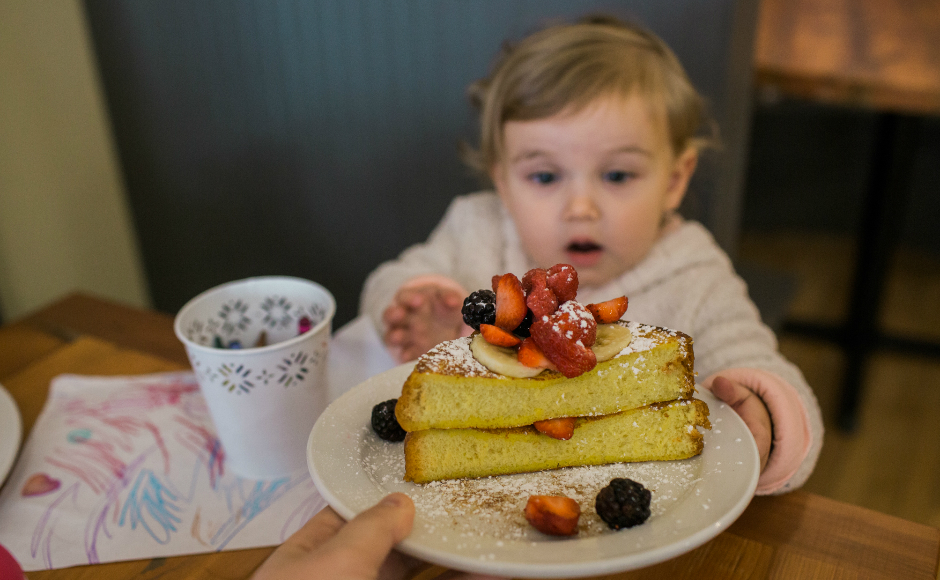 To celebrate 20 years of operations, on Thursday, April 22, all Sabrina’s locations will revert to a throwback menu, complete with 2001 pricing.

All proceeds from the day will benefit Project HOME of Philadelphia, a nonprofit aimed at eliminating poverty and homelessness in the city.

It’s a way of thanking communities for their support of a family business that has always turned on relationships, Robert De Abreu said.

“It goes back to treating every day as the new day; the beginning,” he said. “It’s all about the people.”