Trending
You are at:Home»Schools»Collingswood»Legos, Leaders Show the Faces of Autism in Collingswood 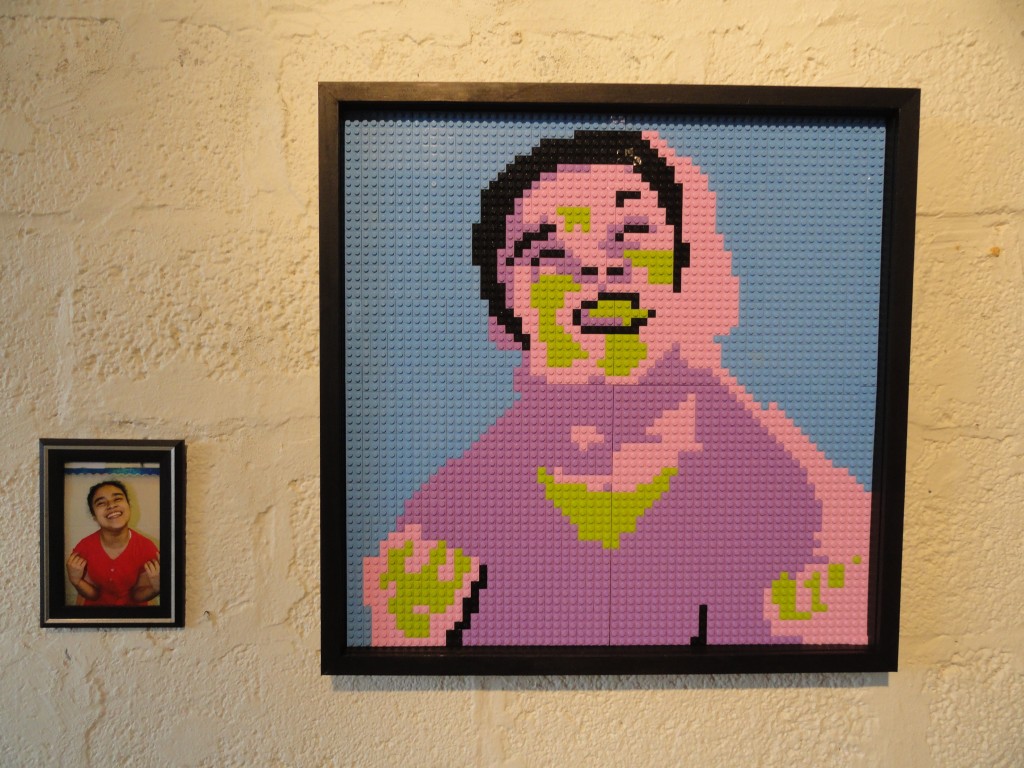 At the elementary-school level, they are integrated heavily in activities from art and music to athletics.

But at Collingswod Middle School, special-education teacher Regina Smith discovered, the schedule that was created for her kids in the first year of the program didn’t include those elective classes.

“We were trying to figure out where we fit into the mold of the school,” Smith said.

“We were received so highly, and everyone loved working with the students in the program, that a lot of the elective teachers said, ‘We’ve got to figure out the best way to get them involved.’”

So Smith and art teacher Lisa Winkler jointly applied for a New Jersey Education Association (NJEA) Hipp grant to partner the students in her autism program with eighth-graders from the general student body for an art-based mentorship project.

They called it the League of Legos. 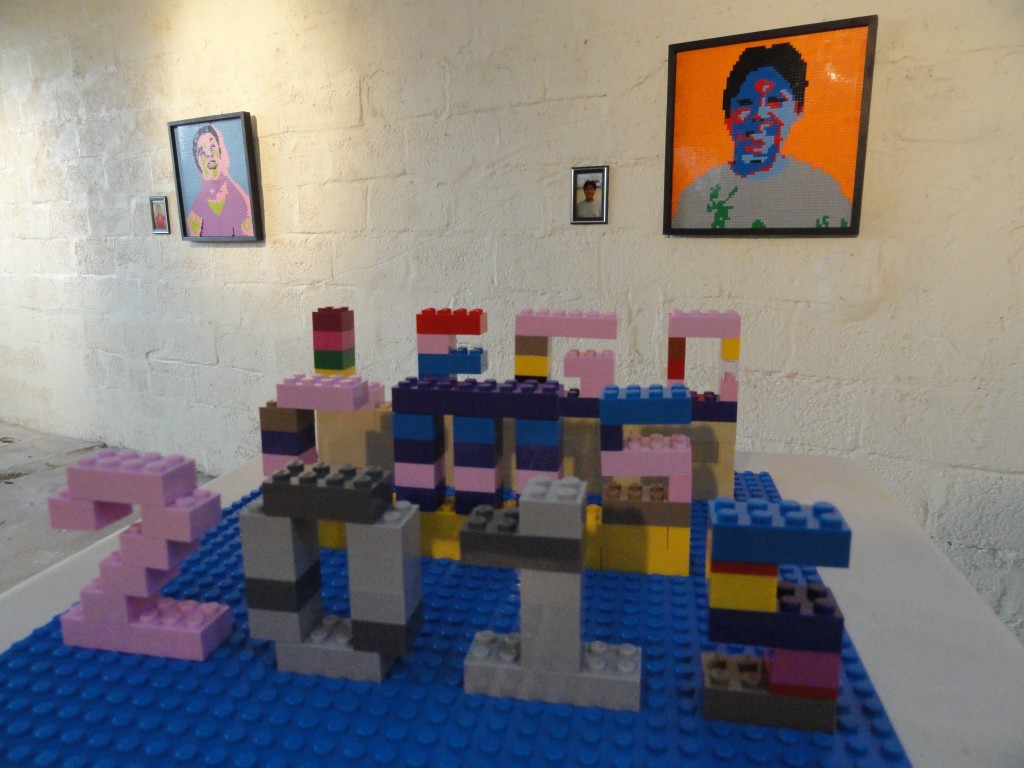 Meeting students where they are

“One of the best practices in education is to meet students at their level,” Smith said.

“You can ask a typical sixth-grader what their interests are. Sometimes my students with autism have a tough time allowing others to see their strengths.”

The idea for the program came from research produced by the Voorhees-based Centers for Neurological and Neurodevelopmental Health that emphasizes the building toys as “providing a lot of these kids with autism great jumping-off points for social skills,” Smith said.

“In a basketball or a board game, your focus is more attached to the activity and not to the building of relationships or social skills,” she said. “Legos created that avenue for us to be successful in the activity and still be aware of others.”

Students began by taking photographs of themselves and then deconstructing them into pixels. Then they assigned a color to each pixel, and literally built up a one-dimensional, corresponding image out of Legos. Together with their Lego Leaders, the kids also created freeform structures from their own imaginations.

The projects offered a platform for social engagement that grew into other inclusion activities, such as cooking, field trips, and gameplay. For children who struggle with one-on-one communication, it opened up a breadth of new and necessary experiences.

“It was nice to have that peer model for all our students to follow,” Smith said. 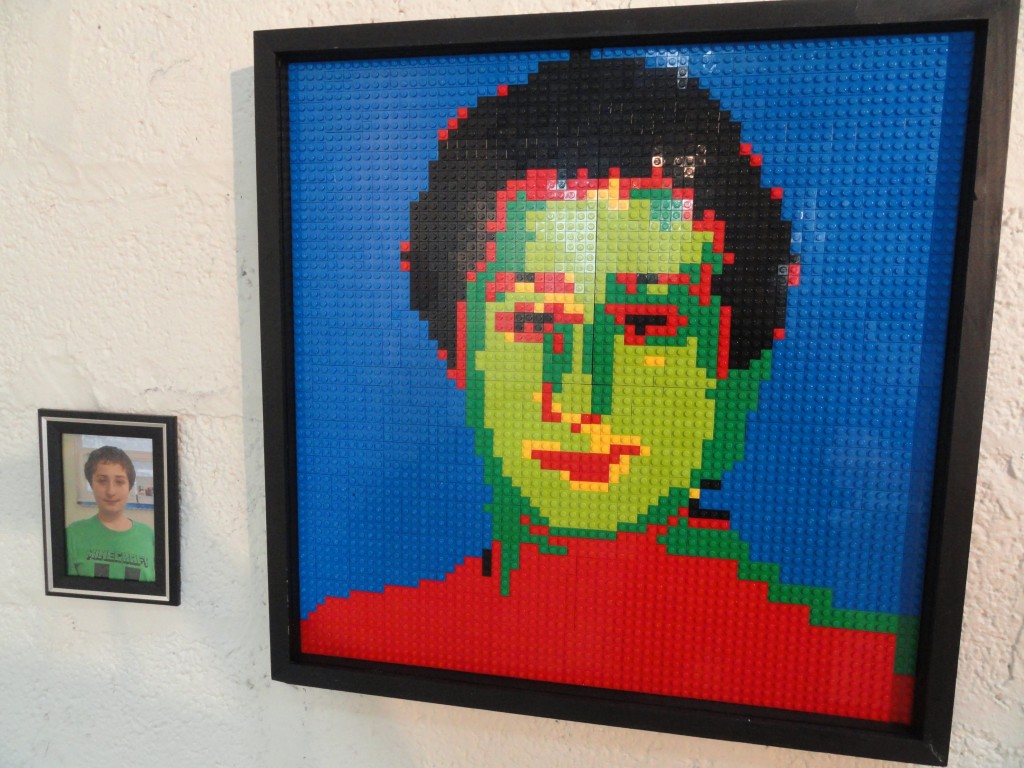 ‘It’s hard to explain having autism’

Eleven-year-old Danny Priolo remembers the project as taking “very long, almost three-fourths of the school year” to complete, including the interruption of a shortfall in pieces (and the subsequent wait for a re-supply).

“We had to use a lot of Legos,” he said. “We also painted our [portrait]frames.”

Although “it’s hard to explain having autism,” Priolo said, he added that he hoped the project would help people who see the work appreciate the creativity of people “with autism and no autism.”

Smith said she was most taken with students’ color selections and the opportunity “to see how they think artistically; how their being is.”

The “most spectacular” result of the peer program happened when one student, Michael, asked to participate in the school play, Shrek: the Musical, with his Lego Leader, Peter. (Smith also co-directed a sensory-friendly version of the show for kids with difficulties engaging in a traditional performance.)

“Peter took Michael under his guidance on stage,” Smith said. “He very much treated him respectfully and gave him as many opportunities to shine as possible.

“The final scene, where they sing the song, “Happiness,” I plopped Michael down on the edge of the stage and said, ‘Here’s where you’re going to be for that number,’” Smith said. 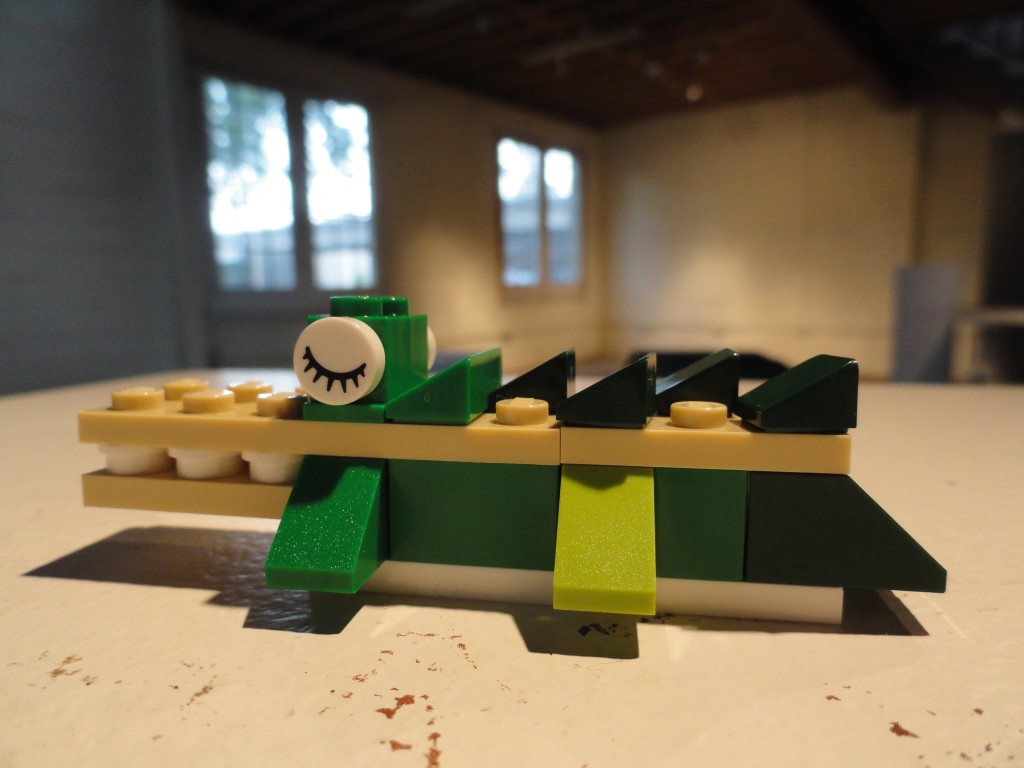 “Peter sat down next to him, wrapped Michael in the middle of the song, gave him ‘a bro hug,’ and I have never seen Michael with such a smile on his face,” she remembered.

“It was a natural, real, raw moment that wasn’t staged, and it wasn’t asked of him,” Smith said. “It was really a friend hugging another friend.”

Addressing the added social wrinkles of autistic behaviors, which are largely based in sensory issues, routine, and empathy, can be even harder to overcome for adolescents.

“In kindergarten, you’re really friends with everyone,” she said. “As you get older, you choose your people, and it becomes harder to be kind and considerate of everyone without being condescending.” 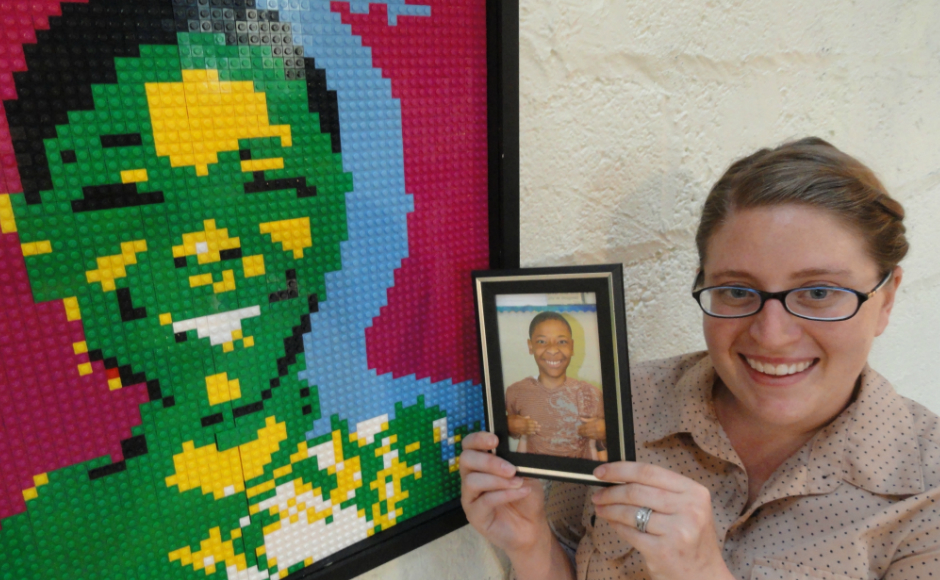 Thanks to the program, however, Smith said the Lego Leaders and their autistic peers were connected by a common bond that helped remove many of those normative barriers.

“You see kids who will gravitate towards certain students in my class,” she said. “They have chosen who they want to spend time with. They’re not assigned. They’re not told anything.

“It was really a big leap for us. But the cool part is that I think about all the things that could possibly go wrong, or that could be a problem, and at the same time, the staff and the students in Collingswood were like, ‘Let’s do it.’”

The League of Legos projects are on display at the Perkins Center for the Arts (30 Irvin Avenue, Collingswood) from 10 a.m. to 2 p.m. Tuesday, Thursday, and Saturday.