Trending
You are at:Home»People»‘Like an Out-of-Body Experience’: Collingswood Woman Plunges into Cooper River to Save Her Dog

When Mary McMonagle’s dog Emme fell through the ice chasing a bird, she crawled out to save her, and fell in herself. Collingswood first responders pulled her to shore and took her to a hospital for treatment. 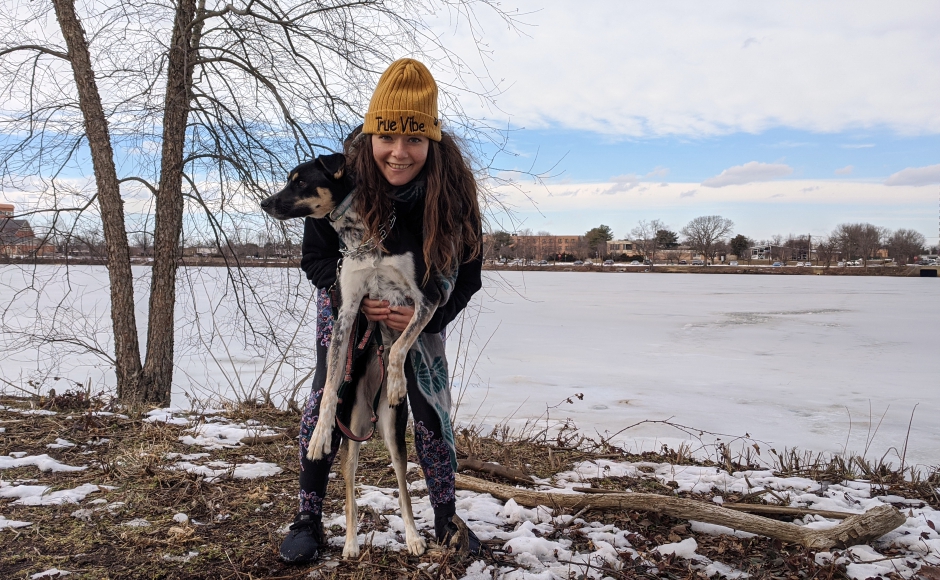 Mary McMonagle of Collingswood and her dog Emme at the banks of the Cooper River. Credit: Matt Skoufalos.

It was a sunny Friday, and the warmth of the day took the edge off the accumulated snowfall as Mary McMonagle took her dog, Emme, for a walk around Cooper River.

At the shore, she’d take Emme for a run along the beach, and watch her chase seagulls into the breakers; back in Collingswood, the two typically put in a couple miles apiece on their twice-daily walks.

When they encounter other friends with dogs, Emme’s often game to play, and that’s exactly what happened around 4 p.m., when they rounded the yacht club on South Park Drive, and spotted a couple familiar faces.

McMonagle chatted with her friend while their dogs ran freely on a nearby baseball field, as they had often done without incident. They remarked on how beautiful the day was and watched the puppies play together.

Before they realized it, however, Emme spotted a bird in the middle of the frozen waterway, and, as she had often done on a Ventnor beach, chased after it.

She got as far as the middle of the river before the ice broke.

McMonagle’s jaw dropped. Emme’s eyes met hers as the dog started to sink beneath the frozen surface of the water.

“I’ve had her from 10 weeks,” McMonagle said. “To me, that was like seeing my baby in the water, and if she was going down, I was going down with her.” 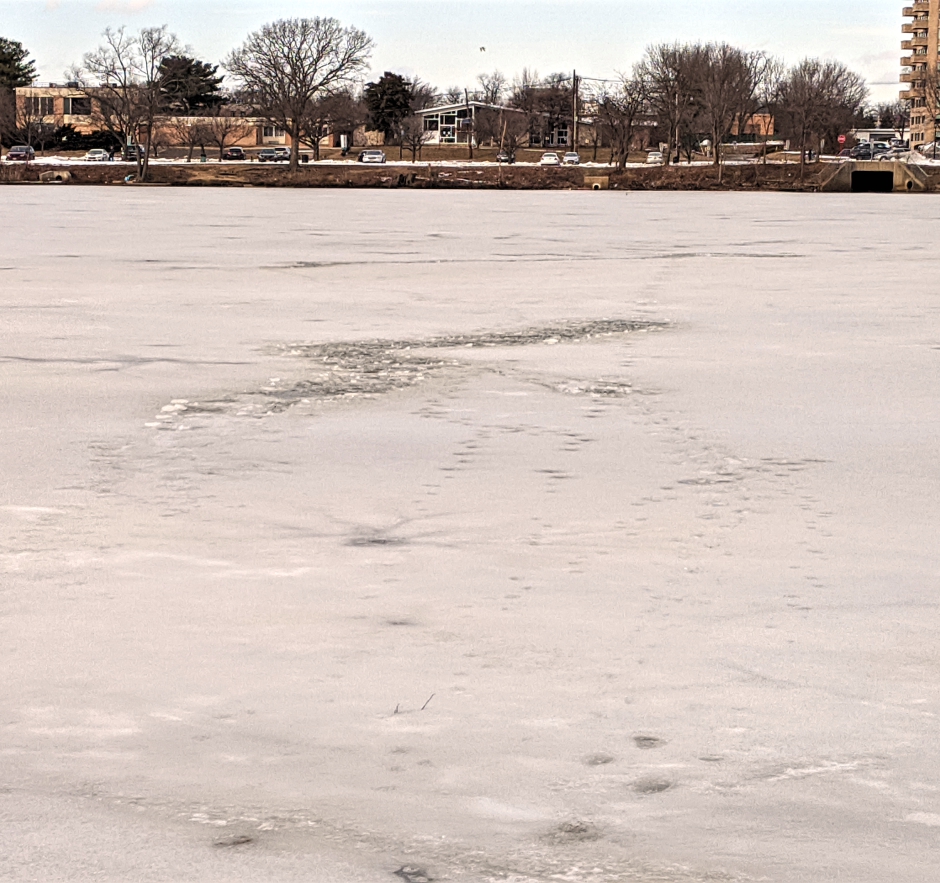 She told her friend to call 9-1-1, and dashed to the riverbank. McMonagle removed her shoes and began to army-crawl along the ice, yelling to Emme, “You’re a good girl! Keep swimming!”

McMonagle got halfway to her dog before the ice gave out, and she, too, plunged into the chill.

Dog and owner now were both paddling towards one another.

McMonagle saw her pet pull herself out of the water, then fall back in again.

She reached Emme in two more paddles, pushed her up onto the ice, and sent her scampering towards the riverbank, where their friend was waiting.

As Emme trotted back to land, McMonagle was fighting to retain sensation in her body and keep pushing forward until help arrived. She’d gone into the water at the widest part of the river, and was nearly a third of the way out.

“It was like an out-of-body experience,” McMonagle said. “I lost all feeling in my body. I could move my hands, but it felt like 10 scarves were wrapped around my hands.

“I started doing breath work, and started saying in my head, ‘You can do this. Keep going.’”

A yoga teacher and reiki practitioner, McMonagle had developed breathing exercises through her training in those disciplines, but this was the last way in which she’d ever expected to use them.

“I know my body so well from doing yoga,” she said. “My sympathetic nervous system was zoned in, focused, but I didn’t want to go into full-on fight or flight mode.

“I knew the ice was going to break; I was mentally prepared to fall in,” she said. “It just happened a lot sooner than I would have liked it to.”

On Friday, February 5, 2021 at 4:31 pm, officers responded to the area of the Cooper River Yacht Club for the report of…

McMonagle was almost back to land when the first responders reached her with a rope—she still doesn’t know how she was able to grasp it with numbed fingers—and pulled her out. Unable to walk, she was carried to a waiting ambulance by Collingswood Police officers. Collingswood firefighter-EMTs draped her in blankets, and transported her to Our Lady of Lourdes hospital.

Emme got a ride back to her home and was none the worse for wear. McMonagle was discharged later that day after getting her body temperature back up to normal.

She’s grateful for the emergency services personnel and hospital staff who saved her life with their fast response. McMonagle said she’s still processing the experience emotionally, but knows for sure that Emme will be leashed from now on when they walk.

“Life really is a gift, and in a moment, your life can change,” McMonagle said. “It’s really how you respond to that moment that can change your life.”

“I think staying calm was the reason I’m alive,” she said. “If I was frantic, I’d have been done.”