With a small footprint and a smaller product, Patrick Gigliotti and Louis Monte’s startup Indogrow Farms is finding its footing in the vertical farming business. 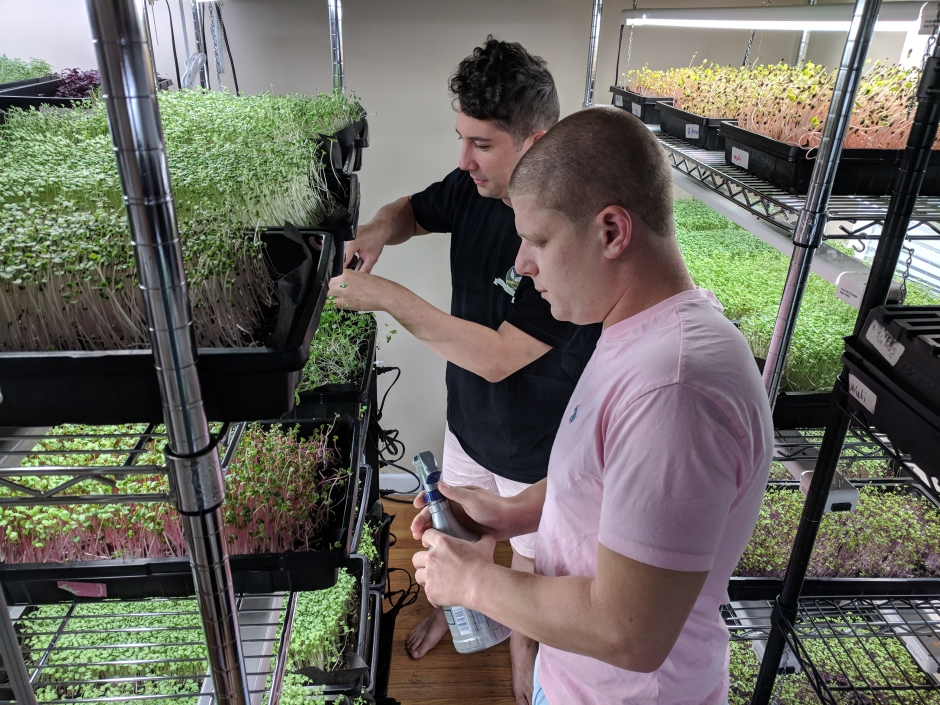 Indoor farming has been touted as the potential intersection of solutions to a number of 21st-century problems: land scarcity, nutritional deficits, and the activation of defunct industrial sites.

In Philadelphia, Metropolis Farms continues to grow its integrated model of vertical farming, while Camden City has cleared a path for AeroFarms to open its tenth facility there this year.

But in Cherry Hill, entrepreneurs Patrick Gigliotti and Louis Monte are taking a cottage-industry approach to the business with a small-scale operation called Indogrow Farms.

Gigliotti began investigating the concept while exploring small business ideas amid his MBA program. Urban farming seemed like an opportunity to leverage his and Monte’s extensive restaurant industry experience.

“I didn’t know much about it, but I thought the concept was so interesting,” he said. “Eventually, if there is no farmland, that’s the future.”

Their interest was similarly piqued by the future the pair foresaw in the business of growing and harvesting microgreens. Typically understood as garnish ingredients, the immature forms of crops like sunflowers, arugula, broccoli, and kale are nutrient-dense on a short growing cycle. 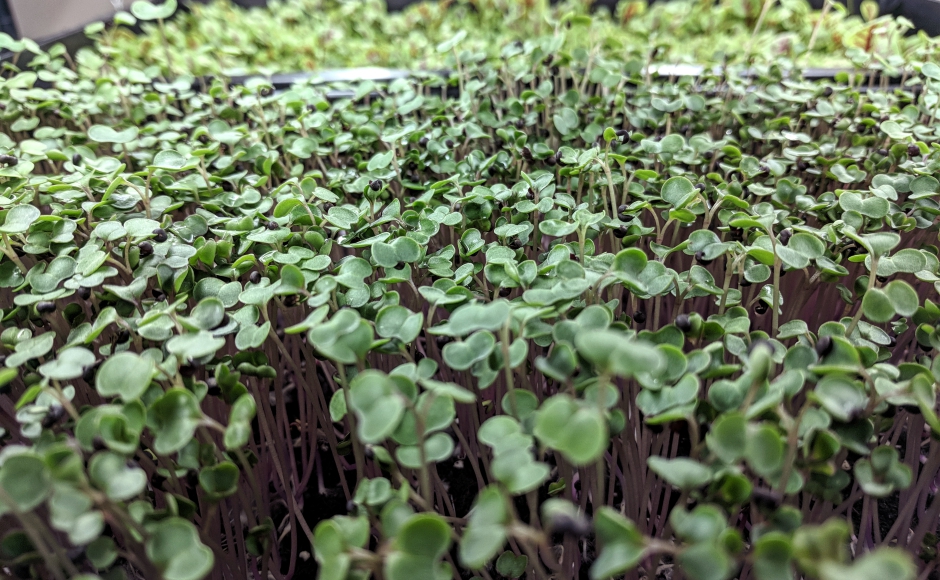 The turnaround time to market (about two weeks) and relatively low startup costs intrigued them.

“I ordered a couple different types of seeds—arugula, radish, and a type of mustard—and then everything started to grow, and it looked really pretty.

“I thought, ‘This is actually maybe feasible.’”

A chef confirmed that their products tasted as good as they looked, and the couple dove into the business, establishing Indogrow Farms as an LLC. Vertical farming doesn’t require much physical space; the entirety of the  operation is contained within a pair of unused bedrooms in their Cherry Hill home.

In the germination room, newly planted seeds in trays of organic soil are covered with blackout domes. After anywhere from a few days to a week, sproutlets can be moved to the light room, where they’re exposed to LED lights, and then begin to show color and growth. Gigliotti and Monte control for humidity and temperature conditions, and within a couple weeks, the greens are ready to harvest. 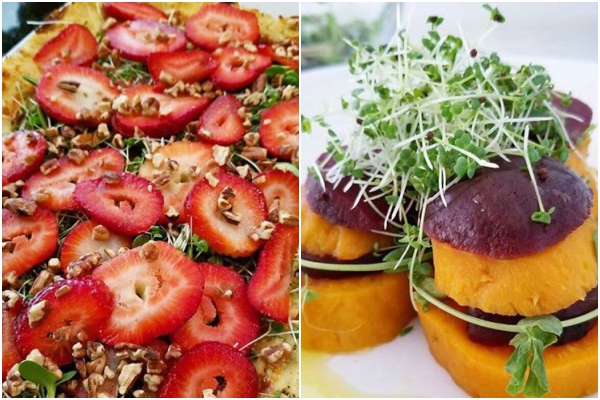 Although Indogrow had originally planned to retail directly to restaurants, consumers at the Palmyra, Burlington County, and Collingswood Farmers Markets developed a taste for microgreens as well.

“There’s a lot of power from people who support you,” Gigliotti said.

“Markets are the number-one way for me to get new customers.”

From wasabi, arugula, and cilantro to sorrel, sweet peas, and sunflowers, its microgreens are finding homes in a number of recipes. 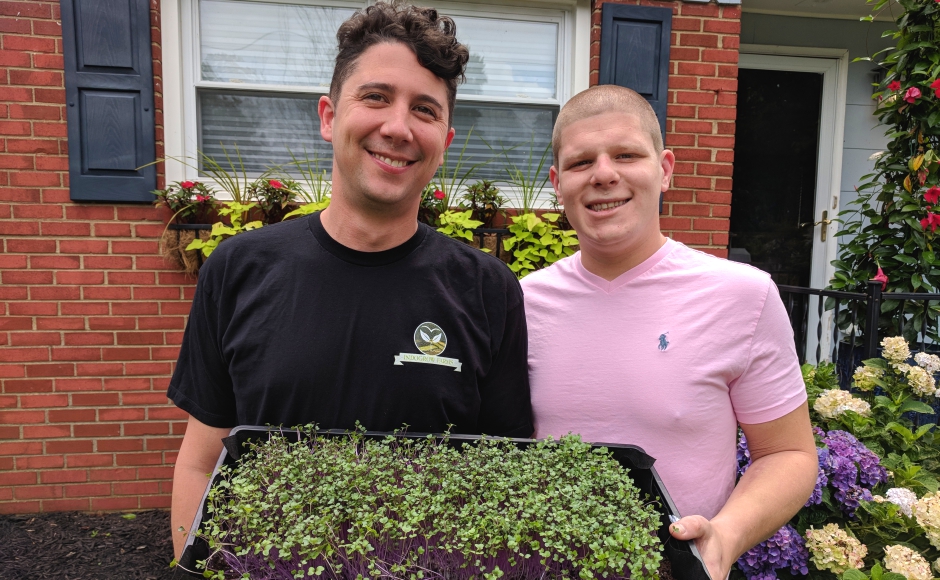 Food bloggers have pressed the greens into service as exotic toppings, as in Jessica DeLuise’s cauliflower-crust pizza with sliced strawberries and crushed pecans, or her beet-and-sweet-potato stack.

In the meantime, the company, like many food startups, will lean on its farmers market roots.

“I still want to be at the farmers markets,” Gigliotti said. “I still enjoy interacting with customers.”