Trending
You are at:Home»People»Neighbors Raise Greenhouse in Collingswood Community Garden

On his way out of town, Collingswood resident Bruce Faulseit lent his time and labor to help community gardeners design and build a greenhouse. 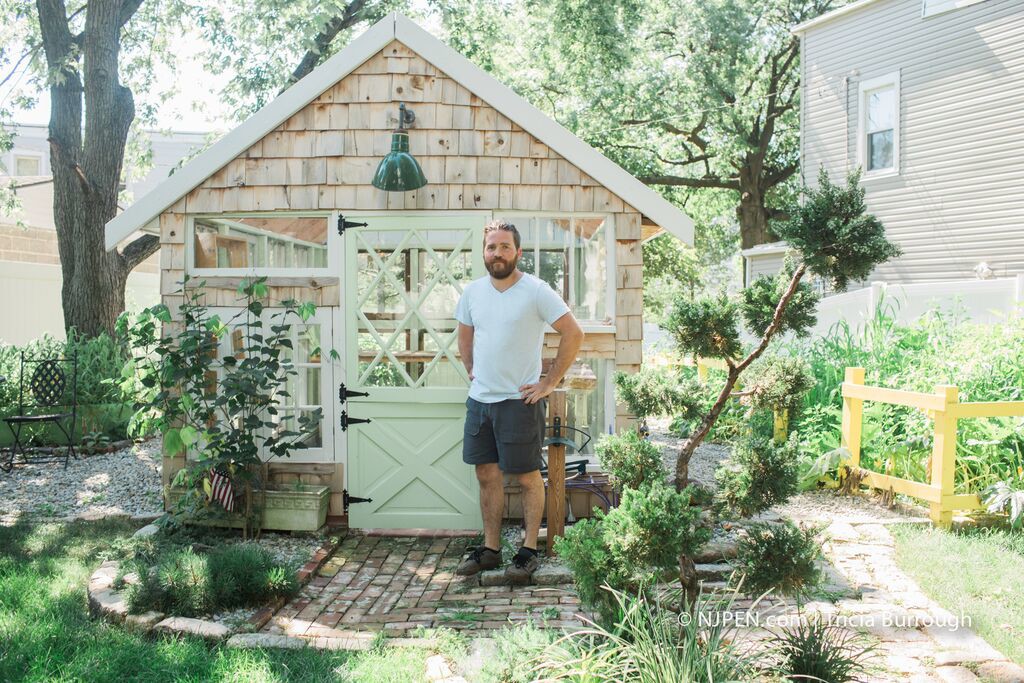 In the six years it’s been operational, the Collingswood Community Garden has only grown in scale and ambition, said coordinator Wayne Ehret.

Ehret has seen the stretch of land along Washington Avenue transformed from a row of demolished garages into a physical manifestation of the can-do attitude of Collingswood community volunteers.

He can recall the evenings when its first plots were laid out in the darkness behind his home by the glow of car headlights; knows every inch of the property from cultivating it.

As the community garden blossomed in his backyard, Ehret became friends with Bruce Faulseit, a Lincoln Avenue neighbor whose land also abuts it. About two years ago, Ehret took notice of the greenhouse Faulseit had built on his own land, and told him, “We’re going to take that and put it back in the garden.”

Faulseit’s response: “I’m going to give you a hand building [it].” 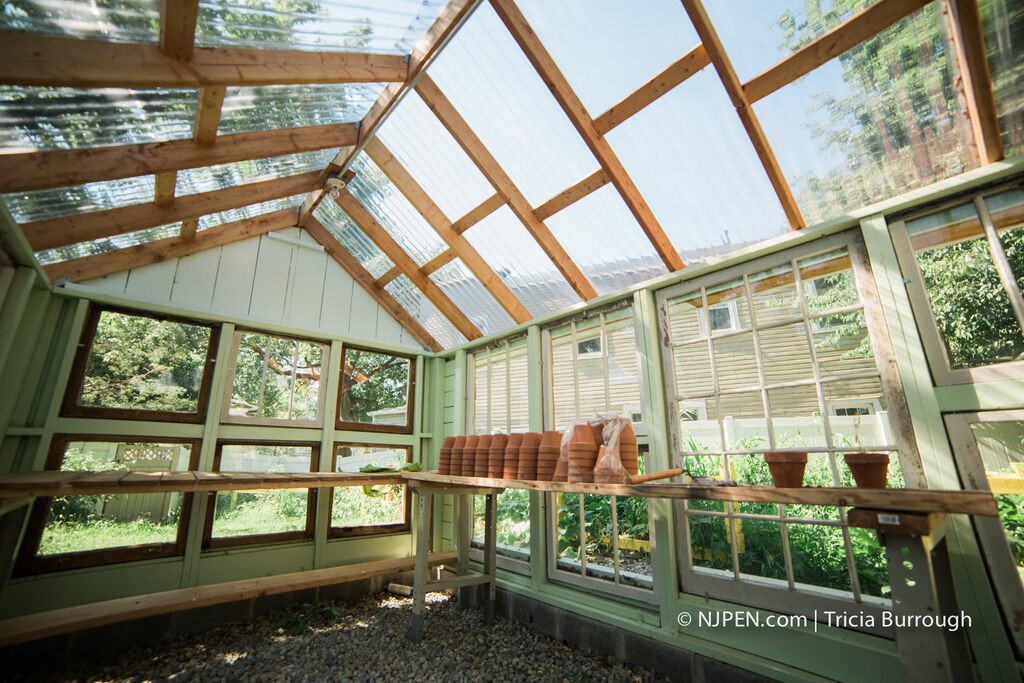 Fast-forward to the spring of 2015, and Faulseit, who just had sold his Collingswood home, reminded Ehret of his promise.

In five days, the two men laid out a simple, cinderblock foundation and assembled the structure onsite with hand tools.

They framed the greenhouse with two-by-fours and an inventory of reclaimed windows that Ehret had salvaged from a yard sale. They sided the structure with cedar shingles and topped it with a corrugated plastic roof.

In total, the build cost the garden about $1,000; Faulseit, who is not a member of the group, volunteered his labor as a goodbye gift to the neighborhood. 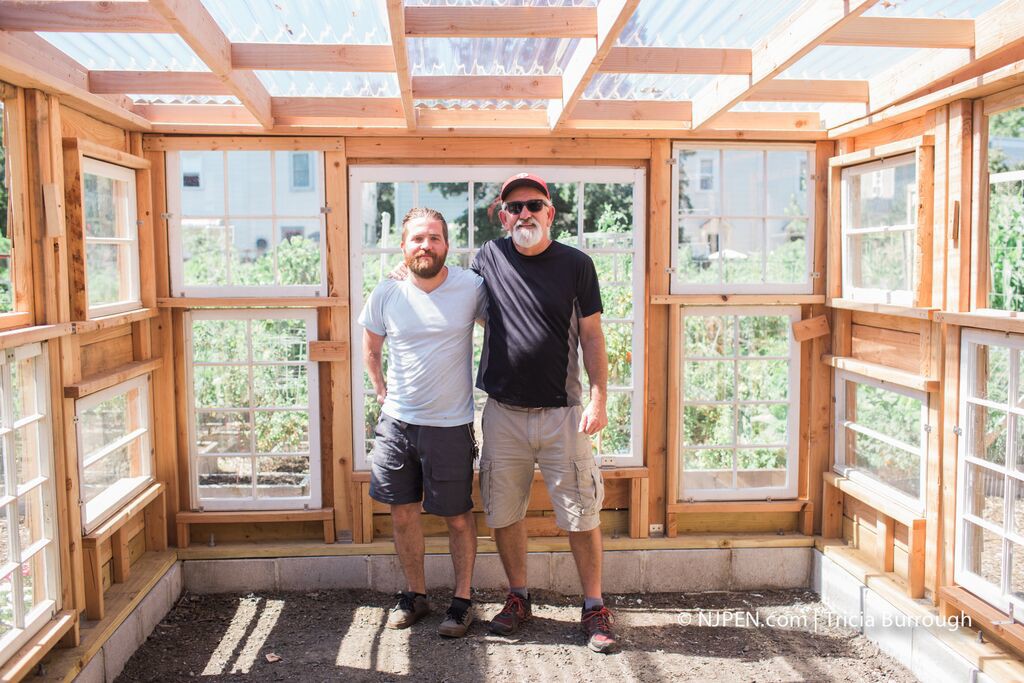 “We spent some time laying everything out and making sure it looked right, [but]the model’s exactly the same as mine.” Faulseit said.

“Anybody could do this if they have the time and a bit of skill.”

For Ehret, who grows and sells about 200 varieties of seedlings in his basement to raise money for the garden, the greenhouse will afford him (and the other 75 gardeners) the opportunity to cultivate starter plants in a controlled environment.

From heirloom tomatoes to perennial flowers, the gardeners will have their choice of seeds “instead of going to Home Depot and buying whatever you can get,” Ehret said. 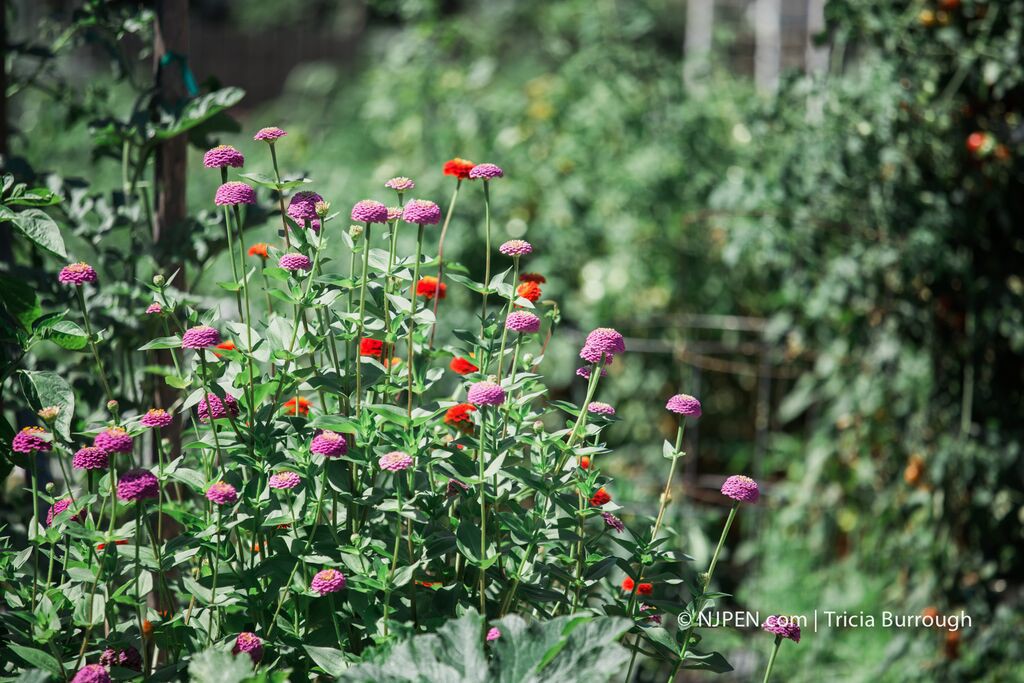 “When they’re ready, they pick them up [from the greenhouse]and go out and plant them in the garden,” he said.

The isolated space and variety of crops within the greenhouse also will help mitigate the risks of disease that can sometimes afflict industrial nurseries, Faulseit said.

“You know, from the soil to the seeds, exactly what you’re dealing with,” he said. “There’s no question what you’re putting into the ground.”

The greenhouse also lets gardeners discover which varietals grow best in the soil on their plots, and should ultimately help them to produce a greater diversity of organic crops.