Citing a lack of foot traffic and increasing cost pressures, owner Melanie McGovern shut the doors to her children’s shop for good July 31. 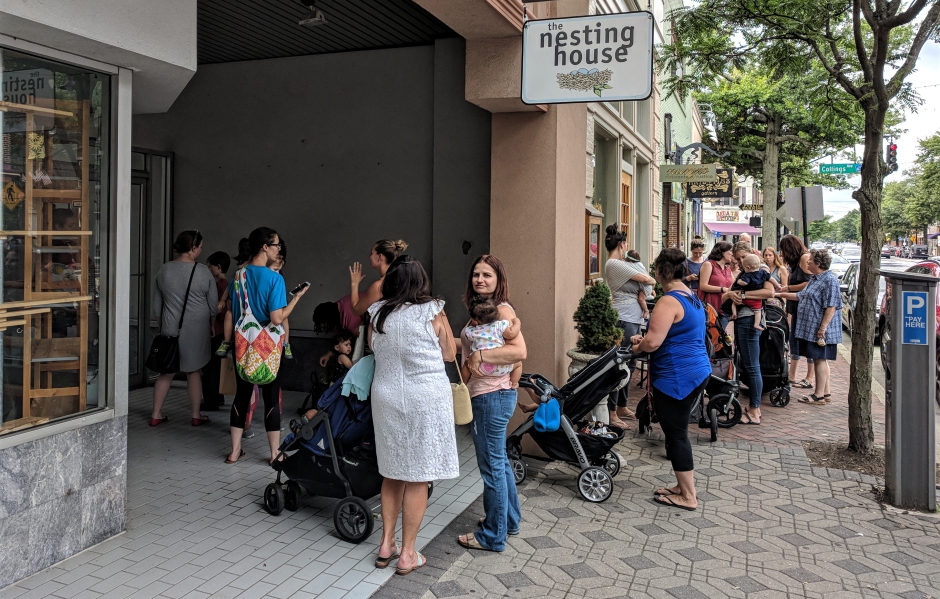 Shoppers line up outside the Nesting House on its last day in Collingswood. Credit: Matt Skoufalos.

At 2:45, the line stretched from the middle of the 700 block of Haddon Avenue all the way to the corner at Collings.

At least 70 people deep, it grew until the doors of the Nesting House children’s boutique opened for what would be the last time.

“I had a cry session already at Occasionette,” said Daitza Cohen of Collingswood.

“This [store]  was such a good support to me as a first-time mom.

“It was part of my routine,” Cohen said. “This is heartbreaking.”

Jennifer Brodzik of Mickleton said she’s been a weekly shopper at Nesting House since the shop opened in July 2013. In large part, those visits were to see owner Melanie McGovern, who formed deep relationships with her customers since taking over the shop in 2017.

But Nesting House also was a place where customers like Brodzik could consign the clothes her children outgrew, and trade them in for new stuff. It was a safe spot for breastfeeding mothers, a gathering place for stroller walks, a meet-up for workshops in cloth diapering or infant CPR. 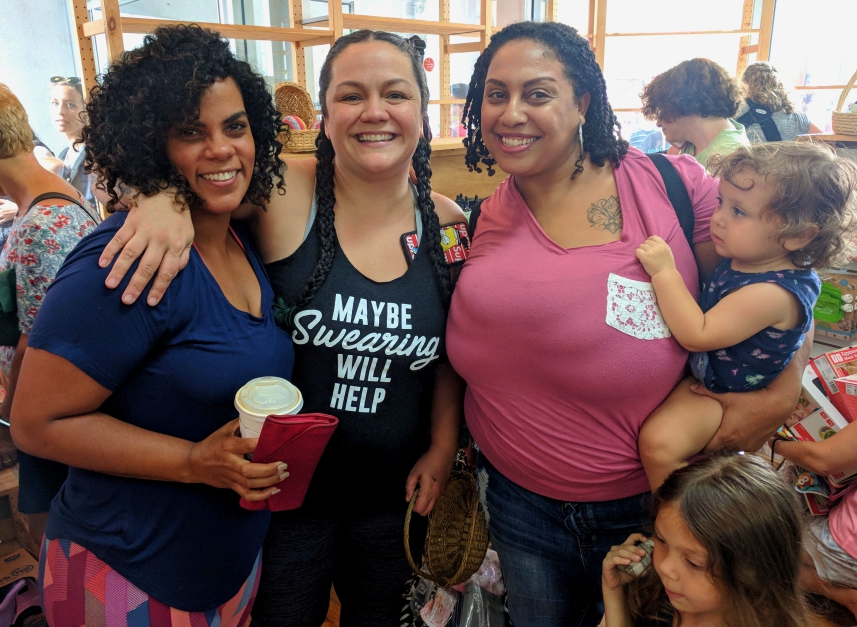 “Where else can you have your kids play while you shop?”

Sarah Brambila of Collingswood said Nesting House will be remembered for its child-friendly, welcoming atmosphere.

The commitment to sustainable consumerism reflected in its product lines reinforced a overall attitude that was particularly supportive of new mothers, she said.

“A lot of the people I knew are here just for support,” Brambila said of the closing-day queue. “Maybe [the shop wouldn’t be closing]  if people realized how difficult it is to have a small business like this,” she added.

“We were lucky to have them here.”

McGovern said the decision to close the Collingswood store, which Nesting House announced late Monday night on its social media channels, “just boils down to the finances of small business.” 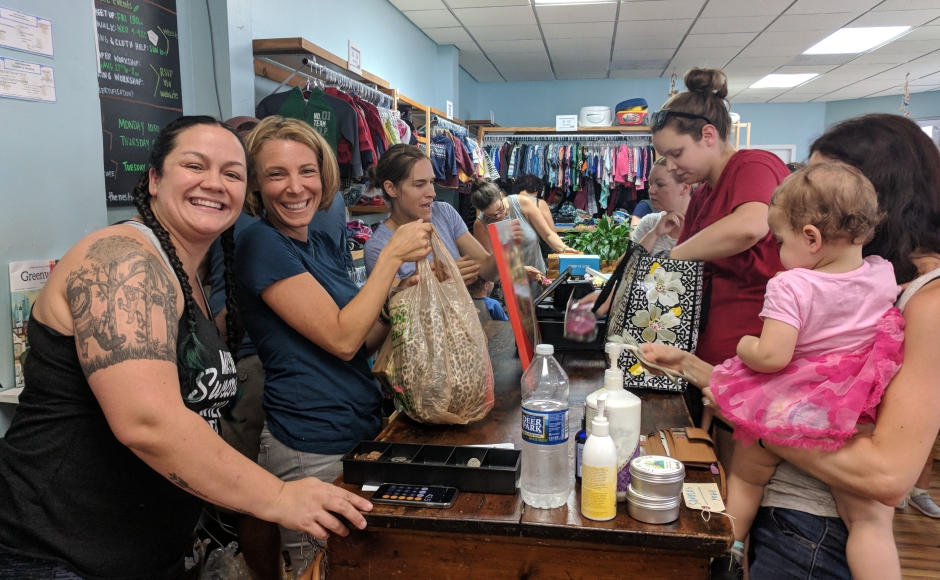 Nesting House owner Melanie McGovern (left) cashes out a customer on the final day of her shop. Credit: Matt Skoufalos.

“It’s [a lack of]  consistent volume, consistent foot traffic, [and]  an increase in rent and expenses over the years,” she said.

McGovern considered relocating Nesting House into a nearby storefront, but the downward trends of June and July shoppers prompted her to call it quits before August.

Even with the store mobbed on Tuesday afternoon, she had a smile and a hug for each person who stopped in.

The connections she’d forged in a year-and-a-half seemed to all rise up to meet her at once.

“Because it’s such a small town, once you open up a business, everything’s integrated more,” McGovern said. “I’m having a harder time than I thought I would.”

A master’s-degreed teacher and certified cycling instructor, McGovern said she doesn’t know what will happen next, but that she’s “completely open” to the possibilities.

“I know what this means to me and the families I’ve gotten to meet,” she said. “I’m beyond privileged that I got to do this.

The Nesting House still maintains shops in South and West Philadelphia, and in Mt. Airy, Pennsylvania.