The home was unoccupied at the time the fire broke out. Firefighters from six local companies responded. 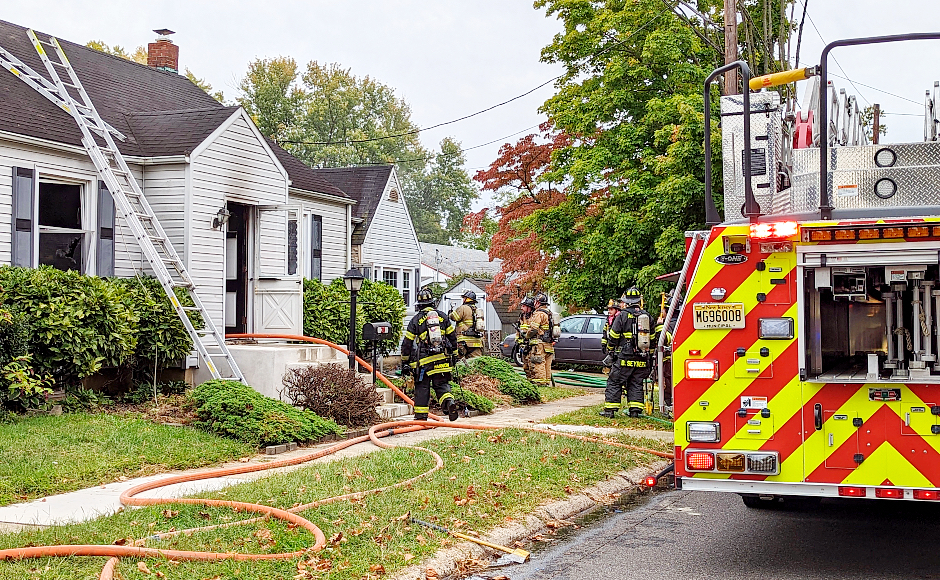 Firefighters subdued a house fire in an unoccupied Oaklyn home Friday morning with no reported injuries.

Oaklyn Assistant Fire Chief Rich Repas said that companies arrived on the scene shortly after 9 a.m. to fire showing from the front window of a single-family home in the unit block of Ridgeway Avenue.

The flames were extinguished quickly, thanks to help from responding fire companies from Audubon, Audubon Park, Collingswood, Haddon Heights, and Westmont.

Mike Hayden, who lives nearby, said he was alerted to the incident when a passerby walking their dog began calling into the house.

“I heard someone knocking on the door saying, ‘Hello, are you in there?'” Hayden said. “I saw smoke coming out.”

Firefighters managed to subdue the flames without any damage to surrounding properties.

Repas said the incident is still under investigation from the Barrington fire marshal.

He advised residents to make sure their smoke alarms are functional, and to change batteries as needed as the fall season approaches.