Chef Joseph Nocella of Blackwood offers his own twist on classic dishes and pizza in a format he describes as restaurant-quality takeout and delivery. 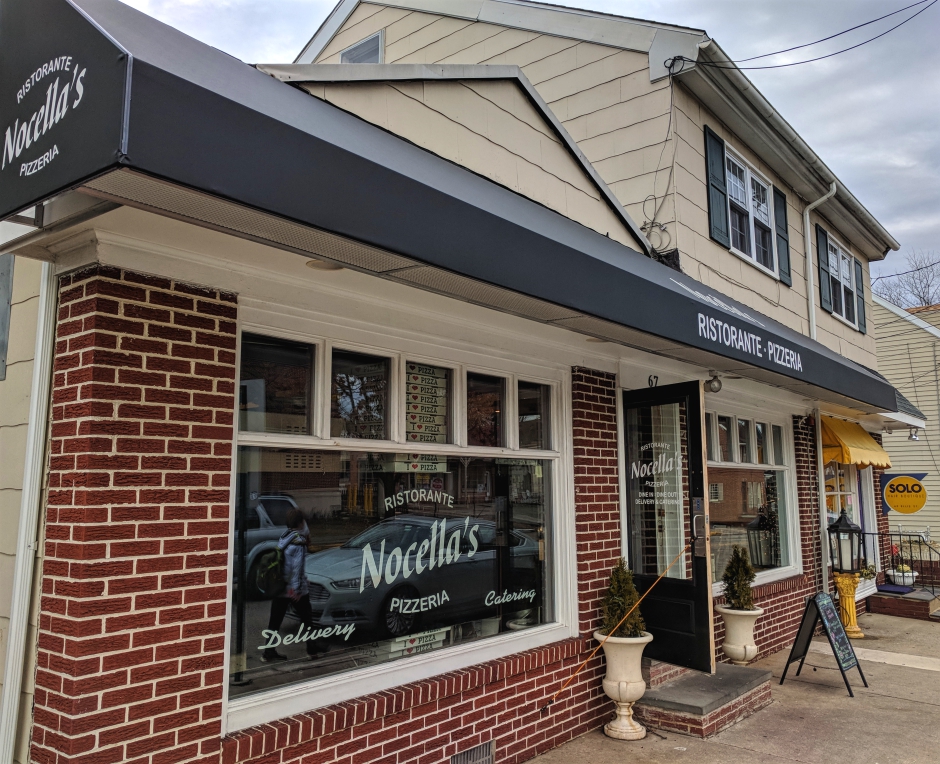 In South Jersey, it’s almost unfathomable to operate an Italian restaurant without a strong attachment to the regionalism of the cuisine.

Chef Joseph Nocella describes his cooking as something in the middle: a fusion of heritage and practical experience.

Nocella doesn’t stand on ceremony. He’s never visited Italy and doesn’t claim to have cornered the market on authentic cuisine. He has, however, spent about half his life in professional kitchens, honing his craft at Philadelphia dining destinations like La Scala and Scarpetta. The Haddonfield restaurant that bears his name is the first Nocella has helmed, and after nine months at 67 Ellis Street, his food is finding an audience. 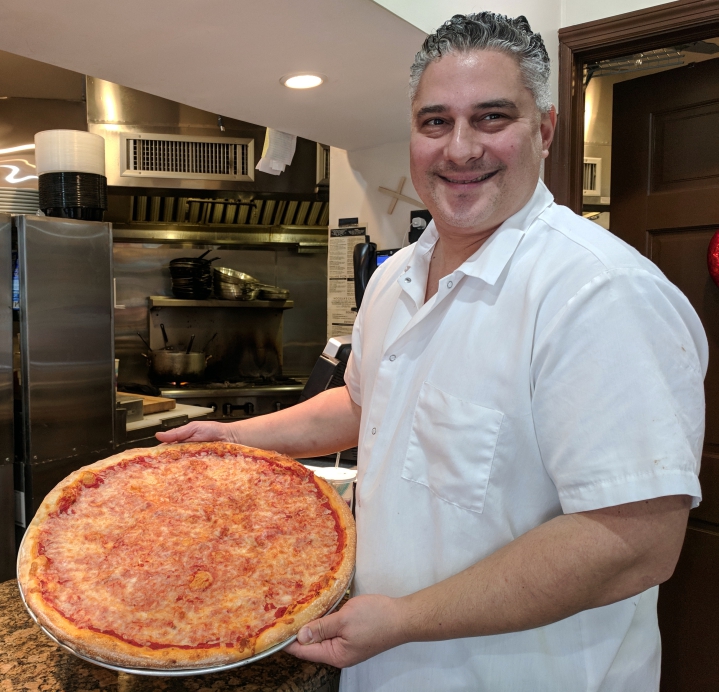 Nocella described his eatery as “a restaurant that serves pizza, not a pizzeria that serves food.”

Although the cozy storefront is suitable for parties of 20 at the most, its principal business is cooked-to-order, restaurant-quality takeout and delivery.

Often inspired by classic dishes, Nocella offers unique twists on familiar Italian meals that he hopes will distinguish his eatery in a crowded South Jersey market.

“I have red-sauce stuff, but I also have octopus [salad]. You’re not going to be able to get that everywhere.”

The bulk of Nocella’s pastas—cavatelli, gnocchi, spaghetti, fettuccine, linguine, pappardelle—are made in-house. The fettuccini della pappa is made the way his father did, with braised chicken, porcini mushrooms, grated ricotta salata, and porcini oil drizzle. 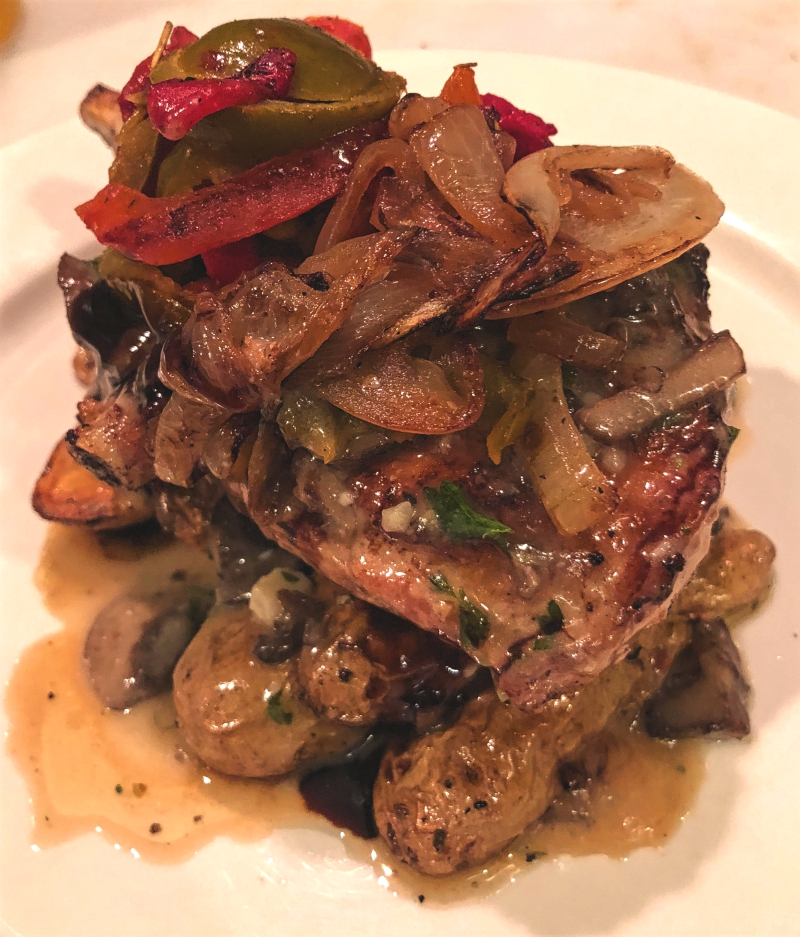 Named for his aunt, the pappardelle della zia features braised hot and sweet sausage crumbles in a white wine-tomato sauce with peppers and onions.

Spaghetti della nonna, his grandmother’s namesake dish, offer’s a take on “pasta cheech,” with escarole, white beans, and prosciutto, in a garlic and oil sauce.

Slow-cooked short ribs appear on the menu in various forms, including in a sandwich that Nocella describes as a “grown-up cheesesteak,” topped with caramelized onions, long hots, mushrooms, onions, and provolone cheese sauce.

“If you are a vegetarian, if you have a gluten allergy, there are really good options here that you will enjoy,” he said. 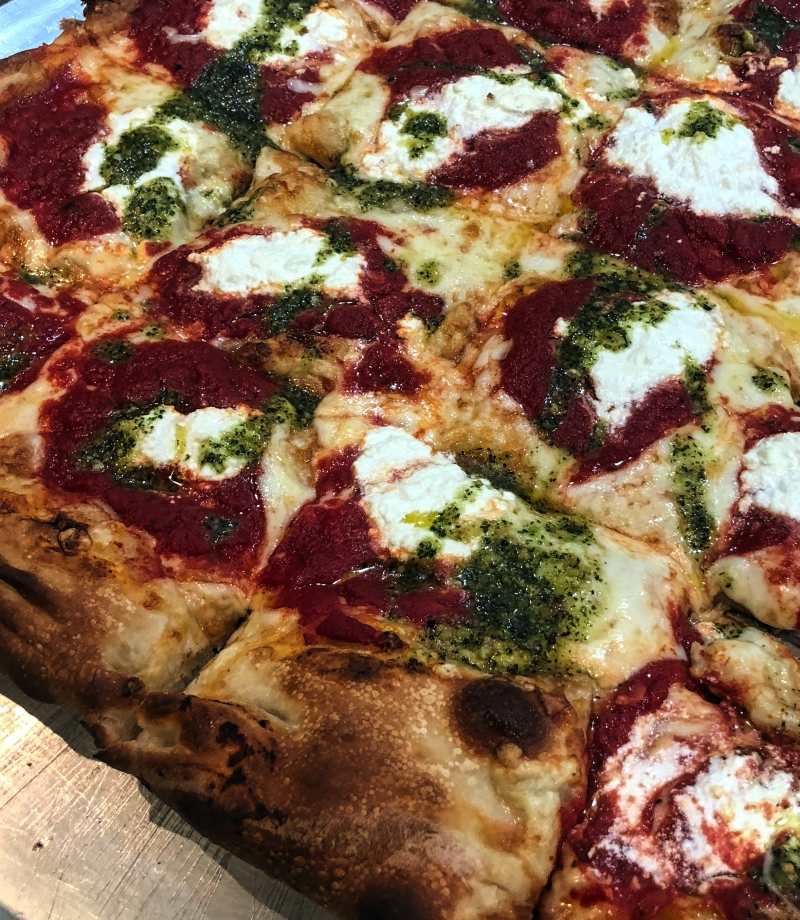 Nocella’s may be restaurant first, pizzeria second, but its brick oven cooks up a light, crispy crust pie begun with a three-day-proven dough.

Its square pizza is thinner than a Sicilian deep-dish, with several variations, from ricotta-fontina-mozzarella to a sauce-striped grandma pizza finished with fresh basil and sliced garlic.

Nocella is soft-spoken about his cooking; proud of his flavors, modest about the simplicity of his ingredients.

He’s happiest when his “patience and passion” come across in the dishes.

“Really there is no secret,” Nocella said.

“You’ve got to keep pushing and pushing until it comes out right.”

Nocella’s is located at 67 Ellis Street in Haddonfield, and is open Tuesday through Sunday for lunch and dinner. For more information, call 856-528-5070.