Trending
You are at:Home»Police & Fire»Oaklyn»Oaklyn F.D. finds Second Life for Old Lifelines at Cape May Zoo 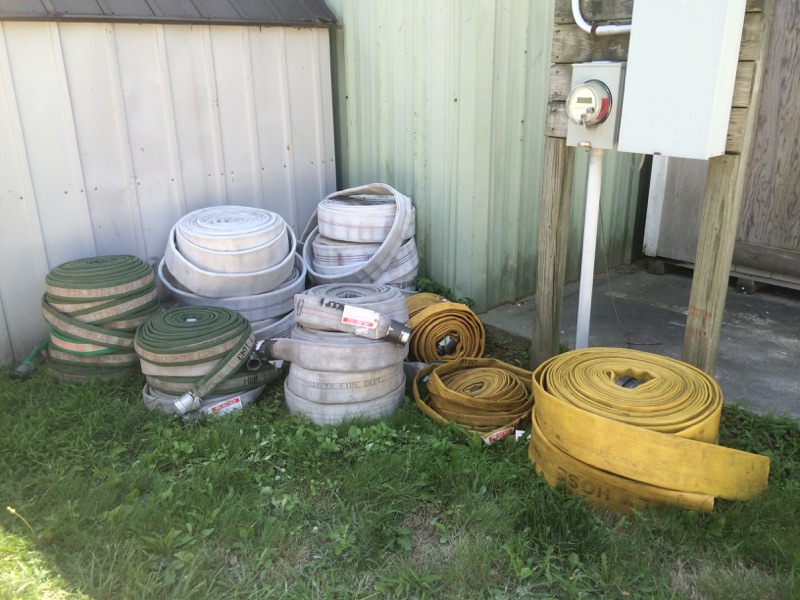 It turns out that a thousand feet of defective fire hose goes a lot farther than you’d think.

The Oaklyn Fire Department made 21 lengths of the unserviceable stuff stretch all the way to the Cape May County Zoo last week, and in doing so, the all-volunteer company may have given it a second or even a third meaningful life.

Established by Congressional attorney (and volunteer EMT) Lisa Daly, Hose2Habitat helps keep decommissioned fire hoses out of landfills by passing them on to zoos, sanctuaries, and animal rescues to be woven into “animal enrichment” materials—softer beds, toy balls, and hammocks. 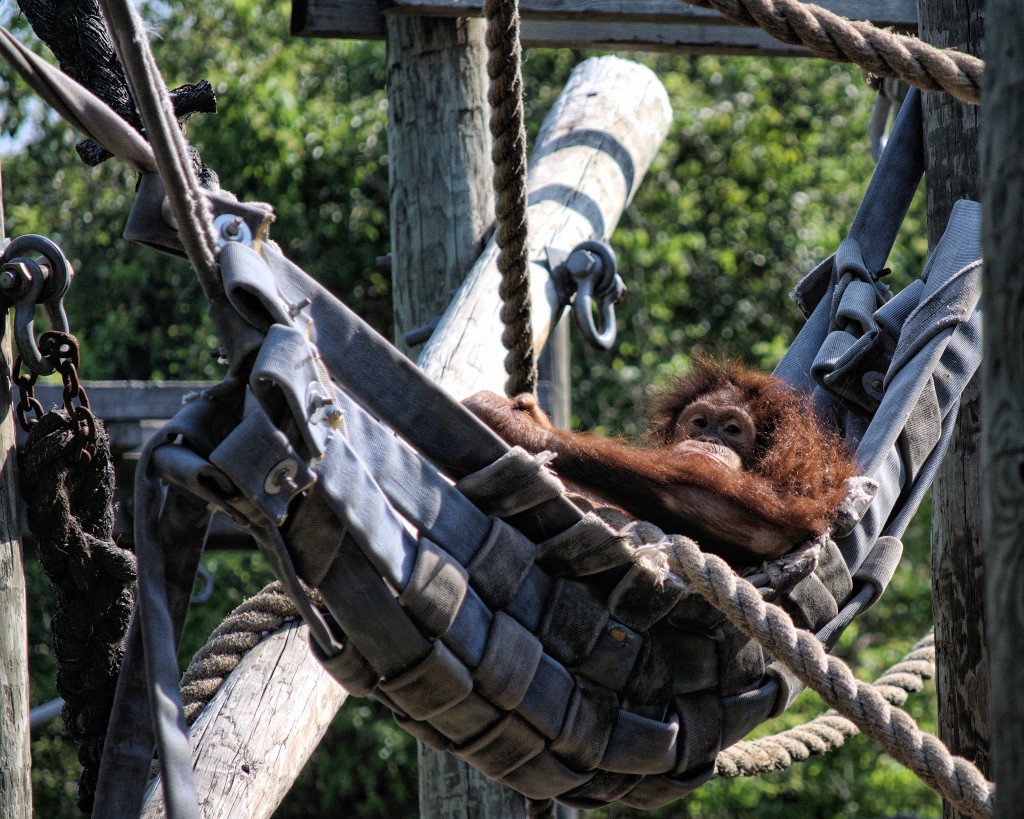 These “enrichment” items can help animals retain muscle tone and natural behavior, or keep them from inflicting self-harm due to stress, boredom, or depression, Daly said.

Plus, Grudzinski added, “We can’t use [the hoses]any more in firefighting.

“I’d much rather [they]be used than put in an incinerator or a landfill,” he said.

So last Friday, Grudzinski and OFD Assistant Chief Rich Ripas loaded the hoses into the back of a pickup truck and headed south.

In addition to improving the quality of life of animals in captivity, crafting enrichment items out of donated materials provides critical financial relief for facilities that don’t have the dollars to expend on such things. Turning heavy-duty garbage like old hoses, lumber, PVC pipe, street sweeper brushes, and industrial rubber into special bedding and toys also keeps such long-lived products out of the waste stream, Daly said. 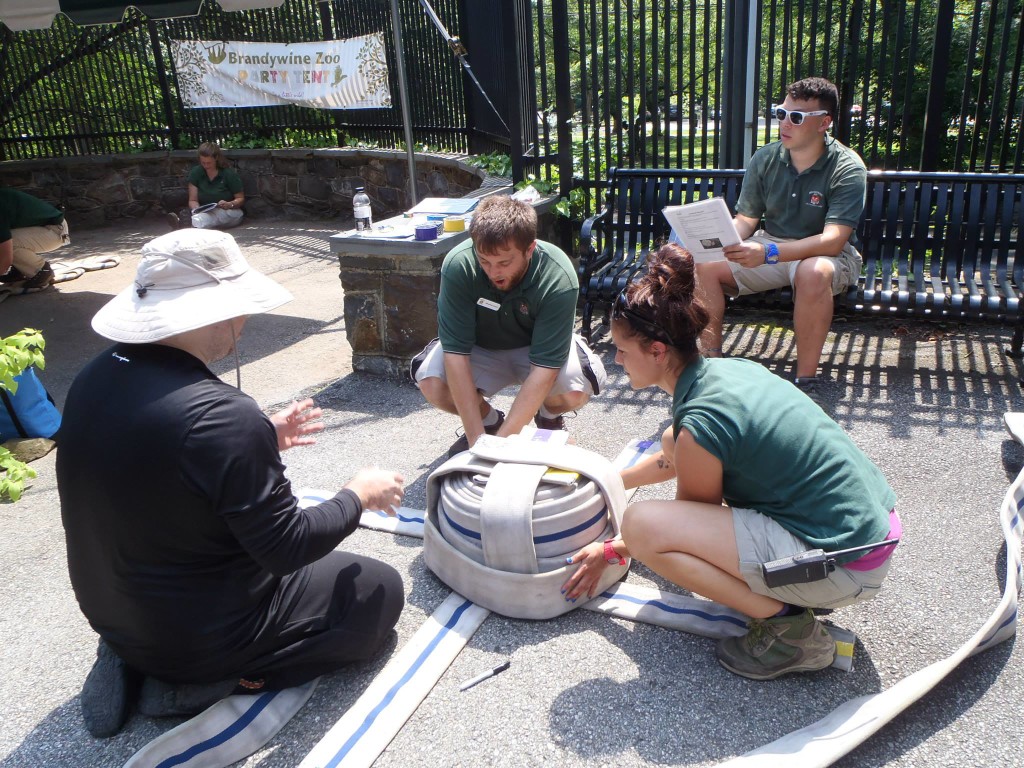 “If you’re using [old materials]for zoo enrichment, the things [zookeepers]would normally buy, they don’t have to buy,” Daly said. “It makes less have to be produced.”

When the materials have run their secondary course as animal enrichment items, Daly hopes to extend their life cycles a bit further by auctioning them off as lawn furniture, or repurposing them as belts or bracelets to raise funds for the nonprofit agency.

“There’s so many levels of why this is so satisfying, and the environmental [aspect]is one of them,” Daly said.

The donation was mutually beneficial; as Grudzinski pointed out, getting rid of the hoses freed up needed space in the OFD storage closet, and it also kept the unusable material out of the dump. But he also found a moment of recognition in the opportunity to help out another small, volunteer organization. 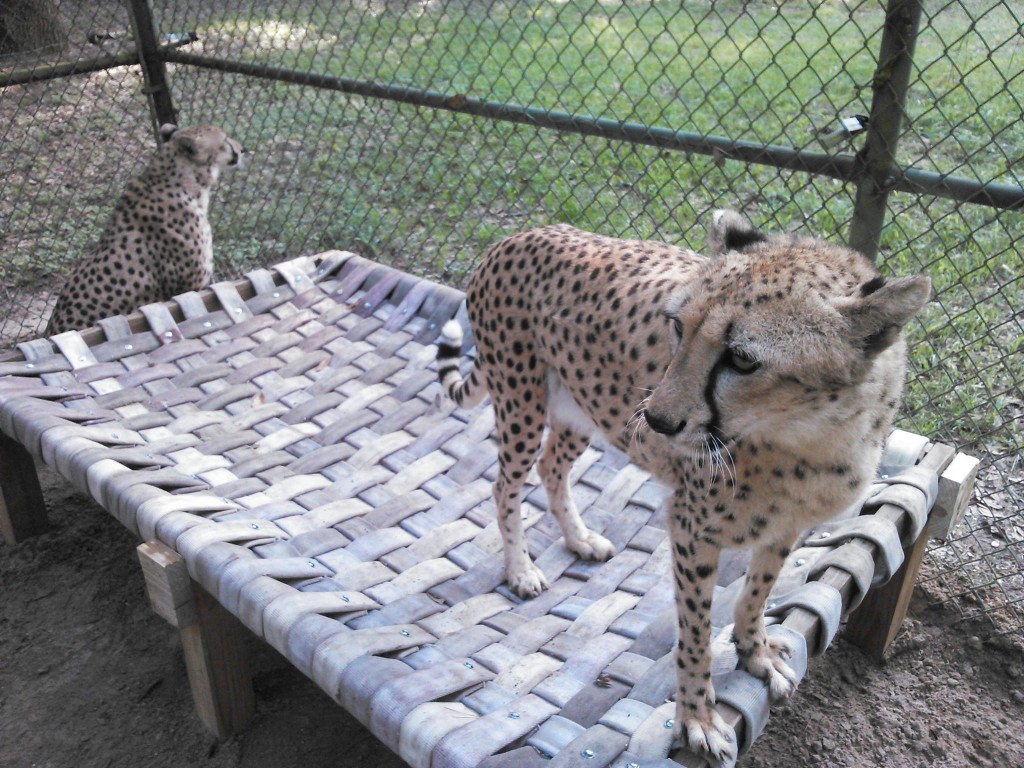 “As an organization that relies on donations, it feels good to give back to another one,” Grudzinski said.

With any luck, he said, the impact of the exchange will be long-lived for both the Cape May County Zoo and the animals in its care.

“If I go there next summer and I can see fire hose that still is labeled ‘Oaklyn Fire Department,’ I can tell my kids, ‘Hey, we dropped that off!’” he said.

Want to support Hose2Habitat? Here’s how.
How about Oaklyn FD? Click here.