Trending
You are at:Home»People»Remembering Tyler Quinter, 13, of Oaklyn

A little boy who loved helping people touched many hearts in a brief but brilliant lifetime. 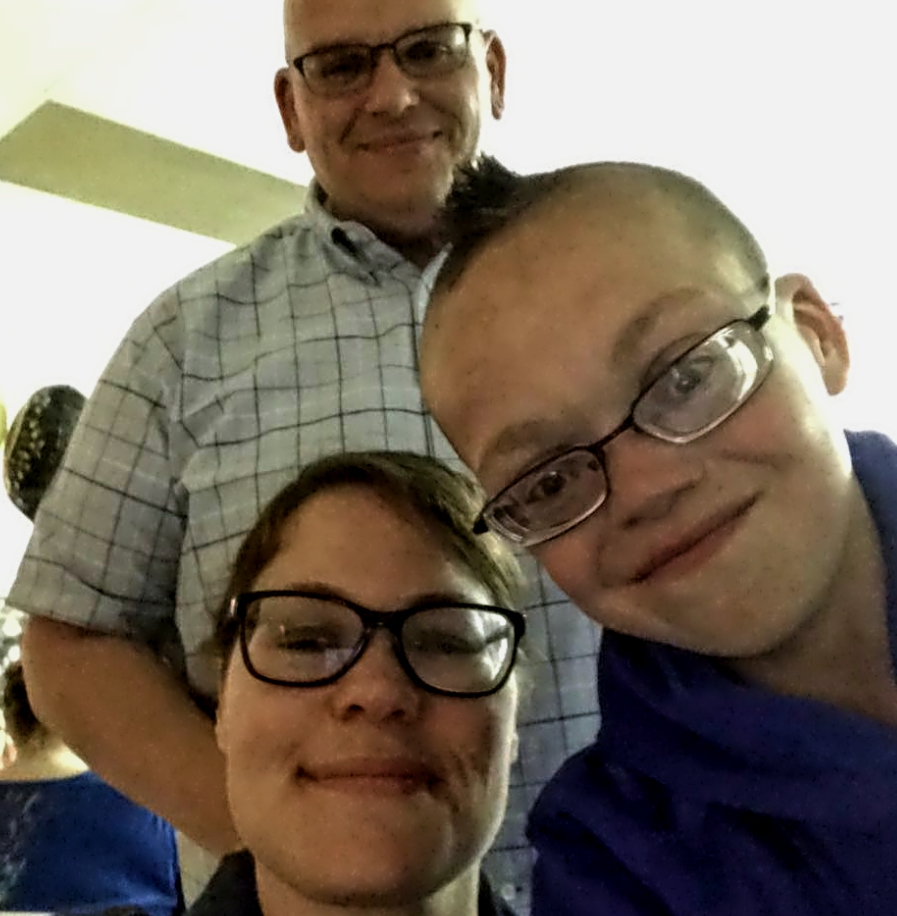 Just over 14 years ago, Mark and Lori Quinter of Oaklyn learned that they were going to have a baby.

Mark remembers how it felt when the couple started prenatal care; how an early sonogram was a dazzling experience.

“We were sitting there looking at the ultrasound images, and we saw these pretty colors popping up,” Mark said.

“It was the neatest thing you could see.”

However beautiful it was to behold, the scan revealed a developmental condition called hypoplastic left heart syndrome.

The baby’s heart had never developed a lower left ventricle.

Then came a diagnosis of spina bifida.

Mark and Lori were told that their child would require at least two immediate surgeries. They were offered the choice to terminate the pregnancy.

“We’ve never been through any of this,” Mark said. “What do you do?”

The Quinters decided to put their faith in God and the high-risk doctors who followed Lori closely throughout the pregnancy. When she delivered their son, Tyler, doctors found a second defect in his heart: he was missing a pulmonary artery.

At less than two weeks old, the infant underwent heart surgery at St. Christopher’s Hospital for Children while his mother recovered at Cooper. It would be several months and a second surgery to correct the valve defect before Tyler would be discharged. 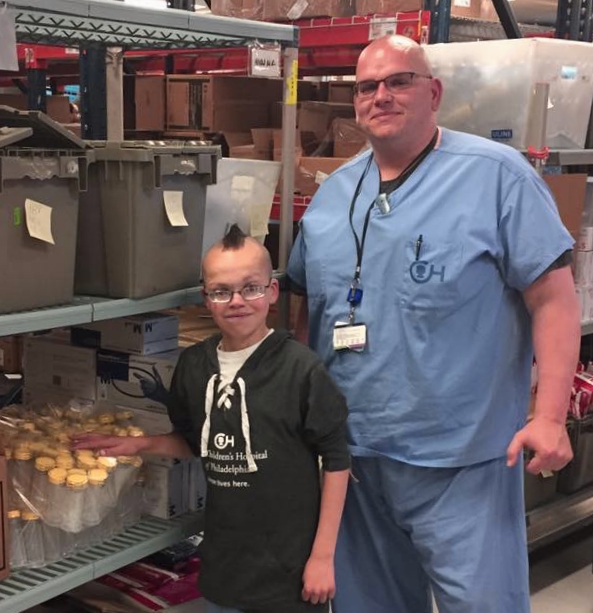 Tyler with Mark at Take Your Child to Work Day. Credit: Quinter Family.

But then the baby who’d come home on a feeding tube just “took off,” Lori said.

“He started drinking from a sippy cup,” she said.

“He crawled for a couple days. He scooted around, and then he was off.”

His first word was “Mom.”

Since then, Tyler led “as normal as life as possible,” Mark said.

He had some health-related restrictions—a passionate sports fan, Tyler played Miracle League instead of Little League baseball; shot hockey balls in the driveway and not at the rink—but never needed another surgery.

He was scheduled for an annual checkup Monday.

As dismissal last Friday, Tyler went around shaking his teachers’ hands, saying, “Have a great weekend.” Saturday, he saw extended family in Hoboken for his cousin’s birthday. On Sunday, his parents and grandparents both celebrated their wedding anniversaries.

“In the days leading up, it was as if God was helping him close things out,” Mark said. “It was like he knew.

“He just didn’t get up on Monday,” Mark said. 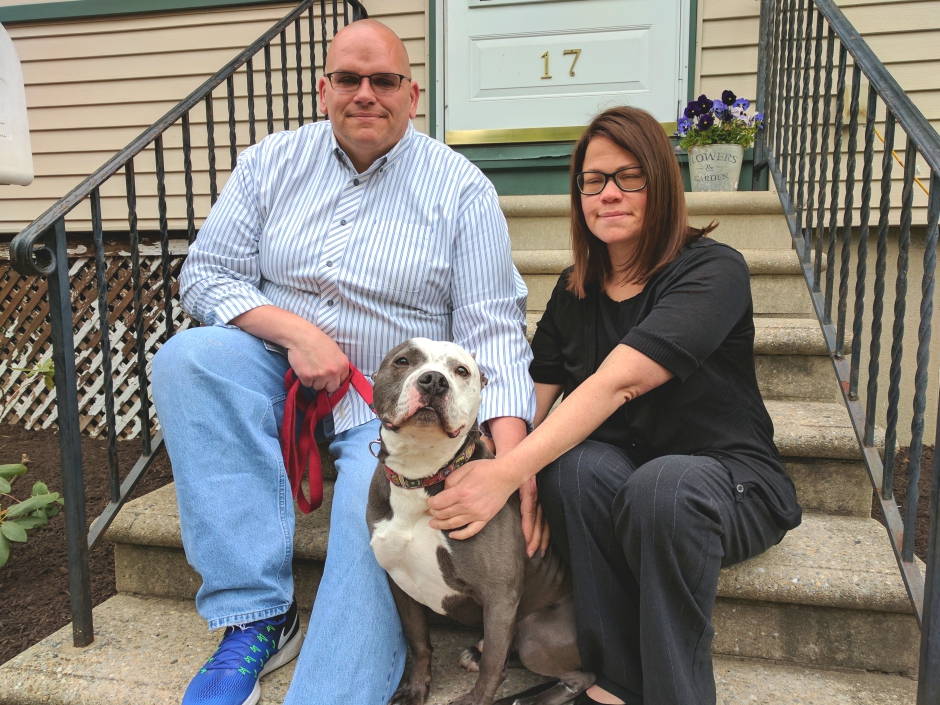 To know Tyler was to love him, his parents said.

The boy sang in chorus, participated in scouting, and volunteered many hours to Paw It 4ward, the animal rescue foundation through which the family met their dog, Hudson.

At school, the principal turned a blind eye to Tyler’s handmade bracelet sales because he was using the proceeds to buy snacks for friends who didn’t have the money.

“He loved to help people, whether it was the old lady across the street or a little boy who fell in school,” Lori said. “He would tell kids at the playground to stop cursing.”

“He was a compassionate and caring person,” Mark said. “He didn’t shy away from trouble; he tried to resolve trouble. He was a peacemaker.”

“That was the biggest thing about this kid,” Lori said; “he had a big heart. He wasn’t afraid of things.”

Tyler left an impact wherever he went.

The compassion his caretakers showed her son inspired a career change in Lori, who returned to school to become a medical assistant. Mark worked his way through a career in hospital supply chain management, learning the other side of the surgery practices that had saved his son’s life. 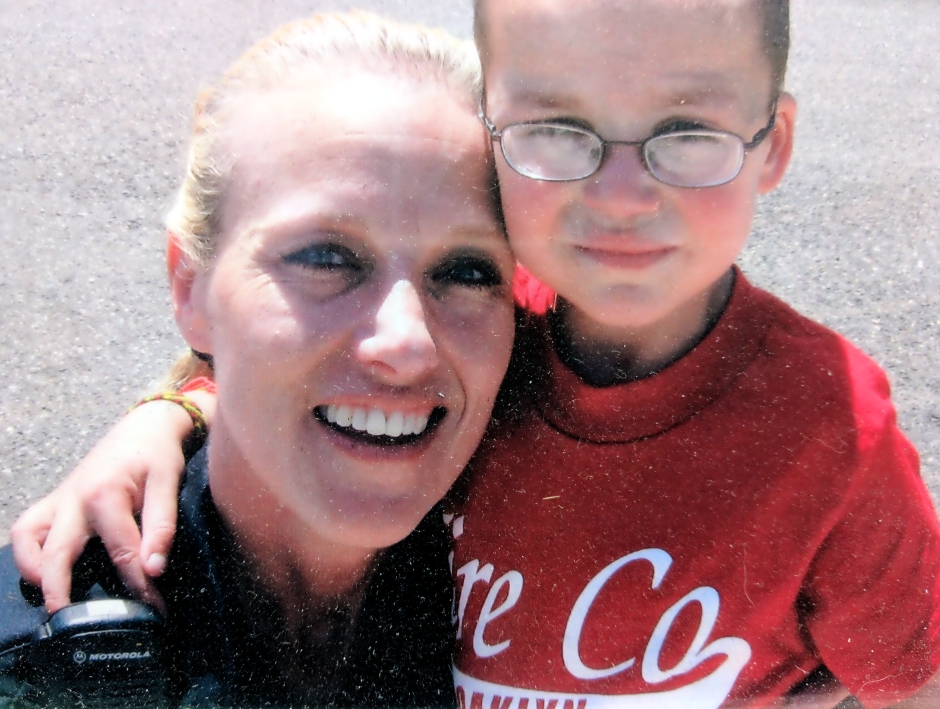 When the realities of his health chased away dreams of a career in law enforcement, members of the Oaklyn Police Department, which Tyler adored, encouraged the boy to find a workaround.

“He always wanted to be a police officer,” Sgt. Jayne Jones said.

“I said, ‘Do you know what my most important tool is? My radio. We rely on dispatchers. The information that they give us, they’re like our lifeline. They’re our help.’

“[Tyler] got really excited about that,” Jones said. “He loved the idea of being able to help the police. He always just wanted to help.”

Tyler would tell the officers who stopped to chat with him how he prayed for their safety. When Officer Michael McGeehan introduced Tyler to his new partner, the boy responded, “I’m Tyler Quinter. You’ll get to know me.”

“It’s tough to think he’s not here, but I can’t help but smile,” Jones said. “I feel blessed that he was a part of my life. If I was on patrol and he saw me on patrol, he would watch.

“He was my guardian angel,” she said. “He always wanted to make sure I was okay.”

Services for Tyler Quinter will be held Friday at the Creran Funeral Home in Oaklyn. In lieu of flowers, his family has suggested memorial donations be made to Make A Wish New Jersey or Paw It 4ward.