The Haddonfield resident is part of a multinational team arguing for nuclear disarmament on behalf of the Marshall Islands, where significant atomic testing took place.

Had the Biblical king felled his titanic adversary with a law book instead of a sling and a rock, it could be called a true David-and-Goliath story.

But if one of the tiniest sovereign nations in the world has its day in court, the impact could be no less momentous nor less long-lived than that ancient tale—and on the side of the angels is Rutgers law professor and Haddonfield resident Roger Clark.

Clark is part of a team that last week was nominated for a Nobel Peace Prize for its work on behalf of the Republic of the Marshall Islands, the tiny Pacific nation that has seen some of the most intense nuclear events in world history. From 1946 to 1958, the U.S. military conducted testing there, including the 1954 detonation of the Castle Bravo hydrogen bomb at Bikini Atoll—a weapon with 1,000 times the yield of Little Boy, the bomb that fell on Hiroshima.

Only one of 67 nuclear tests conducted in the Marshalls, Castle Bravo was the incident that hammered home the power of nuclear fallout, as the accidental contamination from the blast spread throughout Australia, India, Japan, and beyond. Former Marshall Islands foreign minister Tony de Brum was 9 years old at the time, and recalled witnessing the explosion from some 80 miles away.

Under de Brum in 2014, the Marshalls filed suit against nine nuclear superpowers—the United States, United Kingdom, France, Russia, China, India, Pakistan, North Korea, and Israel—in an effort to hold them to the terms of the 1968 global nuclear nonproliferation treaty. That agreement obliged non-nuclear powers to not pursue nuclear weapons, and the nine nations with them to negotiate in good faith to disarm the ones they had. In March, de Brum’s legal team, which includes Clark, will argue that the International Court of Justice has the jurisdiction to enforce the terms of that pact.

“If we win then, we get onto the merits of whether they’ve really got a case that they haven’t bargained in good faith,” Clark said.

Clark, a New Zealand expatriate, recalls that the atomic age was an immediate fact of life in the Pacific, as American, British, and French militaries developed their nuclear arsenals among the islands. There may be no more demonstrable proof of your insignificance on a geopolitical scale than watching the armies of larger countries light up the sky above your home with nuclear fire.

“That’s an experience that little people have all the time,” Clark said. “I think that’s why sometimes small countries feel compelled to engage in cases like this: because it assuages their sense of powerlessness. They feel like ‘All I’ve got’s the law,’ and they’re going to try to use it.

“This [case]really is about the rule of law and whether you believe in it; how much power it has for small people,” he said.

As much as the question of disarmament is about the rule of law, it’s more largely an existential one, Clark said—literally. In addition to the immediate horrors of a nuclear war, fallout from such an exchange would have disastrous effects for places like the Marshalls, parts of which are only a few feet above sea level. Global temperatures would cool due to soot particles in the atmosphere blocking out sunlight, causing crop failures, extreme weather, and worse.

“So many of the little islands are only three or four feet above sea level, to a large extent, and they’re going to be out of business at some time if global climate change continues the way it is,” Clark said. “Nuclear stuff is a whole piece of that. [It’s about survival.” 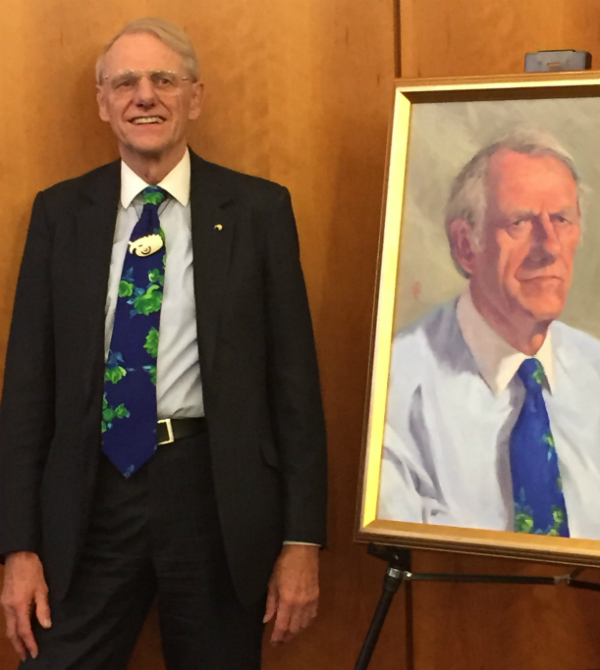 Even if his team were to win a Nobel Prize for its efforts, Clark doesn’t believe that the award itself would be enough to push global superpowers to commit to total nuclear disarmament, or possibly even to advance their case in international court. He did agree that the prize is “a game-changer in terms of bringing attention to the issue,” citing the significance of the award in helping end apartheid in South Africa and the Indonesian occupation of East Timor.

“People took it seriously,” Clark said. “If this nomination does something to be part of the case, that’s good. [But] I’m not big on recognition. I like doing stuff.”

He also believes that a pie-in-the-sky verdict—one ordering nuclear powers to negotiate the end of such weapons and the dissolution of nuclear arsenals—is possible.

“We’ve got rid of chemical weapons, and a lot of places have gotten rid of antipersonnel land mines,” Clark said. “It can be done. Some of it is the stumbling block that people believe in deterrents. Some of it’s [that]you get stuck on a position and it’s very hard to get yourself out of it.”

It’s a crowded field of nominees against which Clark et al. will vie for the distinction. The Nobel Foundation indicated that a record number of nominees—376 individuals and orgainzations—will be considered this year.

In the meantime, the legal team has an appointment in The Hague next week.