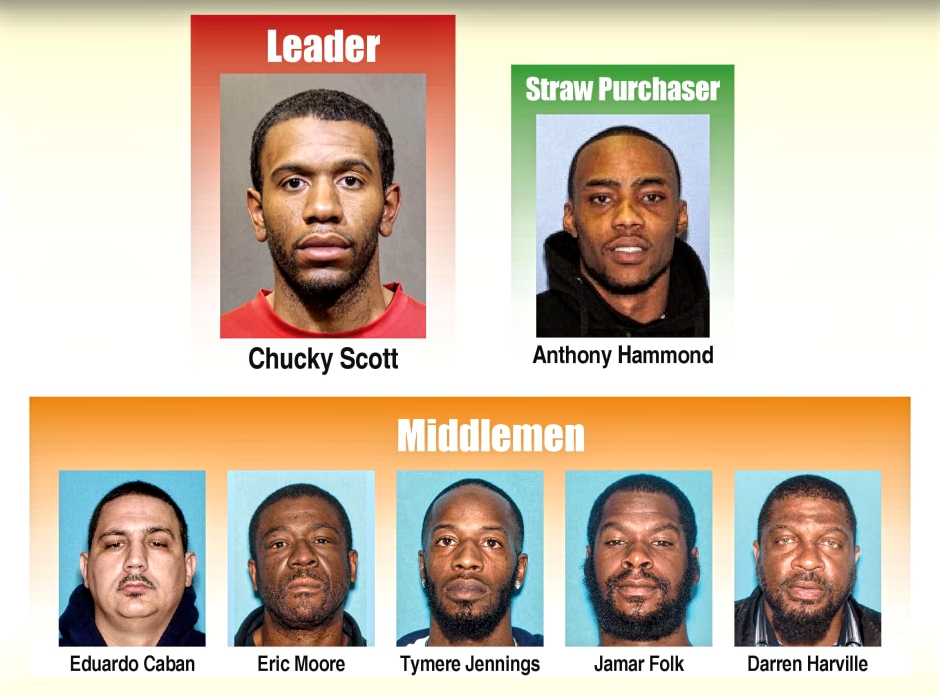 Suspects in an interstate gun trafficking ring that stretched from Ohio to Camden. Credit: NJ DOJ.

Chucky Scott, 25, and Anthony Hammond, 26, both of Columbus, Ohio, face first-degree racketeering and second-degree conspiracy charges, as well as second-degree charges for transporting firearms into New Jersey for illegal sale.

Scott also faces first-degree charges for being the alleged leader of a firearms trafficking network, and for promoting organized street crime.

The pair allegedly trafficked at least 33 guns into Camden; police have recovered only 17 of them. A spokesman for New Jersey Attorney General Gurbir Grewal confirmed that some of those weapons have been linked to violent crime in the city, but declined to provide specifics, citing ongoing investigations.

“We appreciate the efforts of our law enforcement partners to remove these guns from our streets,” said Chief Scott Thomson of the Camden County Metro Police Department in a statement.

“These high-capacity firearms would have been used to undermine our community and destabilize our neighborhoods, so making these arrests and eliminating this pipeline was imperative for the safety of our city.”

Police said the case spiraled outward from their investigation of Caban, who was allegedly dealing heroin provided by Coleman and guns purchased from Scott and Hammond in Camden City. 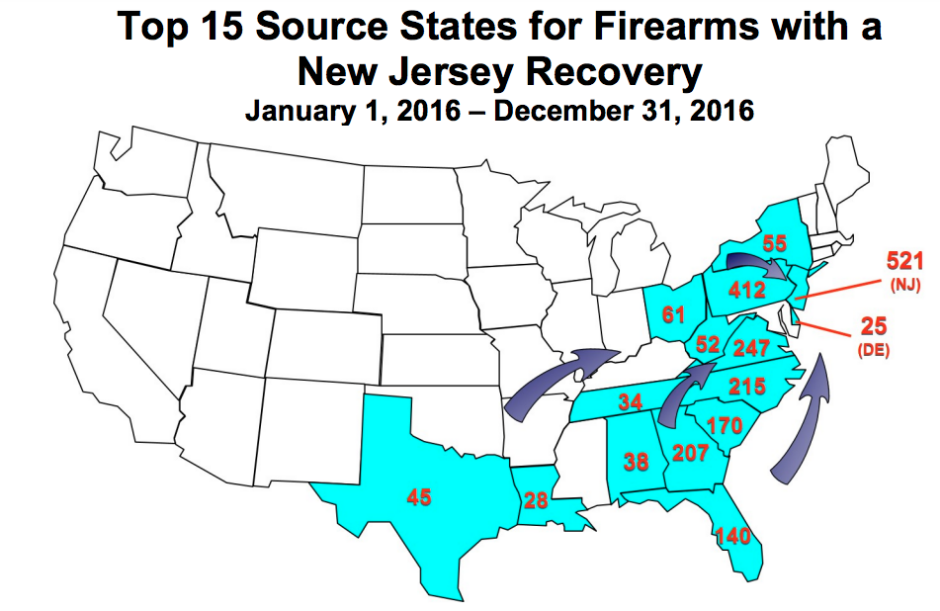 ATF tracking of source states for firearms recovered in NJ in 2016. Credit: ATF.gov.

Here’s how police said it worked.

Hammond allegedly purchased weapons, either in person or online, and Scott texted pictures of them to the five alleged middlemen, of whom Moore and Jennings are his cousins.

The alleged middlemen would arrange buyers in New Jersey, adding on a pass-through “tax” that they kept.

Hammond allegedly occasionally traveled with Scott to Camden to deliver the weapons, which included handguns and assault rifles with large-capacity magazines.

Police said Scott was paid either in cash or money transfer.

If convicted on first-degree charges, the men would serve at least 85 percent of a 10-20-year sentence and fines of as much as $200,000; second-degree charges are worth five to 10 years in prison and fines of as much as $150,000. Felony weapons possession charges carry mandatory minimum sentences of five years without parole, while second-degree unlawful weapons possession charges have mandatory minimums of at least three-and-a-half years. 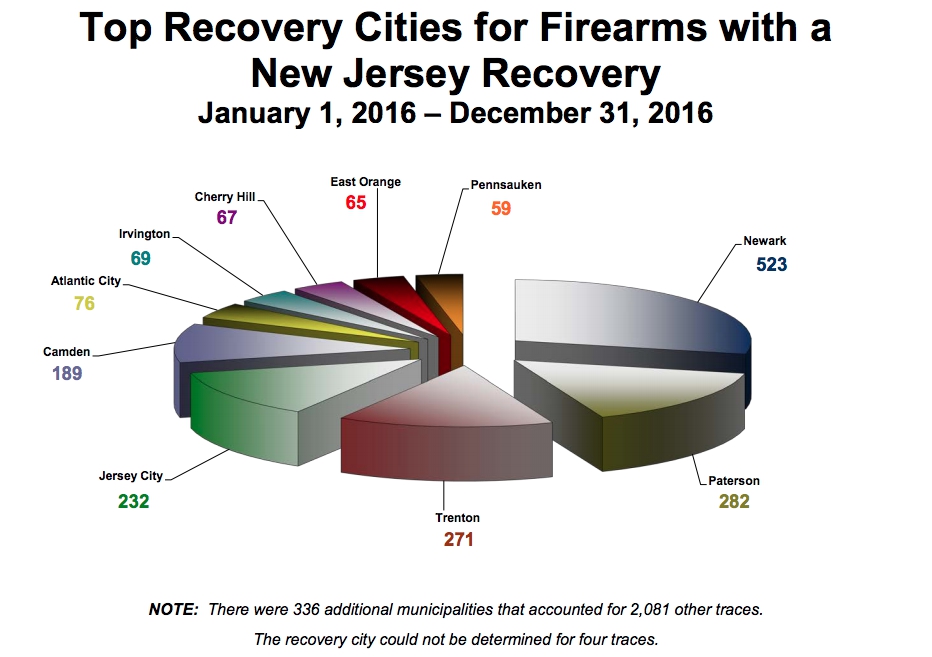 ATF tracking of source cities for firearms recovered in NJ in 2016. Credit: ATF.gov.

“More than three out of four of the guns recovered in New Jersey and traced by the ATF in 2016 originated in other states,” Grewal said in a statement.

“To reduce gun violence in our communities and reduce the threat to our police officers from assault rifles and other illegal firearms, we need to stop the flow of illegal guns into our state.

“We are committed to putting an end to this iron pipeline of firearms.”

The list of agencies involved in the apprehension of the suspects illustrates the intense manpower required to track and disrupt the flow of out-of-state weapons traffic into New Jersey. It includes:

All persons charged with a crime are presumed innocent unless and until convicted in a court of law. An arrest is not a conviction.