The arrest is the latest in a series of cross-state investigations specifically targeting weapons dealers who seek to subvert laws governing firearms registration. 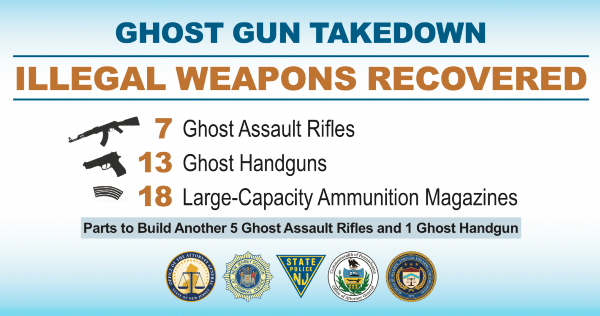 Details of a ghost gun seizure in Camden and Philadelphia. Credit: NJOAG.

Twenty-six-year-old Eduardo T. Lazo Jr. of Camden City is accused of heading up the enterprise, which was allegedly supported by 29-year-old Juan Enrique Fernandez and 30-year-old Ericknell Rivera-Mercado, both of Philadelphia.

Fernandez and Rivera-Mercado allegedly acquired gun parts at Pennsylvania gun shows, and at least one shop on the Ohio border, authorities said; and then assembled and trafficked the guns into Camden City, where Lazo is accused of having sold them illegally.

All three men were arrested and charged August 16; the subsequent execution of search warrants across Camden City and Philadelphia resulted in the seizure of four more fully assembled “ghost” handguns (one fully automatic), a fully assembled “ghost” assault rifle, parts for one “ghost” handgun and five “ghost” assault rifles, and nine large-capacity magazines, including 50- and 60-round drum magazines, plus ammunition, authorities said.

Bruck clarified that these arrests are unrelated to those announced August 19 in “Operation Grab and Go,” a similar sting to get illegal firearms off the streets.

“Ghost guns” are so-called by authorities because they are assembled piecemeal from individually purchased parts or kits, and therefore lack a manufacturer’s serial number, which could be used to trace the purchase history of such a weapon if used in the commission of a crime.

Neither are they typically sold in compliance with background check laws that are intended to keep such weapons out of the hands of people prohibited from owning them, including convicted felons and people convicted of domestic violence crimes.

“Federal law does allow a private person to make a firearm for personal use, as long as they’re not otherwise prohibited from possessing a firearm,” said Jeffrey L. Matthews, Special Agent in Charge of the Newark Field Division of the U.S. Department of Alcohol, Tobacco, Firearms, and Explosives (ATF). 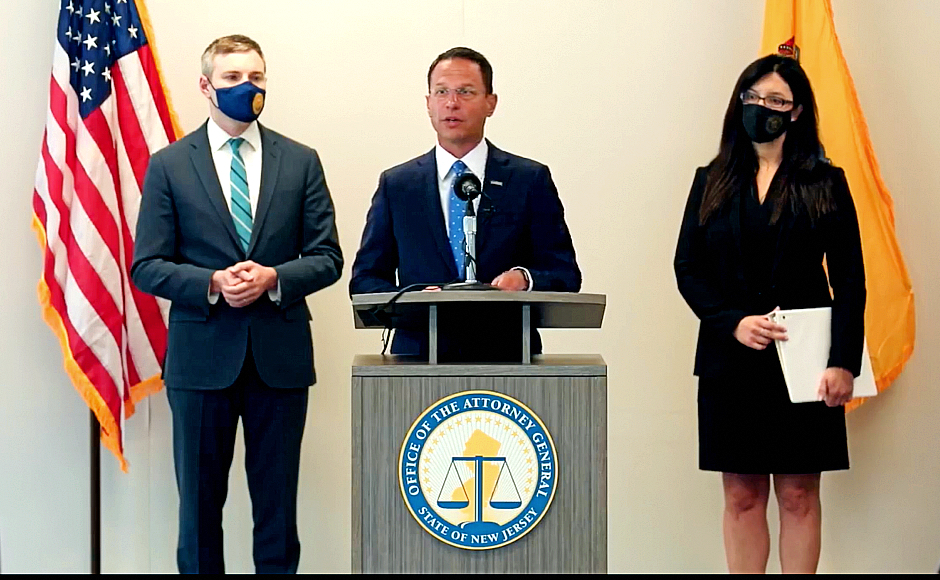 “The problem comes when that person is doing so for livelihood or profit,” Matthews said.

“Under that license, then they have to affix a serial number and unique identifier to that weapon,” he said.

“It’s precisely because these ghost guns are not subject to federal rules that they are so attractive to criminals,” Bruck said.

Dealers who “take advantage of a perceived loophole in federal law” are putting “weapons of war” on the streets, he added.

Pennsylvania Attorney General Josh Shapiro said that the interstate collaborative efforts to halt the flow of “ghost guns” begun with the execution of “Operation Zombie” in 2019, under which guns, drugs, and explosives were seized in a similar crackdown that resulted in five arrests.

“That work only happened because various agencies built relationships and committed to collaboration,” Shapiro said at a press briefing Wednesday.

“I’m back here today with General Bruck because our offices have continued this work for now nearly two years to address the gun pipeline that exists between the Commonwealth of Pennsylvania and the state of New Jersey,” he said.

“This is how law enforcement is supposed to work,” Shapiro said. “By sharing data, and going above and beyond what federal law requires on data sharing, we can shut down gun trafficking in our area.”

“Ghost guns being sold on the streets of Camden were being manufactured in build houses in Philadelphia,” Shapiro said.

“The only way to stop this violence is if we all work together; if we collaborate; if there’s real accountability in the system,” he said. 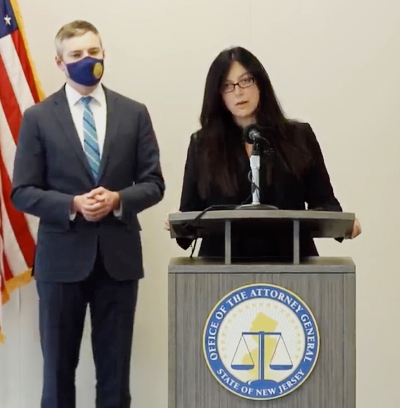 Lyndsay Ruotolo, Director of the New Jersey Division of Criminal Justice, said the multi-agency efforts are working to “halt the illicit flow of illegal firepower into our communities.

“We are sending a strong message to criminals who profit: you are on our radar,” Ruotolo said.

“If you think the fact that you operate in both Pennsylvania and New Jersey makes it somehow harder to trace your criminal activity, you’re wrong,” she said.

“We’re multiplying our forces to bring you to justice, and prosecute you using New Jersey’s tough gun laws,” Ruotolo said.

Lazo, Fernandez, and Rivera-Mercado face second-degree charges of conspiracy, transporting firearms into the state for sale or transfer, and unlawful possession of an assault rifle.

Fernandez also faces additional charges in Pennsylvania, including being a fugitive from justice, and two violations of the Uniform Firearms Act (carrying a firearm without a license and carrying a firearm on public streets).

Lazo waived his detention hearing and will be jailed in New Jersey pending his trial date, Ruotolo said.

Fernandez and Rivera-Mercado, who were arrested in Philadelphia, were released on bail, but will be extradited to New Jersey to face charges here as well.