Trending
You are at:Home»Business»Upcycle, Yogawood Open in The Grant Building January 22 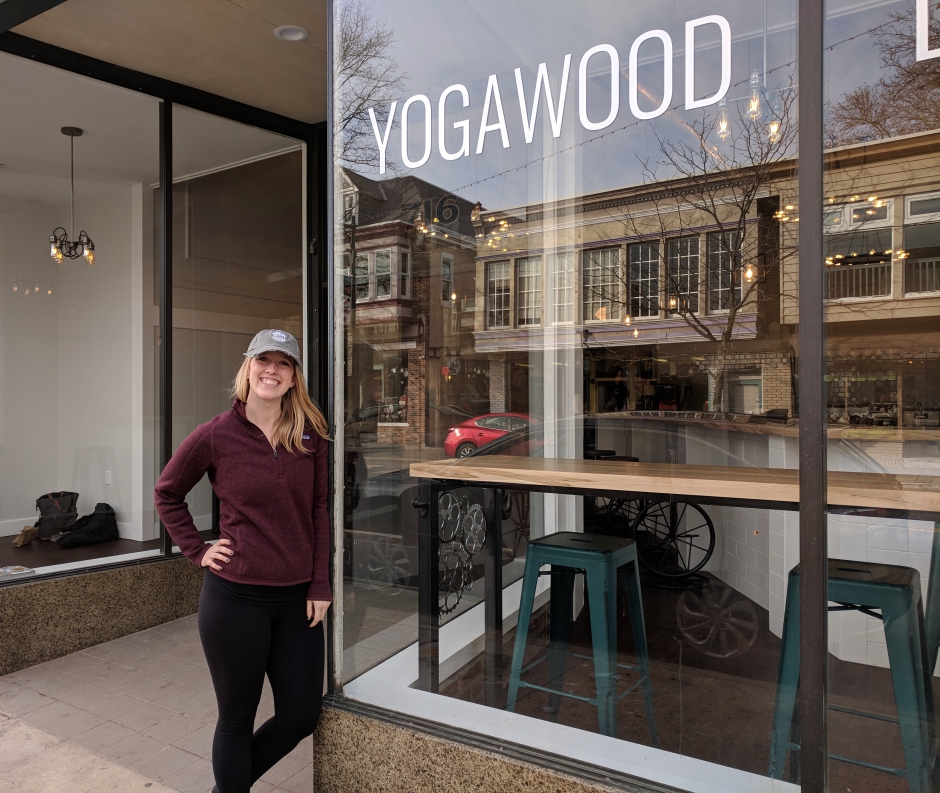 It’s taken more than a year and a whole lot of patience to move a few hundred feet up the block, but for patrons of Upcycle and Yogawood, the wait ends Monday.

That’s when Kim Oberg, who owns both businesses, opens the doors to The Grant Building, her new, downtown wellness center at 716 Haddon Avenue in Collingswood.

Oberg spent that time overhauling The Grant Building (formerly Berry Tile and Carpet) into a purpose-built studio that will house Upcycle, Yogawood, the Krista Clear bodywork practice, and Light Now, a juice bar and café that Oberg co-founded with personal trainer Jake Goodman.

Light Now won’t be online when the building opens, but Oberg expects it will be serving juices and smoothies by a February 3 grand opening.

Even without food service, however, the café will function as a receiving space for those attending classes and those who want to linger in a welcoming atmosphere. Light Now will offer free Wi-Fi service for patrons, and its subway tile-and-wood countertop, built at The Factory in Collingswood, features USB charging stations. 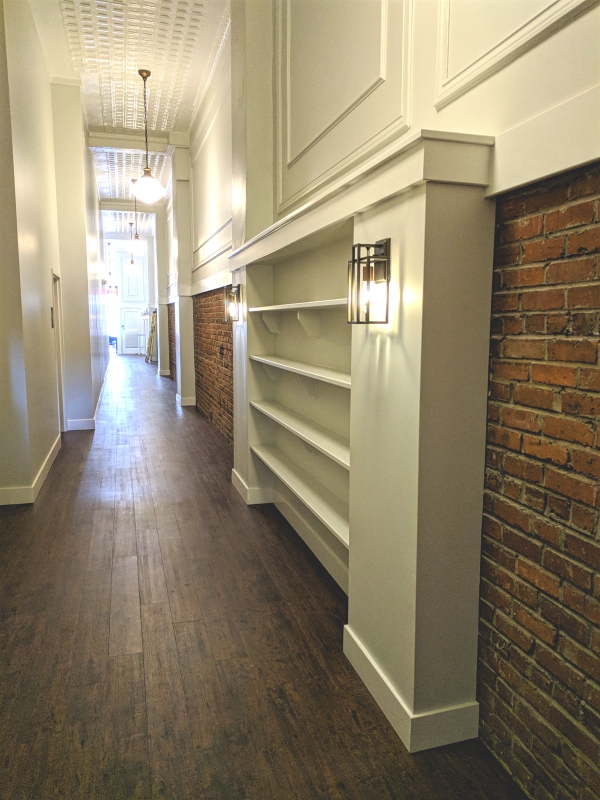 A sense of welcome is one of the chief aims of The Grant Building, which has been transformed from a big-box flooring store into a softly lit, multi-use health and wellness center.

Oberg retained its high ceilings, the original front doors, and a handful of hallway lighting fixtures; the rest, including the roof, is brand new.

The Grant Building is the third from which Upcycle and Yogawood will have operated in the past three years, but the first to have been designed for those uses from the ground up.

Its centralized HVAC allows individual rooms to be temperature controlled.

The louder, higher-energy café and cycling studio are situated in the front of the building; the quieter yoga and bodywork practices are in the back, down a long hallway, and through a noise-limiting barrier door. Between them are dual bathrooms, showers, storage lockers, and water fountains.

“The original reason I was getting a bigger building was because Upcycle was growing out of its first studio very quickly,” she said. “We’re going to be adding more into the schedule as we go.” 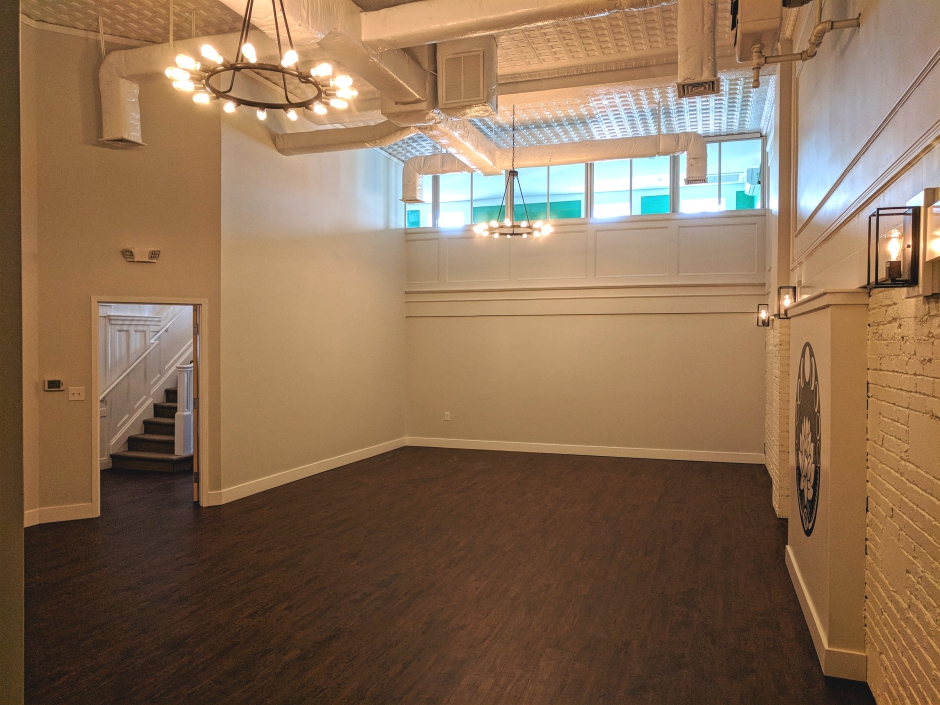 In addition to yoga and cycling, The Grant Building will facilitate combination cycle-and-flow classes, barre classes, and special offerings that require a larger footprint.

“It’s like Cheers, but good for you,” Upcycle instructor Nicole Graziano said.

“You can meet with like-minded people who are not in it for just show,” she said. “They’re in it to become better people; make solid connections.”

“It’s just what I needed when I needed it,” Graziano said. “I think that can give the same thing to other people.”

Goodman said he hopes Light Now can be an entry point into conversations about quick and healthy meals made with “things you know” and “vegetables that you don’t feel like cutting up yourself.” 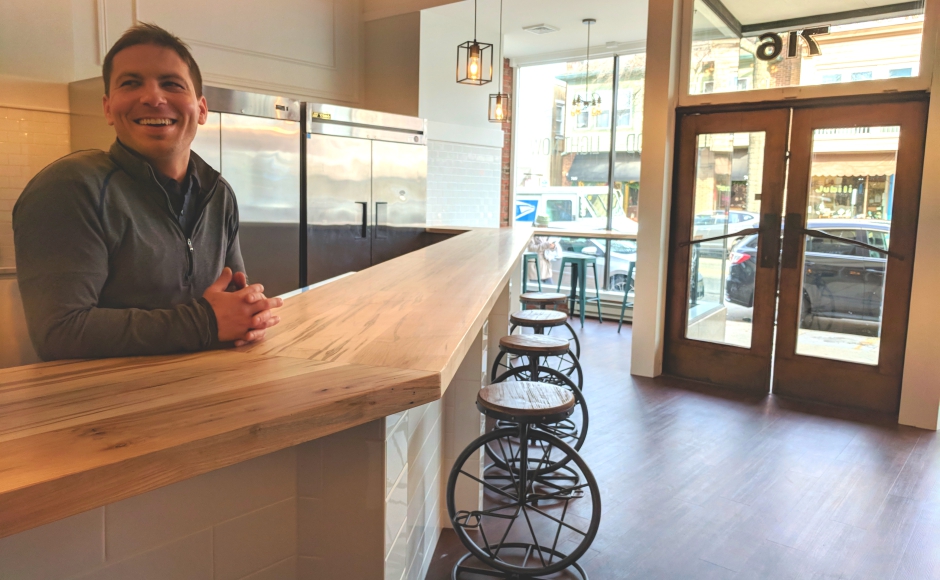 “You would eat healthier if it was available, and that’s what we’re making available,” Goodman said; “something that you know all the ingredients.”

The café will offer coffee from Philadelphia-based Concave Coffee Roasters, cold-pressed juice from Rijuice, and a grab-and-go refrigerator with prepared foods.

Connective tissue therapist Krista Sassani, who offers myofascial release and rehabilitative therapy through her Krista Clear bodywork practice, said locating her offices in The Grant Building helps raise the visibility of her work. 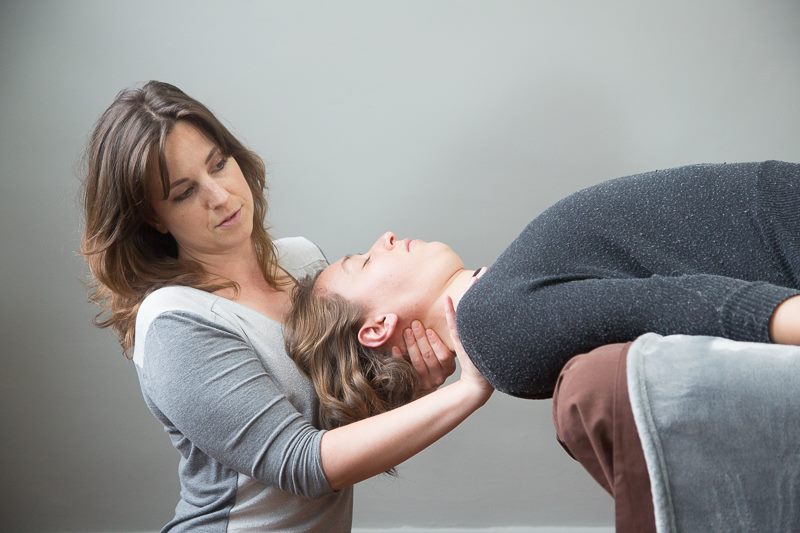 “I love the fact that I’m on the main street because I feel it legitimizes my profession,” Sassani said.

“My practice is about getting the body to function in space and as a whole unit; for people to be able to feel like themselves and not like a list of symptoms,” she said.

“I’m looking forward to being in the space because there’s a focus on the whole body: yoga, spin, barre, and the dietary component,” Sassani said.

She expects that the integrative design of The Grant Building will drive crossover among its various offerings. By fostering confidence in their bodies, Sassani believes clients of each business will be more comfortable branching out into different modalities.

“My biggest wish is that this space is somewhere people can come to work on themselves while also feeling accepted and safe exactly as they are today,” Sassani said. “It gives them a place to be stable where they can be free enough to get curious about other things.

“If they can feel free and comfortable to do yoga, maybe they can extend their awareness out to do spin, or to do bodywork,” she said. “There’s a knowing, a familiarity, when people feel safe. When you know the lay of the land, you’re far more likely to feel able.”

The Grant Building opens to the public Monday, January 22. Normal hours will be 7 a.m. to 7 p.m. Monday through Friday, 8 a.m. to 5 p.m. Saturday, and 8 a.m. to 4 p.m. Sunday; Yogawood and Upcycle class times may run earlier or later. Krista Clear and Light Now will open February 3.