Trending
You are at:Home»Opinion»Werner Herzog Needs to Make Movies 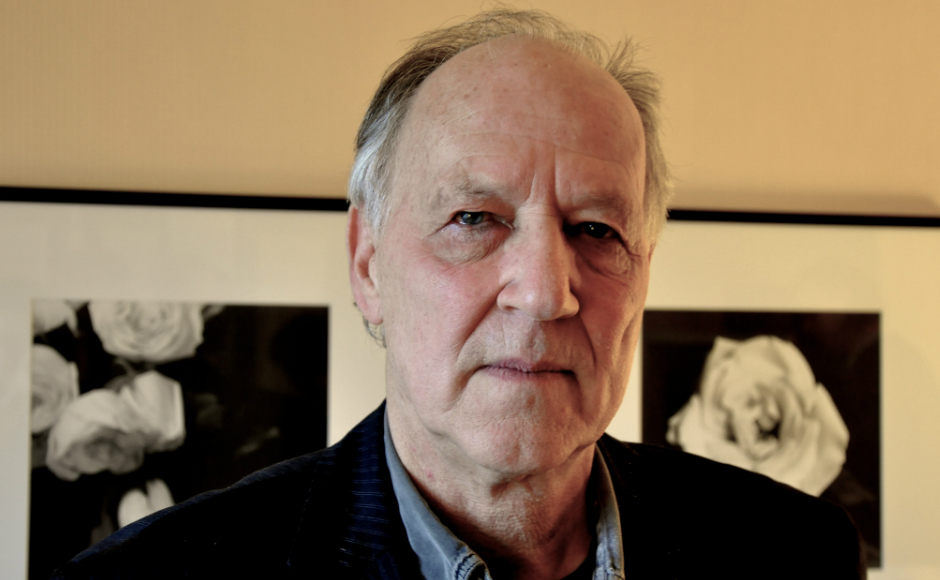 Aguirre: the Wrath of God (1972) amalgamates the history of the Spanish conquistadors with director Werner Herzog’s vision of empire and power.

More, one is better off taking the film as the quintessential expression of Herzog’s obsession with obsessive characters, real and fictional.

The History part of the film is fragmentary. There was a Lope de Aguirre who actually explored the Amazon basin in 1560 and made it to the mouth of the Orinoco River in Venezuela.

In the film, Gonzolo Pizarro leads the expedition into the jungle but sends 40 men on rafts down the river, led by Pedro de Ursua.

However, Pizarro had actually led an expedition into the Amazon in 1541 and had died around 1545. Ursua led the expedition down the river and Aguirre actually led a mutiny against Ursua and killed him during their quest to find El Dorado.

Herzog shows Aguirre’s declaration of independence from King Philip II of Spain. The monk Gaspar de Carvajal narrates part of the film taken from his journal, but the monk in reality was more benevolent to the native people, whereas Herzog’s Brother Gaspar slays two natives for blasphemy.

At the end of the film, there’s a famous scene with Aguirre alone on the raft with only hundreds of spider monkeys to rule. Aguirre met his end on an island off Venezuela after the Spanish rulers had figured out what he was up to.

Well before the expedition, the real Aguirre had acquired a reputation for being a madman. Herzog has Klaus Kinski, portraying Aguirre, embody this madness by his physical demeanor and long silent glares. Physically, Kinski moves partially hunchbacked and off-kilter as he beats the Indian slaves while trying to keep a sedan chair from overturning into the mud. His deep-eyed, shadowy glares start when Pizarro divides the expedition. Then, during the revolt against Ursua, he stares down reluctant mutineers into joining him.

The historical reality of the film centers on Kinski’s portrayal. Especially important is the way Aguirre uses his power. When he wants a raft caught in an eddy blown up, he does not direct the cannon toward it himself but says to his main henchman: “Don’t you think the cannon might be a little bit rusty?”

Later, when there’s talk about abandoning Aguirre, he says to Perucho about a member of the expedition: “That man is a head taller than me. That might change.” Perucho takes a sword and circles behind the conspirator and cuts his head off.

Another historically realistic touch has Aguirre appointing Don Fernando de Guzman as emperor. Guzman has a royal bloodline, and, despite his alleged madness, Aguirre is still worried about the legitimacy of the expedition and its claims of land and empire along the Amazon tributary. Eventually, though, Guzman is found dead (killed by Indians or Perucho, it is unclear) because he had initially spared Ursua’s life and, keeping with the realism, Aguirre is paranoid that Ursua may still have friends who will release him and kill Aguirre.

Herzog’s individualizes the quest for power through Aguirre while simultaneously indicting the Spanish and all other imperiled conquests for being mad and inhuman. As the leaders (Aguirre, Pizarro, Philip II, Louis XIV, Napoleon, etc.) become engulfed in grand schemes for dominating peoples and lands, everyone becomes expendable. The schemes end in a fantasia with the ship of state standing dead still in the water. Exemplifying the quixotic nature of conquest, Aguirre’s expedition is engulfed and beaten down by the jungle, both nature and natives.

Aguirre counters this with threats and boasts:

I am the great traitor. There must be no other. Anyone who even thinks about deserting this mission will be cut up into 198 pieces. Those pieces will be stamped on until what is left can be used only to paint walls. Whoever takes one grain of corn or one drop of water… more than his ration, will be locked up for 155 years. If I, Aguirre, want the birds to drop dead from the trees… then the birds will drop dead from the trees. I am the wrath of God. The earth I pass will see me and tremble. But whoever follows me and the river will win untold riches. But whoever deserts…

Obsession entrances Herzog. He admires the drive and attempt to dominate the world, but he also believes the price of such compulsion can be greater than humans can handle. His films search for the truth and authenticity behind the obsessiveness.

The majority of Herzog’s films are documentaries or historical dramas. Four fictional films – Even Dwarfs Started Small (1970), Stroszek (1978), Nosferatu the Vampyre (1979), and Bad Lieutenant: Port of Call New Orleans (2009) – feature extreme characters and situations, or both.

Stroszek is an alcoholic Berliner who moves to North Dakota with a prostitute and friend. He buys a trailer but is incapable of any social or economic stability. Herzog punctuates the film by casting Bruno S., who had been severely beaten as a young child and spent 23 years in mental institutions and prisons. Difficult to work with, he needed several hours of screaming before doing certain scenes. Herzog had first cast him in the title role of The Enigma of Kasper Hauser. (1974)

Bruno S.’s behavior is not far from the extreme tantrums of Kinski, Herzog’s favorite actor. Herzog once said that he and Kinski were very much alike, both spending hours thinking up ways that they could murder the other. Herzog made a documentary about Kinski called My Best Fiend (1999) that abundantly show the obsessive ways Kinski prepared for and performed roles.

Kinski also portrayed the titular character in Fitzcarraldo (1982), the story of a man obsessed with building an opera in the Amazon jungles in the early 20th century. However, the film is best known for a scene in which Fitzcarraldo tries to haul a large boat across a small mountain with the help of the Indians. In the documentary about the making of the film, The Burden of Dreams (1982), directed by Les Blank, we see that Herzog was doing the very same thing, at great risk to his life and the lives of his crew.

Hauling the boat over the mountain typifies a noble element of Herzog’s filmmaking. He does not use special effects, in part because of small budgets, but more because he demands authenticity from his films. In Aguirre: the Wrath of God, he films the rafts going through the rapids with a camera on another raft going behind and alongside. The authenticity and reality of nature will stymie the expedition. When his characters are caught up in the fantasy of El Dorado, they get swallowed whole.

For Herzog, a film loses truth and value when it depends on artificial dramatics to keep the action going. He remarks in the commentary to Aguirre that he does not use storyboards because they hamper the spontaneity in the filmmaking process. He wants to ride with the elements that resist him. In one example, the Spanish rafts are swept away by rising flood waters. This is what happened in reality; therefore, Herzog incorporates the disaster into the film. The soldiers and Indians build a large new raft, which directly leads to Aguirre’s takeover.

Herzog injects himself into some of his documentaries with erratic results. For instance, in Grizzly Man, he listens to the tape of the bear killing and eating Treadwell and his fellow activist Amie Huguenard. Then he decides he can’t play it to Treadwell’s mother or the audience in an act that is as praiseworthy as it is grandstanding. These two qualities – compassion and showboating — overlap in La Soufriere and The Great Ecstasy of the Woodcarver Steiner. His obsession with his subjects occasionally blinds him to his own position relative to his material.

Fortunately, he narrates most of his films, giving them what I’d call a seal of his profound commitment and concern for the world at large.

Collingswood resident Bob Castle is an author, teacher, film critic, and playwright. In town, he is also the founder of the Collingswood Movie Club (now called the Collingswood Cinema Society), which meets monthly in the public library for film showings and discussion.

Castle’s writing has appeared in Bright Lights Film Journal, Film Comment, and The Film Journal. His plays have been performed during the Philadelphia New Play Festival, the Philadelphia Fringe Festival, and at the the Gone in 60 Seconds and “In a New York Minute” festivals. He had written nine books, which are available at Amazon.com.