Trending
You are at:Home»Opinion»Words of Angehr: The Beatles vs. The Stones

In the final analysis, there’s only one winner in the question of Beatles vs. Stones. 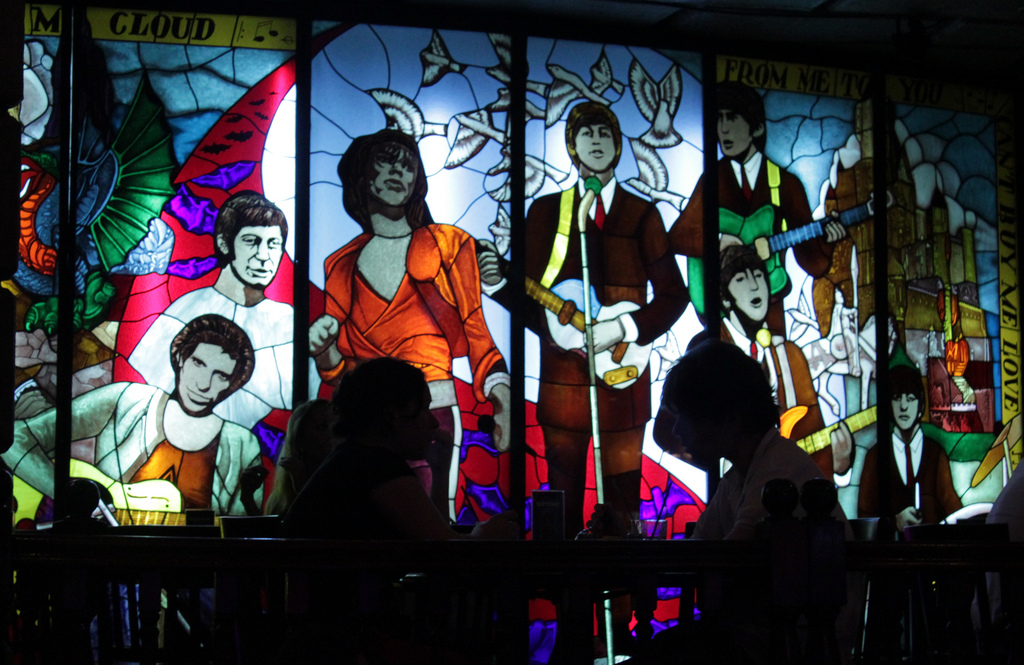 In advance of the inaugural Collingswood Music Beatles/Stones Invitational, NJ Pen contributor Jim Angehr was moved to settle the inherent debate that audiophiles have had for years—The Beatles or the Rolling Stones—the only way he knows how: with food metaphors.

I. Not Choosing is Un-American

Sue me, America: I like both Italian and Mexican food.

Sometimes I’m in the mood for a the bright flavors of tomatillo, cilantro, and jalapeño, while at other times I find myself craving the deep hues of red gravy, pungent cheese, and beef, veal, or pork pressed into roughly spherical forms.

Regularly I’ll want bread to start my meal, but just as often I’ll itch for chips and salsa.

Why must you press me to choose the best cuisine? Well, because the Founding Fathers made us to be better than that, you’ve decided. As George Washington once said, “Winning isn’t everything, it’s the only thing.” And so for decades, The Beatles and Rolling Stones have stood before us as the twin titans of the British Invasion.

But only one band can set upon the Iron Throne.

Bucking musical partisanship, however, is March 28’s Beatles/Stones Invitational at Collingswood Music, a benefit to raise money for free music instruction to deserving children. I’m not connected to the fine folks that are putting on this event, although I’ll be there, and the people producing it are truly fine, but I love how all of the 30 performers have been asked to perform one Beatles and Stones song each. Let the gyre of who’s better? be unbroken.

But yeah, the Beatles won. They’re the better band. 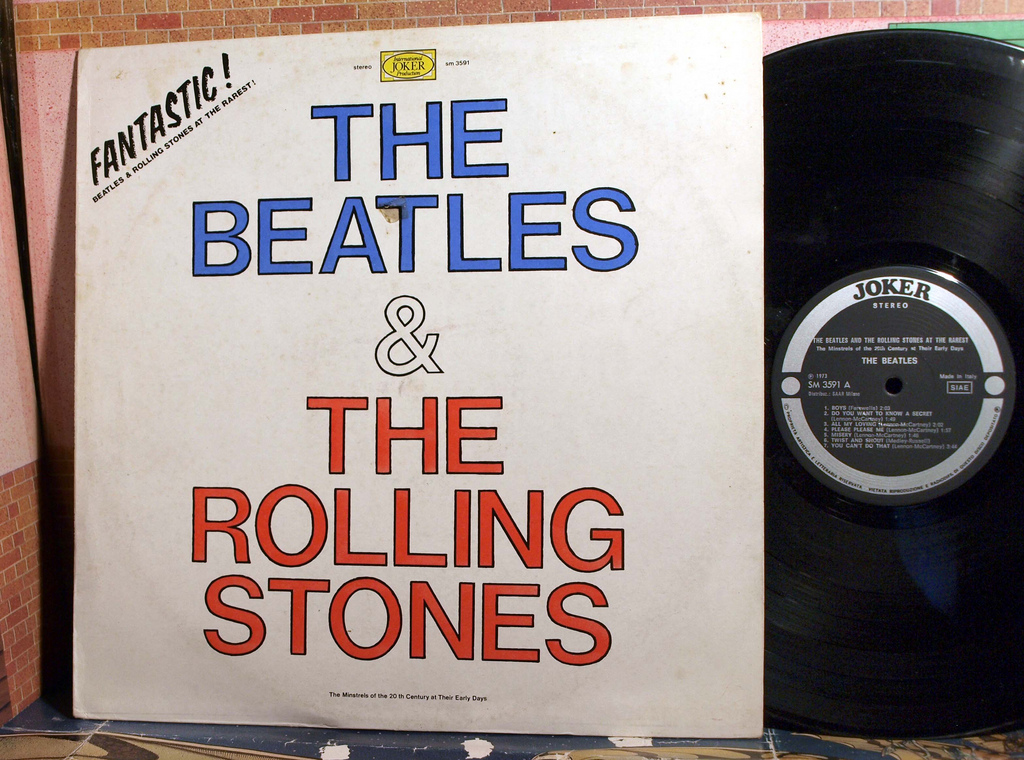 II. Why the Beatles Won

This is the easy part. Sure, they could occasionally be psychedelic, country, and soulful, but the Rollings Stones were one-trick wild horses.

In the Stones’ best music, you can hear a lot of Chuck Berry, Bo Diddley, Muddy Waters, and Howlin’ Wolf–but you can’t always hear a lot else.

Mick, Keef, and company rocked harder than their foppish foes, but a one-speed car can’t get you everywhere you need to go on time.

Similarly, if you dig into the Stones’ ‘60s LP’s, you find those blues-based chargers shining in a murky soup of what’s dogged the long-player since Colonel Tom needed extra material to pad its second side: filler.

When asked to go beyond heavyweight Beatles albums like Sgt. Pepper’s or Revolver, even your average music fan can summon up the tracklisting to lesser works like Beatles for Sale or Help! Ask the same thing of a Stones listener beyond perhaps Exile on Main Street or Let It Bleed (Aftermath, anyone?) and you’ll be greeted a Keith Richards-like stupor. 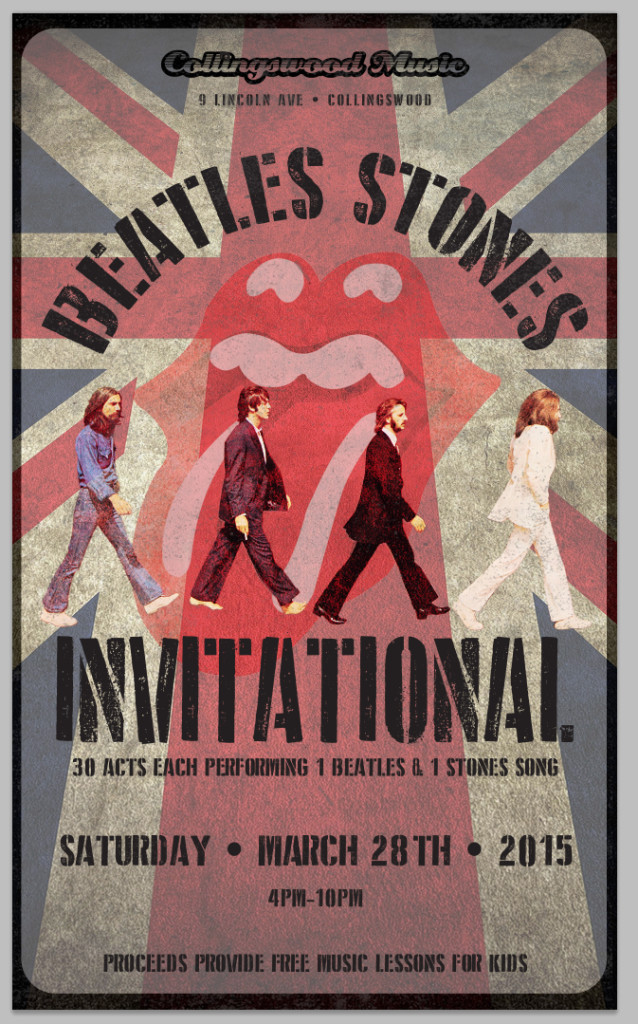 But hey, there’s no shame in being one of the best singles bands of all time, and that’s basically what the Rolling Stones are.

(Is it a crime if Hot Rocks, an early compilation of Rolling Stones hits, is one of my desert island discs?)

And realistically, even at the time, the Beatles and Stones were in different conversations.

During 1966-67, for example, the Beatles were lapping up Beach Boys and Dylan records as they plotted musical ripostes that would preserve their reigning place of supremacy in the pop pantheon.

Yet they never bothered to ask, “What have the Stones been up to?”

The Beatles were charting different constellations.

So the breadth and multiformity of their songs plus the depth and consistency of their albums matched the vertiginous sweep of the roaring 1960’s itself.

People liked it, but in contrast, the Stones were just a rock-and-roll band.

III. What Was Lost

Let’s face it: if all the musical world were Collingswood, the Beatles would be its Italian restaurants.

(I mean, there’s not an Italian place in town that I don’t enjoy, but do we perpetually need another one?)

To put it another way, the Beatles suffer in hindsight because their victory over not only the Rolling Stones but also everyone else was too complete.

For one thing, American rock and roll didn’t quit when Elvis entered the army (nor did Elvis, contra Lennon’s famous aphorism). Regional scenes in the 1960‘s like Detroit (Mitch Ryder), Seattle (the Wailers), the deep South (Allmans), Texas (Sir Douglas Quintet), and the Northeast (lots) were all pumping out innovative rock that was unfortunately swallowed up by the British Invasion. (To say nothing of both Northern and Southern soul music! Sock it to me.)

The Beatles may have played Shea Stadium, but the Remains opened for them; the latter didn’t remain, although they deserved to.

Not only that, but over time hasn’t “British Invasion” come to mean “Beatles Invasion”? We recognize the Beatles as Invasion Army Number One, and possibly the Stones were its lieutenant (maybe the Who were an army base mascot)…and that’s about it.

Why would a radio DJ play something from the Yardbirds, the Small Faces, the Kinks, Gerry and the Pacemakers, the Dave Clarke Five, the Animals, Herman’s Hermits, or Wayne Fontana when “Hey Jude” hadn’t yet finished fading out?

(Yes, we’ll always have “Yellow Submarine,” but wouldn’t an Ethiopian restaurant on Haddon Ave. be killer?) 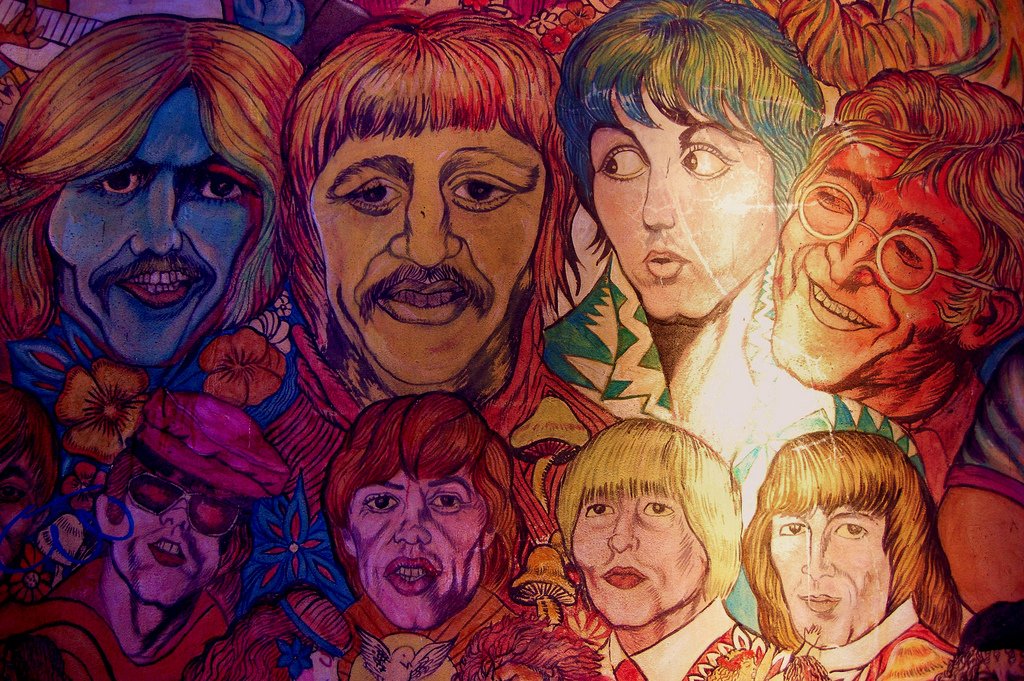 IV. Why the Beatles Really Won

The Beatles won because of what happens when we look in the mirror.

Theirs was the perfect story: is it American or simply human that we inexorably attach to an artist, businessperson, or politician that possesses potential immeasurable on any rational scale and then fulfills it?

Truly, the only musical apples to The Beatles’ Apple are Elvis Presley and, just maybe, Michael Jackson.

Even if dimly, they alone beheld pop music at its core, perceived its throbbing connection to our cultural central nervous system, and mastered its firmaments–only to set the whole damn thing on fire.

Only the perfect heroes fall perfectly. Elvis pulled the hat-trick swan song of a triple death (the army, the soundtrack, and the toilet). We understand, however, that his declivity was the sole coda that properly book-ended and even confirmed his previous rise. For The Beatles, it was metaphysically necessary that they expire along with the 1960’s.

And there’s the reason why the Stones will always come out the worse in comparison with the Beatles: because the Stones didn’t die. Today when we watch a 71-year-old Mick Jagger louche around the stage, we’re reminded that we’ve now grown old. But when we listen to the Beatles, we remember that we once were young.