Instead of furloughing workers during a pandemic that halved its core media business, the Pennsauken manufacturer will start producing face shields for healthcare workers and first responders this week. 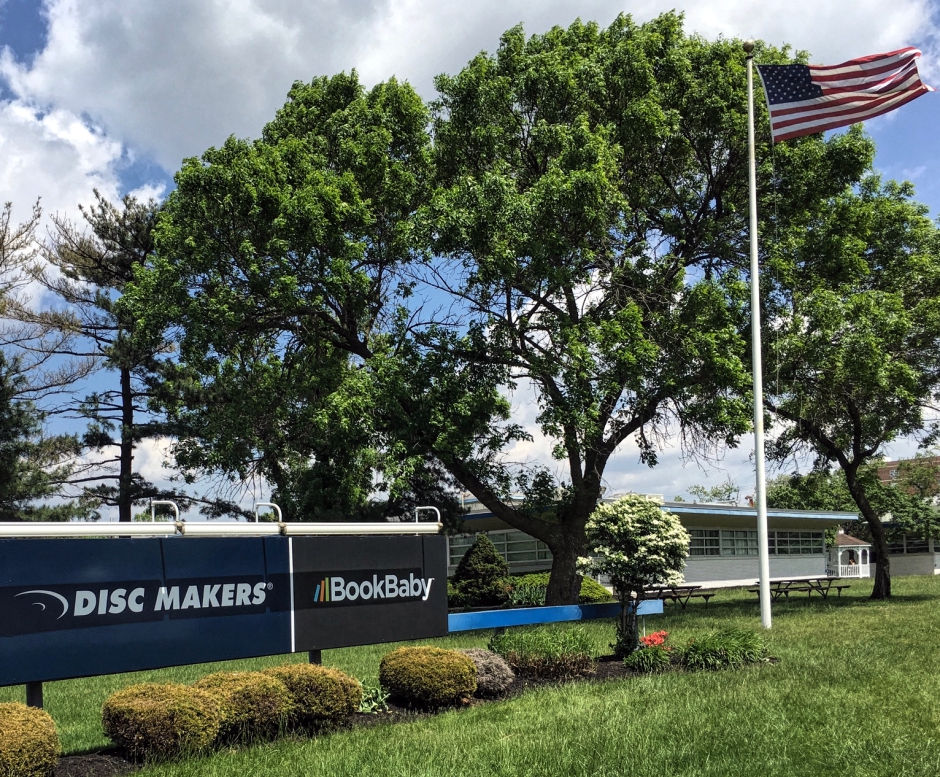 As healthcare workers the world over scramble to procure personal protective equipment (PPE) amid the novel coronavirus (COVID-19) pandemic, communities are springing into action with makeshift solutions.

People have begun sewing facemasks by hand from their homes, or constructing ersatz protection from available materials, sometimes to donate, other times to wear themselves.

And in Pennsauken, DIY Media Group, which owns CD and DVD manufacturer Disc Makers, self-publishing company BookBaby, and t-shirt maker Merchly, has plans to shift its operations in support of the cause.

It was an opportunity born in crisis. With a broad ban on public gatherings, the touring musicians upon whose business Disc Makers typically relies weren’t placing orders. Production had fallen to about half of normal levels.

“We were doing all sorts of contingency planning,” said CEO Tony van Veen said. “We are a manufacturer; we can make stuff, let me figure out what.”

At the same time, PPE shortages in the healthcare field—driven partly by consumer panic buying and a spike in Chinese consumption, where the equipment is made—were dominating headlines.

“My wife turned to me and said, ‘Can’t you make these?'” van Veen said. “We can’t really sew, but how about these face shields?”

The idea was hatched Thursday morning, and by Friday, the company had worked out a prototype model based on the polycarbonate materials Disc Makers uses in its media products.

Unlike the N95 respirators that allow medical professionals to breathe safely in contaminated environments, the plastic shields aren’t sterile, and they won’t protect healthcare workers fully on their own. 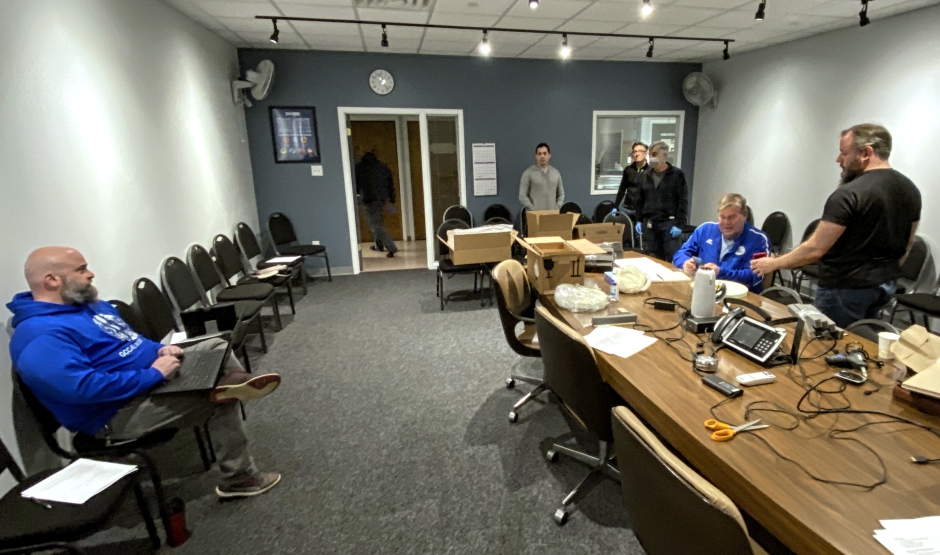 However, in situations where workers are using homemade facemasks, or none at all, the U.S. Centers for Disease Control (CDC) recommends face shields as a viable PPE option.

Van Veen believes that they’re best used as an extra layer of insurance over top of other protective gear, and could prevent already limited supplies of masks and goggles from being depleted as quickly.

“It’s basically an additional level of protection from spray and fluid particles,” he said.

“It can help people to not have to reuse their PPE.”

The shields are designed to be reusable and can withstand cleaning with bleach, ammonia, or peroxide without streaking or discoloring, van Veen said; some components, like its Velcro straps and foam headband, are not necessarily capable of being sterilized.

However, in a crisis, he still thinks the shields can do some good.

“We certainly envision it being usable for multiple uses,” van Veen said. “In part, that’s because of the scarcity of these items. Our interest is getting protective gear to the public as quickly as possible.”

On Sunday, van Veen and his product team were finalizing designs, and on Monday, they’ll begin setting up workstations to assemble the face shields by hand, in as clean an environment as he can create.

Workers will wear basic protective clothing, including nitrile gloves, smocks, bandannas, hairnets, and face shields themselves. They’ll be scanned for fevers daily, and sent home at any sign of illness, van Veen said. Workstations will be spaced at least six feet apart from one another, and the entire facility will undergo additional cleaning and disinfection protocols. 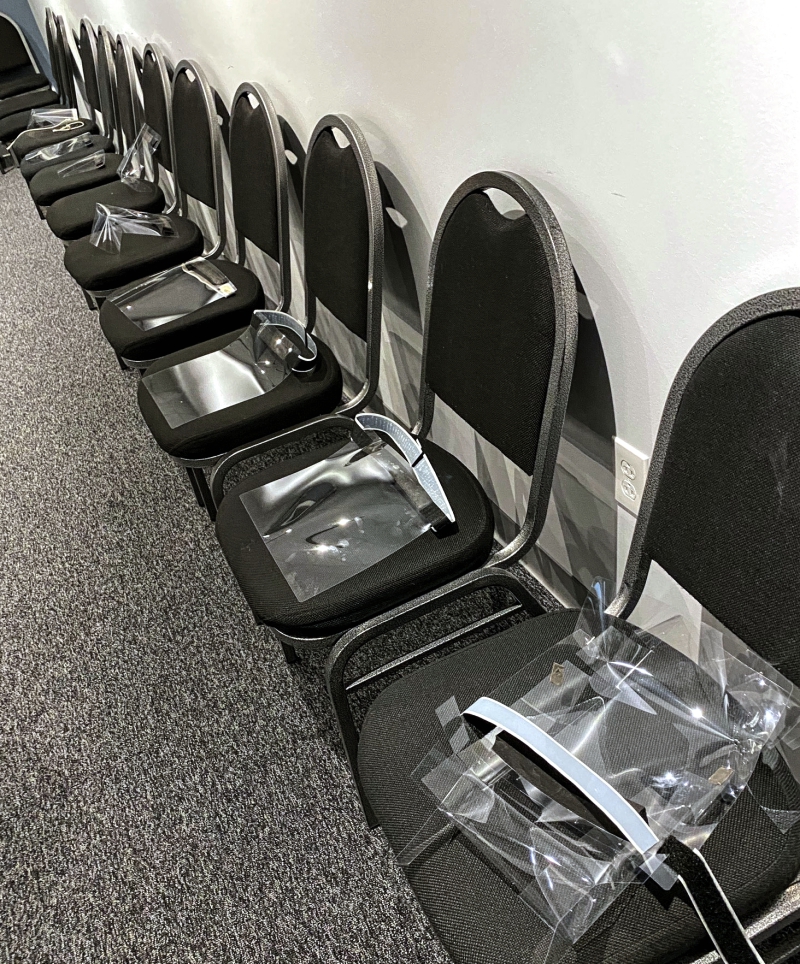 “This is a simple product,” he said.

“We’re looking to build a volume operation quickly with our staff and our facilities here in Pennsauken.

“There’s going to be a need for this nationwide, and we’re prepared to work with other companies and help them get up to speed.

“We want to do what we can to get these masks in broad use.”

Disc Makers’ manufacturing, engineering, and operations staff will continue to fine-tune the design in the next day or so with input from Pennsauken firefighters and paramedics, van Veen said.

He believes first responders will comprise a segment of demand for the product, along with sanitation workers and hospital environmental services personnel.

“We have had significant interest from multiple hospitals, regional and local, and healthcare organizations, whom we’re looking to supply,” van Veen said. “We’ve also had interest on a federal level. We’re going to try to ramp up as quickly as possible.”

Van Veen anticipates selling the face shields for less than $3 apiece in minimum quantities of 250. As the product evolves, he wants to lower its cost as much as possible, and expand applications for use by non-medical customers.

“I want to make sure that we sell them at a fair price so it covers my labor and my materials, and a little bit towards overhead and rent,” he said. “My goal is to help keep people safe, and help keep people in my facility employed.”

Disc Makers will continue to produce its core line of products, but if there’s enough demand for the face shields, van Veen said he could hire additional temporary workers to meet it.

“There are lots of people out of work at this time, and if there’s an opportunity to put more people to work, I’m sure there won’t be a shortage of people who are willing to help during this crisis,” he said.

Best of all, DIY Media is strategically positioned to take advantage of the broad labor base in the surrounding Philadelphia region, van Veen said.

“We have a broad range of jobs, from manual assembly, to IT and software development, to graphics and market design,” he said.

“We have the ability to pull a really huge range of talent from the area, from Philly, from Camden, from all the surrounding towns and suburbs in New Jersey, so it’s really been a good place to operate.”