Trending
You are at:Home»Business»Armageddon Brewing, South Jersey’s First Cidery and Meadery, to Open in Somerdale Jan. 31

After years spent perfecting his products and changing the laws that would’ve kept him from opening, Christian Annese of Somerdale is ready to raise a different kind of glass in South Jersey. 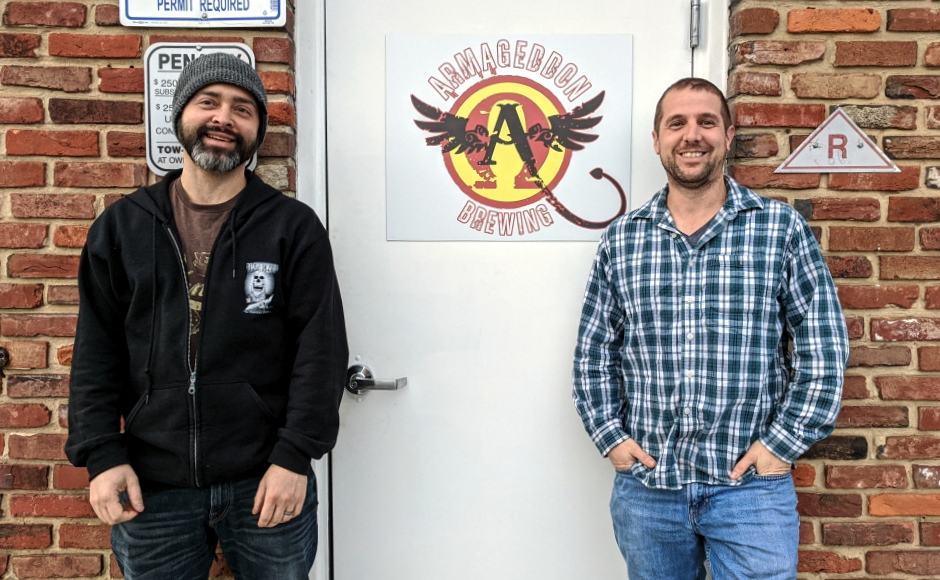 Back in 2011, Christian Annese of Somerdale was given some bad news.

“I was told that I had a gluten intolerance,” Annese said.

“And I like beer, so that was a problem.”

A coworker suggested that he try something different instead, and they slipped off to Stephen Starr’s The Dandelion for some European-style ciders.

Out came “this beautiful bottle,” that Annese mistook for champagne at first.

“It was cider the way the French do, which is treated like champagne, and it had more complexity,” he said. At $14 bottle, his friend, a homebrewer, suggested that Annese consider making some for himself.

For the next year, Annese’s small apartment became a makeshift cidery, as he continuously refined batch after batch, fermenting the drink in his kitchen and cold-crashing it in his refrigerator. After he’d gotten the process to a point where he felt comfortable with the product, Annese wanted to start sharing it.

The early reviews from family were encouraging enough, but one of the first people to suggest that he might be able to manufacture the beverages professionally was his friend, Somerdale Mayor Gary Passanante.

“I kept making it and sharing it with everyone, and he said. ‘You’re getting really, really good at this.’” Annese said. “He’s the one who put the bug in my ear.” 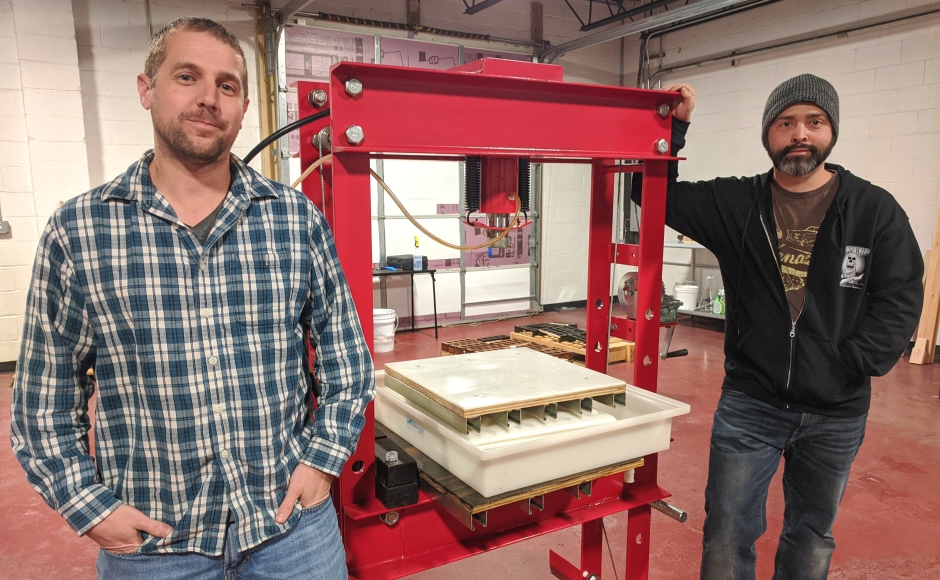 At Passanante’s invitation, Annese brought his products to Somerdale Day for a public tasting.

Within two hours, he had completely emptied both kegs he’d brought, and that’s when Annese believed it might be possible to make a go of it.

It took years more to get the product to market, largely because there was no legal pathway for him to do it.

Cider is fermented like wine, not brewed like beer; under state law, the only way for Annese to produce it would have been to open a winery. That would mean he’d need to acquire at least three acres of land and grow no less than 51 percent of his ingredients in a state that’s not known for its apple orchards.

Passanante was frank in his assessment of that obstacle.

“I thought that’s really stupid and would not work,” he said.

“We’d need to create a new law,” the mayor said. “I told him, ‘if you hang in there with me, I’m confident it will pull through.’”

The process took two years of researching and another three of politicking in the statehouse, Annese remembers. He started by compiling comparable cidery legislation from other states, while Passanante lobbied the offices of Assemblywoman Pam Lampitt and State Senate President Steve Sweeney. The only thing he asked Annese was to open his business in Somerdale when it was all done. 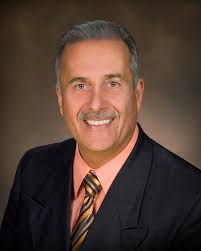 Versions of the bill expired at the end of 2015, were introduced as separate measures for cider and mead in 2016, and then reintegrated into a single bill that was finally enacted in 2017.

Annese and his partners, Matt Olsen of Estell Manor and Kyle Laird of Somerdale, signed their lease for the brewery space at 900 Chestnut Avenue just a few months later.

“It was a long, hard road,” Passanante said.

“We had a number of objectors from different organizations who needed to understand what our plans were.

“We’re not looking to undercut anybody’s business; we’re trying to expand opportunities for business in New Jersey,” he said.

“Thank God he’s finally here, and I can’t be more excited for him and for the community that it’s happening,” Passanante said.

The current rules allow Annese to produce, bottle, and self-distribute mead and cider directly to consumers, operating like a microbrewery with a public-facing tasting room. Together with Olsen and Laird, he gutted the former storage facility and one-time machine shop, tearing down its drop ceilings, replacing the HVAC, and putting their stamp on the low-slung building.

“We didn’t just want this to look like a couple frat boys got together and threw the place together,” Annese said. “We want people to come in and be comfortable; we want this to be a cozy place.”

The 50-seat tasting room has a modern-industrial feel, with shiplap walls, soft lighting, and handmade tables. One flat-panel television displays the tap list, while another shows old horror and martial arts films. The name Armageddon comes from its founders’ loves of old-school punk music, and the fact that it was conceived in 2012, when Mayan calendars predicted the end of the world. 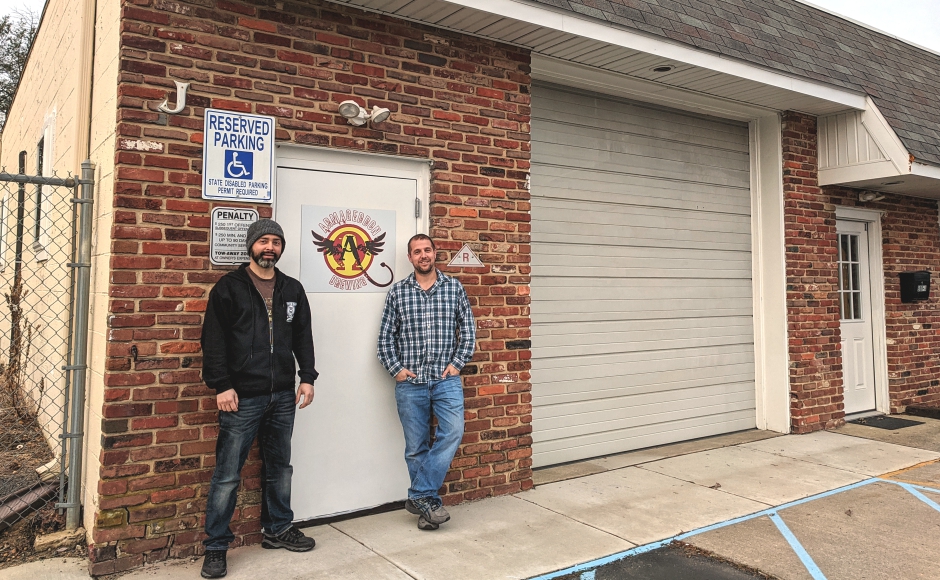 In the room behind the bar sit four, 60-gallon fermenters, about eight barrels of product.

Filling them takes a month from the start of the fermentation process to filtering and kegging, which bespeaks the small-batch nature of the business.

Armageddon won’t have mead available when it opens January 31, because it takes even longer—about three months—to mature.

To start, the tap list will include five distinct ciders, served in 10-ounce pours, four-ounce tasters, and flights.

He hopes that guests will appreciate the variety of flavors on tap, and will be able to distinguish them from the other types of microbrewery products with which they might already be familiar.

“There’s nothing like sharing a cider with someone and re-defining their expectations of what a cider or a mead is,” Annese said. “That’s what I think we’re all looking forward to.

“Anyone who brews, or makes alcohol, or cooks; when you share it with someone, and you instantly know it’s a hit because of the reaction on their face—that’s what we live for,” he said.

“Something great is meant to be shared,” Olsen said. “There’s so much more out there, and I hope people will expand their palates. 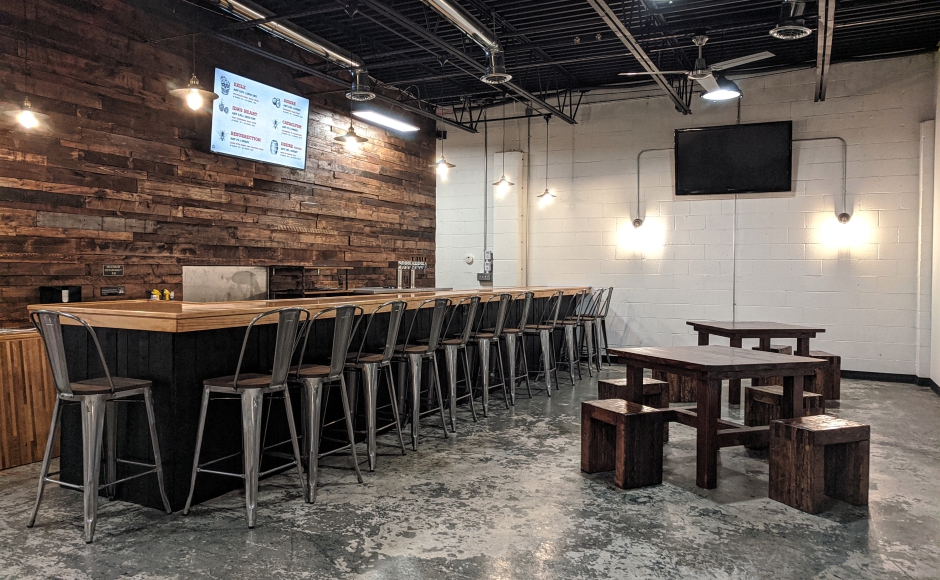 “I have high hopes,” he said. “It’s been a really long, long road to get to this point.”

Passanante is similarly optimistic, not only for the success of Armageddon Brewing, but also for its potential impact as another local destination in the borough.

He’s already excited about integrating the cidery and meadery products with those of Tori’s at the Reserve, a redevelopment project that’s slated to add a Mediterranean restaurant in the former Our Lady of Grace Catholic Church in Somerdale.

“[The chef is]  incorporating Christian’s products into the food preparation he’s doing,” Passanante said. “He’s doing plates that will include his cider and his mead, and you’ll only be able to get it in Somerdale. I think once that happens, [Annese will]  be able to grow it more than on his own.

“Once the world has a chance to taste really good products of this nature, I think he’s going to do extremely well,” Passanante said. “I’m excited for him, and I’m excited for the community, because it puts us on the map again for a first.”

Armageddon Brewing is located at 900 Chestnut Avenue, Building J, in Somerdale. Hours are 6 to 9 p.m. Thursday and Friday and 2 to 8 p.m. Saturday. The business will have its grand opening at 6 p.m. January 31.