An overnight call sent first responders from five communities to a dwelling fire in the 200 block of Ardmore Avenue last Thursday. No injuries were reported. 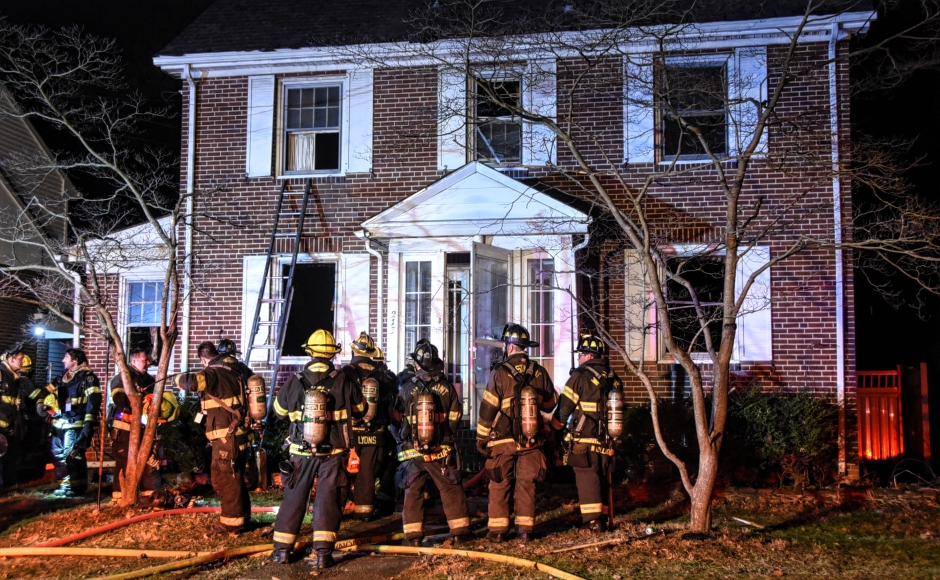 No one was harmed in a Haddonfield house fire that drew a response from five area departments last Thursday night.

Firefighters from Haddon Fire Company were sent to the 200 block of Ardmore Avenue, along with supporting crews from Cherry Hill and Haddon Heights.

When they arrived, they discovered smoke showing from the front of the house in the first floor and attic, Frontino said.

At that point, the incident was upgraded to an all-hands call, which drew additional resources from Cherry Hill, Westmont, and Pennsauken. Officials wanted to be sure they could address the potential spread of the fire among the other homes on the block in the windy conditions.

“We had complete control of the fire,” Frontino said. “When we arrive on a dwelling with fire blowing out a window and an adjacent structure could become possibly involved, that’s when it becomes an exposure protection [concern].”

The fire was contained within 30 minutes of firefighters responding, the chief said.

The cause of the incident is as yet unknown, and remains under investigation by the Camden County Fire Marshal. Frontino thanked the mutual aid responders for their support.