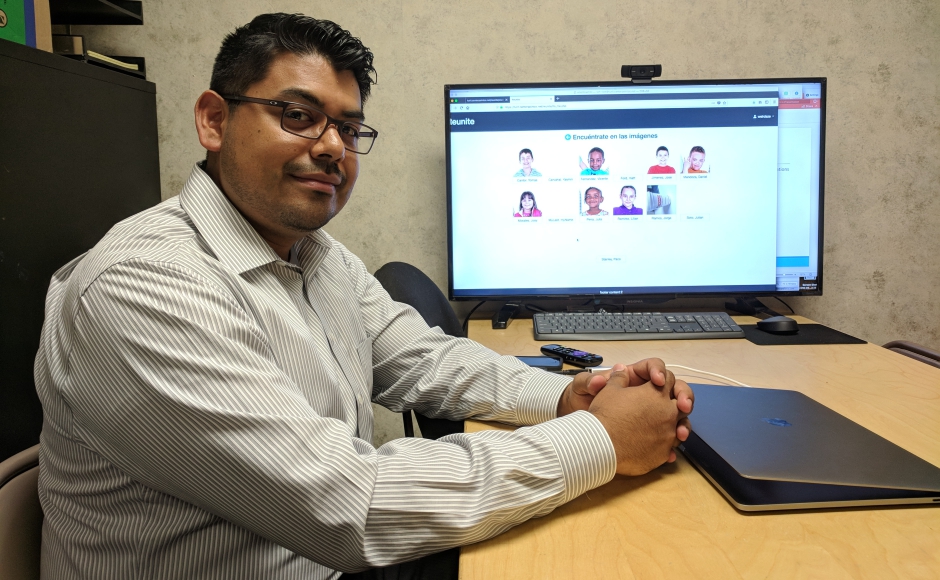 Since May, thousands of children have been separated from their parents at the U.S. southern border under a federal “zero tolerance” policy for asylum-seekers.

An ACLU lawsuit challenging that policy has won a court order to reunite detained parents with children younger than 5 by July 10, and with all children by July 26.

The former deadline has already passed.

Software developer Elliott Castillo of Audubon believes he has a solution to help with the latter.

His startup, Centerpoint Communications, has developed the ReUnite app, a web-based product that could help kids at more than 100 federal facilities across the country to identify their parents by picture.

Organizations like the Texas-based Refugee and Immigrant Center for Education and Legal Services (RAICES) and the New York-headquartered Vera Institute of Justice have launched their own approaches to the problem. RAICES launched its National Families Together Hotline last month, and Vera’s Immigrant Connection (ICON) project is working on a web-based form. 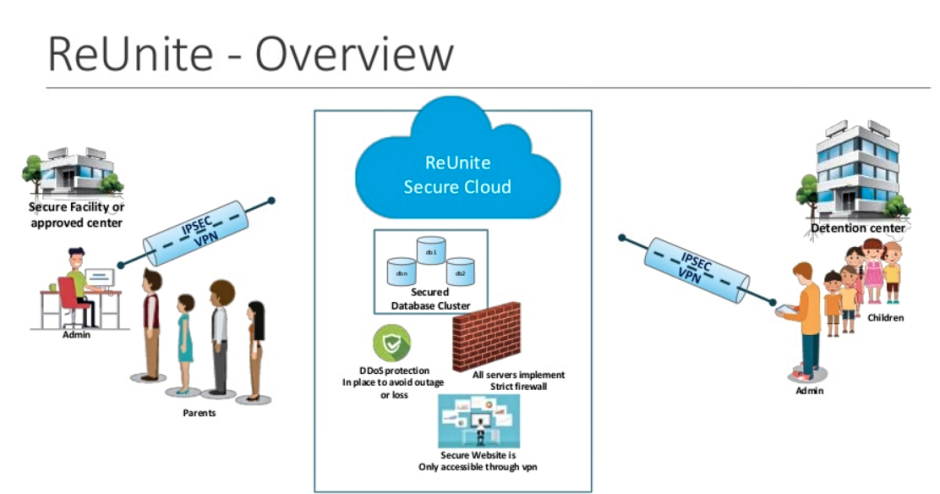 A screenshot from the ReUnite app explains how the database could connect families separated by immigration officials. Credit: Centerpoint Communications.

But under a big enough volume of calls, hotlines can jam.

People in detention centers may not have money or access to a phone. Once connected, there may be language barriers.

Castillo’s approach can circumvent some of those shortfalls.

“Help kids search for their parents by picture.”

ReUnite would allow parents to upload their relevant details to a secure database—name, age, point of entry, country of origin, relatives’ names—along with a photograph of themselves and a 30-second video message for their children.

On the other end of the system, children would be guided through the process to enter their information, and could then search for their parents. If a match is determined, the child can view the video from the parent, and a ticket is sent to an administrator to begin the reunification process.

“Register the people, have the kids browse, and then work the tickets,” Castillo said. “This gives the facilities a uniform process to go through. Everybody’s working off the same system.”

A screenshot from the ReUnite app explains how the database could connect families separated by immigration officials. Credit: Centerpoint Communications.

Castillo said ReUnite could be a substitute for typical database integration strategies that can take weeks to execute.

However, the app could also provide that function if centers ask for it.

The process would be run through VPN-secured mobile devices and cloud-hosted databases.

His software also would prevent parents from searching for children in order to thwart potential traffickers or predators.

“Eliminating integration and infrastructure, the only [variable]  is people,” Castillo said. “I’ve gotten it down to two [data]  points: the point of entry into the facility, and the point of contact with the child. Those are the last two hurdles to overcome.”

Castillo, who is father to two elementary-school-aged daughters, said he was motivated to do something by ProPublica reports of conditions asylum-seekers face within ICE detention centers.

“The ‘symphony of crying children,’ saying ‘Papi’… that’s what my kids call me,” he said. “It hurts me so bad.”

Web developer Jake Zeitz, who shares a church congregation with Castillo, also shared his sense of urgency for a solution. Zeitz spent his Fourth of July working on the front end of the project.

“Elliott called me and explained the situation, which I honestly didn’t know very much about, and I felt moved,” he said. “I thought it could really help with this; I figured I might as well try.”

ReUnite will be completed this week. Now all that’s left for Castillo is to put the software in the hands of people who can use it to help the government comply with its court order.

“You have a monumental task ahead of you,” he said. “This is a tool that will help you do that.”