Trending
You are at:Home»Business»Audubon Woman to Offer Permanent Cosmetics for Breast Cancer Survivors

Before Carole Rossi can open her new business, she’ll have to get clearance from local zoning boards in communities where tattooing is outlawed by local ordinance. 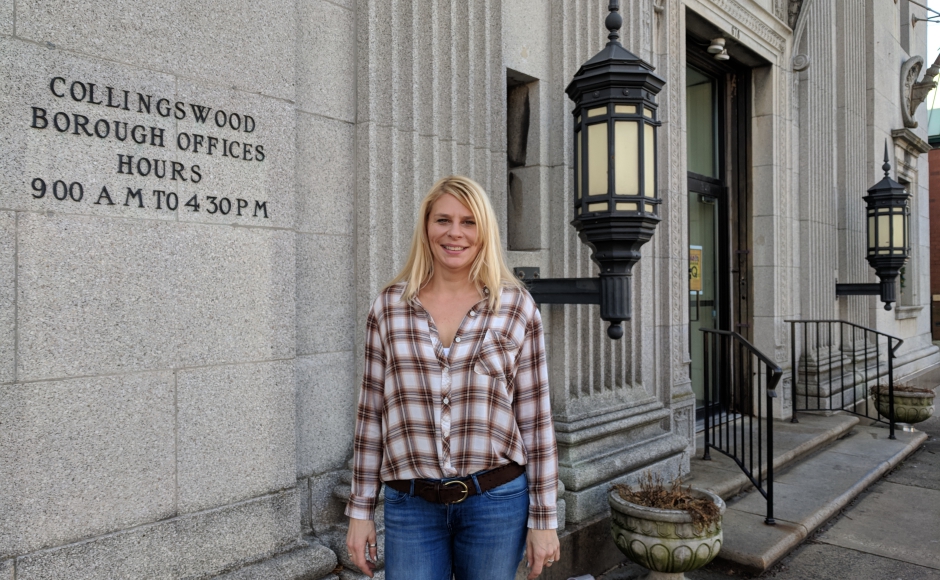 Carole Rossi is seeking a variance from Collingswood zoning law to establish a permanent cosmetic service in the borough. Credit: Matt Skoufalos.

Since she turned 39, Carole Rossi has diligently undergone annual mammograms.

Even without a history of breast cancer in her family, doctors “were always keeping an eye on something,” Rossi said.

Yearly scans turned into semi-annual scans, until finally, in 2015, she was diagnosed with breast cancer.

Mammogram proponents argue that early detection saves lives, and in Rossi’s case, the disease was caught before it could metastasize.

That spared her the pain of radiation therapy, but due to the level of calcification in her breast, Rossi opted for a double mastectomy. Many such patients can be treated with a nipple-sparing surgery, but she wasn’t one of them.

“That was devastating to me,” Rossi said. “I did not feel like a woman without [my nipples], to the point where I would wear [bra]  inserts.

“Nobody could tell, but it meant something to me,” she said. “Looking in the mirror and seeing scars there, it was pretty traumatizing.” 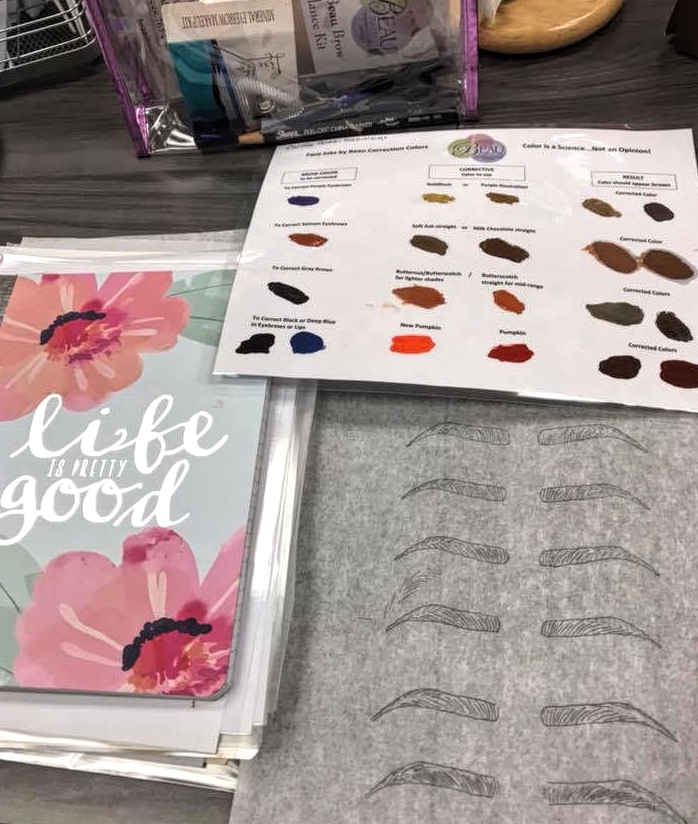 Likewise, reconstructing her areola and nipple with skin grafts was similarly unappealing after the eight months she’d spent preparing for breast implants subsequent to her double mastectomy.

Rossi found hope, however, in areola tattooing, a three-dimensional cosmetic procedure for which she was eligible as soon as her scars had healed.

She remembers that day as “the happiest day of my life.

“I thought, ‘This lady has the coolest job ever! I wish I could do that,” Rossi said.

“At the time, I wasn’t very familiar with permanent cosmetics; a year later, I started looking into it.”

Soon after, she enrolled in the Mt. Laurel-based Beau Institute of Permanent and Corrective Cosmetics.

There, Rossi completed a five-month course of study with certificates in microblading, a permanent makeup procedure for eyebrows; and 3D areola tattooing and scar camouflage.

Both techniques are complementary for cancer patients who may lose their nipples to breast cancer and their eyebrows during chemotherapy.

Now that Rossi is looking to put her training into practice, she faces a final hurdle: a January zoning board hearing in Collingswood.

It won’t be the first time the governing body has been asked to take up the issue of a tattooing business, which is prohibited by ordinance in its business district. In 2015, tattoo artist Jeff Miller won a majority approval of his appeal to set up shop in the historic Collingswood theater, but fell short of the two-vote swing needed to overturn local zoning law.

Rossi feels like hers is a different case. She’s looking to host appointment-only sessions in the Healing Space Acupuncture and Wellness center on the White Horse Pike, where she already works in an administrative capacity.

Rossi has already cleared the zoning board in Haddon Heights, which would allow her to practice in that town as well. But Collingswood remains her first preference, both for its accessibility to mass transit and low-income patients, and for the suitability of Healing Space to this purpose.

More than anything, Rossi remembers the feeling she had when her own tattoos were completed, and wants to give that same sense of closure to other women who’ve survived a cancer battle as she has.

“It was all mental, for sure, but I could not wait for that moment to happen,” she said. “I felt like I’d completed the journey, and I thought, ‘I could make other people feel like this.’

“When you go through something really hard, you come through the other end, and you think, ‘I really did this,’” Rossi said. “I’ll never forget that.”