Trending
You are at:Home»Business»Blue Monkey Tavern Reopens Under New Ownership

Two local couples with years of restaurant expertise say they’re excited to bring their own touches to a local favorite. 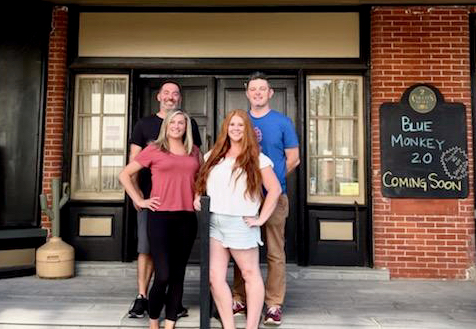 In late July, Blue Monkey Tavern owners Halil and Nadim Gungor announced that they were leaving behind the Merchantville restaurant they’d operated in town since 2004.

For a few hours, their social media channels fielded a flurry of reactions mourning the loss, until a careful edit appeared: “Blue Monkey is NOT closing- just new ownership!”

This week, that new ownership group, comprising friends Remo and Lindsay Croce and Michael and Marci Chapman, all veterans of the South Jersey bar-restaurant scene, reopens the local landmark.

The four longtime hospitality workers are extremely close — Michael and Remo have been best friends since they were five years old, and Marci and Lindsay recently published a children’s book together — and have shared a dream of opening their own establishment for a long time.

“I think most people in the industry have been dreaming about owning their own place,” Remo Croce said. “It’s something we’ve been thinking about for a while now.”

Each of the four has not only restaurant experience, but management experience as well, most of it honed with the PJW Restaurant Group.

Marci Chapman is a skilled bartender, and Remo Croce plans to lean on his craft beer expertise to create a tap list that will make the tavern “the best beer bar in South Jersey immediately, and within a month or two, best in the state.”

“We want to build out from the bar,” he said. “We’re always going to have great beer. We inherited a great cocktail program, and I want to keep that going.”

Although the couples hinted that a future rebrand could be in the works as things progress, at the outset, much of the restaurant will remain as it was under the Gungors. As longtime fans of the Blue Monkey, they’re not in a hurry to overhaul the place, but rather want to streamline and improve upon its operation.

Head chef Luis Cortez (formerly of PJ Whelihan’s, The Pour House, and Central Taco) and sous chef Romeo Hernandez (of The Pour House) will add their own touches to a menu built around familiar favorites like house-made burgers and beer mussels. 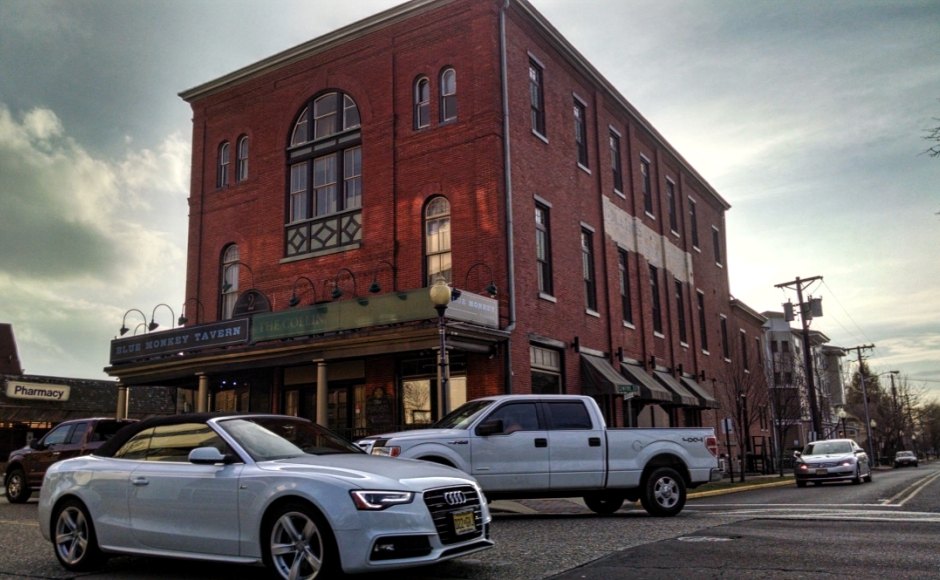 “We’re going to have weekly specials from our chef, and months down the line, it’s going to be a mixture of some best-sellers and new stuff.”

“When we started coming in here 10 to 12 years ago, we thought it was such a cool place with untapped potential,” Lindsay Croce said.

“Changing the vibe” means some atmospheric differences — expect a livelier soundtrack, and no more need for reservations — as well as later hours and plans to revive the second floor of the building for events. The Chapmans and the Croces are big soccer fans, and plan to open up early to host World Cup matches in the fall.

“We want it to be a place where you can come for Happy Hour and hang with your friends,” Remo Croce said. “We cater to everybody.”

Lindsay Croce, a Haddon Heights graduate, hopes to tie in opportunities to welcome Merchantville high-schoolers who attend classes there. Remo Croce, whose family lives in Merchantville and neighboring Cherry Hill, believes the Blue Monkey will find support from neighborhood regulars as well as newcomers.

“We’re excited,” he said. “We grew up here. We’re big believers in South Jersey, and big believers that we can help make the area more of a destination. We would love to be part of the revitalization of the town.”

The new ownership group also had kind words for their predecessors, who “welcomed us with open arms” during the transition, and will be remembered fondly.

“Halil was tremendous; so was his brother Nadim,” Remo Croce said. “They’ve been nothing but helpful.”

The Blue Monkey Tavern reopens formally Tuesday, August 16, at 2 South Centre Street in Merchantville. Hours of operation are 11 a.m. to 11 p.m. Sunday through Thursday, until 12 a.m. Friday and Saturday, and closed Monday. For more information, call (856) 661-8008 or visit bluemonkeytavern.com.