The recently rehabbed diner on Centre Street will get a new tenant this spring. 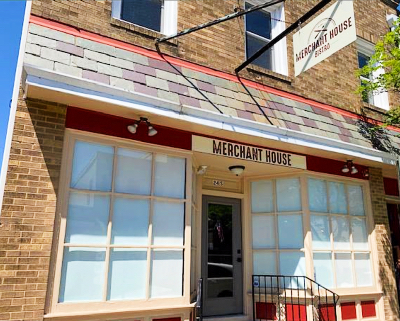 After Patti Sharp was forced to close the Station House Restaurant in Haddon Heights in 2019, the Barrington resident was hopeful to restart the business she’d built over a quarter-century in a new location.

Sharp had worked to renovate the former Merchantville Diner at 24 S. Centre Street in Merchantville into Merchant House, a concept that would pay homage to her former enterprise in Haddon Heights.

Sadly, she did not live to see it through.

Sharp died of an undetected cancer just a few days before Merchant House was to have opened in late June 2020.

In the time since she passed, the storefront has been vacant.

However, after nearly two years of inactivity, the business will find new life this spring as The Shake Seafood, a Cajun-style seafood eatery from chef William Lin.

Manager Jenny Wang said Merchantville represents the fourth planned location for the concept; Lin has already opened two other locations under the same concept in Philadelphia.

The Shake will offer dine-in, take-out, and possibly delivery service, with a menu built around Cajun-themed seafood recipes. 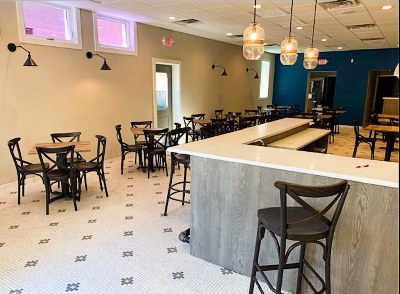 Side dishes include wings, onion rings, hush puppies, and vegetables.

Lin, a native of Fujian Province, grew up near the East China Sea, and was raised on seafood, Wang said.

“When he came to the United States to be a chef, because the family all liked seafood, they thought about opening a seafood restaurant,” she said.

Lin is banking on the popularity of Cajun-style recipes to support the launch of The Shake.

The company does not have a definitive timeline for its opening in Merchantville, but Wang expects it could come online sometime this spring.