Trending
You are at:Home»Business»Brooklyn Pizza Finding its Niche in Haddon Heights

In March 2018, the former Sal’s Pizza changed hands, but kept it in the family. Under owner Filippo Sparacio, it’s pivoted to a thin-crust, New York-style recipe that neighbors are starting to discover. 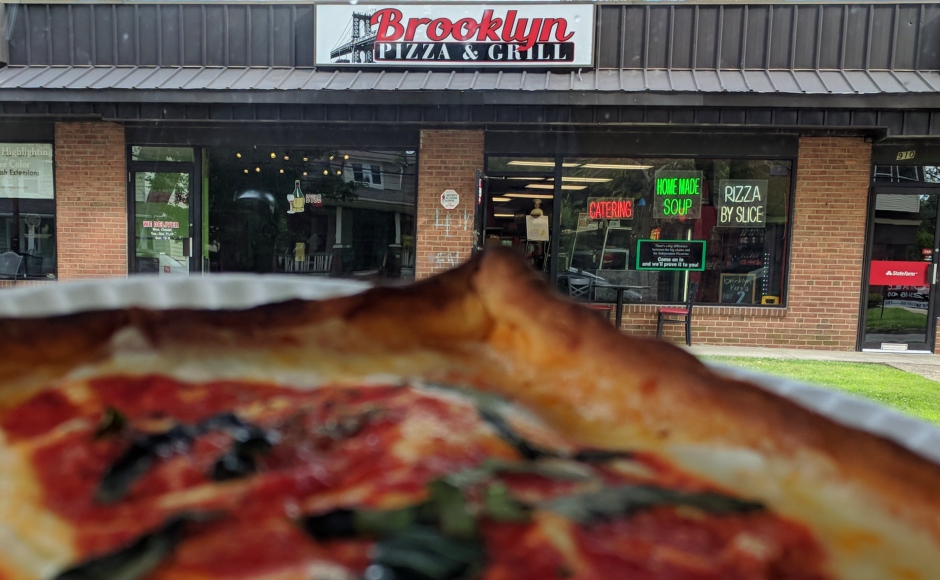 When Filippo Sparacio took over the former Sal’s pizzeria in Haddon Heights last March, one of the first things he did was cut the menu in half.

Sparacio made other small tweaks, too, switching to a shoestring French fry, a more lightly breaded onion, and fresh Buffalo wings.

He took longer to rebrand the eatery, however, while growing an audience for his thin-crust, Sicilian-style pies.

The hands-down customer favorite? The Brooklyn pie, which became its new namesake almost entirely through word of mouth. Now, after more than a year, Sparacio’s customer base is expanding beyond Haddon Heights, as more people are drawn in by its fresh recipes.

“I took [the shop]  over because of the potential I saw in the neighborhood,” Sparacio said. “This reminds me of Brooklyn; of South Philly.” 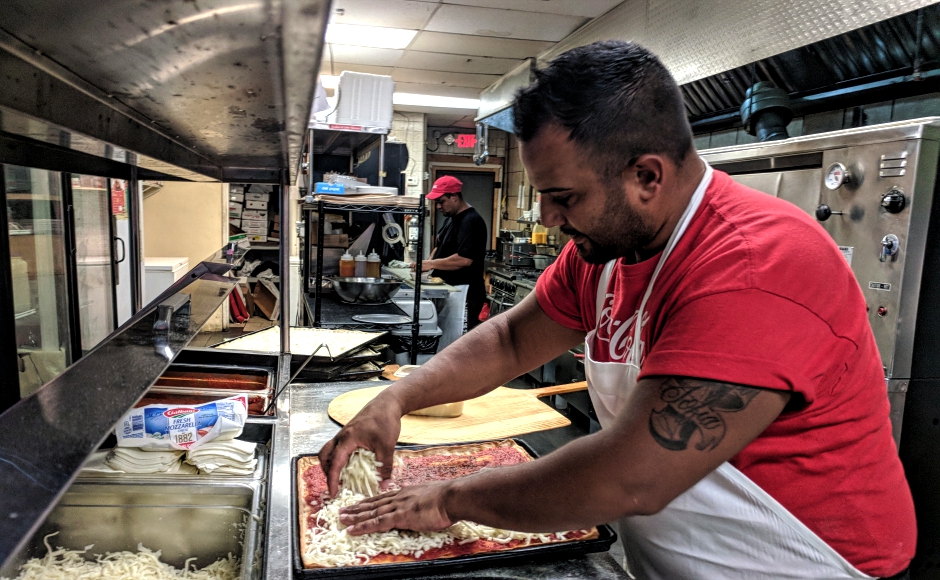 Born in Bensonhurst, Brooklyn, Sparacio moved to Sicily at age one, where his father worked as a welder, and he helped out on the family farm.

By the time he was 10, they returned to Brooklyn, where his grandfather owned a bakery, and Sparacio kindled his lifelong love of pizza.

“I always knew in my heart I would come back,” he said.

“The only thing we brought with us was our luggage.”

Surrounded by uncles and cousins, his father joined the family business, and young Filippo was eager to help out. He’d do whatever he was told—washing dishes, peeling onions, taking out trash—as quickly as he could. If he got done by 5 p.m., he could go to the front of the house and learn how to stretch pies from his father.

“Every time I walked into a pizzeria and I saw a pizza man dressed in checkered pants, they were like superstars,” Sparacio said. “I always wanted to be like them.”

Pizza was always special to Sparacio, and he insists to this day that love and passion for the food alone is what distinguishes a great pie from the competition. But there’s also something to be said for a quality-minded approach. 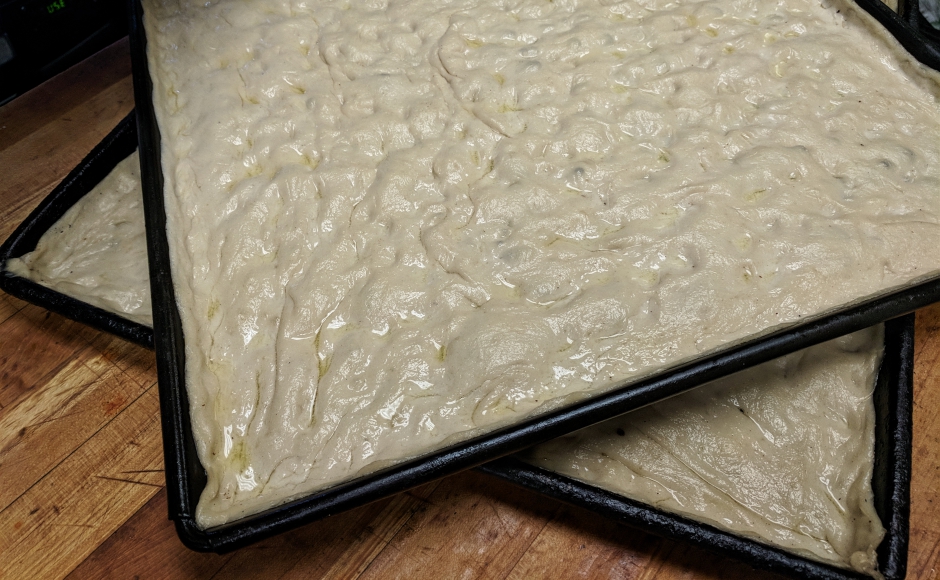 Unlike in Sicily, where pizza typically is wood-fired, Sparacio cooks in a brick oven.

He also draws upon the Bensonhurst influence for the name of both his pizzeria and its signature pie, the Brooklyn.

“Some people refer to it as ‘grandma pizza,’” he said.

“It’s a thin-crust Sicilian with a blend of whole-milk and fresh mozzarella, and chunky marinara.”

He’s insistent upon using the best available ingredients. None of his dough is pre-cooked; all the pies are hand-stretched daily, and Sparacio doesn’t add sugar to his dough or his sauce—a fairly common practice in South Jersey, where pizza appetites trend sweeter and cheesier than Old World recipes.

“I don’t believe in sugar,” he said. “As long as you use the best product, there’s nothing acidic about it.”

Sparacio is also insistent upon continuous improvement. He stretches 100 pies a day, and tries to make each one better than the last; zeroing in on a light dough with a crispy bottom. 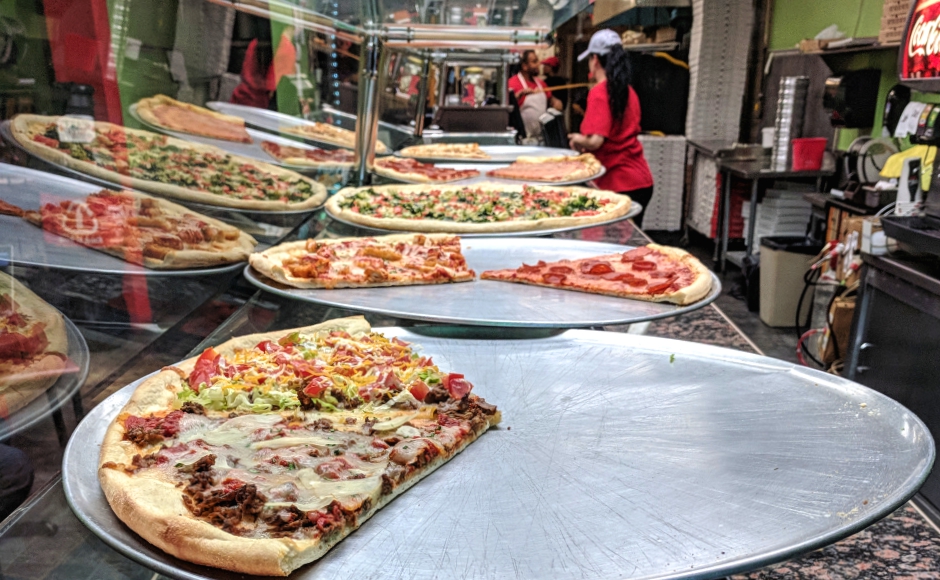 That approach sustains a menu driven by a handful of thin-crust recipes: the New York-style Neopolitan; the Boardwalk, with its cheese-on-the-bottom, sauce-on-top arrangement; and square pies based on the Brooklyn.

And someday, if his own children feel ready to stretch the dough beside him at the counter, Sparacio will be happy for the help.

Until then, he’ll continue to grow his business one household at a time.

“Once they walk in that door, they’re lifetime customers,” he said. “That’s what I believe in.”