The 83-year-old outdoor amphitheater will reopen with an expanded footprint, new seating, and better amenities in 2019. 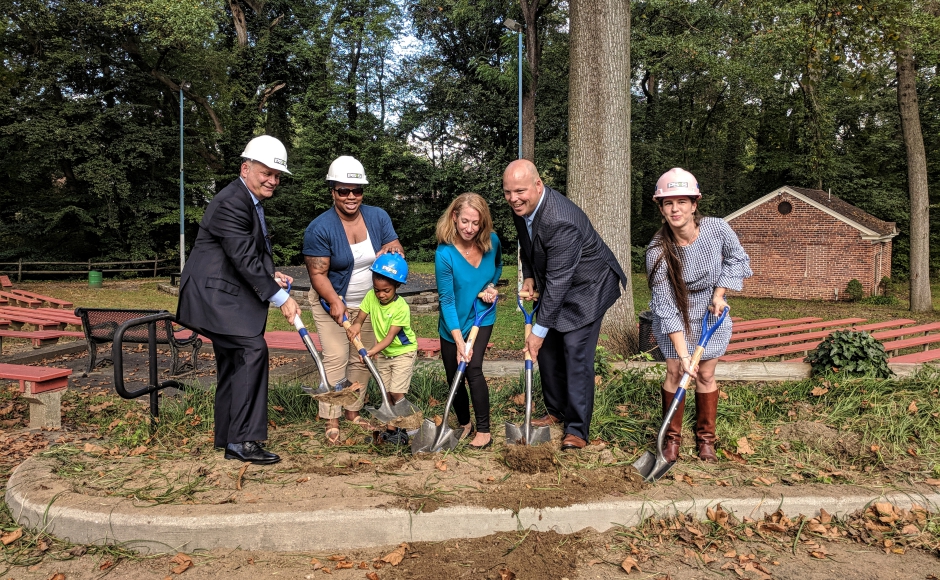 Groundbreaking of improvements to the Blueprints for the revisions to the Haddon Heights Norcross McLaughlin Memorial Dell. Credit: Matt Skoufalos.

One of Camden County’s most treasured local entertainment venues is about to get a $2.1-million facelift.

The county government broke ground Tuesday on renovations to the 83-year-old McLaughlin-Norcross Memorial Dell in Haddon Heights, a stone amphitheater dating back to the Works Progress Administration (WPA).

“The dell has been a part of this community for over 80 years,” said Camden County Parks Director Maggie McCann.

“It’s served us very well, but we’ve come to a point where all of our WPA parks especially need that revitalization and investment.”

The Dell, which is used for outdoor performances, community wellness programs—neighbors were doing Tai Chi during the groundbreaking ceremony—and family events, will be closed to the public during construction.

The work should wrap before the county’s 2019 summer concert series kicks off; McCann noted that the 2018 schedule of events has already concluded. 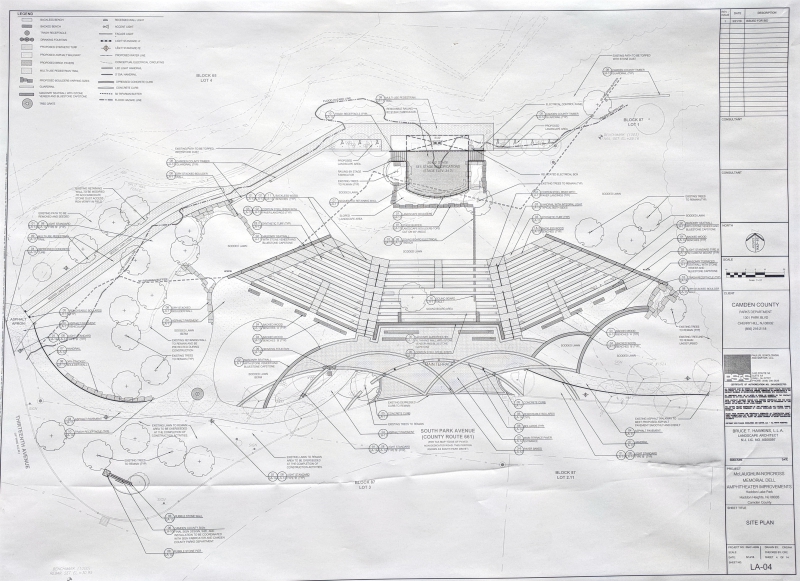 The work will expand its current capacity of 3,500 to around 4,000, with lawn and bench seating and greater accessibility for people with disabilities. The size and footprint of the stage will remain the same, but will be moved slightly from its current location.

In-season, the county will install an overhead sound and lighting rig that will enhance the quality of the show atmosphere.

Finally, McCann said the county would improve the trail behind the theater to bring in support equipment. She promised the original materials in its construction would be reused as much as possible, either onsite or throughout the county parks system. 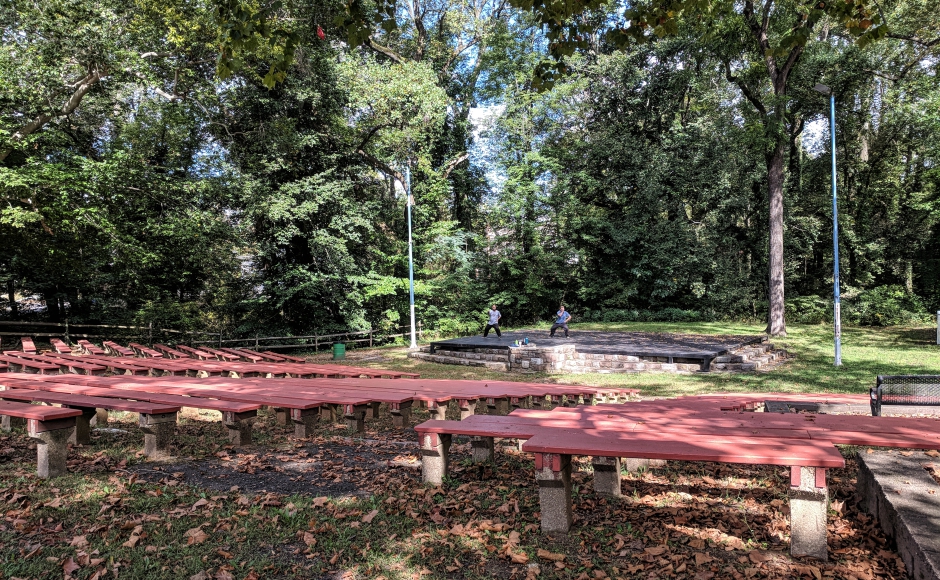 Camden County Freeholder Jeff Nash said the amphitheater is “a golden nugget” in the county’s 22-park system, and that the restoration would “recreate but preserve the hometown feel of the Dell.”

“It has slowly, over the years, become one of the most popular entertainment venues in the entire county, matching Cooper River Park and Wiggins [Waterfront] Park,” Nash said.

“Because of the enthusiasm of Haddon Heights and the surrounding communities, every concert is extremely well attended,” he said.

“The county is making a huge investment in this part to match the investments of the community.”

Haddon Heights Council Member Asiyah Kurtz, whose family moved to the borough from Memphis, Tennessee, said the Dell is “a jewel in our crown.

“One of the things that we did moving here was to explore the amenities of the borough, and the Dell was definitely one of them,” Kurtz said.

For 67-year borough resident Charlie Semola, whose home faces the park, the renovation couldn’t have been more welcome news.

“Every artist that comes here has been terrific,” Semola said. “We’ve expanded our front patio so neighbors can come and watch.