After the passing of 11-year-old Zero, the department brings its complement of police dogs back up to six thanks to a $10,000 donation from Verizon. Officer Wilberto Ramos is training the 15-month-old German Shepherd.

Clutching a vial of his late partner’s ashes that he wears around his neck, Camden County Police Lieutenant Zsakhiem James recalled the days spent with the department’s K-9 unit as “the greatest joy of my career.”

“You’re selected to a brotherhood that is unique,” James said. “You have a partner who never has a bad day; never complains about the radio station or the weather.”

In December, James lost Zero, the K-9 with whom he’d shared eight years of his law enforcement career. On Friday, he offered up some words of inspiration as the department introduced its newest K-9, Recon. Thanks to a $10,000 grant from Verizon, the 15-month-old German Shepherd will join a roster that includes fellow police dogs Achilles, Major, FiOS, Ghost, and Moose. 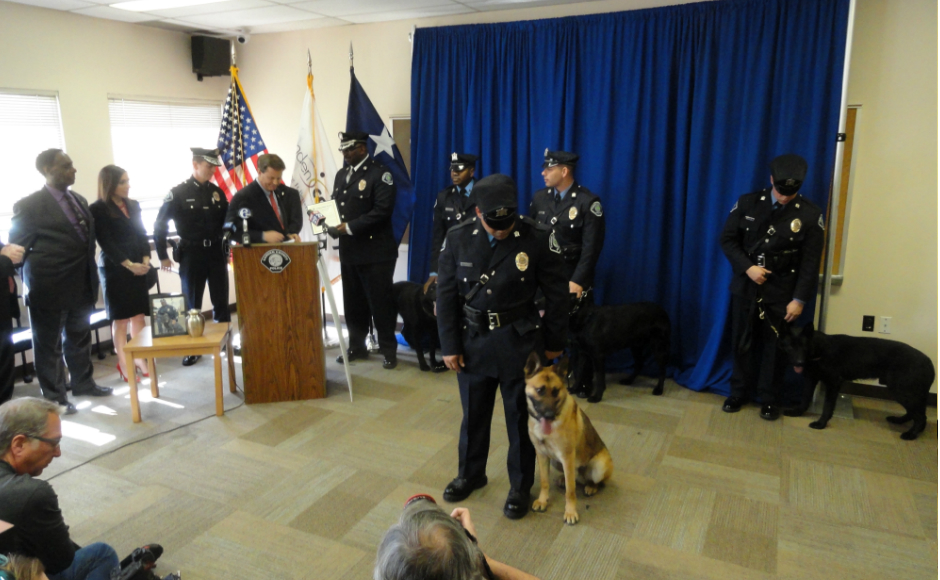 Verizon spokesperson Gina LaPlaca said that sponsoring the K-9 is a chance for the company to support progressive policing in an area that is home to many of its customers and employees. Camden Police Chief J. Scott Thomson said the startup funds helped clear the initial hurdle of bringing on a replacement dog.

“Over the last several years in government, there’s been a constraint on the budget,” Thomson said. “A K-9 can have costs that are prohibitive.”

Despite the upfront costs, a strong K-9 program is a useful element of community policing as well as a valuable resource for other officers, the chief said.

Recon’s partner and handler, Officer Wilberto Ramos, is a 17-year veteran who “always wanted to do K9,” and said that landing the assignment was only “a matter of being given the opportunity.” Both Ramos and Recon are in the third week of a 16-week academy training course to prepare for active-duty service.

“It’s the hardest thing to get into in police work,” James said. “You can take classes, but in New Jersey, you’re mandated to go back to school.”

K9 officers share a lifelong, 24-hour-a-day partnership, but off duty, it’s important to let Recon just be a dog, Ramos said. While still in training, he’s kenneled separately from Nacho, Ramos’ American bulldog. After his partner has fully bonded to him, Ramos said Recon will be more closely integrated with the family. The ability for the dog to be social is one of his most critical skills, the officer said, because “a lot of people are afraid of animals.” 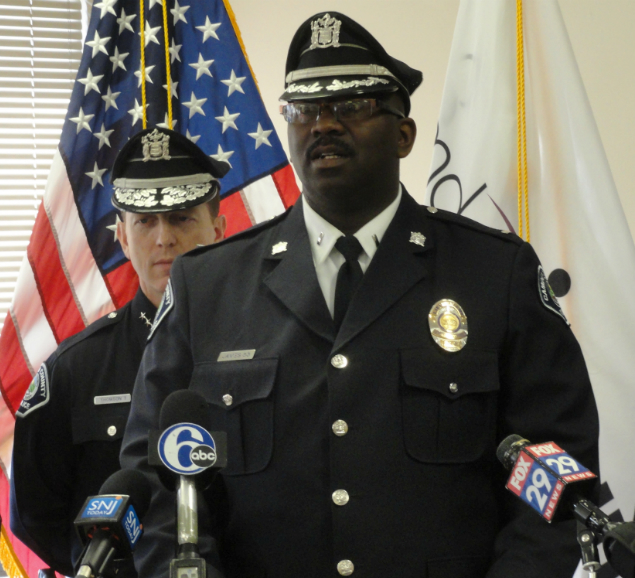 “The key for us is building partnerships in everything we do,” James said. “In choosing the right dog, you have to have a social aspect.”

Some police dogs specialize, but all are trained in tracking, article searches, agility, and criminal apprehension. No matter how advanced technology becomes, “there hasn’t been a device yet that can mimic a dog’s sense of smell,” James said.

James now has command responsibilities and a career that’s closer to retirement than to active service, which means handling another dog is not in the cards. A certified K-9 instructor, he advises the officers here and there, but the lieutenant is not afraid to say he misses the work—and his shifts with Zero.

“Any time they need my help, I’m here,” James said.