Police say 36-year-old Ephrain Mateo-Morales struck a car preparing to turn onto North Park Drive and was killed. He was not wearing a helmet. 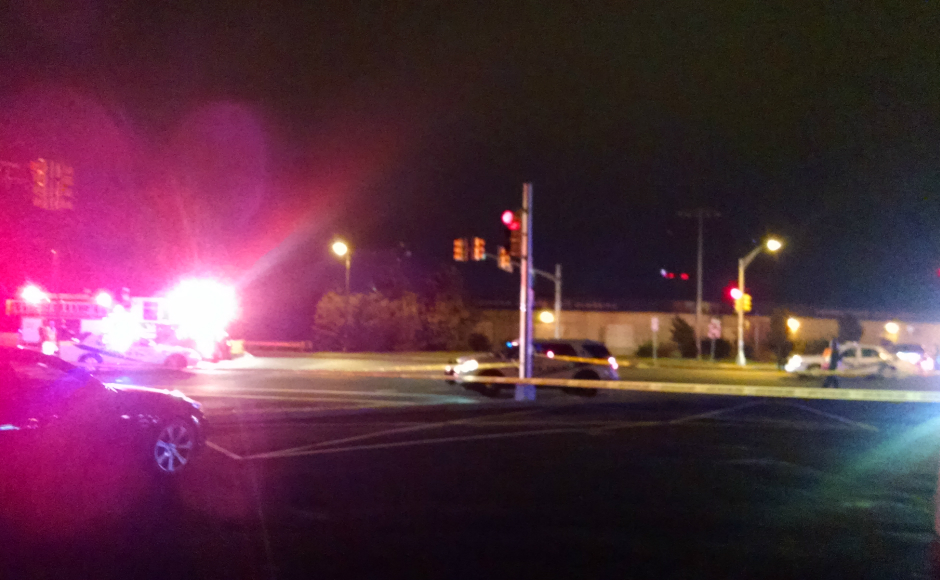 The investigation is ongoing, but preliminary results suggest that Mateo-Morales was traveling up North Park Drive, approaching Route 130, when he hit the side of a vehicle in the northbound lane that was just starting to turn into the park.

“We’re still looking into all the dynamics of the crash,” said Pennsauken Sgt. Christopher Sulzbach. “We’re probably more sure he came from North Park Drive.”

Mateo-Morales was not wearing a helmet, and “probably the way he fell hurt him,” Sulzbach said. The cyclist’s speed may have been a factor.

No charges are pending against the driver.

The department performs extensive public outreach about highway crossing and pedestrian and cyclist safety, “but it still happens,” Sulzbach said.

“People jump barriers,” he said. “They don’t understand how fast the vehicles are going. They think they can make it across three or four lanes of traffic.

“Route 130 is as dangerous as any highway in the state, at least in South Jersey,” Sulzbach said. “We tell people all the time to cross at a crosswalk, not a light, or use the pedestrian walkovers. We preach it in our schools, we teach it in our senior centers, but it still happens.” 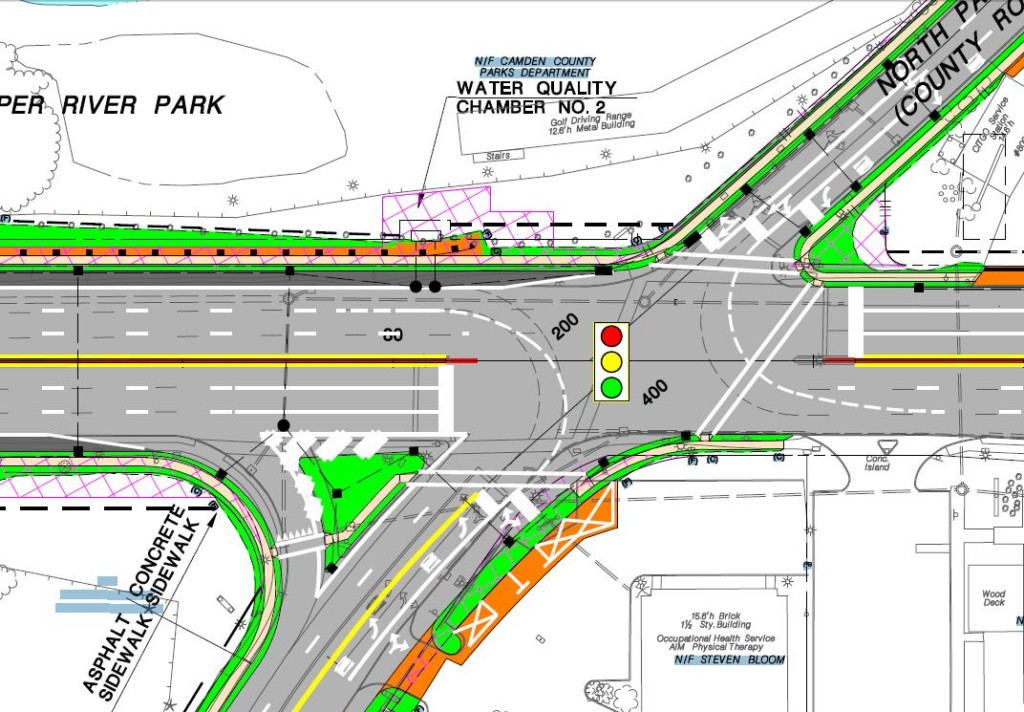 Sulzbach said Mateo-Morales may have been traveling home from work at the time of the accident, and do not believe he was not cycling in the park recreationally.

“We do have a big bike population at the Cooper River Park, and we really don’t have many problems with it,” he said.

In 2011, the Greater Philadelphia Bicycle Coalition lobbied the Department of Transit to redesign the intersection at North Park Drive and Route 130, claiming that it “should also include a westbound bike box for cyclists in front of the stop bar on North Park Drive to get ahead of the turning traffic.”

“While the crosswalk shown in the diagram is an improvement (vs. nothing), it still forces a westbound cyclists to cross the intersection at the crosswalk,” the coalition noted. “This means that cyclists will be riding across to a narrow sidewalk instead of a 10′ multi-use path.”

Complicating matters Monday was a new traffic pattern layout that will divert more drivers down North Park Drive for the next 10 days, as PSE&G performs gas line work in Pennsauken.

A bicyclist riding through the intersection of Route 130 and North Park Drive in Pennsauken hit a car and was killed Monday evening.

Pennsauken Police Sgt. Christopher Sulzbach said the accident occurred around 10:15 p.m. The cyclist was traveling west on North Park Drive at the time of the collision. The victim’s identity was not released pending notification of the family.

Around 1 a.m. Tuesday, traffic was still being diverted through Cooper River Park along the northbound lane of Route 130 between South Park Drive and the scene of the accident. Fire and EMS crews were on the scene and a bicycle remained in the roadway.

Pennsauken Police have seen their share of traffic fatalities this year already. In March, Philadelphia resident Norman Schultz was struck and killed attempting to cross Route 70 within the same week that high-schooler Quason Turner was killed crossing Route 130.

According to the township municipal publication, All Around Pennsauken, the community has seen 11 traffic fatalities in the past three-and-a-half years, a number owing at least in part to the five state highways that intersect it—and that’s excluding Monday’s fatality.