After 35 years in the carriage house at the edge of the Bayard’s Chocolate House in Cherry Hill, florist Rick Cuneo is relocating to the Pennsauken Industrial Park, displaced by a Dunkin Donuts. 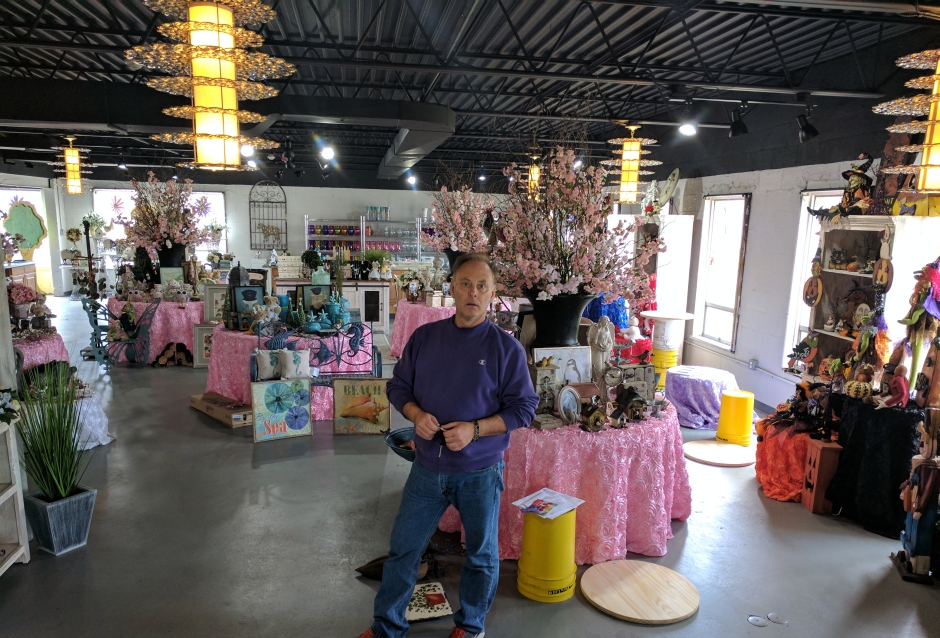 It’s a curious sensation to be putting down roots after 35 years, but at the end of an uncertain six months, the resolution to his story is a welcome one, Cuneo said.

When the florist learned in August that his landlord, Frank Glaser of Bayard’s Chocolate House, planned to bulldoze his shop in order to add a Dunkin Donuts to the other half of his lot, “you go to that dark place,” Cuneo confessed.

“I’m losing my business, I’m not going to be able to pay my mortgage,” he remembered thinking. Rents along Route 70 were prohibitively expensive. Cuneo wondered how long he’d be able to extend his month-to-month lease.

As it turned out, he learned, “Somebody’s watching out:” a friend with an unused facility in the Pennsauken Industrial Park offered the break he’d needed. Cuneo transferred his shock into momentum, and began the fit-out of a 2,800-square-foot former Aramark building at 7850 Airport Highway.

With room to breathe—and operate—Cuneo’s new Flower Barn will accommodate extensive browsing, private consultation suites, and evening classes. Only a mile down Route 70, the former Aramark facility is also convenient to Routes 38 and 130 for deliveries, and sits within a short walk of his wholesaler, Pennock Floral. 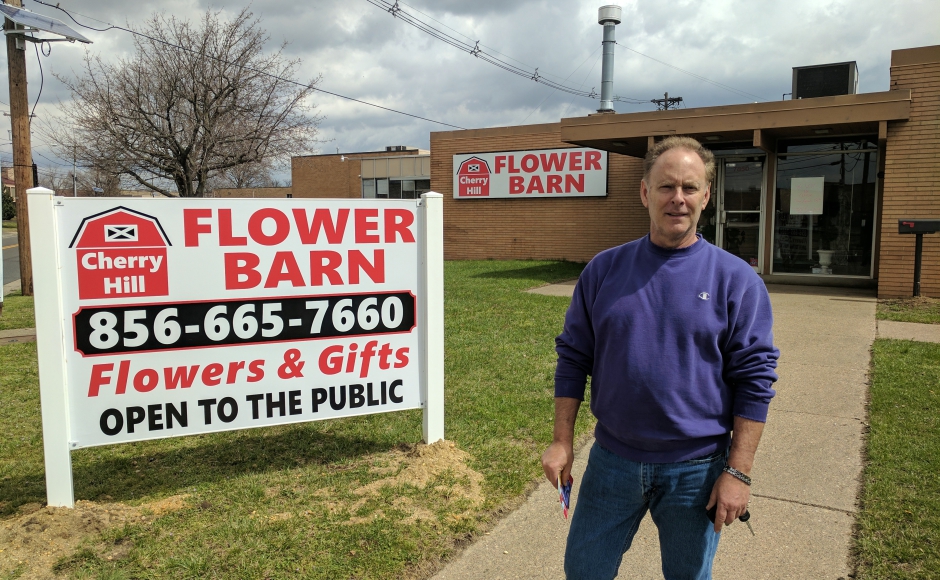 Although greatly expanded, Cuneo believes the new space offers an expanded retail experience but retains the homey aesthetic of the much-smaller carriage house in which he’s used to operating.

Despite its close quarters, the Flower Barn was sympatico with the adjoining Bayard’s Chocolate House for decades, especially around Easter, Valentine’s Day, and Christmas.

Cuneo believes his regular customers will still find him, but in an industry dominated by wire and Internet orders, he also knows that business is shifting from physical to digital traffic.

“If we never get another walk-in customer, I have a great workspace,” Cuneo said. “We really outgrew that building years ago, but it was still a great building. I would have been there ‘til I died.”

The Pennsauken native said he’s “enormously excited” to open the new location on April 18, and really hasn’t had time to process the inevitable loss of his former home.

“I’ll be heartbroken when the building gets torn down,” Cuneo said. “I would like to be there. But I’m unbelievably excited about this space.” 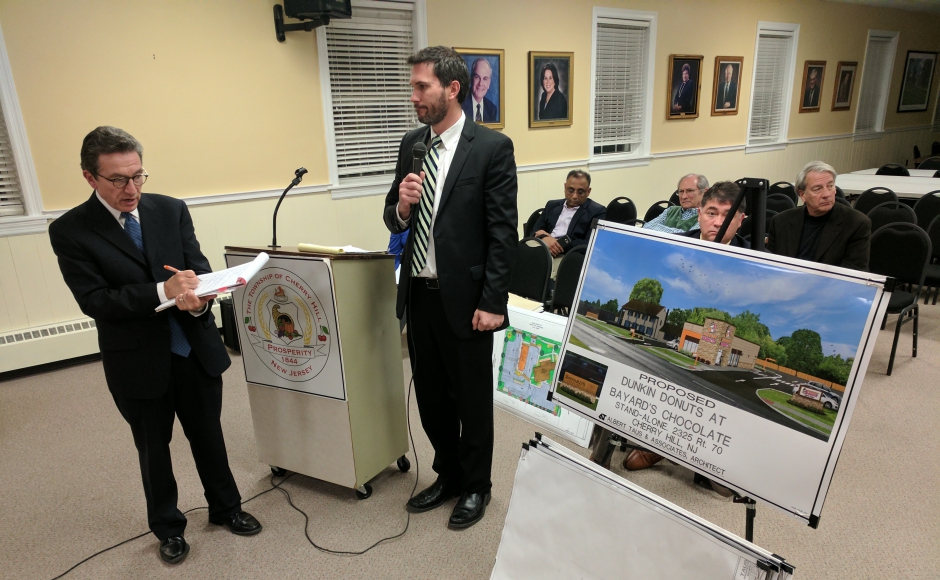 So too, are the partners in the 2325 Marlton Pike West Associates, LLC (of which Glaser is one), whose redesigned site plan for the combined Bayard’s-Dunkin Donuts location was approved unanimously by the Cherry Hill Planning Board Monday evening.

New to the project since it was put on hold in August 2016, attorney Richard Goldstein said the revised plan resolves traffic flow, parking, and pedestrian safety design flaws.

The new application reduces the building footprint to fewer than 2,000 square-feet and eliminates a proposed outdoor dining area. Parking increased from 24 to 30 spaces to conform with the township code.

Engineers also widened the drive aisles and the fire lane, bringing them into compliance, and filled in a curb cut from South Harvard Avenue to confine traffic circulation. The delivery area was relocated away from the drive-through, and three pedestrian crossings were added.

Overall, the improvements to the plan limited requests for relief to bulk variances for prior conditions onsite instead of those for parking, traffic, and signage in the initial application.

The biggest changes to the plan involved efforts to bring the look and feel of the property into conformance with the adjoining Bayard’s location, which will be repainted to match the Dunkin Donuts. 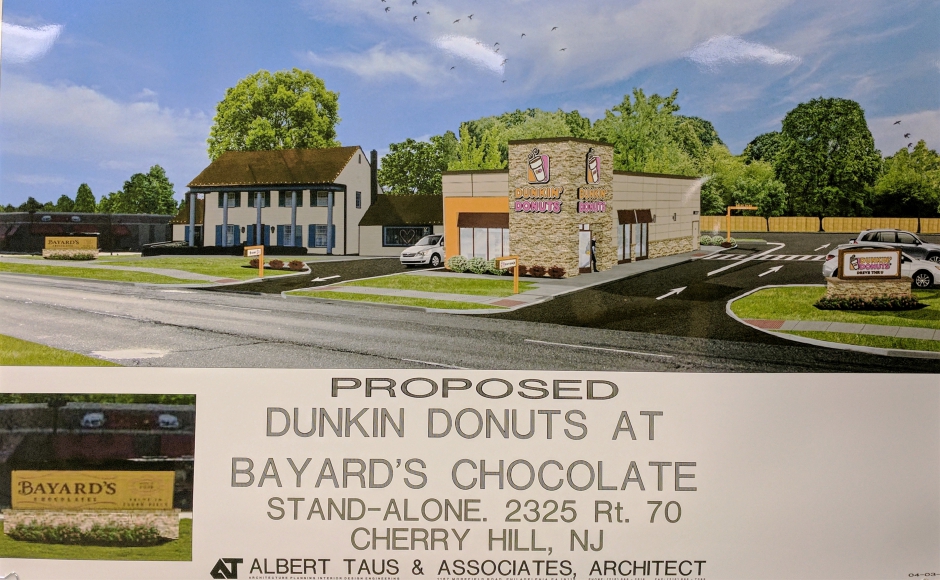 “There’s been a focus on the design of the site in order to create an architecturally harmonious site for the two uses,” Goldstein said, citing their “coordination of colors, lighting, [and]landscaping.”

“We didn’t just want to come in there and take over the property,” said David Keefrider of the architectural firm Albert Taus and Associates.

“We’re not building a building identical to Bayard’s Chocolates, nor would we want to.”

The Dunkin Donuts will have brown awnings and a fiber cement pad that Keefrider said is unique to the location. Its unifying exterior color, ironically titled “bittersweet stem,” will link the designs of both structures, he said, while the existing Bayard’s monument sign will be reoriented towards the highway.

Board members praised the developers for working with township professionals to improve the site plan.

“I think the applicant’s done a phenomenal job turning around the concerns we had in August,” said Lorissa Luciani, Deputy Director of Planning and Zoning for Cherry Hill. 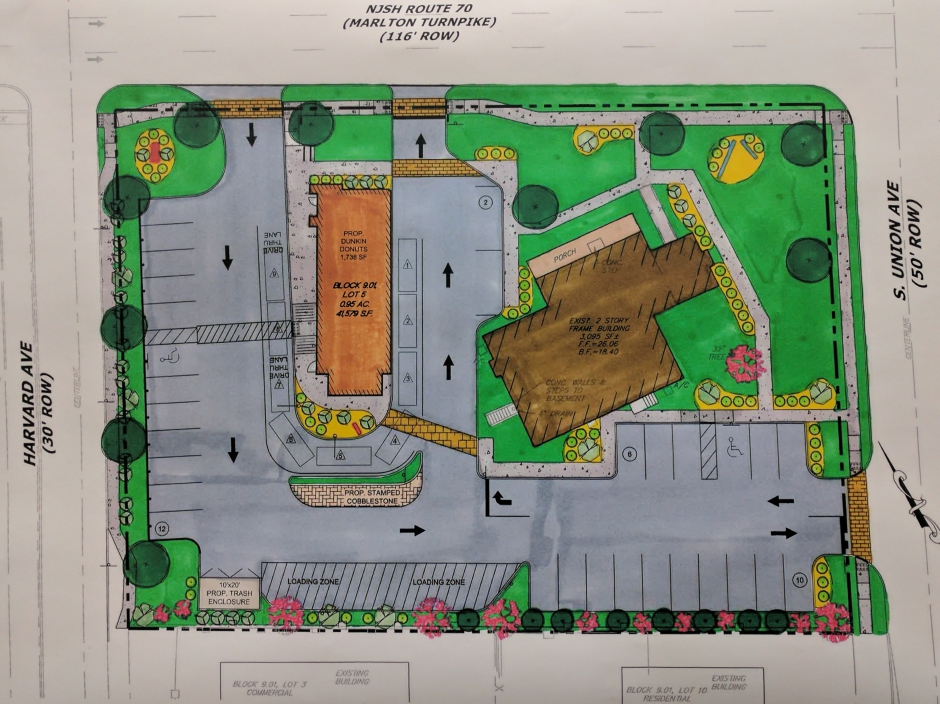 Stacey Arcari described the changes as producing “the best possible product we could get in the constraints of this site.”

Marlyn Kalitan pointed out that design problems can often be corrected by reducing the building footprint.

“It is never because the lot is too small,” she said.