On Monday, the township planning board approved plans for Tesla Motors to develop its first dealership in South Jersey, and fourth in the state, in the 1600 block of Route 70. 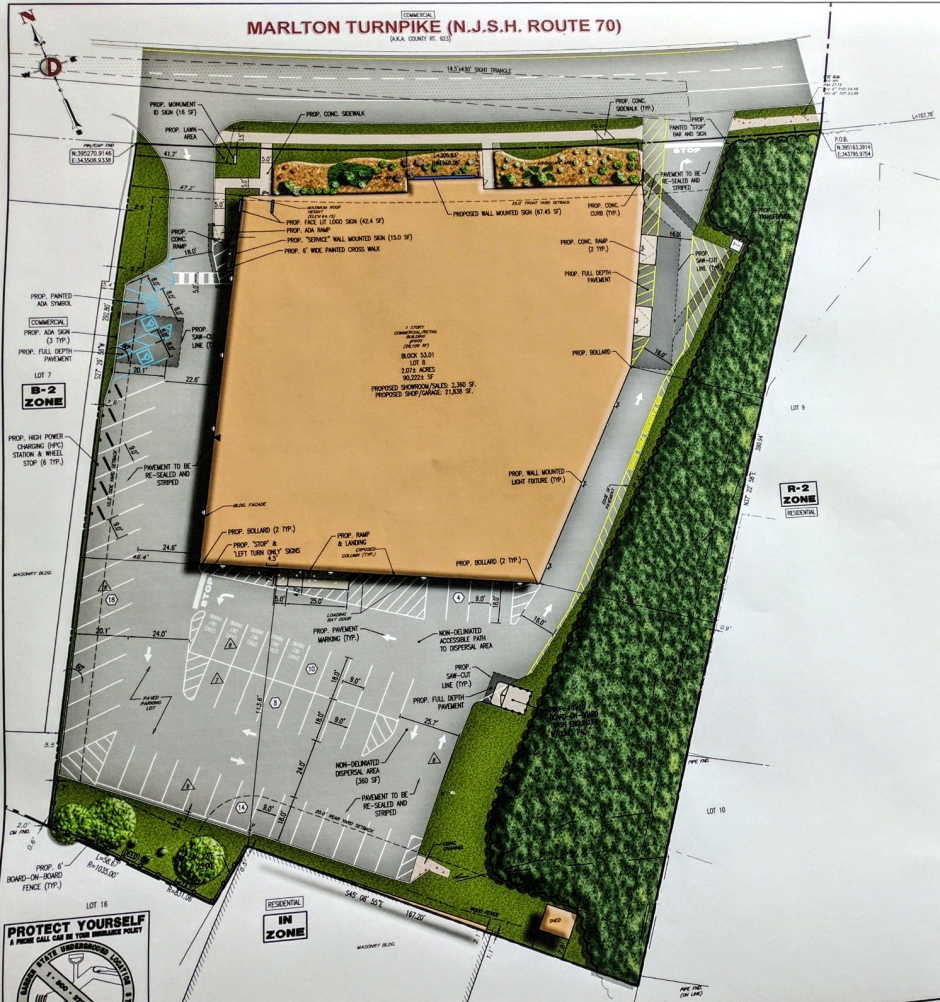 As the site plan for a proposed Tesla Motors dealership made the rounds at the Cherry Hill Township Planning Board Monday night, there was a slight chuckle when the governing body noted that the proposal had neglected to include “no idling” signage.

Representatives of the automaker, which manufactures zero-emissions vehicles, noted with irony that any such signs wouldn’t be applicable to the Tesla models themselves, but to the gasoline-powered shipping trucks that transport the electric cars to local dealerships across the country.

Nonetheless, the signs will appear at the new Tesla Service Plus dealership and repair center, which is slated to open by year’s end, after the board unanimously approved the company’s application.

The facility will be located at 1605 Route 70 West in Cherry Hill in a retail building currently occupied by the By Design furniture gallery, which holds a lease on the property until May.

It will be the first Tesla dealership and service center in South Jersey and the fourth in the state, with the next-closest Tesla service locations in Devon, Pennsylvania; Springfield, New Jersey; or Brooklyn, New York. The company has five charging and supercharging stations throughout New Jersey and only three other dealerships (in Springfield, Paramus, and Short Hills).

But the electric car company also currently has just a 400-vehicle market in the South Jersey region, said Tesla Design Manager Fabiola Lozoya. Vehicles are built to order, and arrive on a weeks- (sometimes, months-) long timeline, which means the center won’t have the extensive on-lot inventory of a typical car dealership. 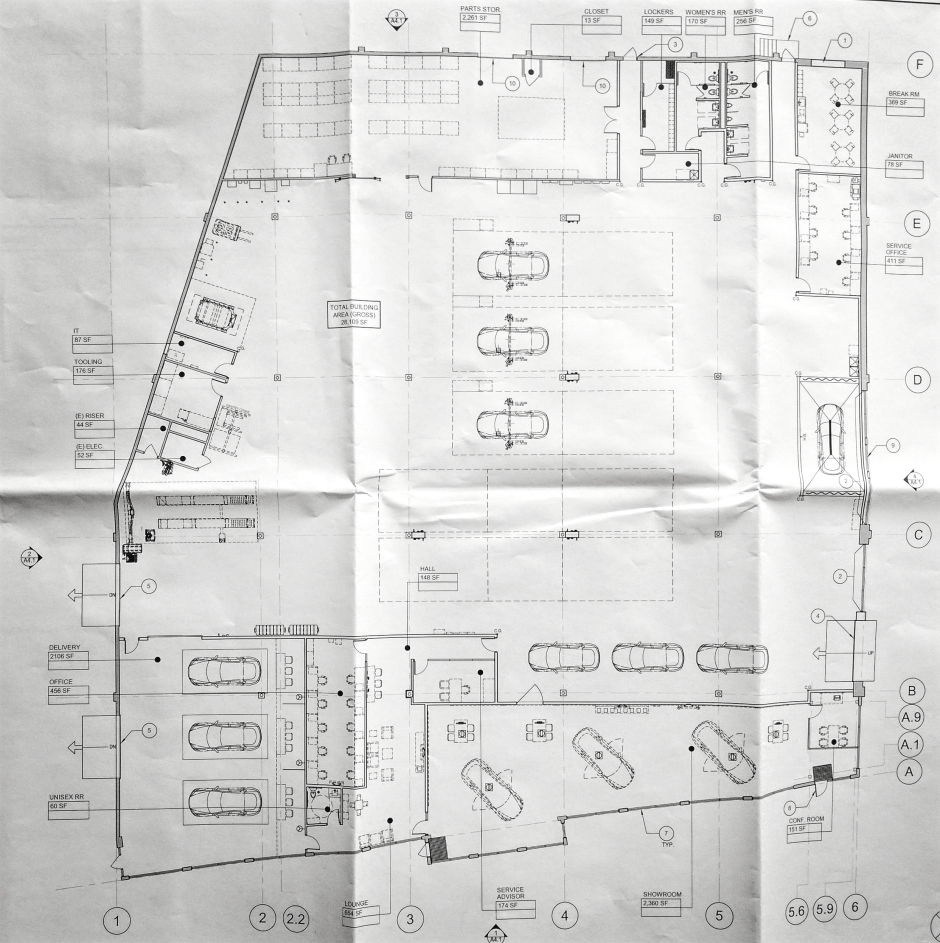 Likewise, with so few of its cars on the road in South Jersey, Tesla can make the smaller-footprint retail space work because there’s no backlog of repair work requiring customers to leave their vehicles overnight, said its site engineer, Robert Freud.

The company does plan to keep three or four loaner vehicles onsite.

After the business is fully built out, it may service as many as 20 vehicles per day by appointment, but “there’s no queuing outside the building,” Freud said.

Customers can perform some diagnostics on their home computers, and the batteries that power Tesla vehicles are neither recycled onsite nor disposed of locally, he said.

“[Customers] come in when there’s a problem or once a year,” Freud said. “This is not a typical service center where cars come in regularly and they’re staying for a day or two to have parts delivered.”

As the design of the zero-emissions vehicles also eliminates the need for Tesla dealerships to store and service mechanical systems related to the combustion engine, the bulk of deliveries is expected to be parts; “mostly tires,” said Lozoya. Onsite parking in that scaled-back lot will include seven vehicle charging stations, parking for prospective customers, and spaces for 26 employees.

Whatever traffic is generated at the site, the board took care to insist that test drivers wouldn’t be revving their engines (technically, the battery-powered cars are nearly silent) in the nearby South Erlton neighborhoods, the streets of which are small and typically full of parked cars. Lorissa Luciani, Deputy Director of Community Development for Cherry Hill, cautioned that Tesla would have to submit a test drive route with the planning board as a condition of its approval.

At the outset, the company expects to open its sales floor daily; the service department will be closed only on Sunday. Lozoya said the dealership could add 35-40 sales and service jobs locally. 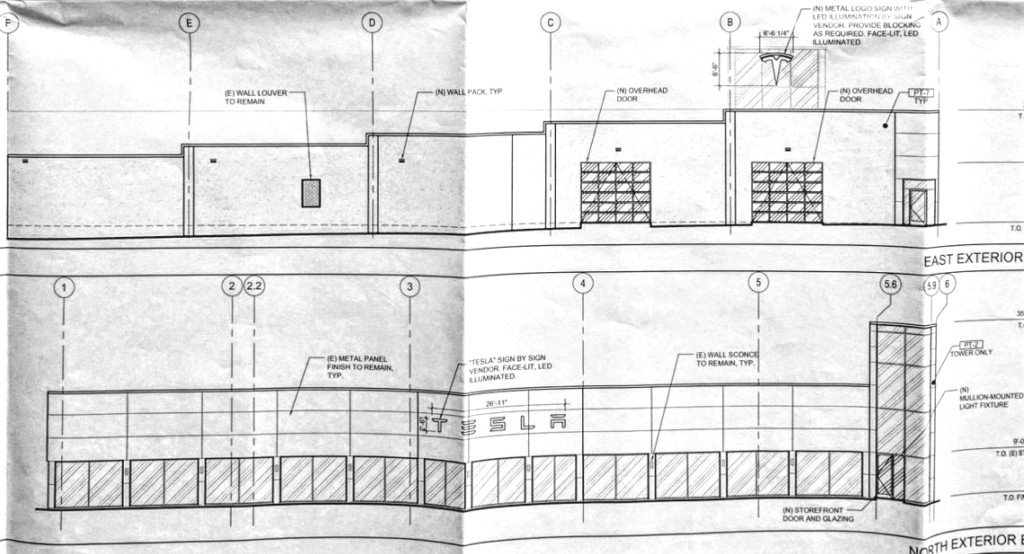 “Our showrooms are more of a learning session,” she said.

“[There’s] a lot of graphics on the walls, configuration tables; it’s very interactive.”

At the roll call vote, a few offered additional endorsements of the business and what its presence could mean for the township.

Carolyn Jacobs commended the presenters on “a really good use of what could have become a neighborhood eyesore,” and Moly Hung described Tesla as “a unique business platform in this changing economy.”

“We’re thrilled for it,” said Marlyn Kalitan. “Welcome to the neighborhood.”