In a tort claims notice, four Haddon Township police officers accuse their chief, Mark Cavallo, of harassing them, failing to lead the department, and undercutting the process for promotions in rank. 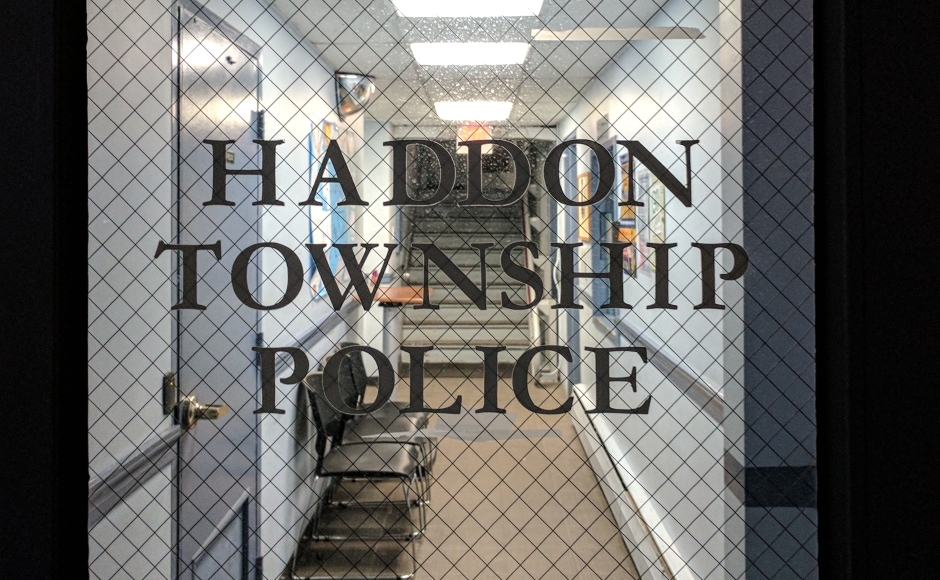 Four senior, active-duty officers of the Haddon Township Police Department are alleging that their chief has abdicated the responsibilities of his position, creating a hostile workplace in which subordinates faced harassment, record-keeping processes were neglected, and professional development and public communication suffered as a result.

The notice, which is a precursor to potential civil litigation, has prompted the township government to authorize an independent investigation into its claims, according to solicitor Eric Riso of the Stratford-based law firm, Platt and Riso. Serving notice of the intent to file suit does not mean a lawsuit will necessarily follow, but could within a two-year window, Riso said.

The tort claims notice obtained by NJ Pen through an open public records request was heavily redacted in places; an apparently intact version of the document obtained by NBC Philadelphia includes claims that Haddon Township Police Chief Mark Cavallo allegedly touched one or more of the officers inappropriately, texted a semi-nude photo of himself, and made other, similar advances.

Those claims are personnel matters that don’t require bringing a tort notice against the township, and could have been filed under an internal harassment complaint, Riso said. He said they weren’t initially investigated because the first notice the township received from the officers focused on Cavallo’s role in awarding a lieutenant’s promotion for which all five sergeants in the department—Ronald Aron, Charles Blanchard, Robert Preziosi, Johnston, and Whelan—were eligible.

“The interviews are being conducted with the participation of individuals who have knowledge of the allegations made, and by an individual who is the subject of the complaints and allegations—Chief Cavallo,” reads a February 21, 2017 letter from the officers’ attorney, John C. Eastlack of the Turnersville firm Weir and Partners.

The deadline for resumes to have been submitted for the lieutenant promotion was January 27, according to a January 23 letter to former Haddon Township Commissioner and Director of Public Safety John Foley that was co-signed by Bishop, Gooley, Johnston, and Whelan. In it, the officers allude to having met with Foley to discuss their concerns with the chief and the department, and ask the commissioner to delay the promotions process.

“We hope you would agree that it would be better to at least postpone this and evaluate the complaints we have reported, rather than make a hasty decision that could result in bigger problems down the road,” that letter reads. “Allowing the wrong decision to be made would be unfair to all the candidates in this process, the men and women of the police department, and the Township overall.”

Foley announced his resignation February 21—the same day Eastlack’s letter is dated—leading to the postponement of a regularly scheduled meeting of the township government for want of a quorum. A week later, his replacement, Jim Mulroy, was brought into a closed-session meeting to discuss the tort claims notice and two other active lawsuits involving former HTPD officers.

Riso confirmed that the lieutenancy interviews occurred February 21, but that no promotion has yet been made. Although having been previously scheduled to participate in the process, Riso said Whelan and Johnston canceled their interviews for the position.

At the time the tort claims notice was filed, Riso said township officials had only heard of the officers’ complaints about the promotions process.

According to Eastlack’s letter of February 21, Bishop and Gooley met with Cavallo on February 9 to discuss some of the harassment allegations directly with the chief; by then, they had already filed the tort claims notice (February 1), and had met and corresponded with Foley.

In their letter to Cavallo, the officers included a 30-bullet-point list of his alleged professional failings—atop which is a redacted paragraph that can be inferred to include the harassment claims—from a lack of departmental and administrative oversight, to not budgeting and planning for the needs of the department, to lax record-keeping and public communication.

In a January 13 email to Foley, entitled “Serious Problems with Our Police Department,” and on which Gooley is CC’d, Bishop writes:

“It has been almost a year since I met with you in your office regarding the Chief and the issues we have been having with him not doing anything for the money he is paid. He’s doing even less now, does not provide any direction or leadership, and we are struggling and have been for some time. There is a group of us that have had it and we are asking for your assistance as Director.”

Riso said that the township “takes these allegations very seriously,” but that “other than the allegations, we have nothing else” to substantiate them.

“[Eastlack’s]  letter is very different than the one that was subsequently signed off on to the chief,” he said. “The only thing Bishop is complaining about to Foley in that [January 23]  letter is the promotion process.”

Two days after that letter was sent, Riso notified all four men that by having taken their problems to Foley and not to Cavallo, they’d broken the chain of command and could be subject to discipline. Excluding Aron, Blanchard, and Preziosi from their meeting with Foley was “entirely unacceptable,” Riso wrote, “and no such attempts to interfere with the promotion process should be made.”

“The Township has a harassment policy in place,” Riso told NJ Pen. “If you think the chief isn’t going to be fair because he’s retaliating, you’re going to put us on notice. Now that we’re on notice, we are investigating.”

DeMent alleges that the chief had harassed him and then refused to alter his duty when he was diagnosed with a degenerative eye disease, while Brodo claims she was terminated as retaliation for a whistleblower suit she settled with the township over payments for a detail that Preziosi had worked at the direction of Gooley and Bishop.

Riso said both of those cases are proceeding in court, and that the township will continue to defend its position in each.