Trending
You are at:Home»Arts»Collingswood Artist Catches Lightning in a Bottle with Philly Tarot Project

James Boyle’s tarot-inspired artwork in Philadelphia magazine launched a crowd-funding campaign to produce a full, Philly-themed deck based on his illustrations. 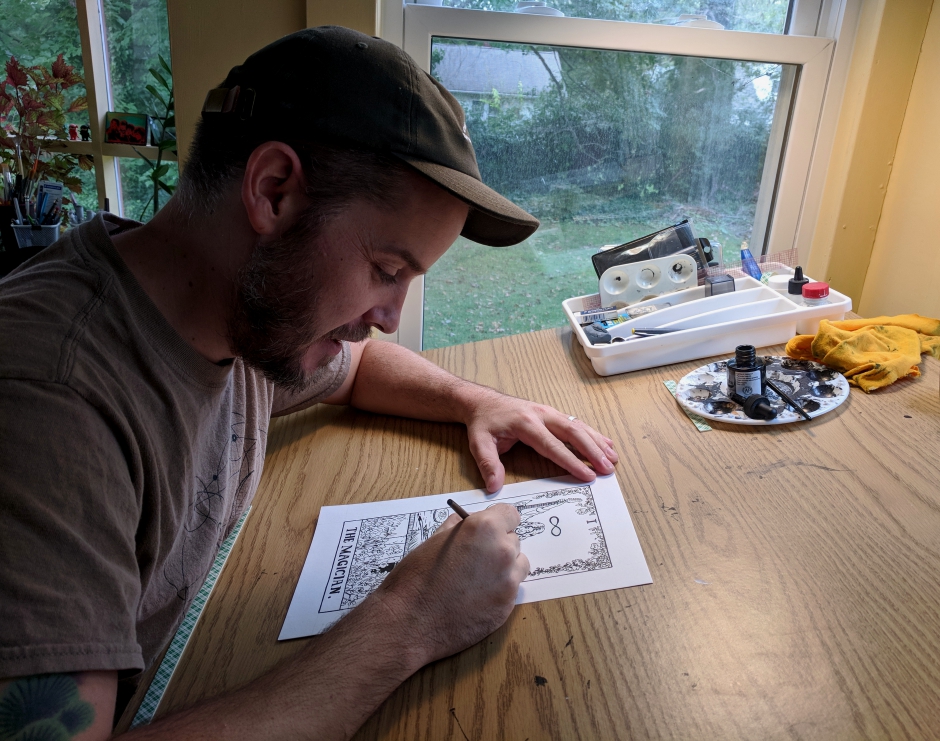 All artists hope their work will find its intended audiences—but every once in a while, something catches fire.

It started with a one-off assignment to create some Philadelphia-themed tarot card art for a lifestyle essay in Philadelphia magazine.

Boyle’s spin on the classic line art was sturdy enough, but its marriage of tarot arcana with local cultural images put it over the top.

“When they published that, there was a flood of feedback online,” Boyle said. “People were asking where they could buy the deck, is there an actual deck? People were demanding to see the deck become a thing.”

Despite a lack of familiarity with the subject matter, Boyle was intrigued. He put up a kickstarter page, and started drawing more Philly-themed tarot as part of “Inktober,” a month-long, drawing-a-day exercise challenge for illustrators. 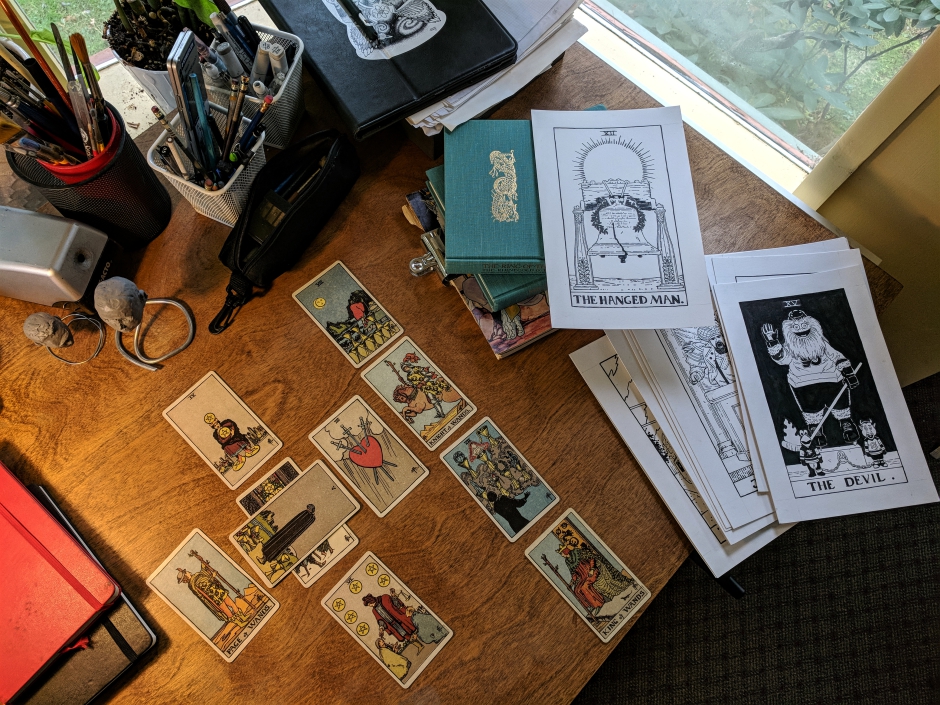 With more than a month to go, it’s already been backed at more than triple his initial, $6,500 goal.

Even completing one hand-drawn, pen-and-ink card a day, Boyle will have to pick up the pace to complete the entire 78-card deck in time to ship them out for the holidays.

But enthusiastic feedback from fans of the project is helping spur him onward.

“I can’t tell you how motivating that is for someone like me who just works out of a home studio,” Boyle said.

“I spend most of the day alone by myself at a desk,” he said. “To have that feedback every day gets me super-pumped waking up in the morning.”

In addition to the city of Philadelphia and its hundreds of years of culture, Boyle’s inspiration for the project is the Rider-Waite tarot deck. First published in 1910, its classic illustrations were drawn by Pamela Colman Smith, whose work Boyle calls “elegant and decorative, and deceptively detailed. 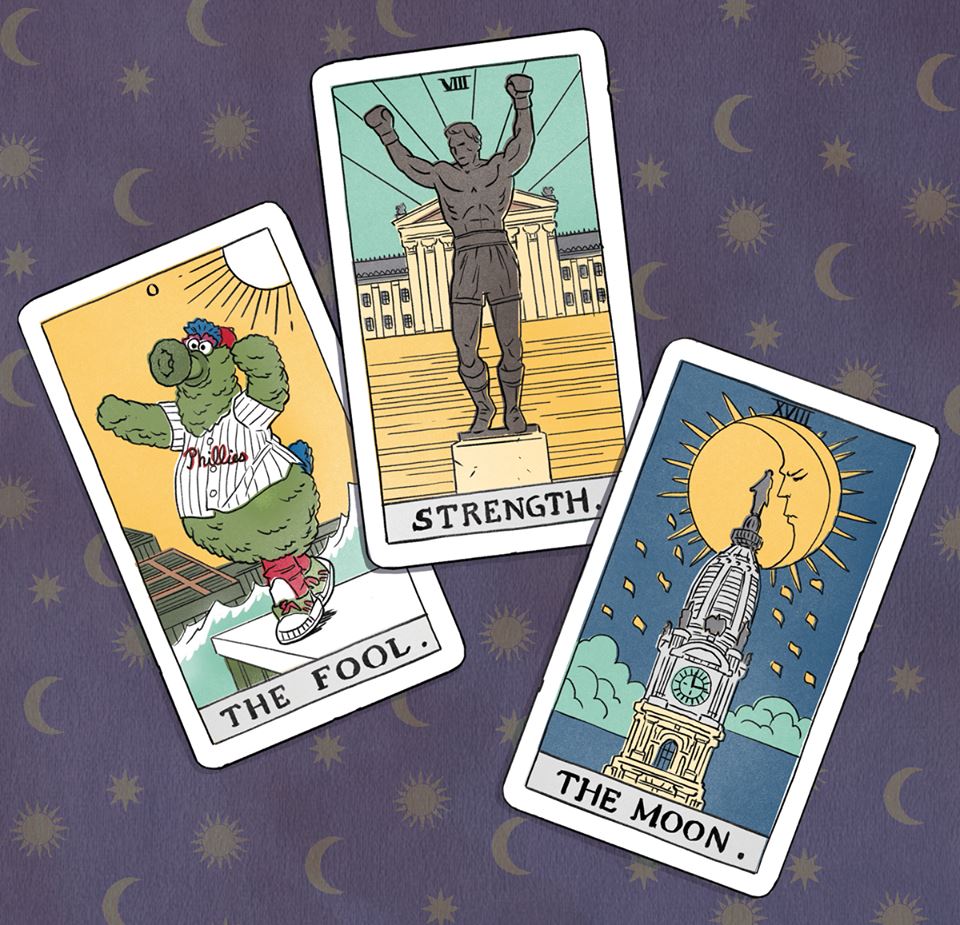 “People who are interested in this project, that’s what they’re really responding to,” he said.

For an artist who primarily works in digital media, the opportunity to switch from his Wacom tablet to a crow quill pen has been a welcome one.

“I feel a real connection to [Smith]  in that way.”

Even in paying homage to Smith’s legacy, Boyle is of course doing his own creative work, defining the parallel images that comprise Philadelphia tarot.

He’s not a tarot scholar, but hopes his work will satisfy fans of the rich symbolism contained in Smith’s deck; at the least, Boyle is excited to helm a project that adds to its legacy.

“What is old becomes new again,” he said. “You put a new spin on something, and hopefully it catches on.”