Trending
You are at:Home»People»Collingswood Neighbors Remember Seema Singh as ‘Sunshine in the Community’

The late Quick Stop owner, who was found slain in her Pennsville apartment Tuesday morning, was mourned by the Collingswood neighborhood in which her business had operated for 17 years. 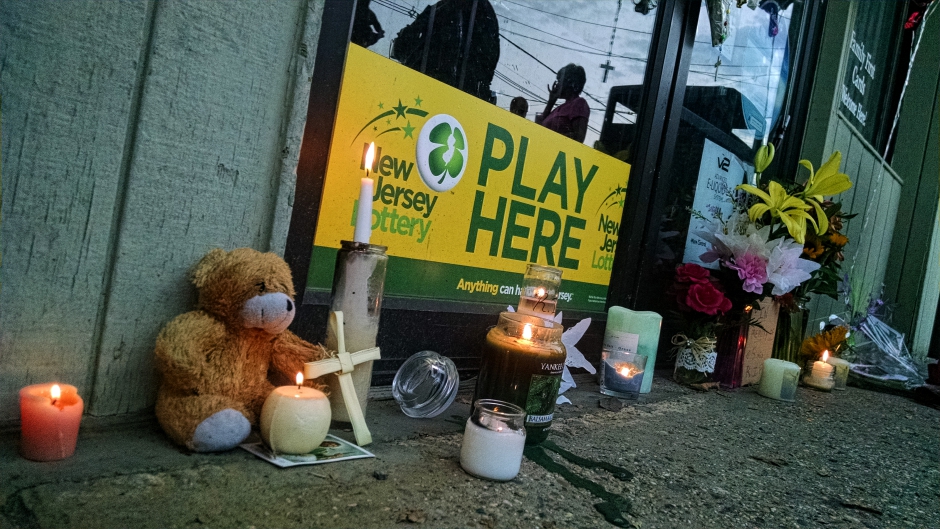 Tributes to Seema Singh were left outside her store. Credit: Matt Skoufalos.

The Collingswood Quick Stop was closed Tuesday—an unfamiliar sight—but by 8 p.m., its parking lot was full of neighbors from the surrounding blocks, as the community gathered to mourn the passing of Seema Singh.

For the past two decades, Seema Singh and her husband, Nitin “Pal” Singh, had operated the convenience store at the corner of Collings and Richey Avenues.

But on Tuesday morning, police called to their Pennsville apartment allegedly discovered Nitin Singh standing over the body of his slain wife. He remains in Salem County jail on first-degree murder charges. Their three children are reportedly in the custody of the state, according to The News of Salem County.

In Collingswood, neighbors who had patronized their business since 1999 hugged one another or murmured in disbelief. Timothy Tarte, reverend at the St. John Apostolic Church in Camden and a neighbor, spoke of the incident in terms of divine might and mystery. 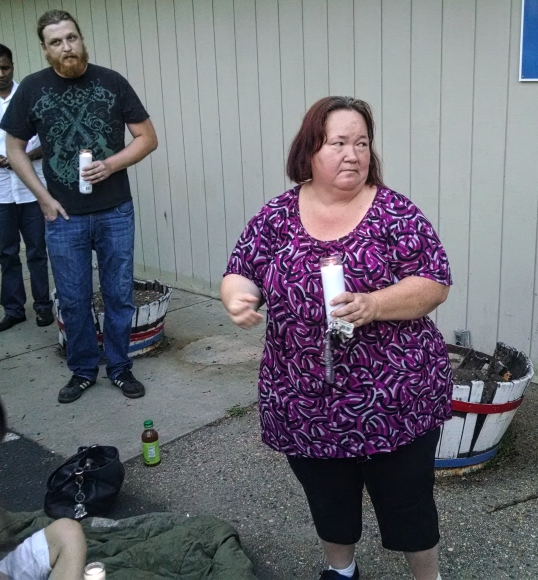 Tarte prayed for the safety of three children who lost one parent to violence and may lose the other to incarceration.

“We ask you to touch the children. When there is no one around, God, you’re gonna be there.”

Tarte described the Singhs as “a blessing to the community” who would be “sorely missed.

“All we can do is keep their legacy alive,” he said. “We will see her in the by and by.”

Seema Singh always had a smile or an encouraging word for her customers, said Karen Rodriguez, a deacon and fellow neighbor.

“She lived a life as a mother to every child in this community for 20 years,” Rodriguez said. “She was the sunshine in this community. From the smallest child to the biggest adult, she loved each and every one of us.”

Rodriguez urged those gathered to follow Seema Singh’s good-natured example in her absence. 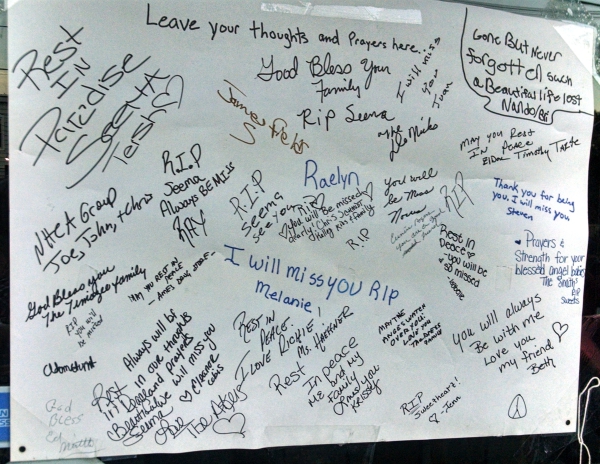 He said her business was a frequent relief for his staff.

Both Ramola and neighbor Marie Dress said they were shocked by the incident.

“My kids, grandkids would love to see her,” Dress said. “She would give them ice cream.

“They were a nice family.”

The First Baptist Church of Delaware is collecting for the Singhs’ children. Click here for details.