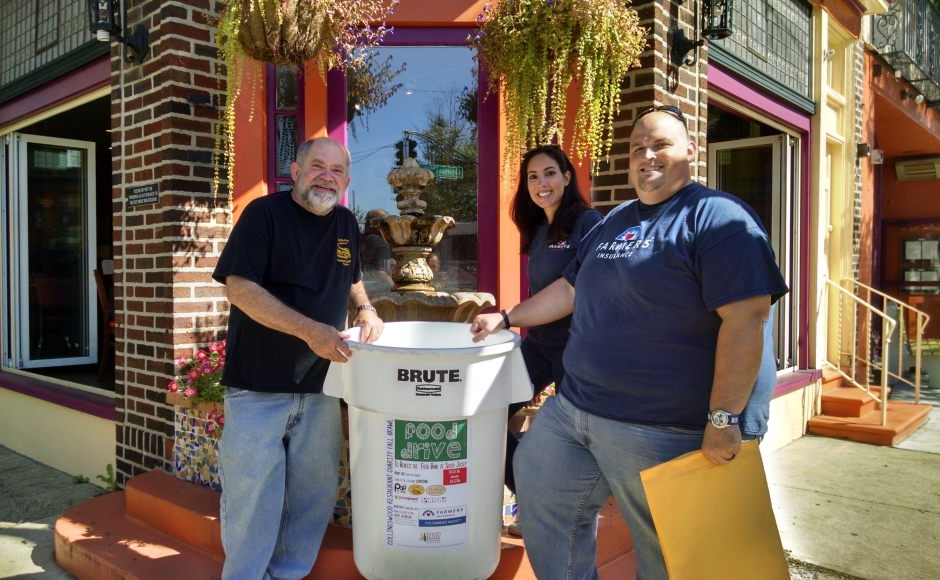 For the next two weeks, five Collingswood restaurants—Constellation Collective, Grooveground, The Pop Shop, The Tortilla Press, and Villa Barone—are going to the mat for hungry families in South Jersey.

Friday kicks off the Collingswood Charity Fall Brawl, a pro-wrestling-themed food drive to benefit the Food Bank of South Jersey.

Sponsored by longtime Collingswood resident Jason Rameriz of the Rameriz Farmers Insurance Agency, the contest pits a handful of borough eateries in a race to bring in the most donations between October 7 and 22.

The winning restaurant gets a year’s worth of bragging rights—and a “real-deal championship belt, Rameriz said.

“We’re very lucky to have as many restaurants around here as we do because it makes it easy,” he said. “All five of these restaurants were onboard before [the event] was on paper.”

Rameriz got the idea from a fellow insurance agent, Glenn Jacobs, better known to WWE fans as the wrestler Kane. To incentivize a five-restaurant food drive in his Tennessee coverage area, Jacobs volunteered to be a celebrity guest waiter at the establishment that collected the most donations in a similar event this June. 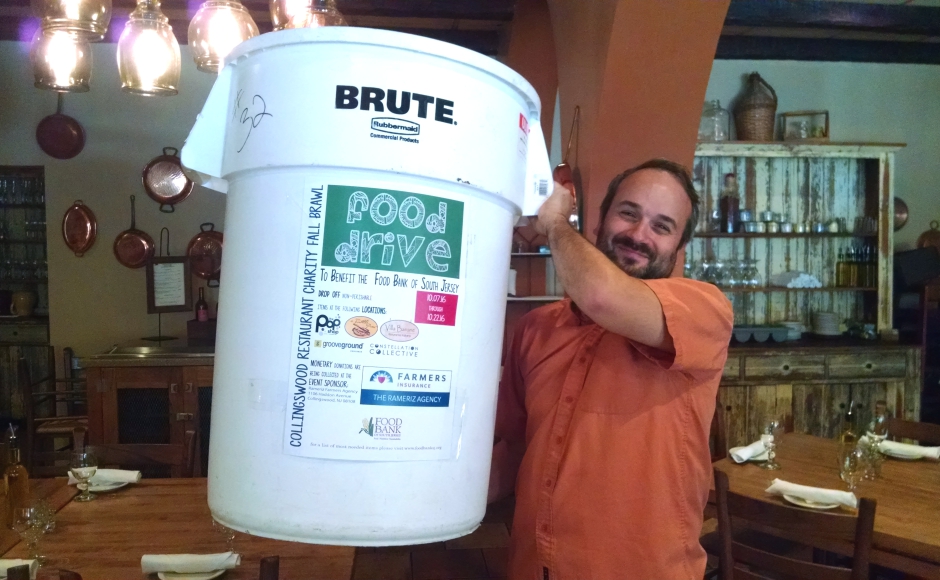 Rameriz may not have Jacobs’ star power, but he does have a hometown with a competitive spirit and the will to rally for a worthy cause.

“We have such a sense here of a village,” said Emily Talley, Rameriz’s community engagement specialist.

“This is a great way to positively impact our community and the communities around us because the Food Bank ultimately serves a larger community in South Jersey,” Talley said.

The participants are eager to get the competition off the ground, too, with many walking a line between confident and conservative trash talk. All agreed The Pop Shop seems like an odds-on favorite, and owner Connie Correia stepped into the spirit of the event, giving competitors a taste of her mic skills.

“We are looking forward to winning,” Correia said. “We are going to win. We are ready to win.” 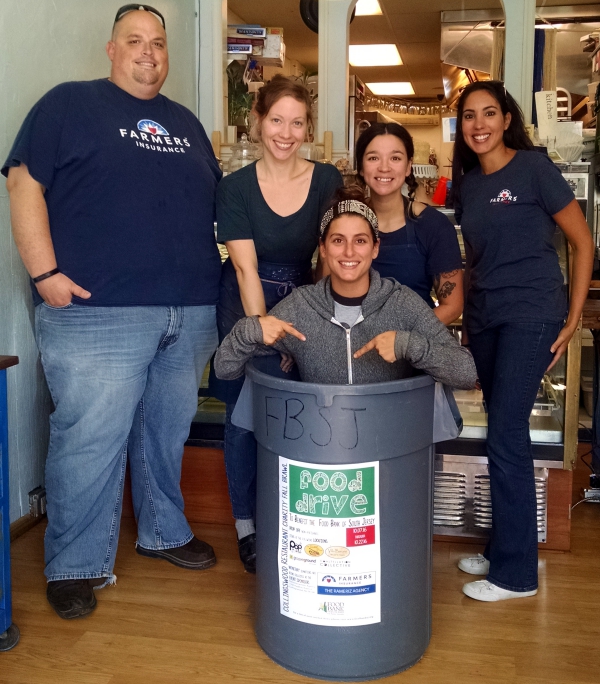 “We’re super-stoked to be able to participate. Lending an air of competition to it for a good cause heightens the fun,” she said.

“In the end, it doesn’t matter as long as everyone gets what they need,” Rocco said.

“[But] Grooveground’s clients bring it. Our customers always come through.”

“Part of our original mission statement is to support the local community, and we’ve held consistent with that for 14 years.”

The Rameriz agency will also be collecting monetary donations for the Food Bank during the drive, of which Farmers Insurance will match up to $500. Residents who want to play along on social media can use the hashtag #collsfallbrawl or visit the event page on Facebook. (Click here for a list of the food bank’s most-needed items.) 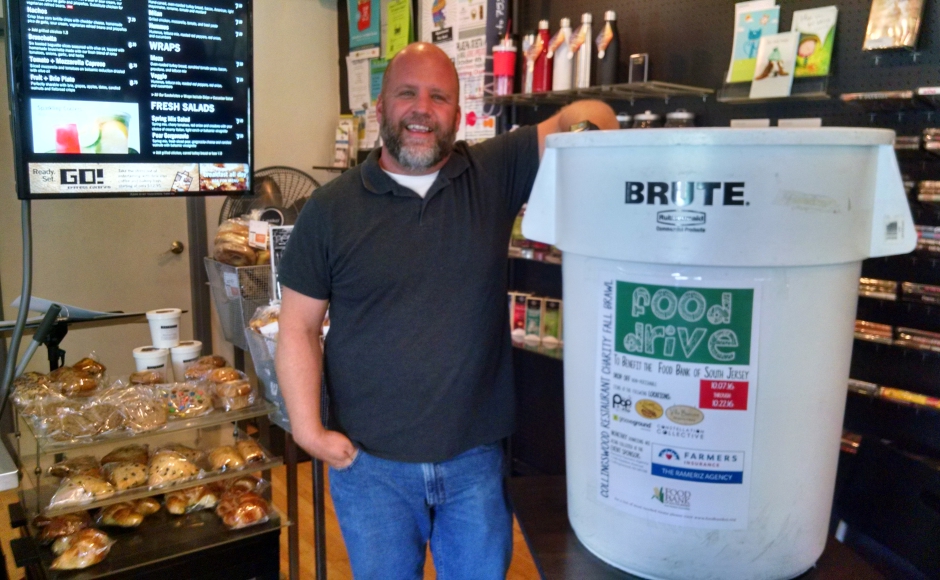 As a wrestling fan, Rameriz offered his take on the odds of each restaurant winning the challenge (based on their level of pre-contest smack talk), and which pro wrestler he thinks most embodies their spirit in the contest. 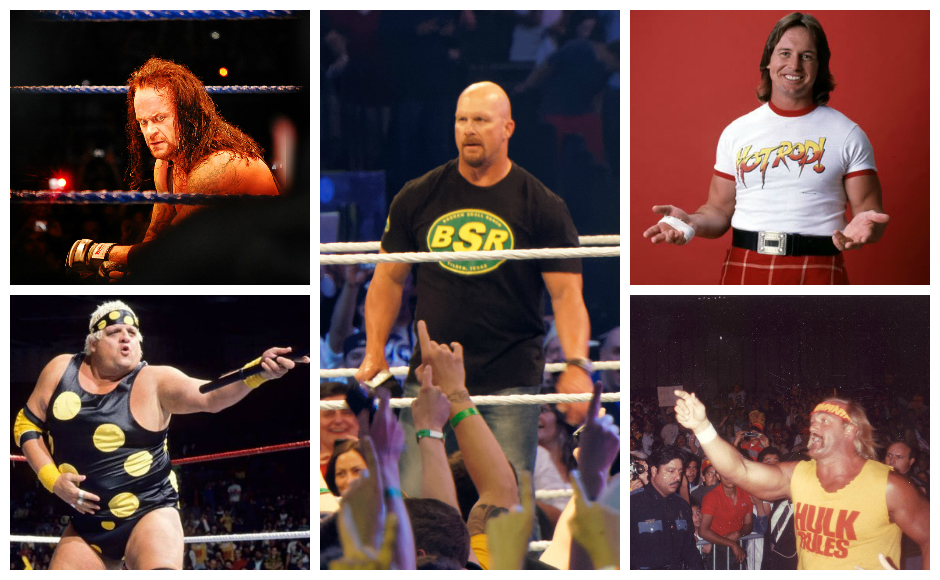