Trending
You are at:Home»Business»Collingswood’s The Pop Shop Sells to New Owners, Preps for Renovations

Owners Bill ‘Stink’ Fisher and Connie Correia will sell their Collingswood eatery to Gary and Joanne Gardner, their partners at its Medford satellite location.

“Our happy memories are beyond counting, way too many highlights to list here. But through it all… through all the customers and employees that have become our extended family; through sharing the shop with our two amazing boys, our parents and our siblings; through all the “pop pop pop”s, fun events and New Years parades; through celebrating our benchmarks and our own family’s special events here, we have been honored and proud to be a part of the lives of our community, our customers and staff. You have all been our family and we’ll always be grateful.”

“We’re very grateful to have had this opportunity,” Correia said. “Our kids have gotten to grow up here. We’ve had staff that met and got married; we’ve been through lots of Pop Shop babies.”

Correia and Fisher have steered the Collingswood restaurant through a host of changes in the decade-and-a-half in which it’s operated. They opened it in 2005 as husband and wife, and maintained a working partnership through their divorce, after which Fisher opened a second location in Medford in 2015.

Gary and Joanne Gardner of Medford, who joined Fisher as operating partners in the second Pop Shop, will take over the business in the deal. No staff layoffs are anticipated as a part of the changeover.

Correia will stay on to help with the transition, and will handle marketing and events for the Collingswood restaurant. Fisher, an actor and real estate agent, said in a farewell letter that he will launch Fox and Fish, a catering company, with his wife, chef Jessica Floyd:

“Connie and I were told how hard the restaurant business was; how so many had failed within their first year and that the benchmark for a successful concept was passing the 3-year mark …well we did that …almost five times over. And during that time we managed to be named Best of NJ, Best of SJ, Best of Philly, Best Kid’s Menu in America numerous times, to which we always have been very grateful.

“We’ve been named Nickelodeon’s Best Family Restaurant. Actually, we been named many things over many years, and we are beyond thankful for all it. And in between, we just about Beat Bobby Flay on Food Network, and also had another Food Network show about our inception to opening called Recipe For Success.

“The last 14 years have been nothing short of a crazy roller coaster ride with amazing turns, drops, curves, climbs and amazing thrills. Through it all, I think the thing that sticks out the most is the lives we touched.”

“We’re ready to move on, and they were interested in buying it, and it made sense,” Correia said. “[The Gardners]  really care about The Pop Shop as well. They’ve put their time in in Medford, and it seems right to put those forces together. 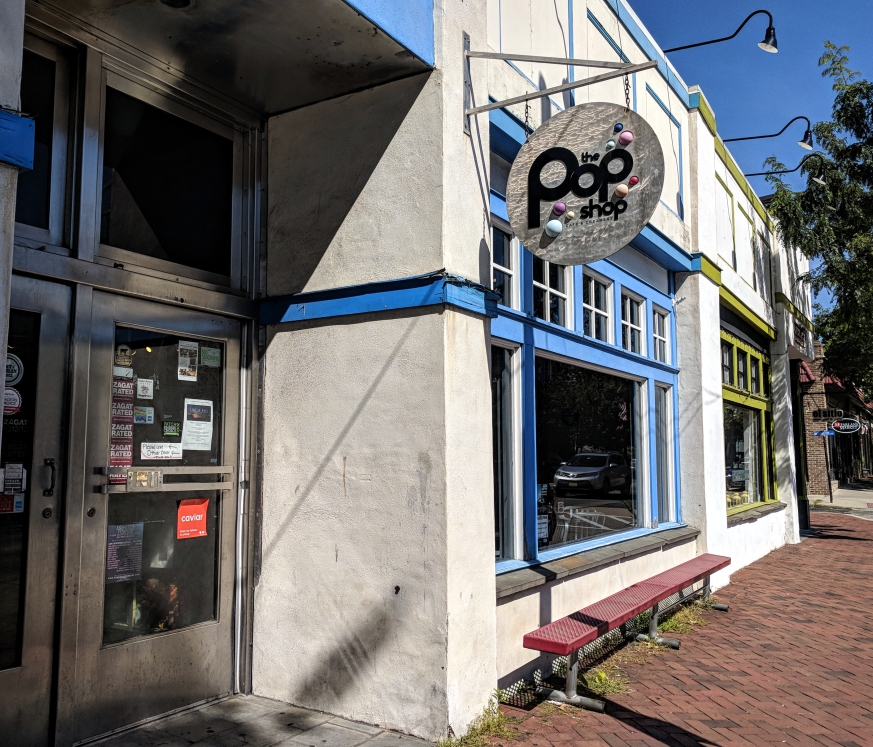 “The most important part for us is we wanted the restaurant to stay in business,” she said.

New owner Joanne Gardner said she hopes to bring a revived enthusiasm to the business, starting with nine days of renovation work after closing tonight.

“We’re excited to be there, to bring both locations under one company, and make the business the best we can make it,” said Joanne Gardner.

“[Collingswood] is a good location, a nice restaurant, and I think when we have both of them together, it’ll do even better,” she said.

The restaurant will reopen at 4 p.m. September 12 after “some cleanup and some face-lifting,” Gardner said. She also plans to standardize the menus at both locations within the next six months.

“Collingswood is a great town and we’re excited to support it and help The Pop Shop grow,” Gardner said.