Meanwhile, the family of the departed child issued a statement asking for some breathing room from inquiries into the case. 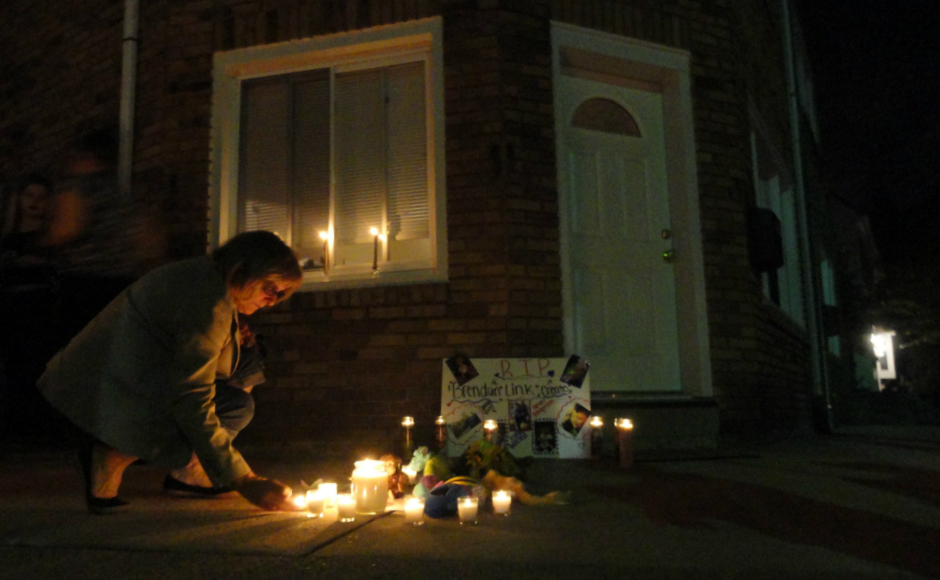 “What can we do as individuals to make this a better place?”

For the couple hundred Haddon Township residents who surrounded the apartment building at the corner of Cooper Street and Virginia Avenue, their faces lit by candlelight, it was evident that the question need not have been asked.

At the end of a day that began with the search for three-year-old Brendan Link Creato, and concluded with the recovery of his body, introspection and soul-searching had been abundant for a dizzying 12 hours in the neighborhood.

Outsidr the home from which Creato had been reported missing, the neighbor who invited those assembled to offer up their own sentiments was met with little more than silence.

“Support the family,” was finally returned from one voice in the crowd, to murmurings of assent.

(Neighbors have started a GoFundMe page to help offset the cost of the child’s funeral arrangements.)

Although no one else was moved to speak before the group, a handful of residents took the opportunity to offer their individual thoughts on what had unfolded Tuesday. 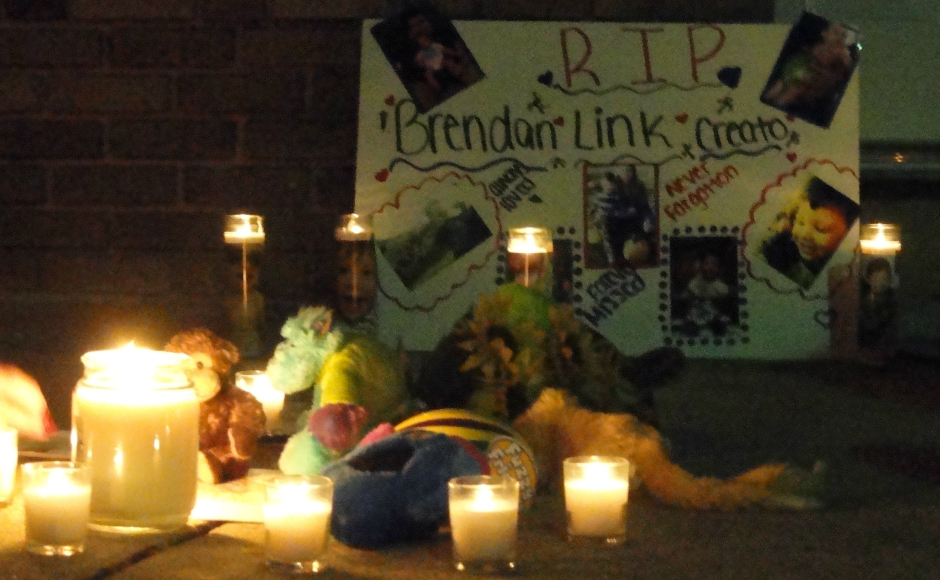 Rev. John Bohrer of Holy Saviour Church in Haddon Township, which opened Tuesday night to receive mourners, hoped “that somehow God will give the family and the community strength in this dark time.

“Our prayer is that people will feel the strength of God tonight,” Bohrer said. “Hopefully strength and light comes to them.”

Seventeen-year-old Autumn Cooklin, who said she had been a close friend of the Creato’s aunt, Lexi Denoto, and who remembered when Brendan was born, expressed her condolences to the family.

“I love you guys more than you know, and baby Brendan will forever have a spot in my heart,” Cooklin said, adding, “Hush, little baby, don’t you cry.”

Neighbor Ken Hockenbury remarked on the constant presence of helicopters overhead throughout the day, and gripped his daughter close to his side.

“You hug your babies,” Hockenbury said. “Life is short; life is precious.” 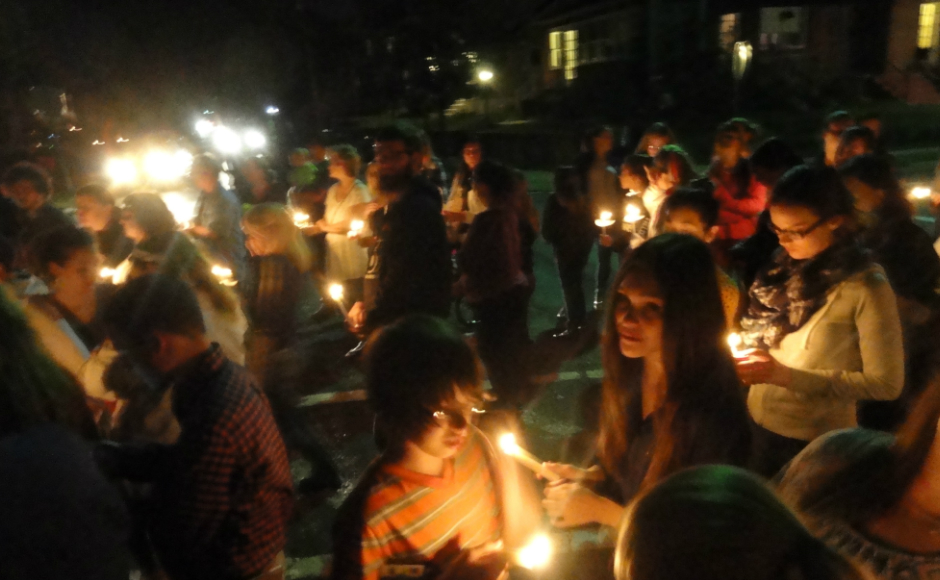 Erin Chatelain of Cherry Hill, who had returned to her native Haddon Township to join the vigil, said the story had spread to former Haddon Township residents throughout the area and online, and noted how the turnout Tuesday night had exceeded her expectations.

“I’m just sorry for their loss,” Chatelain said. “I have a child of my own.”

Sue Teague, who attended the vigil with her teenaged daughters, said the shock of losing a child resonated with her as a mother, too.

“Rest in peace, Brendan,” she said. “We will keep you alive in our hearts.”

Samantha Denoto, Brendan Creato’s mother, also offered a public statement Tuesday night, thanking the community for its support and at the same time asking for some space to grieve:

We are heartbroken by the loss of our beautiful boy, Brendan Creato. Along with the Creato family, who also lost a son and grandson, we are grieving and tremendously saddened.

We thank the community, which searched this morning for Brendan and gathered tonight in his memory. We appreciate your efforts and kinds words.

We do not have any answers about what occurred.

We do not intend to make any further statements. We do not plan to speak to the media. We request that we be provided with privacy during this very difficult time.