Fourteen new cases are spotted in Camden County, as local COVID-19 patients are hospitalized at a 20-percent rate. Freeholders say Camden County testing site will not open “for a few more weeks.” 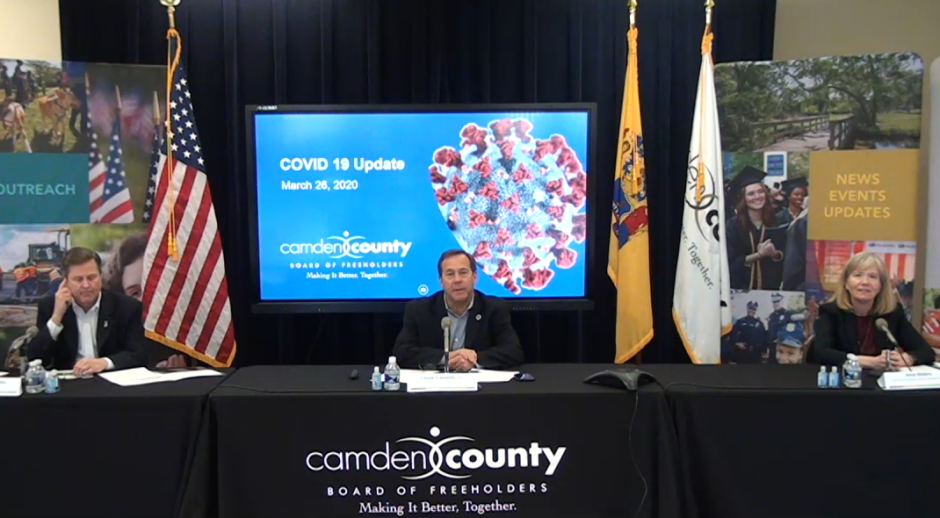 Those figures bring the statewide total to 6,876 cases of COVID-19, and include another 19 deaths, for a total of 81 statewide.

Murphy urged residents to continue to follow the statewide stay-at-home order, saying, “Please think of others across our state, let alone within your own family, whose lives depend on you doing the smart thing, or the right thing.”

The governor also announced that schools statewide will remain closed for the foreseeable future, and that he “will not revisit this question until at least April 17.”

In a separate briefing, the Camden County government announced 14 new local cases of COVID-19 County, bringing the county total to 84.

Camden County Freeholder Director Lou Cappelli told residents the county is managing to suppress its caseload “because of the actions you are taking,” but added, “our spike has begun in Camden County.”

The community hardest hit has been Cherry Hill, with 25 cases in total; other communities in the county have five or fewer, Cappelli said. About 21 percent of all patients who test positive are being hospitalized.

The Freeholder-Director also noted that the county will not be able to open its testing site in Blackwood “for a few more weeks” amid a shortage of test kits. Instead, any testing done locally will be facilitated by the Cooper, Virtua, and Jefferson Health Systems.

“Although we are prepared to go with our infrastructure, we can’t get these kits,” Cappelli said. 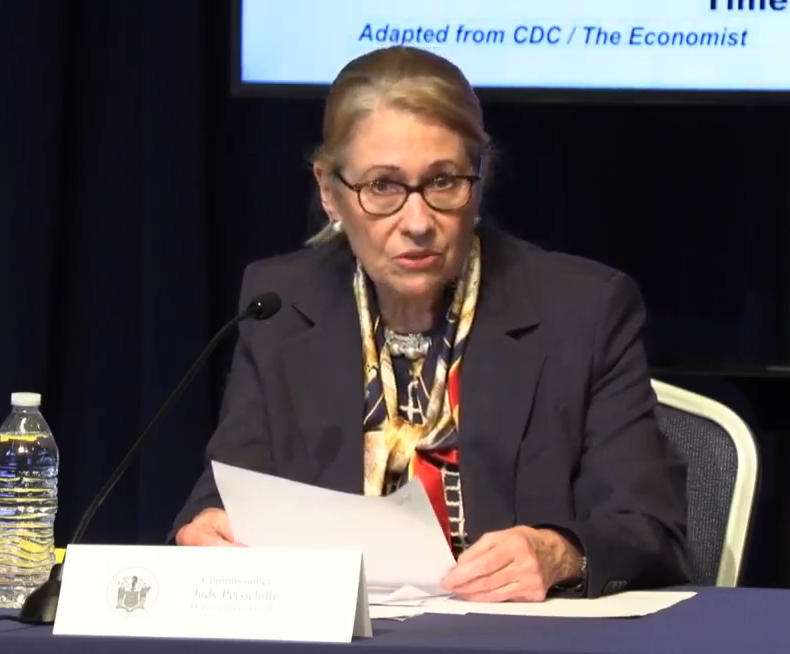 A significant number of cases continue to originate among vulnerable populations, as 43 of 375 long-term care facilities in the state have reported positive for at least one case of COVID-19, she said.

Three of the 19 new fatalities announced Thursday connected to the virus were of patients “associated with a long-term care facility,” Persichilli said.

Four confirmed COVID-19 cases have originated among staff in the state correctional facilities, although no inmates have yet been affected, Persichilli said.

Persichilli also said that Level I trauma hospitals throughout the state have been designated as coordinating entities for surge monitoring, critical care, bed utilization, and liaising with the state Department of Health. Most health systems are still struggling with access to personal protective equipment (PPE) and ventilators.

“The need for critical beds is being felt now prior to what we would call the actual surge of all cases requiring hospitalization, since symptomatic individuals are entering hospitals at a higher rate,” Persichilli said.

The federal government has already announced the delay of income tax filing from April to July 2020, and New Jersey “will overwhelmingly, almost certainly move” its filing deadline for state taxes, Murphy said.

The governor noted that more than 3.3 million Americans filed for unemployment benefits last week, including 155,000 New Jerseyans, which is 16 times the amount who filed last week.

He pointed to the statewide jobs portal as another option for people looking for work, which showed 12,000 open positions as of March 26.

Of the new cases tracked in New Jersey over night, 436 originated from mass testing sites at the PNC Bank Arts Center Holmdel and Bergen County Community College, Persichilli said. On Saturday, both will be accepting symptomatic healthcare workers and first responders only for testing.

Murphy said that starting April 4, PNC Bank Arts Center Holmdel will then devote every Saturday for those cases exclusively.