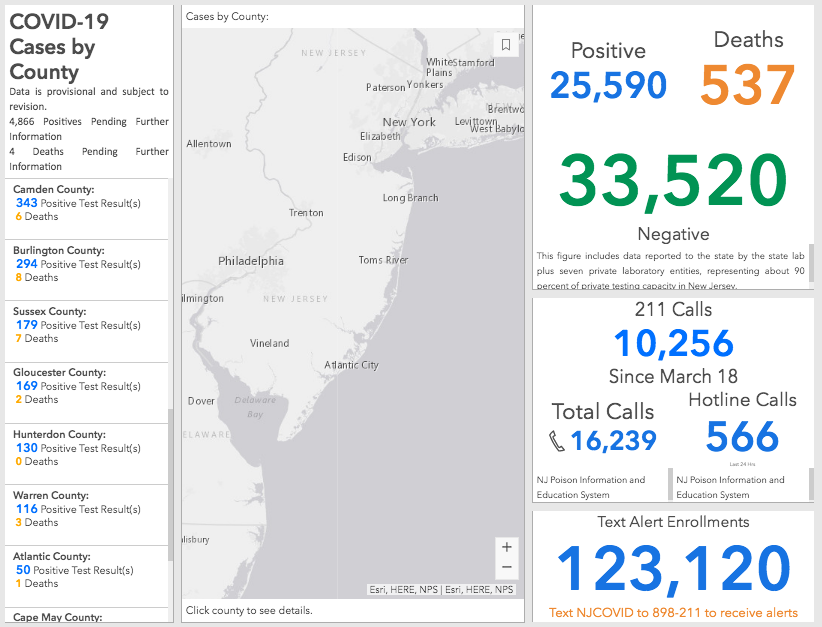 Another 48 Camden County residents have tested positive for novel coronavirus (COVID-19), bringing the local case total to 350, according to a statement from the Camden County government.

Eight county residents have perished from complications related to the virus.

No new deaths were announced Thursday, and the county government said the local hospitalization rate fell to less than 10 percent, or fewer than 35 cases.

That’s better news than people elsewhere in New Jersey got on a day when another 182 residents lost their lives to complications from the virus, bringing the statewide total to 537 deaths.

The new local cases are:

“Trace investigations are being facilitated with the patients, and remain ongoing,” the county government said in a statement. “The county Health Department is currently working with the New Jersey Department of Health to trace close contacts of these newest cases.”

On Thursday, 73 residents were also screened for COVID-19 in the second day of mass testing at the county site in Cooper’s Poynt Park in Camden City.