Plus, the state plans to roll out the recently developed Rutgers University saliva test for the virus throughout homes for adults with developmental and intellectual disabilities. 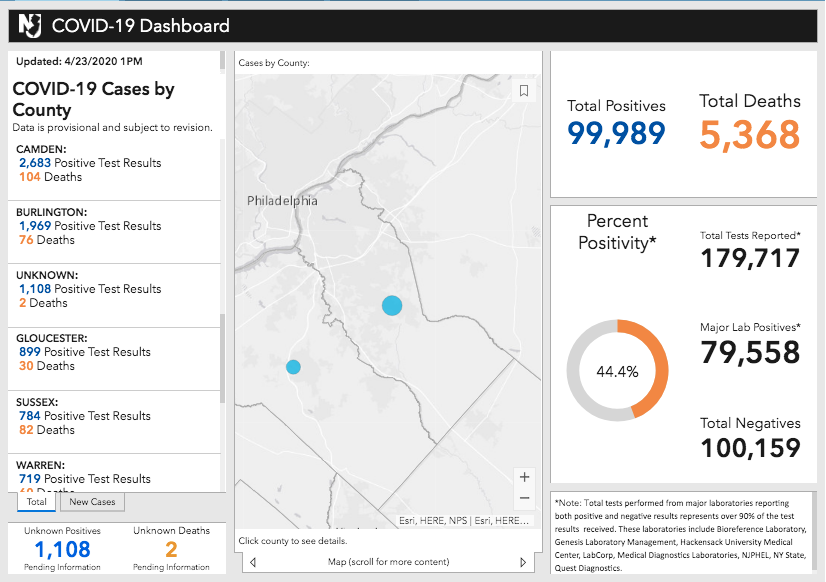 Sadly, 307 more New Jerseyans have perished from COVID-19-related complications, for a total of 5,368 lives lost in the pandemic.

Throughout the state, 8,284 residents were hospitalized, either with a confirmed case of COVID-19 or while awaiting results of a test.

Of those, 1,990 residents were in either critical or intensive care, of which 1,462 (73 percent) were on ventilators, the lowest percentage in 18 days, Murphy said.

In the last 24 hours, 728 new residents were hospitalized with COVID-19 symptoms and 752 others were discharged, either to lower-acuity centers or to their homes.

“Let’s remember that there are tens of thousands of residents who have received a prior positive test result who have now defeated the virus,” Murphy said. 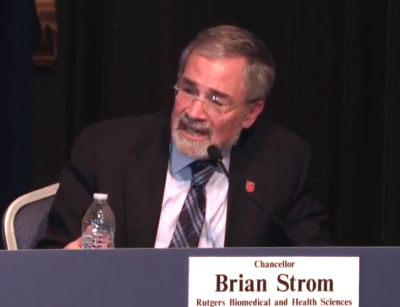 Rolling out the Rutgers saliva test

Among its advantages over the swab tests being administered at sites throughout the state and country, Strom said the saliva test decreases exposure to the virus, increases sample processing by a factor of four, cuts the use of personal protective gear by 90 percent, and eliminates the need for swabs and viral transport media, “which are the key rate-limiting steps.

“The reason most states can’t do enough testing is because they don’t have enough swabs,” Strom said. “We don’t need the viral media.”

He said that the saliva test could also improve upon detection rates seen with the swab test, which “has a sensitivity of about 70 percent, so it misses about 30 percent of cases.

“If you don’t go in far enough, or make the patient uncomfortable enough, you’re going to miss things,” Strom said. “The saliva test, all you need is 50 CCs of saliva.”

Next week, the state will begin using more than 5,500 saliva tests on 1,200 residents and 4,300-plus staff at five state centers for adults with intellectual and developmental disabilities, Murphy said.

Within the next two weeks, Strom said New Jersey will begin testing staff and employees at 31 Camden County long-term care sites, which have been battered by the virus. New Jersey Health Commissioner Judy Persichilli said her office has already begun testing 3,000 long-term care residents and staff at 16 facilities in South Jersey.

However, for widespread, rapid-results testing of asymptomatic individuals to be carried out sufficient to widely open the state, New Jersey will also need to add contact tracers to investigate the path of the virus.

Persichilli said as many as 80 contact tracers could be required for every 100,000 people in the state, which would mean roughly 7,056 would be needed for its population of 8.82 million. 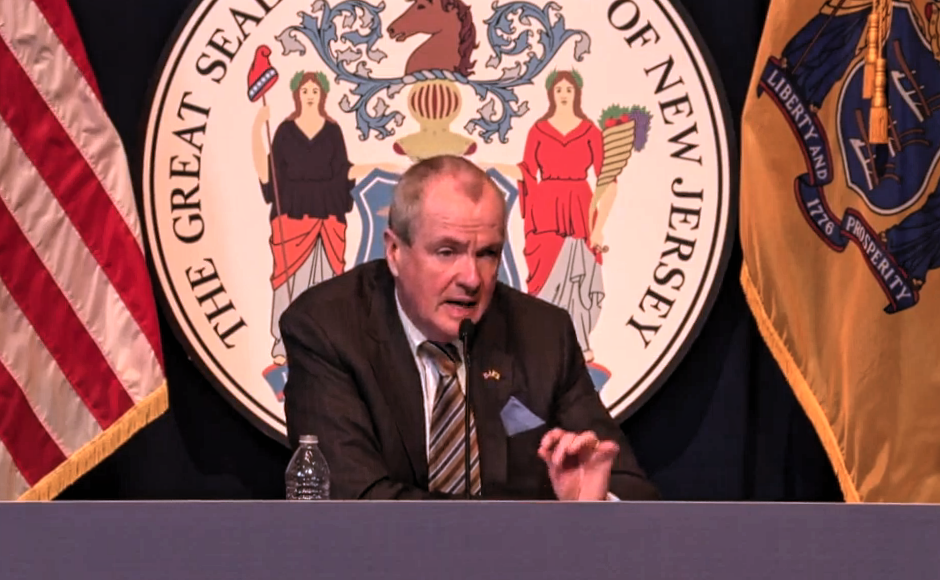 CARES Act dollars may be unusable

Murphy continued to press for direct federal relief from the national government, both in the form of additional assistance and by loosening restrictions on the U.S. Treasury department’s guidance for use of funds it received from the CARES Act.

In addition to the state disbursement of $1.8 billion, another $1.6 billion was made available for the governments of Bergen, Camden, Essex, Hudson, Middlesex, Monmouth, Ocean, Passaic, and Union Counties, according to the Treasury.

“Even this funding, while deeply appreciated, is woefully insufficient to address the scale of the revenue loss that we are experiencing due to our mitigation efforts,” Murphy said.

The Treasury stipulates that payments from the Coronavirus Relief Fund only be used to cover “necessary expenditures incurred due to the public health emergency,” which weren’t accounted for in prior state budgets, and which were incurred between March 1 and December 30. Otherwise, states have to give the money back.

Those conditions don’t help New Jersey much if “you can’t use it on anything that you budgeted for last year,” said Murphy’s Chief Counsel, Matt Platkin.

“In a very strict interpretation, we’re going to have to return most of it,” Platkin said. “As we’re falling off a fiscal cliff, this money that was put into the CARES Act as a recognition for what states and governors have done to address the pandemic is now of little to no use to us.

“This guidance doesn’t work,” he said. “It doesn’t reflect the realities on the ground.“

Without additional relief and a loosening of these requirements, Murphy said New Jersey’s public-sector workers like teachers and first responders would pay the price for working the front lines of the pandemic. The state has already issued $1 billion dollars in unemployment benefits; since March, 15, 858,000 New Jerseyans have filed for unemployment. A year ago, that number was 84,000, the governor said.

“If the federal govenment doesn’t do its job and support New Jersey’s families, we may not be able to keep our teachers, cops, firefighters, and paramedics employed—the very people who are on the front lines every day,” Murphy said. “And we’ll have to send this money back to Washington.”