‘We’re in a holding pattern until we get a couple of numbers,’ says builder. 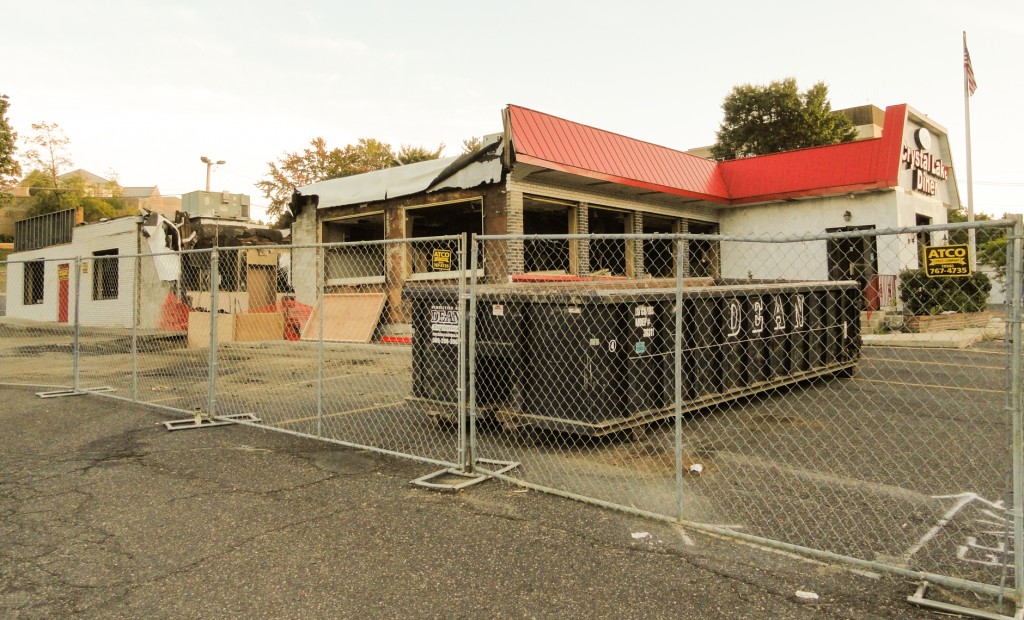 The Crystal Lake Diner is primed for a renovation, according to construction officials. Credit: Matt Skoufalos.

After a devastating fire this spring that displaced a number of longtime staffers, the Crystal Lake Diner, Haddon Township’s landmark eatery, is ready to rebuild.

Details of its renaissance are scarce at this point, but there has been movement at the property in recent weeks.

Although no plans for any official repairs have yet been submitted, Haddon Township Construction Official Edward Toussaint said that they shouldn’t be far off.

“Only a portion of the building will be taken down,” Toussaint said in an e-mail. “The rest will be salvaged and rebuilt.”

Dean Enterprises of Tabernacle, NJ told NJ Pen that the company completed a selective demolition on the property in late September. 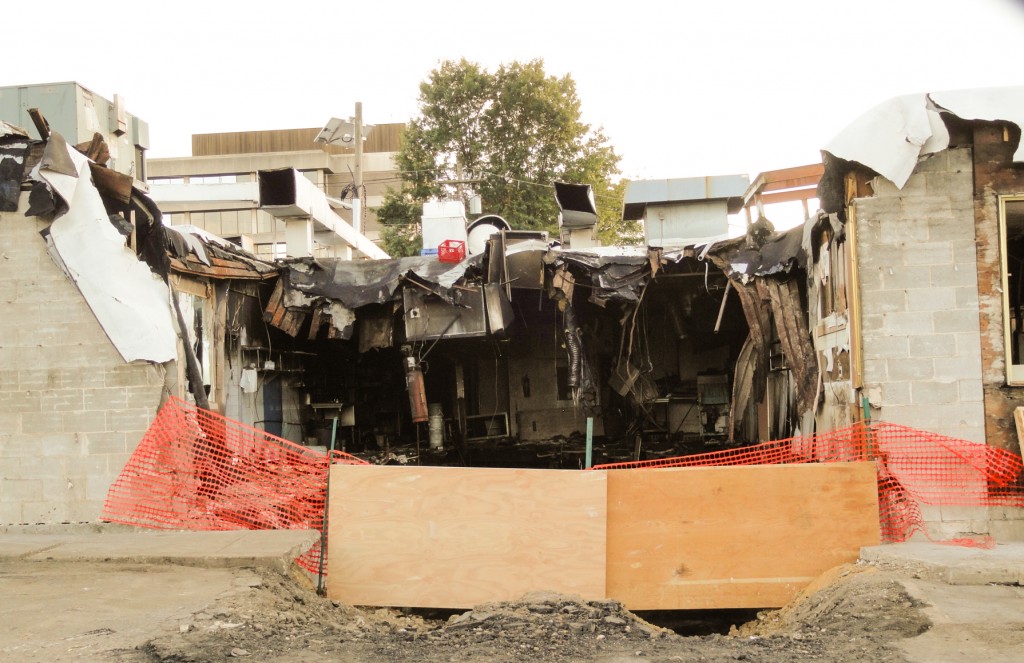 A look at some of the devastation suffered by the diner this spring. Credit: Matt Skoufalos.

Charles Kojeski of the Voorhees-based Kojeski Construction, which is working on reviving the property, said that final plans for the diner are in flux until negotiations with its owners’ insurance company are concluded.

“We’re actually still in the process of adjusting,” Kojeski said. “We did a minor clean-up out of the kitchen area. We’re in a holding pattern until we get a couple of numbers.”

Kojeski added that firmer details would likely be available later in the month.