Willingboro-based Delco Development will create a multi-phase, 240-unit rental community on the 35-acre property, which has lain dormant for 11 years. 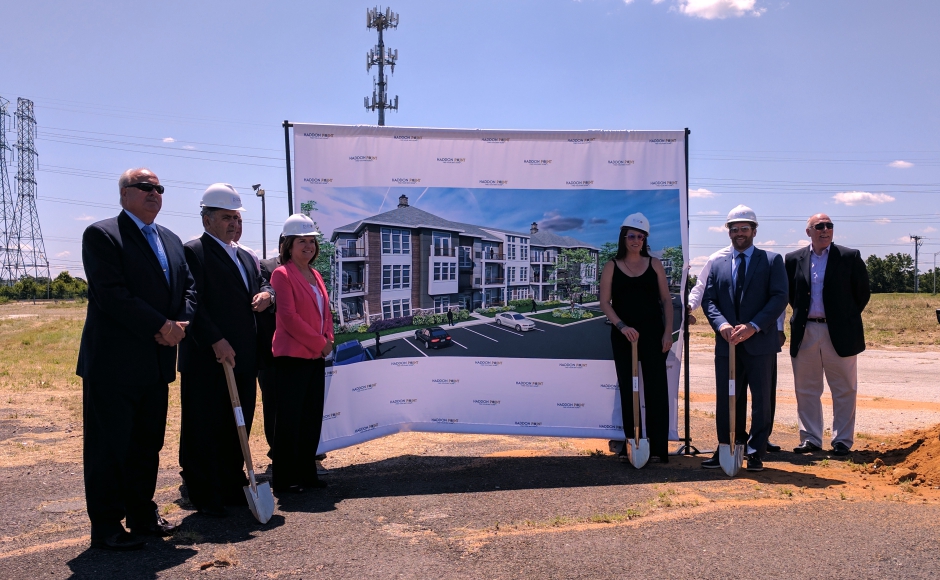 Since it was shuttered in 2006, the Pennsauken Mart has been something of an albatross for the township in which it was situated for half a century.

But on Wednesday, the local government was all smiles as developers put their ceremonial shovels in the ground at the 35-acre property, signaling the start, at last, of new life on the long-dormant lot.

Pennsauken Mayor Betsy McBride called the groundbreaking “a momentous day” for the township, which is celebrating its 125th anniversary; in a nod to the 14-year stagnancy of the project, she also joked that residents have waited “almost that long for this site to be developed.

“When the mart disappeared, we definitely had great expectations for the future of this site,” McBride said. “It’s a beautiful parcel that sits on the crossroads of many of our highways and byways in South Jersey.”

The project is the first foray into residential properties from Willingboro-based commercial developer, Delco Development, which specializes in hospitality properties. Its president, Tom Juliano, joked that the change wouldn’t be problematic. 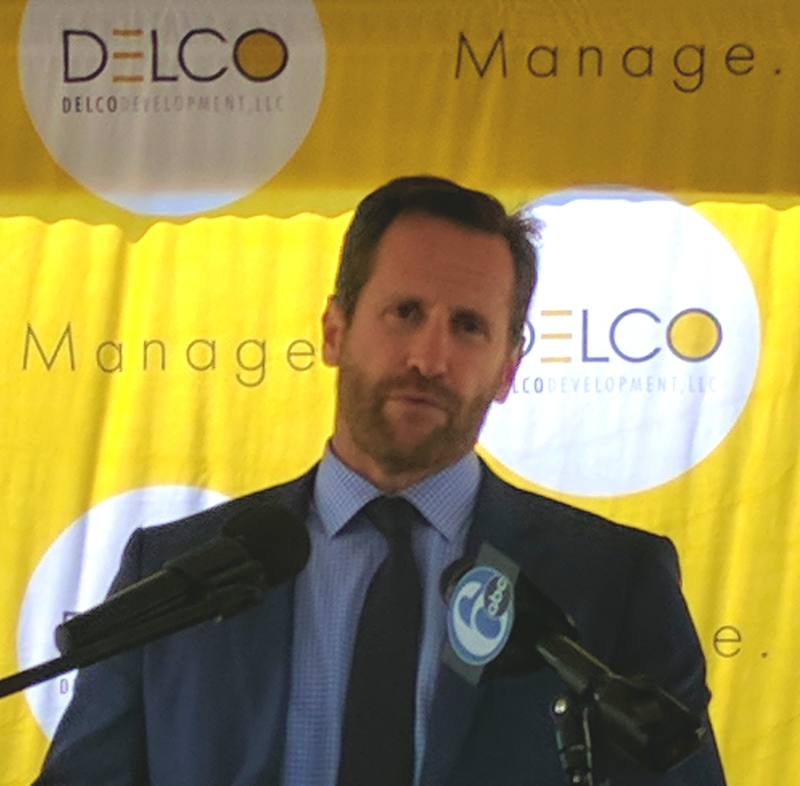 “We check people in and out of our hotels every day,” he said.

In addition to the strengths of the property, which sits at the intersection of Routes 73, 130, and Haddonfield Road, Juliano said he felt emotional about the opportunity of restoring the parcel that used to house the Pennsauken Mart of his childhood.

“Growing up around here, everybody knows the mart,” Juliano said.

“This is a project that we’re going to take to heart,” he said. “This is something I think everyone’s going to be proud of.”

The first phase of Haddon Point will create 240 one- and two-bedroom rental units on half the site, which was purchased from the Camden County Improvement Authority for $6.2 million, and for which Delco was awarded a 30-year PILOT (Payment In Lieu of Taxes) agreement. The project will not contain any affordable units; Juliano ballparked rents at $1,600 to $1,900 per month.

He also promised that the site would contain “the best amenities and technology” available, including an outdoor pool with firepits and an outdoor kitchen, a clubhouse with recreational activities, and an asphalt jogging.

McBride touted the half-million-dollar investment in landscaping that would frame the site, which will have a gated perimeter.

Highway-adjacent, it also contains a bus stop, and the county government has committed to repaving Old Haddonfield Road to smooth the approach.

“We hope people will want to live and stay in this community,” Juliano said; McBride echoed his remarks, noting that she hoped the young professionals at whom it’s aimed would later settle permanently in the township.

Camden County spokesman Dan Keashen said the project, which had suffered from challenges both economic and environmental in the past decade, demonstrated confidence in the strength of the broader regional landscape.