Trending
You are at:Home»Business»‘Dinner at the Club,’ Joey Baldino’s Debut Cookbook, Celebrates the Italian Immigrant Experience in Philadelphia

Co-written by Adam Erace with photographs by Trevor Dixon, it presents a century’s worth of recipes from Abruzzo to Calabria to the 1400 block of South 12th Street. 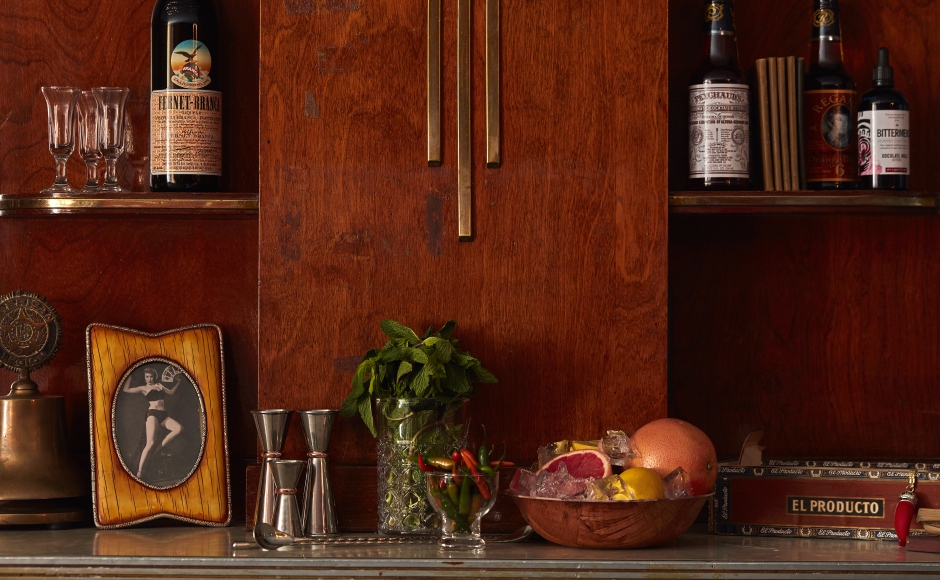 The counter at the Palizzi Social Club. Credit: Jason Varney.

Dinner at the Club: 100 Years of Stories and Recipes from South Philly’s Palizzi Social Club isn’t just a cookbook so much as it is an exhumation of the immigrant experience and a celebration of family legacy.

Like one of his softball-sized arancini, the literary debut of chef Joey Baldino is warm and satisfying, stuffed with details that others might have discarded along the way in pursuit of something newer.

Baldino’s gaze, however, is cast in both directions at once—back, across the Atlantic Ocean, to coastal Abruzzo, Italy, and the families that established the Palizzi Social Club, and ahead, to an audience that is experiencing their traditions for the first time through his cooking.

His cowriter Adam Erace, said collaborating with Baldino is as much about their shared heritage as Italian-Americans as it is their shared culture as South Philadelphians.

“It’s such a personal project for me,” Erace said. “While it is a cookbook and it’s filled with amazing recipes, it’s also my love letter to South Philly and the crazy place it is.”

Both men came of age long after clubs like Palizzi were shadows of the vital institutions that helped immigrant communities of the early 1900s to gain a foothold in the New World. At a time when new arrivals from Italy didn’t speak English and couldn’t easily find skilled work, the club was a place for members to socialize in their native language, and to maintain the traditions of their homeland.

Originally exclusive to natives of the Abruzzo region, it was established in 1918 by a small group of families from the seaside town of Vasto, and named after one of its most famous painters, Filippo Palizzi. Their dues maintained the row home in which the club was situated; they also paid for emergencies, medical bills, and funerals. 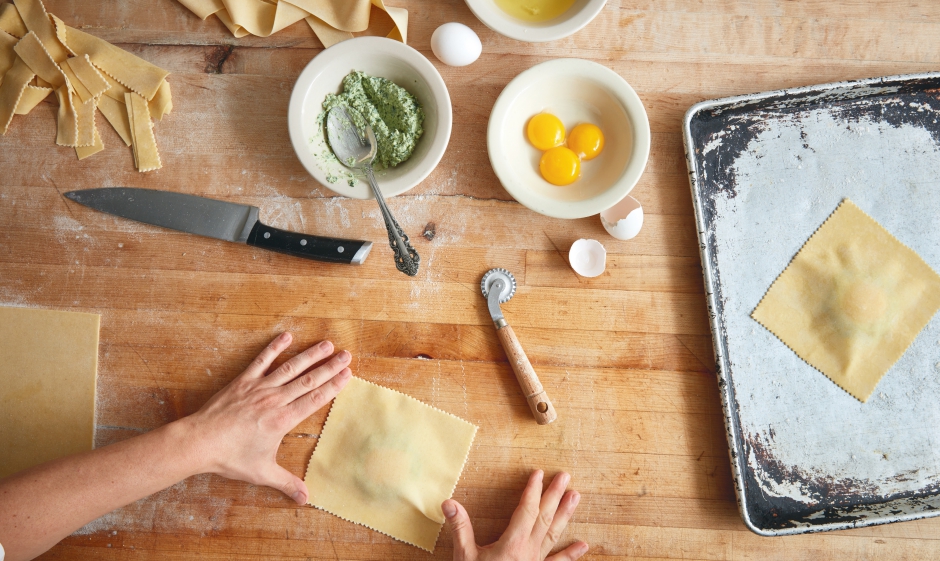 But through the years, its membership dwindled as those original families and their descendants assimilated into mainstream American culture.

As a child, Erace remembers clubs like Palizzi “dotted around the neighborhoods as relics of themselves.”

Baldino knew them as “a place for older guys to go and smoke and drink and eat roast pork sandwiches.”

By the time Baldino’s uncle, Ernest Mezzaroba, became president of Palizzi in 1975, the club was open only a few days a week. When Mezzaroba fell ill with cancer, its hours became even more sporadic. Nonetheless, Baldino remembers, “he kept it open right to the very end on Sundays after mass.

“At the very end, he was the last original member left,” Baldino said.

In recent years, speakeasies have become popular concepts for restaurateurs looking to cultivate a clientele that desires an intimate, exclusive experience. But that’s not why Baldino took on the work of reviving the Palizzi Club.

“When I went in there, I hadn’t been since I was 13,” the chef said. “I saw all the artifacts, all the ledgers, and how seriously they took the social club. I didn’t want to let that go.”

“This is a labor of love. It’s not something that I pre-planned,” Baldino said. “There were 15 presidents before me, and I’m just happy to take it over and continue what we do.” 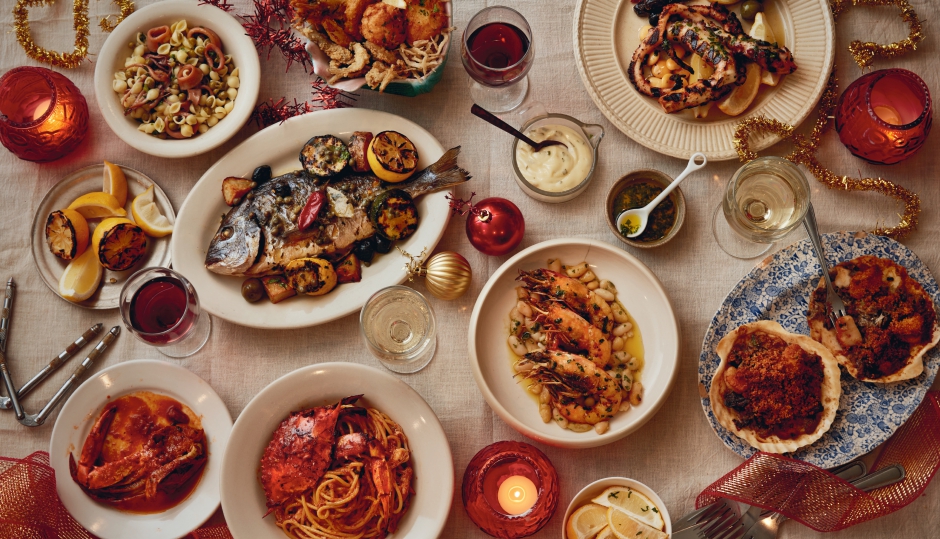 The Feast of the Seven Fishes. Credit: Trevor Dixon.

In addition to restoring the physical infrastructure of the building to operation as a full-service bar and restaurant four nights a week, Baldino importantly expanded its charter to welcome “all Americans; any race, any culture.

“These clubs were a way for [the founding members]  to build the community, and to have one,” he said. “To read their logs and what they were talking about, it just meant so much to them to become Americans.

“[I’m] about continuing the tradition and bringing it to everybody,” he said.

For Baldino, the linchpin of that tradition is its cuisine, and in a city awash in Italian cuisine, there are few who execute it as well as he.

An eight-time James Beard Award semifinalist for his Collingswood BYOB Zeppoli, the chef who got his start in South Philadelphia’s Italian neighborhoods celebrates their recipes in a kitchen where many of them were first executed.

Accentuated by the loving eye of Fishtown photographer Trevor Dixon, Dinner at the Club brings Baldino’s dishes to a broad audience in a highly accessible way. From appetizers through dessert and cocktails, the chef opens up his menus as though he’s opening the door to the kitchen at Palizzi and showing you around. 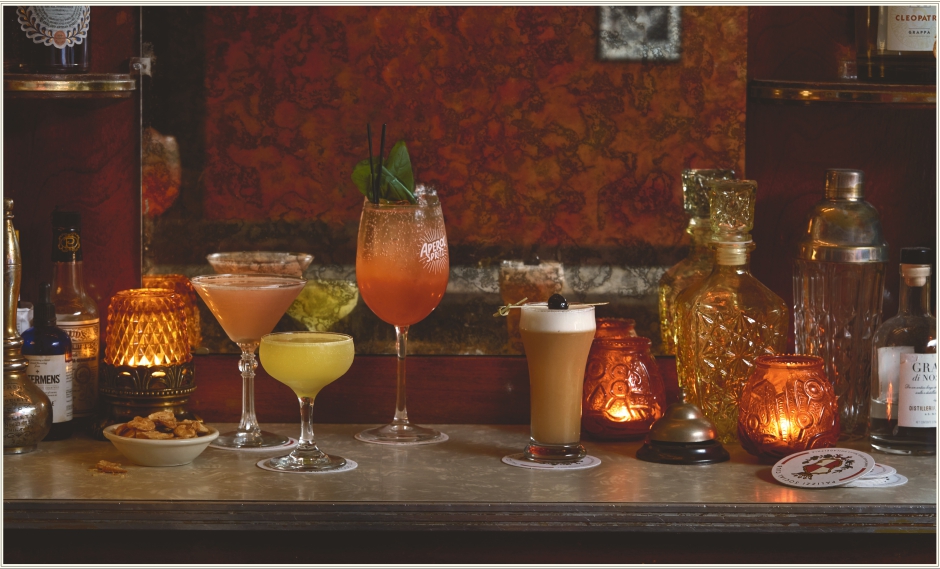 “There’s a ton of great utility in this book,” Erace said.

“I think it’s a really great balance between recipes that are approachable, but will also really make you a better cook at home.

“They come from Joey’s mother, grandmother, aunt, uncle, but they’re all filtered through the lens of a professional chef,” he said.

Among Erace’s favorites are the tomato pie and pizza recipes; for those seeking a low degree of difficulty with a “really high payoff,” the chocolate almond torta “is a real show-stopper,” he said. Similarly, Erace describes the method for making lemon curd in the lemon crostata recipe as “the easiest and most foolproof I’ve ever seen.”

But if you want to go for broke and plan a full Feast of the Seven Fishes, Baldino offers a playbook for every course, from shrimp and beans to calamari and peas. Prefer to tackle a beef braciole with Sunday gravy? The chef leads you through the steps of slow-cooking a boneless short rib with egg on the side. Braised rabbit, sweet fennel sausage, grilled lamb—it’s all here.

Baldino carries the homage through with his cocktail list, a mixologist’s pop quiz named for each of the founding families on the club’s original charter. They range from the citrusy Laverghetta, an Aperol spritz with prosecco and grapefruit juice, to the smoky D’Adamo, a brown-butter-washed Amaro blend with a salt rim.

They’re all items you could order when dining out at Palizzi or Zeppoli, presented with the same care and fidelity in print as in person. If you don’t make it to the club—entrance is still limited to guests of members, and memberships are only available on a limited basis—you can still enjoy the experience at home.

But, as Erace says, that doesn’t mean you shouldn’t make an effort to get there in person.

“When you walk in and that drape parts, it’s a special moment,” he said.

Dinner at the Club: 100 Years of Stories and Recipes from South Philly’s Palizzi Social Club is published by Running Press.