Even after dropping a heads-up game against their former coach, the Flyers are still on the good side of their eight-game road stint. 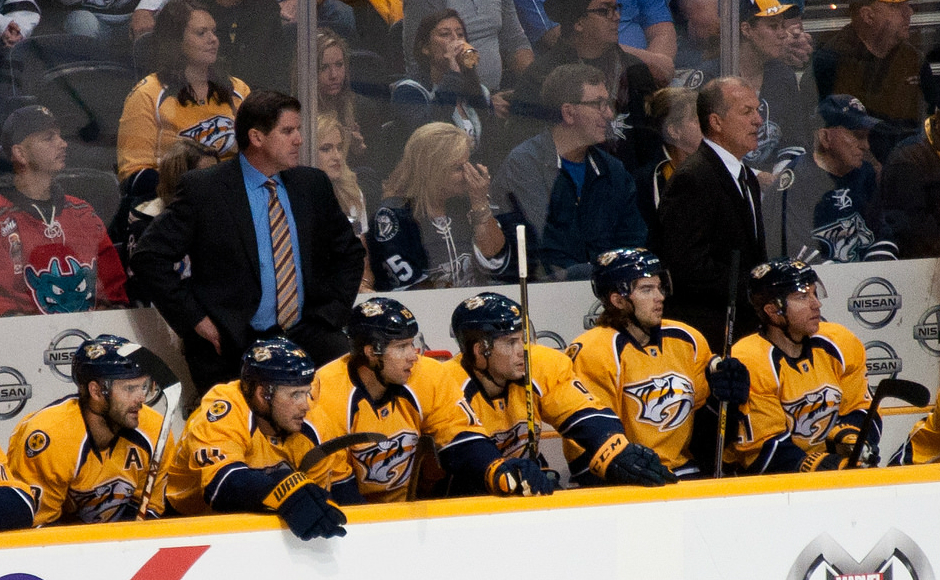 Special teams play was the difference-maker again for the Philadelphia Flyers on Saturday, as Craig Berube’s squad surrendered three power-play goals in a penalty-laden contest against the Nashville Predators team.

The Predators, of course, are coached by Peter Laviolette, who took the Flyers to Game Six of the 2010 Stanley Cup Final, and was released from his contract in 2013.

It was the first time the old coach faced his former team.

Philadelphia went 0-4 on the power play, while Nashville cashed in on three of their five opportunities, including two goals just 38 seconds apart in the middle period.

Ray Emery was stout in the loss, saving 35 of 38; at the other end, Nashville netminder Pekka Rinne stopped 26 of 27 shots.

Star Philadelphia winger Jakub Voracek was kept off the scoresheet for just the eighth time this season Thursday, but it happened again Monday, when the Flyers fell down early against the Arizona Coyotes and failed to muster their comeback early enough.

Carrying a 2-0 lead into the third period, the Coyotes extended it to 3-0 on the power play. The Flyers added two goals from winger R.J. Umberger (on two assists from his linemate, Sean Couturier, for his 100th and 101st career points) in the final eight minutes of the game, but never completed the rally.

An empty-netter from Antoine Vermette brought the final score to 4-2 in favor of the home team, and Philadelphia fell to 3-2 on their eight-game road trip and 14-16-6 on the year.

The Flyers failed to score on the power play for a sixth straight game, and penalty killing was again shown to be Philadelphia’s evident weakness; the eventual game winner by Oliver Ekman Larsson came on the power play. Veteran Vincent Lecavalier took a game-high six shots in 14:56 of ice time–the most he’s seen in the last 11 games.

At the outset of this road trip, a trio of wins seemed to foretell victories to come.

In Toronto, the Flyers scored a season-high seven goals against the Leafs, with nine different players finding the score sheet. In Winnipeg, they parlayed contributions from the oft-scratched Vincent Lecavalier and 33-year-old rookie call-up goalie Rob Zepp into a win over the Jets.

After a 5-2 victory in Minnesota,  the team headed into a three-day holiday break at .500 for the first time since November 15.

Whether the rest or the holiday cooled them off, the Flyers will head to Colorado for a New Year’s Eve tilt with an opportunity to rebound against the struggling Avalanche.