Goalie Steve Mason shone in a 37-save performance, bolstered by a team that blocked 22 shots to earn their first win in six games. 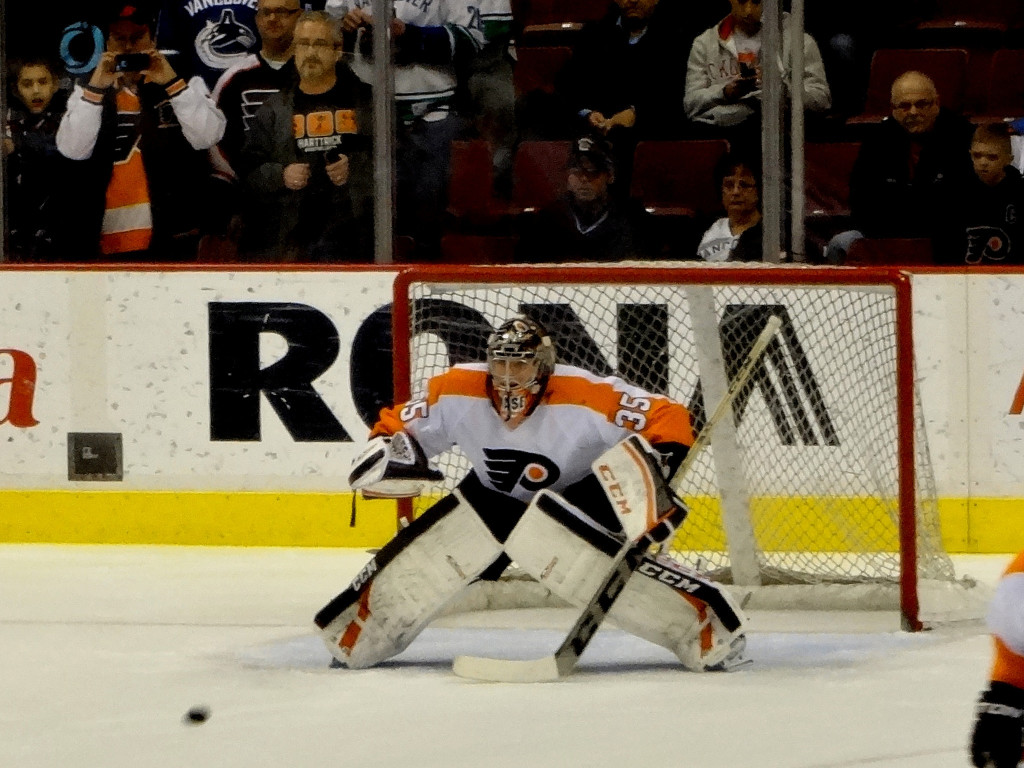 Steve Mason has been the main difference for the Flyers lately. Credit: Matt Boulton – https://goo.gl/6Ycy6V.

Mason was absolutely stellar, making 37 saves, including 15 in the final period; the Flyers took a considerably fewer 16, but they were enough to help them sweep the season series against the Kings.

The elusive away victory ended the team’s nine-game road losing streak and was its first since November 22.

Philadelphia has now picked up points in two straight games, and will come away from their California road trip going 1-1-1.

Their only regulation loss came on a last-second, game-winning goal by San Jose; otherwise, Philadelphia would have picked up points in all three contests.

In addition to Mason’s return to form, the Flyers penalty kill has stiffened in the past four games. Against the Kings, the orange-and-black killed off all five penalties they took, and thwarted 10 of 11 in the three-game trip.

“They did a great job, the PK tonight, for sure, including the goalie,” coach Craig Berube told reporters after the game. “[The penalty killers] won us the hockey game.”

Claude Giroux got the Flyers on the board first, something Philadelphia has managed in each of its last three games, finishing a nice give-and-go from defenseman Mark Streit. Giroux’s eighth of the season came just 4:35 into the first period. The Flyers are 7-1-2 when scoring the game’s first goal.

Winger Wayne Simmonds, who jolted himself out of a slump with a two-goal performance against the Ducks, padded the Flyer lead early in the second period. A pass from Sean Couturier hit Simmonds, who crossed the blue line and skated in, sneaking a power play goal through the pads of goalie Jonathan Quick and into the back of the cage.

The goal was Simmonds’ eleventh on the year, and puts him back in the club lead for the season. The Flyers have now scored on the man advantage in four consecutive games and 10 of their last 13.

Philadelphia gave one back in the early third period when last year’s Conn Smythe winner Justin Williams found a loose puck in the crease, but after that it was the Steve Mason show.

After the goal, which was scored 4:09 into the period, the Kings took 12 shots in a furious attempt to tie the game. Los Angeles was even given two power-play opportunities in the final five minutes of regulation, but the Flyers locked their play down for the win.

“Our penalty killers did a really good job,” Mason said after the game, “and that’s the type of effort in the D-zone that we need to win hockey games.”

Drop The Puck: The Flyers return home Tuesday to host one of the only teams in the conference with a worse record than their own: the Columbus Blue Jackets.